One day as you’re exploring the IGGPPCamp campgrounds, you hear a strange noise coming from behind a big rock. It sounds like a faint cracking sound. You cautiously approach the big rock and look behind it. There you see a large colorful egg – and it seems to be hatching… Let’s create our own adventuring companion with this pop-up hatching dinosaur craft! 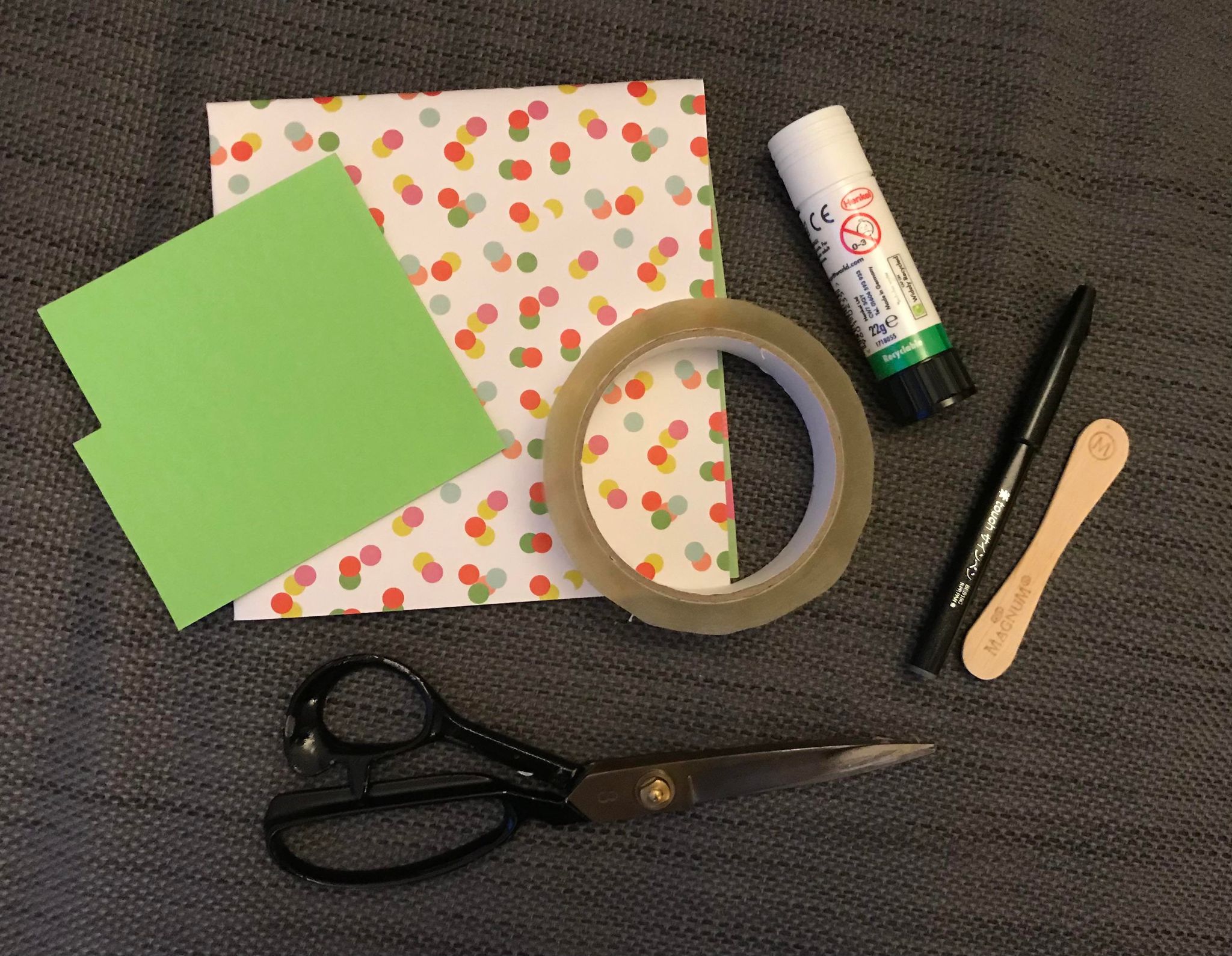 Hatch Your Own Dino Egg Instructions:

Step one – Cut out two identical eggs shapes from your cardstock. Cut the top off one of them in a jagged line, like a hatching egg! 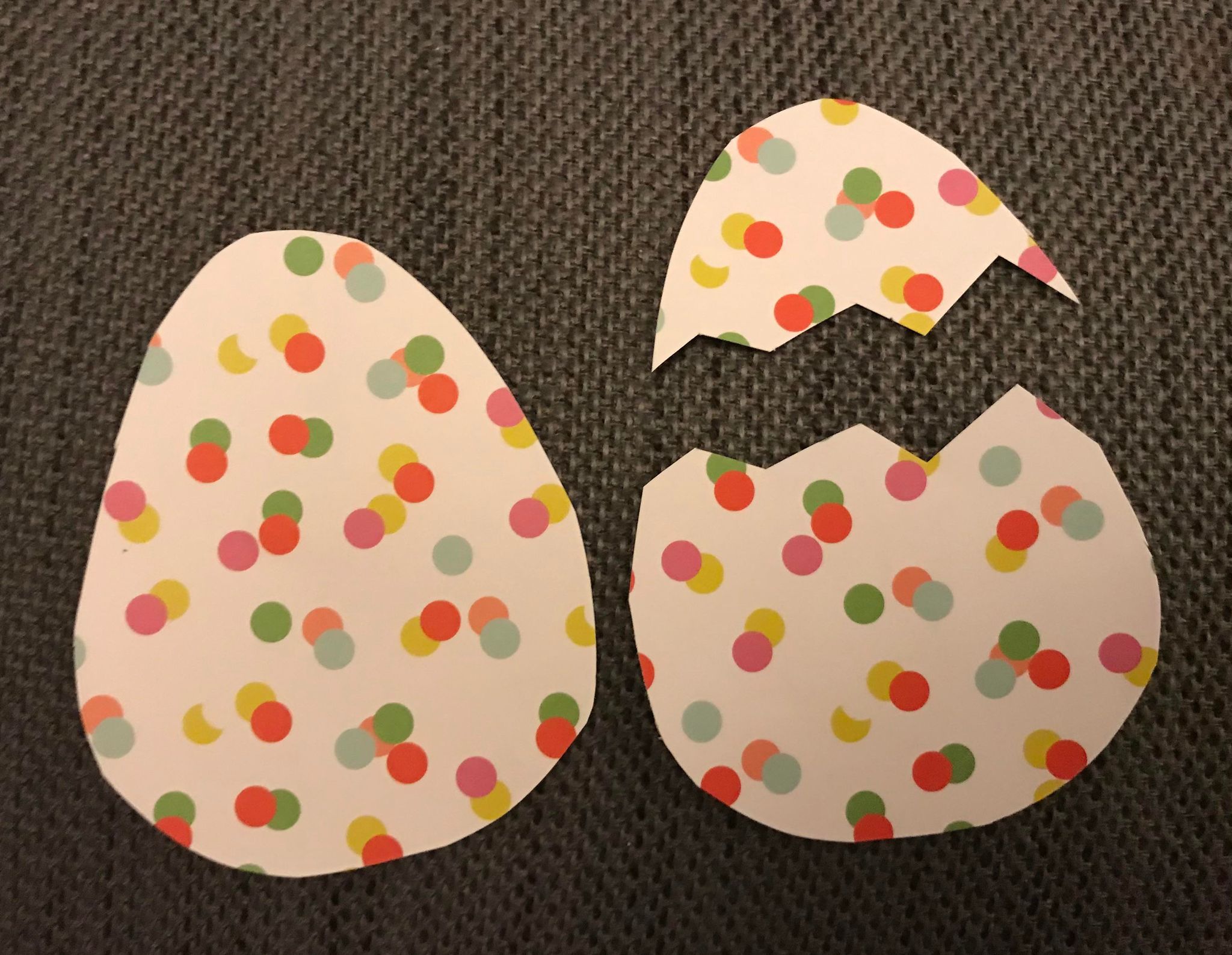 Step two – Draw or print your dino design and cut it out – your dino needs to be smaller than the egg, so they can fit inside! Stick the popsicle stick to the back of your dino. 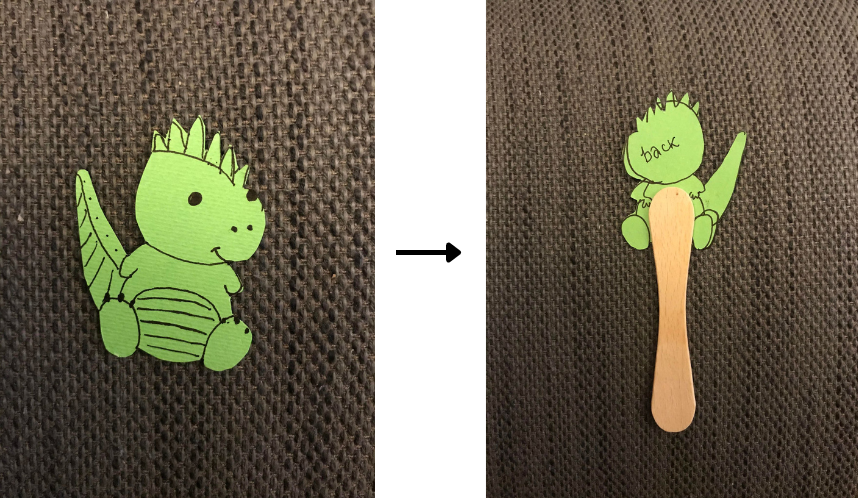 Step four – Take the top of your hatched egg card cutout and stick it onto your dino’s head so it matches up with the other half of the hatched egg. Now when you move your dino up and down, the hatched egg will move with it! My poor dino is a little clumsy and seems to have got their egg stuck over their eyes…

Congratulations on your new dinosaur friend! Make sure to show them off in the IGGPPCamp Discord and on Twitter by tagging @iggppcamp. Thank you to RedTedArt for the inspiration for this craft! 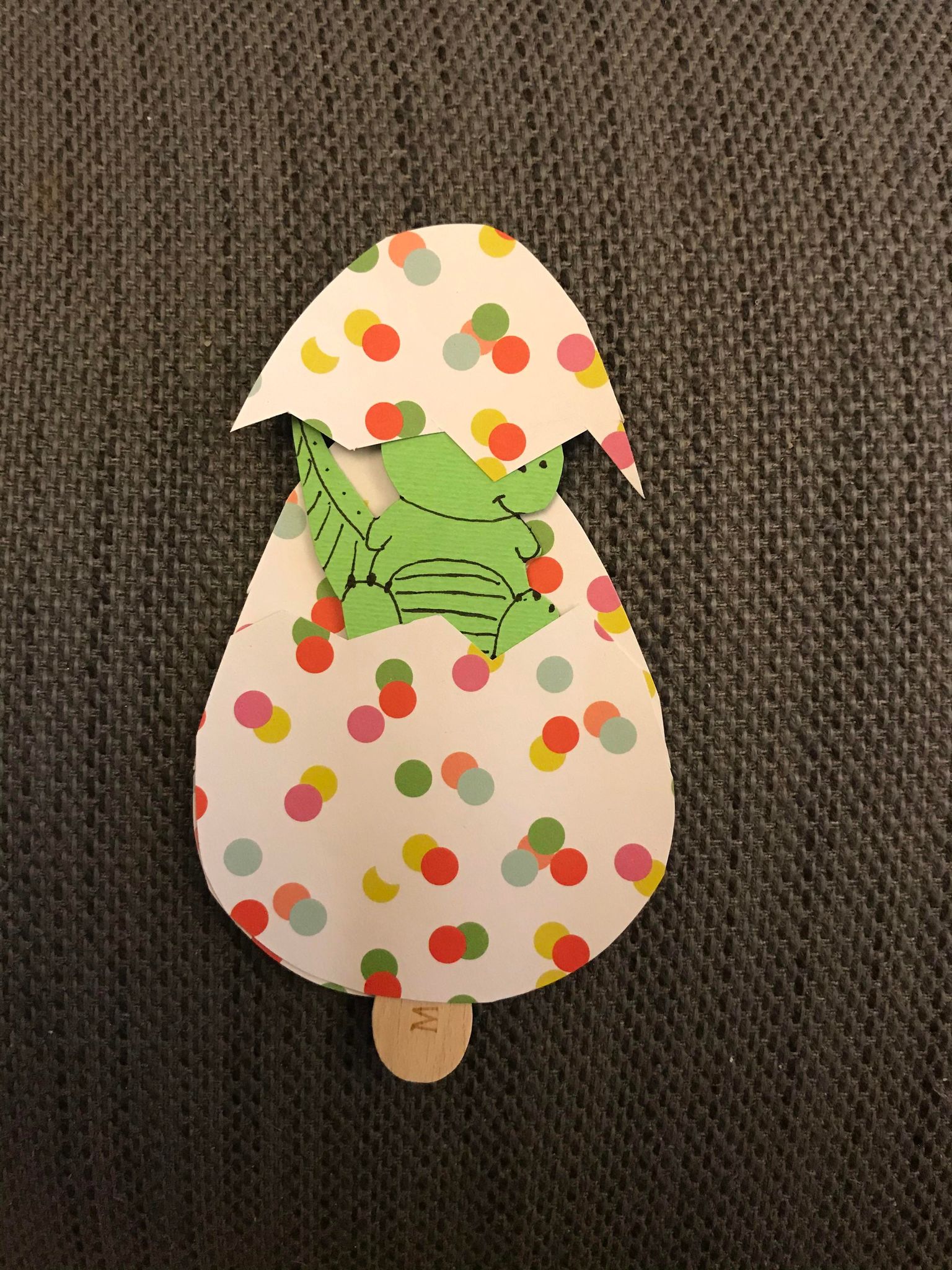 Contributed by Rhiannon aka Dispatch Specialist Bibbidi
Rhiannon is a cake-making cross-stitching camper from the UK. She’s one half of the IGGPPC social media team, and a fraction of the Iggle Wellness team too! You can find her on Twitter at @WritingRhiannon.