The Riverdale Review: Fire Walk With Me

The Riverdale Review: Fire Walk With Me

Welcome to The Riverdale Review, a continuing series on the ever-popular television drama, Riverdale. Today, we are covering the fourteenth episode of the third season, Fire Walk With Me.

This week’s article is dedicated to Luke Perry, star of Riverdale (among other projects), who passed away recently. Thanks for everything Luke. You will be missed. Rest in Peace.

The first of these stories kicks off the Fire Walk With Me episode. We have been waiting since last week to see the repercussions of Alice’s decision to sell the Cooper family home, so it’s unsettling when last week’s ominous cliffhanger is met with this episode’s stark-white happiness. As Alice spruces to make the place look nice for prospective buyers, Betty cuts through the facade. To sabotage her mother, she is shown reminding people of her murderous father’s place in the home. Unfortunately, her words have no sway on Alice, who gleefully continues searching. 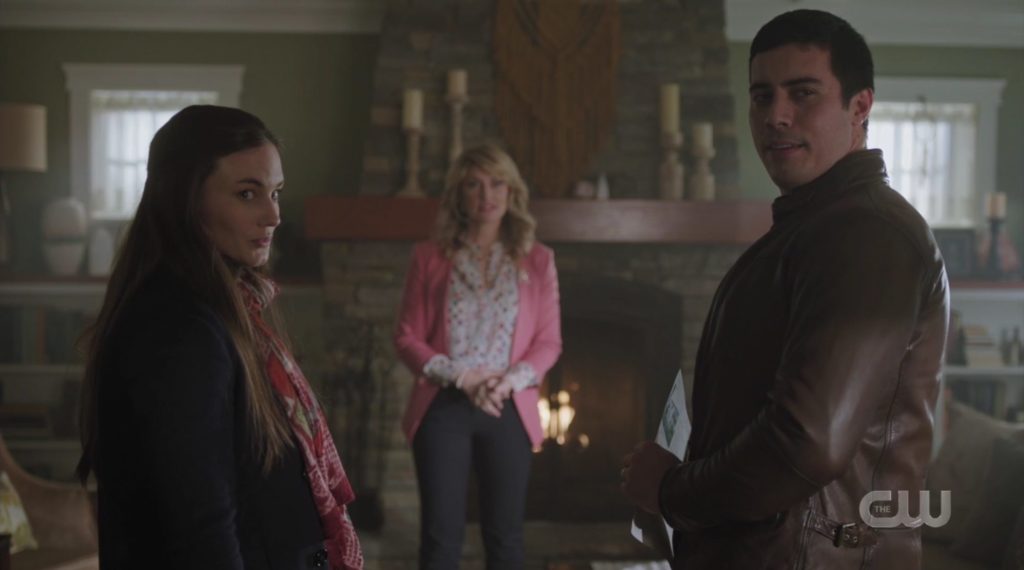 When Kevin Keller begins to fall to the Farm’s manipulation, Betty is desperate to stop him from making the same mistakes her mother and sister did. Despite her pleading, Kevin is engrossed in the Farm. In her concern, Betty follows Kevin and other young Farm members (Farmies) to the woods, where they are participating in a gruesome trial. She watches as Kevin steps on hot coals, edged on by his leader, Evelyn. She runs out of the dark to stop him, calling out- but he doesn’t listen. He crosses the coals to the other side, and the young Farmies cheer.

Meanwhile, Reggie and Veronica struggle to deal with their heavy debts to Hiram and Gladys. It has turned to chaos in their speakeasy, as the two start to behave as if they own the place. A two-step plan is in order for this particular problem. The first step; how to pay off their enormous debts. The solution? Turn their speakeasy into an underground casino. With a little time and a lot of renovating, the pair are ready to make a tidy profit. 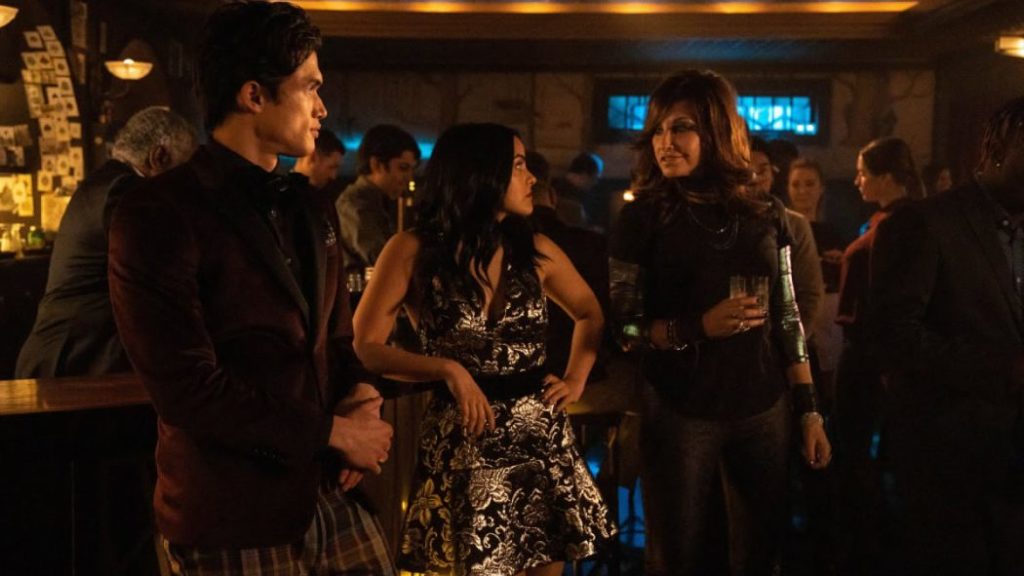 The second step; put Gladys and Hiram in line. To do this, Veronica makes a deal with the Pretty Poisons, Toni Topaz’s new gang, to act as bouncers for La Bonne Nuit. With a little muscle now behind her, Veronica can stand up to Hiram and Gladys. She tells them both that her debts will be repaid, but until they learn to respect her and the establishment, they are no longer welcome.

The Pretty Poisons have jumped ship from a war between gangs to work for Veronica. As La Bonne Nuit thrives, tensions rise within gang ranks. Cheryl and Toni are locked in a power struggle for the Poisons, and the Gargoyle Gang is shaping up to be a dangerous addition to the Serpents. Jughead tries to wrangle them into submission, but the Gargoyles have begun to outnumber the Serpent members. He looks to his father for help, who encourages Jug to figure out how he wants to run the Serpents, long-term. As he mulls over this project, Jughead helps Archie with his newest endeavor; a homeless pre-teen boy. 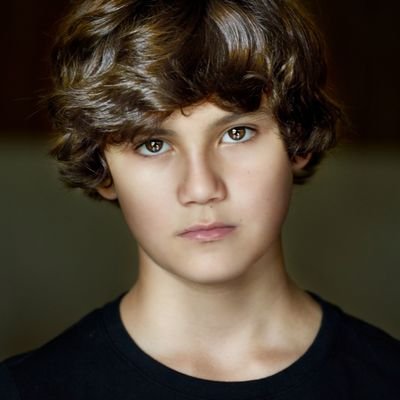 Archie found the boy, Ricky Dee, hidden in a closet and on the run from social services. A brand on his arm like the one Archie got in juvie indicates to Jughead and Archie that the boy has been marked for sacrifice by those playing Griffins and Gargoyles. To keep him safe, Archie houses Ricky in his garage and leaves him at Pop’s while he’s at school. He even takes Ricky boxing with him, to learn how to defend himself. Ricky confides in Archie, but the tables are about to turn.

As Jughead announces that he has found a purpose for the Serpents – to work at the Sheriff station with his father – Archie gets a call from the social service worker he involved in Ricky’s case. He discovers that Ricky Dee is short for Ricardo DeSantos, the younger brother of Joaquin DeSantos. He was an ex of Kevin’s who died trying to kill Archie because of G&G while they were both in juvie. Archie gets off the phone to discover that Ricky is missing- and finds him in the kitchen, brandishing a knife. He declares he has to finish what Joaquin started. Archie tries to calm Ricky down, but Ricky announces that he was playing Archie. He was never marked for sacrifice; he gave the brand to himself. As Archie recoils in shock, Ricky slashes him across the chest- and runs away. Fred comes home as Ricky escapes through the back door. While patching Archie up, the pair find a G&G card; Kill the Red Paladin. The same card that Joaquin was following.

The episode ends full circle: with Betty and her mother. Betty returns home from school one day to find her mother packing and learns that Alice has finally sold the house. Betty becomes surrounded by the boxed-up memories of her childhood home. When Alice leaves to run an errand, Betty is holds a candle, descending the stairs to her home and looking around at the rooms. When Alice returns home, she finds Betty gone, the house full of smoke, and walls engulfed in flame.

Thoughts on the Episode

What an ending! There’s a lot to unpack this week, and I find myself wondering what kind of finale the writers are leading up to. Will it be about Griffins and Gargoyles, or the Farm? Or maybe both? It’s been no secret that there have been hints through the season that indicate the two might be related. If I had to predict anything for this season, the Farm and Griffins and Gargoyles being related would be among my first guesses.

Both clearly drive people insane. Even Betty, who hasn’t been sucked into either cult yet, almost seems to have been driven out of her mind. Her friends and family are all engulfed by it, one way or another. It’s true that any evidence so far that she intentionally is attempting to burn her house down is circumstantial. Yet, it’s hard to believe there’s any other answer. Could the Farm really drive Betty off the edge? Her scene walking down the stairs holding the candle certainly reminded me of her cousin Cheryl, just before burning down her mansion. While Cheryl can’t quite be defined as crazy, many would argue that she may not be totally sane, either.

On the other hand, Reggie and Veronica, though a bit of a side story for now, are turning into a real power couple. I’m excited to see how La Bonne Nuit turns out with their new renovations. More than that, I’m excited to see what Veronica has up her sleeve next! Each week she seems to grow a little stronger, and a little more independent. It seems like only a matter of time before she’s running Riverdale herself.

I’d be remiss if I didn’t mention Luke Perry’s appearance at the end of the episode. There were other moments were Archie mentioned his father, and I expected to see more scenes, but they never came. At least, not until the very end. One has to wonder if that was deliberate, last minute editing. Even the few scenes at the end were enough to make me a little teary eyed. However they decide to remove Fred Andrews from the show, I hope it is an ending fit for Luke Perry’s legacy.

As always, we want to hear your thoughts on the episode! Did you see the twists coming? How do you think Fred Andrews will be involved in future episodes? Has Betty finally lost it? Let us know in the comments!