Save Yourselves! (2020) is a film that walks the line between absurdist humor and horror in such a way that it can be both about surviving an alien invasion and escaping from the technological trap that is 21st century life. With relatable characters and the perfect amount of tension, this is a must-watch film in a year where so many of us are at the intersection of physical isolation and digital dependence.

Save Yourselves! opens almost like a romantic comedy of yore. Su (Sunita Mani) and Jack (John Reynolds) are a typical millennial couple; they live in a cute condo, they work hard doing extremely niche jobs, and they are constantly on their phones. When we meet them, they seem happy enough but also thoroughly disconnected, spending most of their time looking at the screens in front of them than at one another. Instead of a pet, they have sourdough starter. A chance conversation with a friend at a party opens a conversation about their life choices and the future and the realization that their lives aren’t what they expected. In an effort to “find themselves” and reconnect as a couple, the pair goes off the grid for a week, just as strange lights descend from the sky. They pack their bags and sourdough starter, and head to a cabin in the woods to get in touch with their inner selves. In the great outdoors, they take delight in having no smart technology. They hike, they talk, they notice the nature around them. Distant gunshots hint at not everything being well, though, and soon the pair finds that the seemingly decorative “pouffe” in the cabin is actually an alien– and that their time offline means they have missed the whole world descending into chaos and destruction as the alien pouffes make their way across the land. And so, as the title says, Su and Jack must find a way to save themselves. They have no survival skills and very little in the way of supplies, but they gather what they have and set out on an adventure of self-sufficiency and, in a way, self-determination. As they go deeper into the woods, they go deeper into losing the old narratives about themselves and closer to the core of what’s important: living in the moment with your found family. 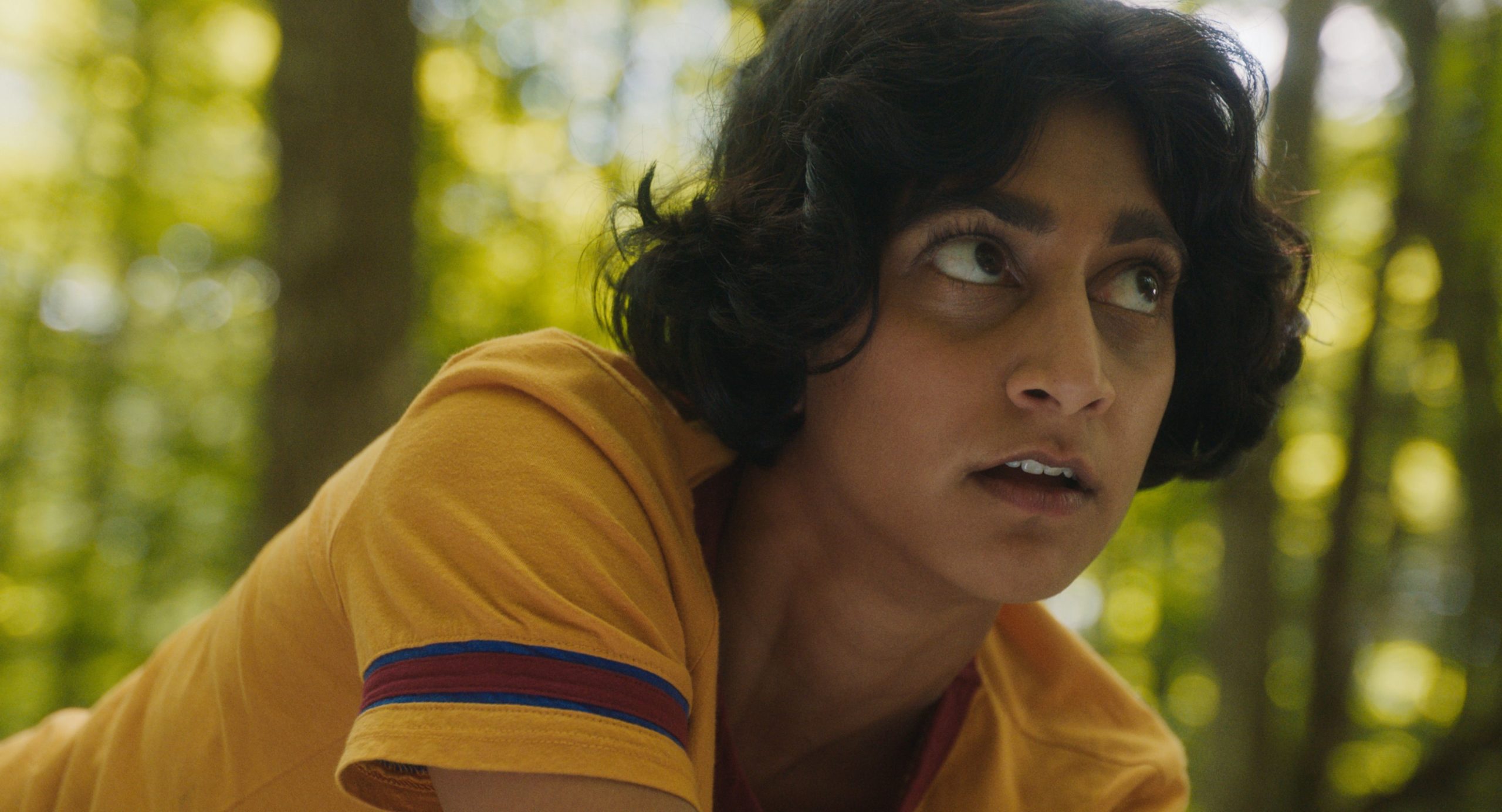 This film is intensely relatable, pouffes from space notwithstanding. It speaks both to the dependency so many of us have to the internet and the difficulty faced when we try to walk away. Su can’t let go to the point where she hand-copies internet lists into a notebook to try and give structure to their week of being offline. If this isn’t a film for 2020, I don’t know what is. As a metaphor for the current state of the world, it comments on everything from the pressures of social distancing and feeling isolated from one another to the way we value things that ultimately don’t matter in terms of survival. We feel like we control our own lives without really knowing what’s happening in the big picture. At one point Su points out a bunch of ants fighting over a crumb, and comments on how the ants think the crumb is so important, with no idea that giant humans are standing over them that could crush them. Much like the ants, the humans’ view is only so far, and reality is somewhere beyond their own control.

But if this is a metaphor for modern human life, the end is ambiguous but hopeful; it doesn’t give us the answers, nor should it. Life doesn’t work that way, after all.

Bleecker Street will release SAVE YOURSELVES! in theaters nationwide in the United States October 2nd and on digital October 6th.

Jack (John Reynolds) and Su (Sunita Mani) are a hip Brooklyn couple who, like many of their friends, find themselves dependent on technology and unable to put down their phones. Fearing their mindless scrolling may impact their connection with each other, they seize the chance to head to an isolated cabin in the woods, vowing to unplug from the outside world for a week. Sheltered from texts and push notifications, they are blissfully unaware that the planet is under attack. As strange events unfold, the couple must figure out a way back to civilization—or what’s left of it.