Welcome to the February installment of the 2019 tabletop challenge:

As a way of guaranteeing quality time together, my partner and I have challenged ourselves to play two tabletop games each week in 2019, with no repeats. Each month, I recount our tallied games with a brief rundown of each game and a highlight for this month’s particular favorite. Welcome to the table! I hope you find a game to pique your interest. 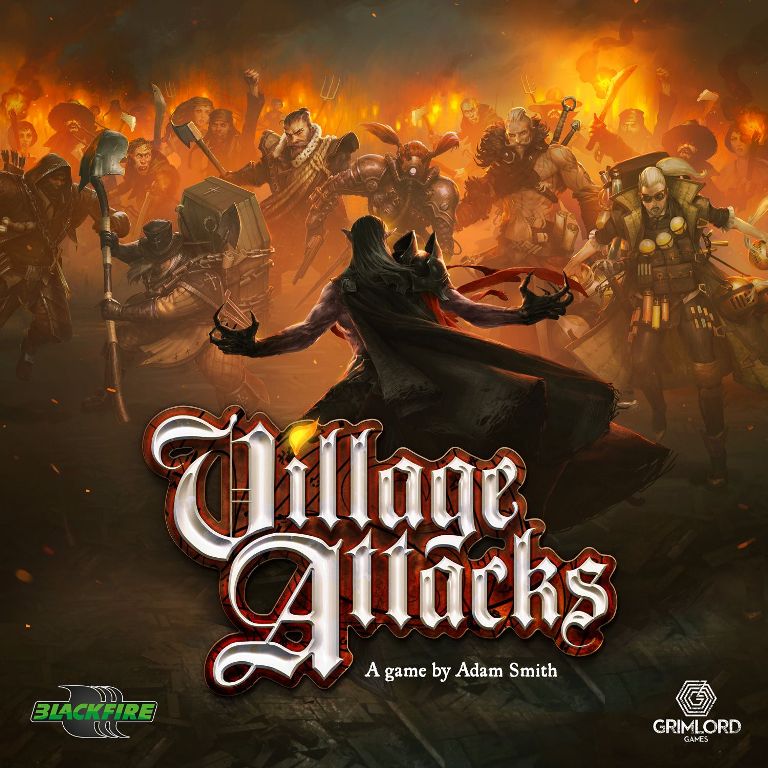 Have fun defending the castle! In this game, you take on the role of a creature of myth or folklore staving off the onslaught of torch-wielding villagers as their storm your keep. Together with your co-baddies, you’ll have to beat back these angry mobs and defend the castle heart. 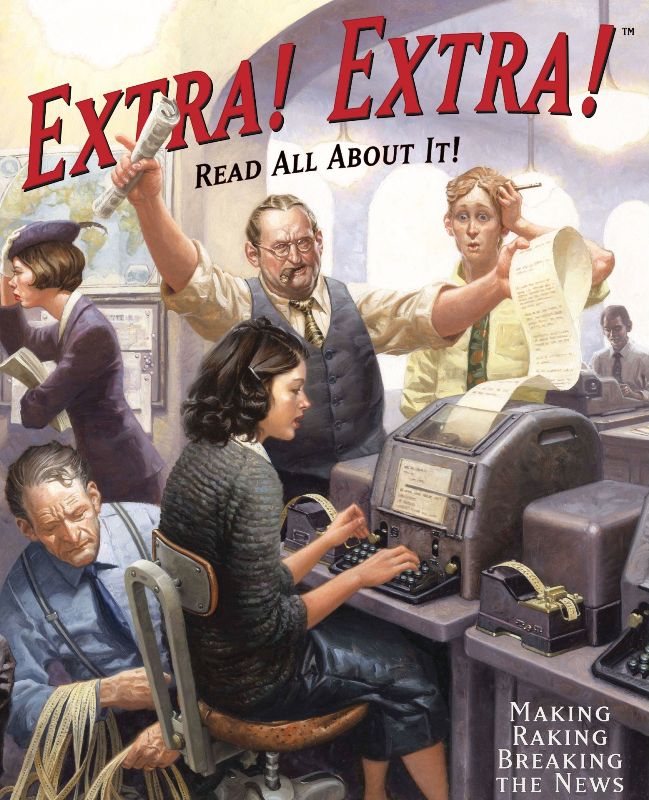 Welcome to the newsdesk, your goal is to publish the daily sheet with a blend of news, photographs, interviews, and headlines. Hire more reporters to get the best coverage and get your front page printed before the competition. On the shores of what is now called the Great Lakes region, the Iroquois Confederacy of tribes made their home for generations. This game, set in the mid-18th century, focuses on the cyclical lifestyle of these tribes, growing crops, hunting, settling new lands as the population grows. This game theme was thoroughly researched and is explored through the player’s guide. 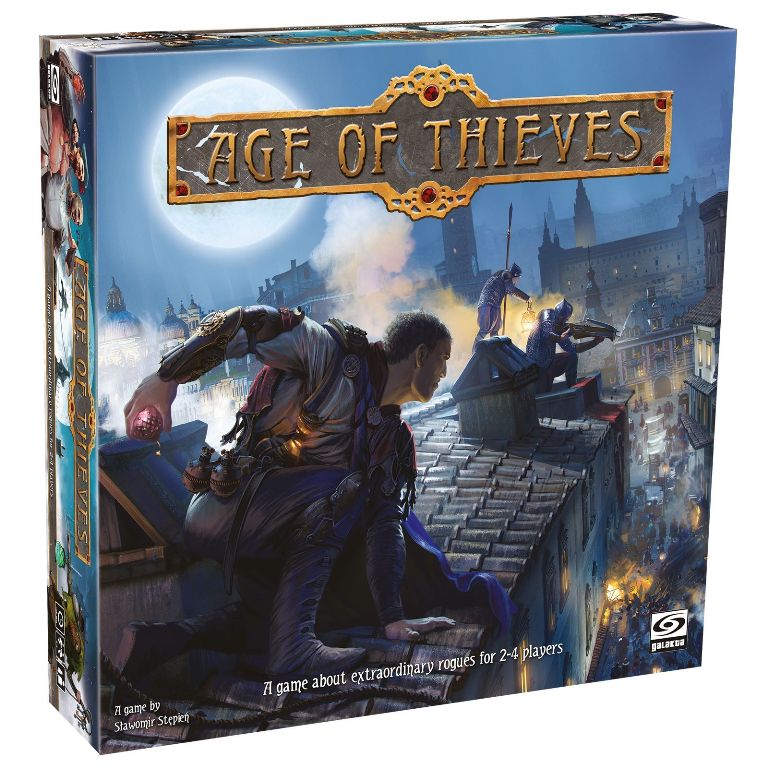 Much to my partner’s chagrin, I continue to refer to this as the Assassin’s Creed game. You and your fellow players each play a master thief, bent on stealing a gem secreted away at the heart of the palace, in the center of a Renaissance port town. Using programmed movements, you will need to make your way across the city, avoiding guards and traps and lifting what loot you can along the way. The moment someone has their hands on the jewel, it’s a race to escape the city through the single gate remaining open. As a merchant of “The Empire”, you are seeking to build new Emporiums within the cities of the three Kingdoms. To do so, you must gain influence with the ruling nobles or corrupt the council to allow you to build without a permit. 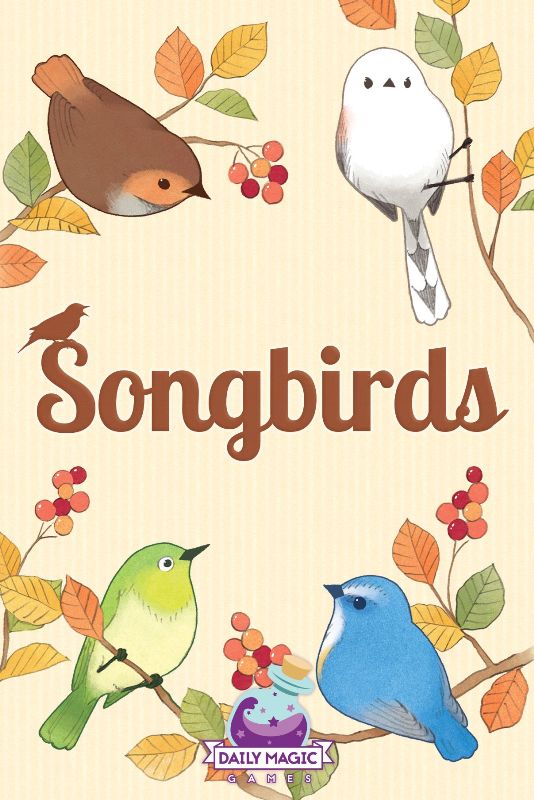 The proper translation of this game’s name is “Birdie Fight!” which, is a much more accurate description. In this card game, each type of bird is attempting to achieve dominance in the forest, and you, a forest spirit, are guiding your chosen birds to lead. The whole game is in the box! No, that happens in all games, let me try again. The box IS your board and it’s tiny! Thus, the name! This 2-player game was designed with travel in mind as you battle your mini-ninjas in a teeny-tiny dojo-box. 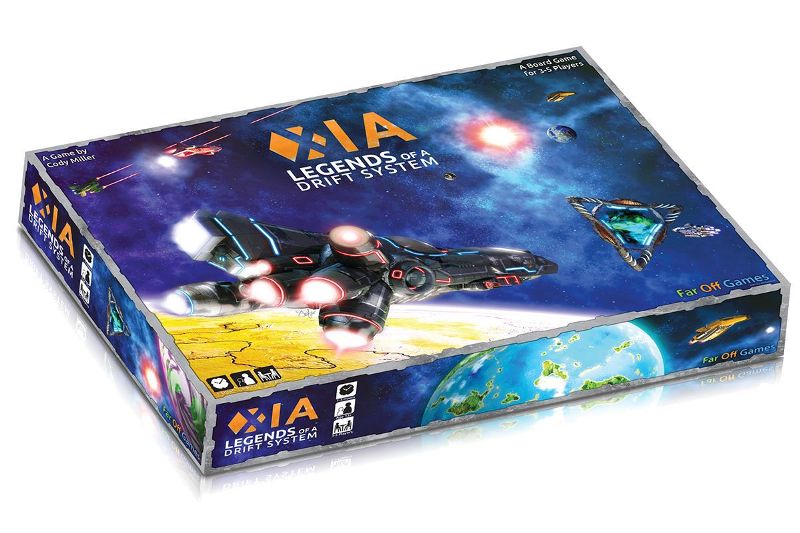 This game has no affiliations with the Firefly franchise but it feels like Firefly. You captain a cargo ship at the edge of space and each movement lays a new tile to the board as you discover new planets and systems. Take on lawful cargo or smuggle illegal goods for a higher profit at higher risk. 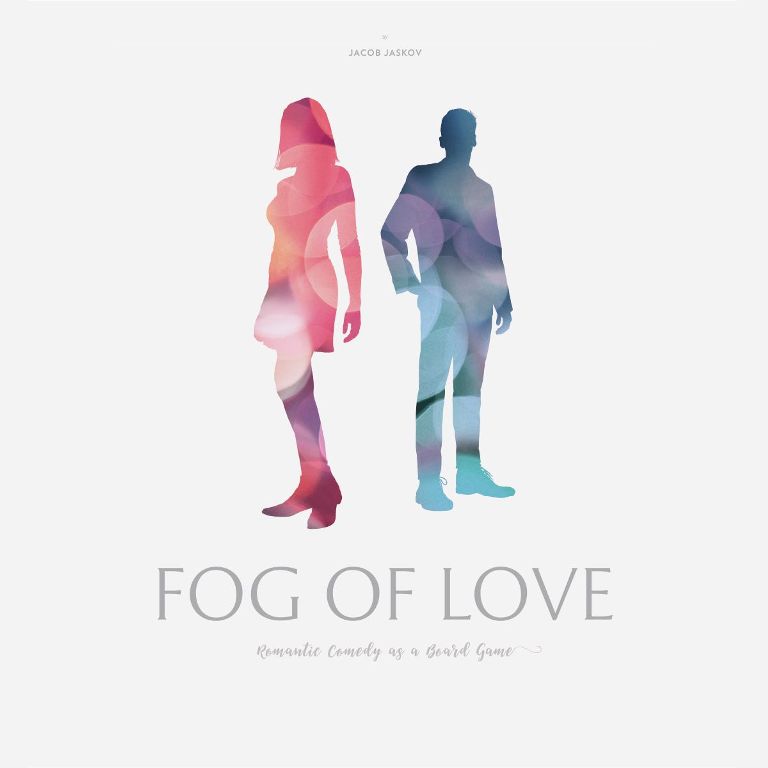 This is a well-guided role-playing game wherein you and another player take on the roles of a couple and play out the relationship. Character design is randomly attributed by personality cards and your goal is craft the relationship to your character’s best happiness. Keep in mind, this may not mean staying in the relationship and your goals may not match your partner’s. The trick to this game is keeping in mind that you are not playing yourself and like all good, consensual role-playing, after care is a must.

This game is genius, veritably DRIPPING with theme. It can become an emotionally engaging game, making it difficult to separate your emotions once the game is over. But everything is so well-crafted, each piece fitting intuitively into the larger design such that engagement is inevitable. 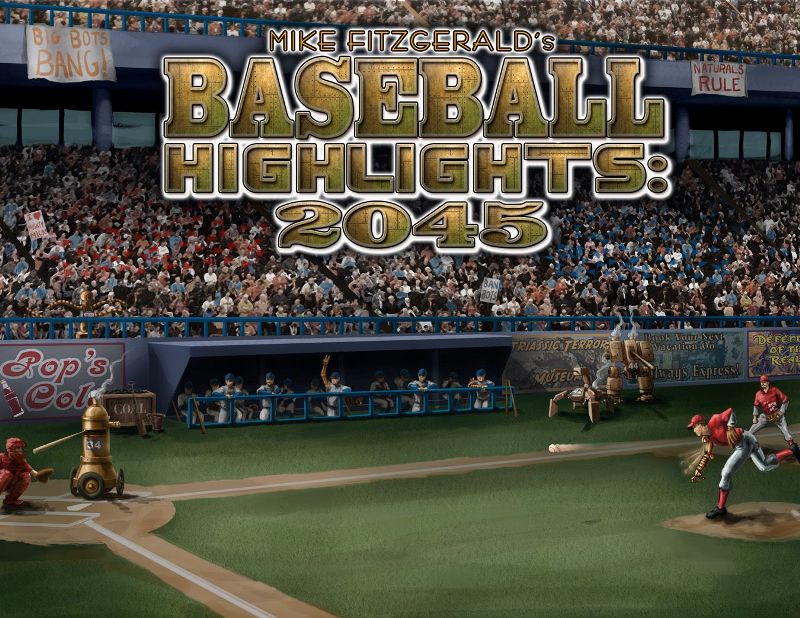 Hard truth, I don’t care about baseball and the first time I played this game, more than year ago, I had minimal interest. On a second play, with a slightly better concept of the rules and expectations, it improved upon acquaintance. The concept of baseball fifty years on, with a blend of humans, cyborgs, and robots playing, each with their own strengths and limitations, is truly inventive. This game is chock full of traditional Japanese art and, much like the simple card game WAR, consists of simultaneous draws and a simple win-lose with each trick. But each card has its own distinct advantage, altering the rules of play beyond a zero-sum high number win. Which faction of farmers and mechs will you inhabit to gain control over this fictionalized future of Europe? This game looks like a war game, a la Risk, but, in truth, combat is a minimal aspect of play. Gaining control of areas, resources, and finalizing achievements is far more time consuming than battle. 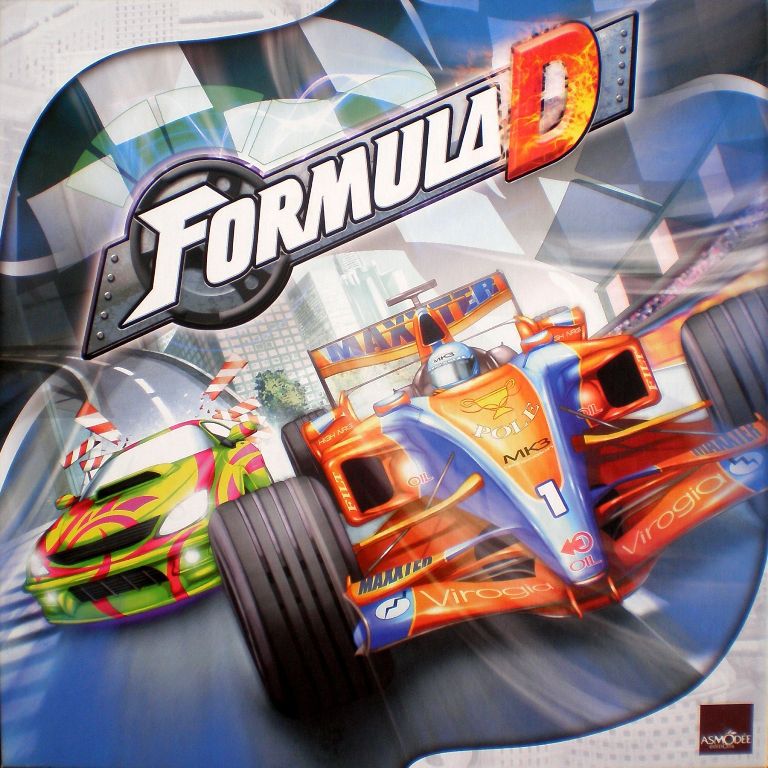 It’s the Monaco races! In my continuing effort to equate all board games with video games I have played or seen, this is Need For Speed on a table. There are two variants of this game, a basic race in which everyone plays a faceless/nameless avatar driver or a complex version where each player chooses a driver with individualized stats and a unique player power. To cross the finish line, you’ll have to push the envelope but stay safe, those curves can be dangerous. 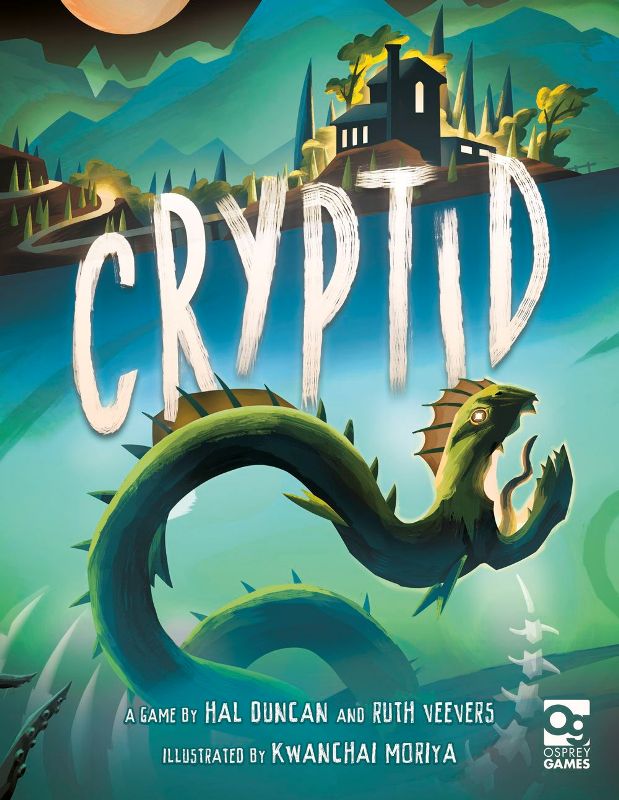 WARNING: The Cryptid of this game is invisible and appears in name only. Each player is given a rule to dictate their piece placement. Together, the given rules will restrict the true-false value of the Cryptid’s location to a single tile. Each player will take turns asking true/false questions of one another and make searching guesses to determine this single tile. 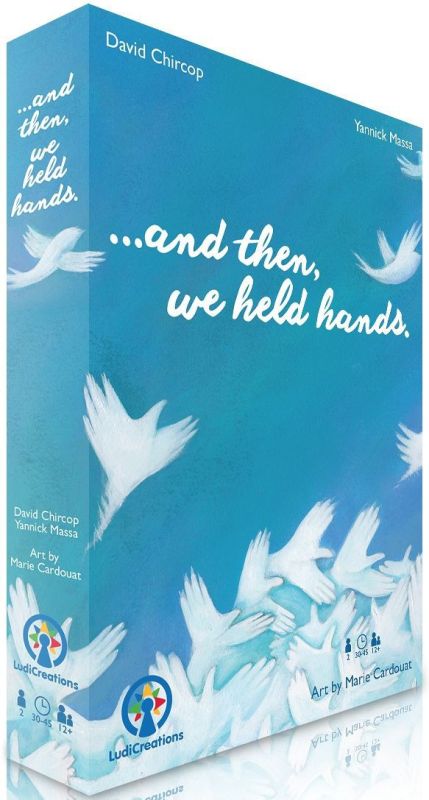 I called this game Fog of Love Light when I posted it to #104Gamesin52. It is not exactly a fair comparison but the concept again revolves around a couple working through a specific argument of their relationship. The goal is for both players to end up at the center of the board and centered on their contentment meter. Inkblots meets Apples to Apples! I’m full of these comparisons, y’all. The first player will choose one of the avant garde, artistic cards of their hand and, placing it face down on the table, announces a clue regarding their card. This clue should give enough information that most of the other players can guess it but not so obvious that everyone guesses it. The other players also play a face-down card from their hand, attempting to fit to the given clue. These cards are then shuffled, revealed, and players vote on which card they believe to be the first player’s original. A series of points for votes cast will bust if everyone guesses correctly. The more the merrier is definitely the rule with this party game. 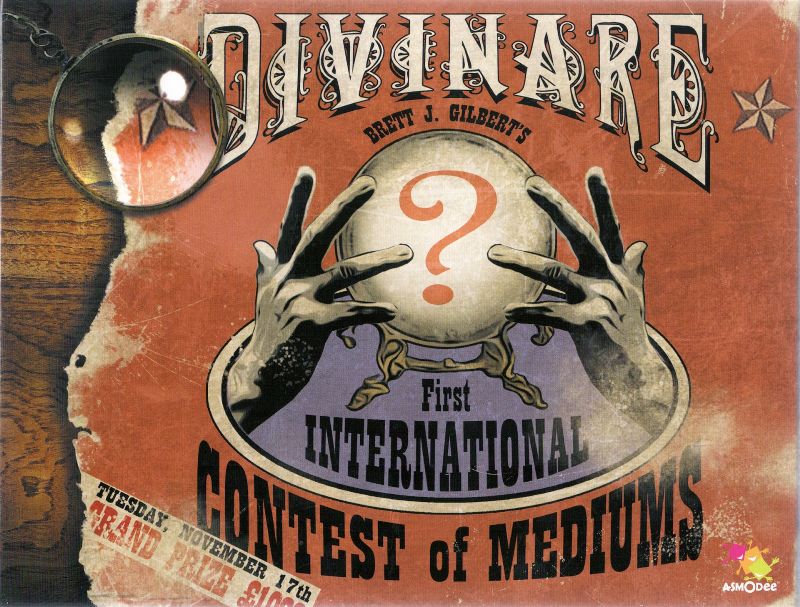 Card counting will only get you so far in this game. Four suits of cards are divided between the players and each player sets two cards aside, face-down before play begins. Each card played to a pool requires the player to also bid on how many cards will be in the pool at the end of the round. After all player’s hands have been divied out, the cards set out at the beginning of the round are played. This game can feel a bit like divination as you account for your hand, your opponents’ cards, recalling which cards you set aside, and intuiting which cards your opponents’ chose to set aside.

via Thank God For Internal Monologue

We almost doubled our plays in February so this challenge may end up being more than 104! But don’t worry, I think we’ll have more than enough to share. Tell me which games you think look the most interesting and be sure to follow the #104Gamesin52 tag over on Instagram.