Now on VOD: Murder in the Woods

Home/Reviews, TV & Movies/Now on VOD: Murder in the Woods
Previous Next

Now on VOD: Murder in the Woods

Murder in the Woods is out on Video on Demand (VOD) today! With vintage 90s slasher vibes and a spooky setting in a lonely cabin, this film is a fun throwback to classic teen horror with a full latinx cast and crew. If you’re looking for a new addition to your seasonal rotation, check this one out!

As with many classic style slashers, Murder in the Woods opens on a scene that will prove pivotal to the plot, so pay attention right away to what’s happening in the scene. This film’s plot centers around a group of friends who have gone out to one of their families’ cabins to celebrate a birthday. They have some unexpected encounters along the way and wind up arriving late at night, deciding to carry on with their plans even after the local sheriff urges them to leave the area.

Slowly the friends start seeing and hearing things, and unsure if it’s the results of their partying or something really wrong, the friends discover that this fun weekend away is anything but ordinary. Bodies vanish as the friends get picked off one by one, until finally the whole story is revealed and the villain uncovered. Everything you need to figure out who the killer is presents itself early in the film, so if you’re someone who likes to play the “whodunit” game, you’ll have a satisfying “I knew it!” moment.

Fans of vintage slasher films will enjoy spotting classic tropes like “attractive teens alone in the woods” and “don’t tell your secrets” and “the last girl”, as each of these is utilized throughout the run.

MURDER IN THE WOODS is centered on a group of college friends who plan a getaway to celebrate a birthday party at a desolate cabin in the woods. Against his grandmother’s (Soledad St. Hilaire) demands, Jesse (José Julián), a loner-type decides to go on a trip with his friends. He is immediately smitten with Fernanda (Jeanette Samano), a sweet girl from Chicago whom he hasn’t seen in years. She is in town visiting her loudmouth cousin, Chelsea (Chelsea Rendon), who is ready to celebrate her birthday and plans to let loose with her boyfriend Gabe (Jordan Diambrini). Tagging along at the last second are Jule (Kade Wise), the class clown pothead, and the very out-of-his-league Celeste (Catherine Toribio). Soon after arriving to the mysterious cabin in the woods, the group of teens discover the dark secret it holds, which forces them to fight for their lives.

Breaking diversity barriers in Hollywood with its multicultural cast and filmmakers, MURDER IN THE WOODS is hailed as an “…eerie …hellacious throwback to old school slasher films” (Humberto Guida, LATV). The horror premiered at the Festival Internacional de Cine de Guadalajara in LA (FICG in LA) at the TCL Chinese Theatre in Hollywood, thrilling audiences and selling out in 24 hours. During the festival run, the film won nine awards, including Best Film at the LA Skins Film Festival and XicanIndie Film Fest, in addition to Best Supporting Actor (Kade Wise), Best Sound Design and Best Soundtrack at the Macabre Faire Film Festival in New York, as well as the Panavision New Filmmaker Grant. 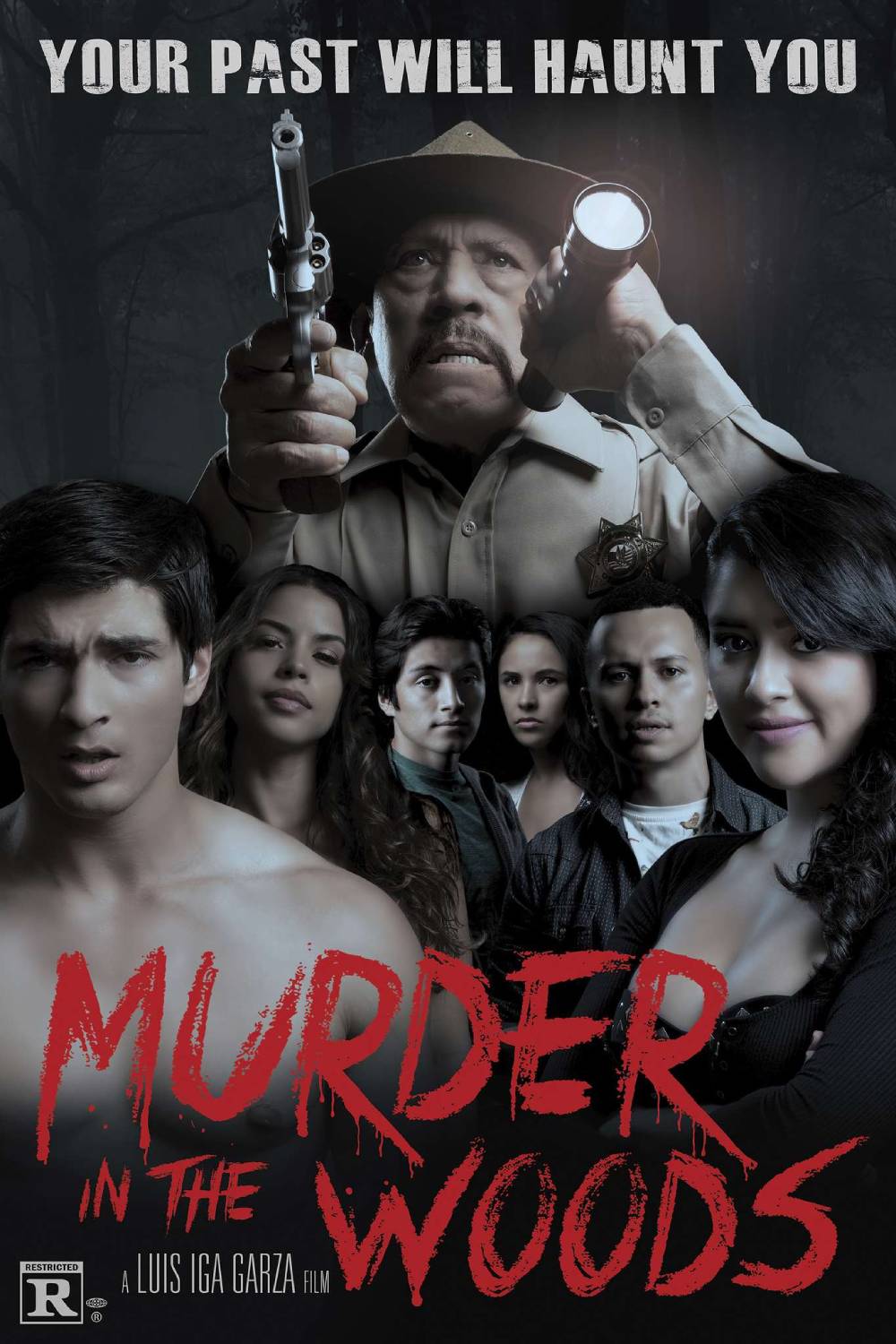