August 18th is another big day for Netflix. The latest series in the Marvel Universe, The Defenders, is released. But if that’s not your thing (or if you need to take a break from binging it), Netflix is also releasing What Happened to Monday, a science fiction film from director Tommy Wirkola (Hansel & Gretel: Witch Hunters) starring Noomi Rapace (Prometheus, The Girl with the Dragon Tattoo), Willem Dafoe (Spider-Man, The Boondock Saints), and Glenn Close (Fatal Attraction, 101 Dalmations). What Happened to Monday is, at its core, a mystery set against a dystopian future where overpopulation has put a limit on children.

I was intrigued by the premise and hooked fairly quickly as footage of our current world in crisis sets the stage for the world to come. We are given bleak images of crowded beaches, failing crops, and starving children, all while hearing voice-overs (including the voice of former United States President Barack Obama) talking about climate change among other things. Ultimately, climate change and overpopulation led to a shortage of food. Genetically modified crops were created to increase yields, but the engineered crops started creating a predisposition for multiple births (twins, triplets, and even septuplets), thus compounding the problem of overpopulation. In order to save the world from ultimate destruction, Dr. Nicolette Cayman (Glenn Close) helps to implement a one child policy and create the Child Allocation Bureau which collects any and all siblings to put them into cryosleep and essentially store them until the world can accommodate them.

As an environmental scientist, I was intrigued by the links made to establish why there was a set of septuplets in this overpopulated world. Director Tommy Wirkola had the following to say when asked what he wanted audiences to take away from his film:

It is simple. I want them to be entertained and be emotionally engaged, but also, hopefully, when they leave the theatre, think a little bit about the theme and premise of the film, and were this world may possibly be heading.

There are a lot of changes happening in our world and it isn’t that far off to assume that climate change will reduce food and water available to sustain life. But the film doesn’t focus too much on that, as that is just the reasoning for the one child policy. And that is the core of the film: a woman gives birth in a facility that will not report her multiple children. Tragically, she dies during labor leaving her seven identical children to be raised by their grandfather, Terrance Settman (Willem Dafoe). Terrance names each child after a day of the week and  raises them in seclusion in a very spacious apartment.  When they are about school-age, he teaches them how to assume one common identity, Karen Settman, which they will each embody on one day a week (the day they are named after). They managed to do this successfully for 30 years, though not without strife.  Until one day, Monday fails to return after her day out of the apartment. This leads to the other sisters trying to find out what happened to her while avoiding the Child Allocation Bureau.  It’s a clever film and there are some great twists to it.

Noomi Rapace does a wonderful job playing seven distinct characters. It’s even more astounding work when you learn that the entire film shoot was only 94 days long. Given the complex nature of shooting scenes multiple times so one actor can play multiple parts, and interact with herself, this is an impressive feat. I will say that I am a huge fan of Tatiana Maslany and Orphan Black, and I couldn’t help but compare Noomi Rapace’s work to Maslany’s. But it is important to recognize that the premise of What Happened to Monday is that each sister acts like the same person when they assume the identity of Karen Settman. And the sisters were raised to be absolutely consistent with this identity to avoid being collected by the Child Allocation Bureau. This is fundamentally different from what Maslany does with the clones, even when one clone is pretending to be another one. There is no doubt that Tatiana Maslany is brilliant at what she does, but given the premise of the film Noomi Rapace provides an excellent performance (seven times over). 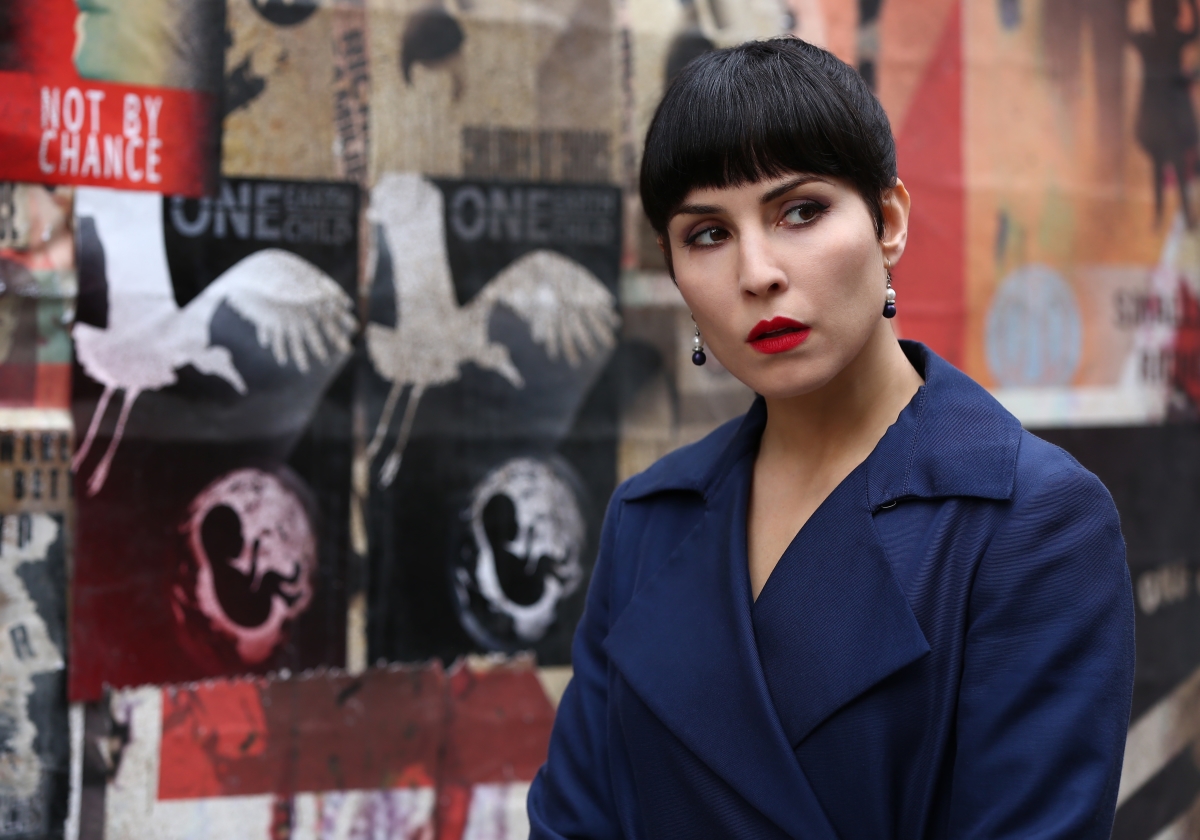 I thoroughly enjoyed What Happened to Monday. It’s not without some issues (Why is the same cryosleep commercial being used 30 years later? Does their world have weekends? How did the sisters feel about Saturday and Sunday getting to be out on those weekends? How did one scientist become so important?), but overall they are fairly minor. It’s action packed and a bit violent at times, but it has heart and is certainly entertaining.

What Happened to Monday is available via Netlfix on August 18, 2017. I recommend you give it a watch and let me know what you think!

In a not so distant future, where overpopulation and famine have forced governments to undertake a drastic “One Child Policy,” seven identical sisters live a hide-and-seek existence pursued by the Child Allocation Bureau. The Bureau, directed by the fierce Nicolette Cayman (Glenn Close), enforces a strict family-planning agenda that the sisters outwit by taking turns assuming the identity of one person: Karen Settman (Noomi Rapace). Taught by their grandfather (Willem Dafoe) who raised and named them – Monday, Tuesday, Wednesday, Thursday, Friday, Saturday and Sunday – each can go outside once a week as their common identity, but are only free to be themselves in the prison of their own apartment. That is until, one day, Monday does not come home…

You can watch the official trailer for What Happened to Monday here: