IGGPPCamp 2022: Create Your Own Fish and Ball Game Craft

IGGPPCamp 2022: Create Your Own Fish and Ball Game Craft

Cup and ball games are simple yet addictive games, that’s why I want to show you how to make one, but with a twist! What’s more fun than a cup and ball game ? A fish monster and ball game, of course. First you have to fold the squared sheets of paper in half, from one corner to the opposite. Then you fold the corner of the paper to the center again to create the form of a kite. 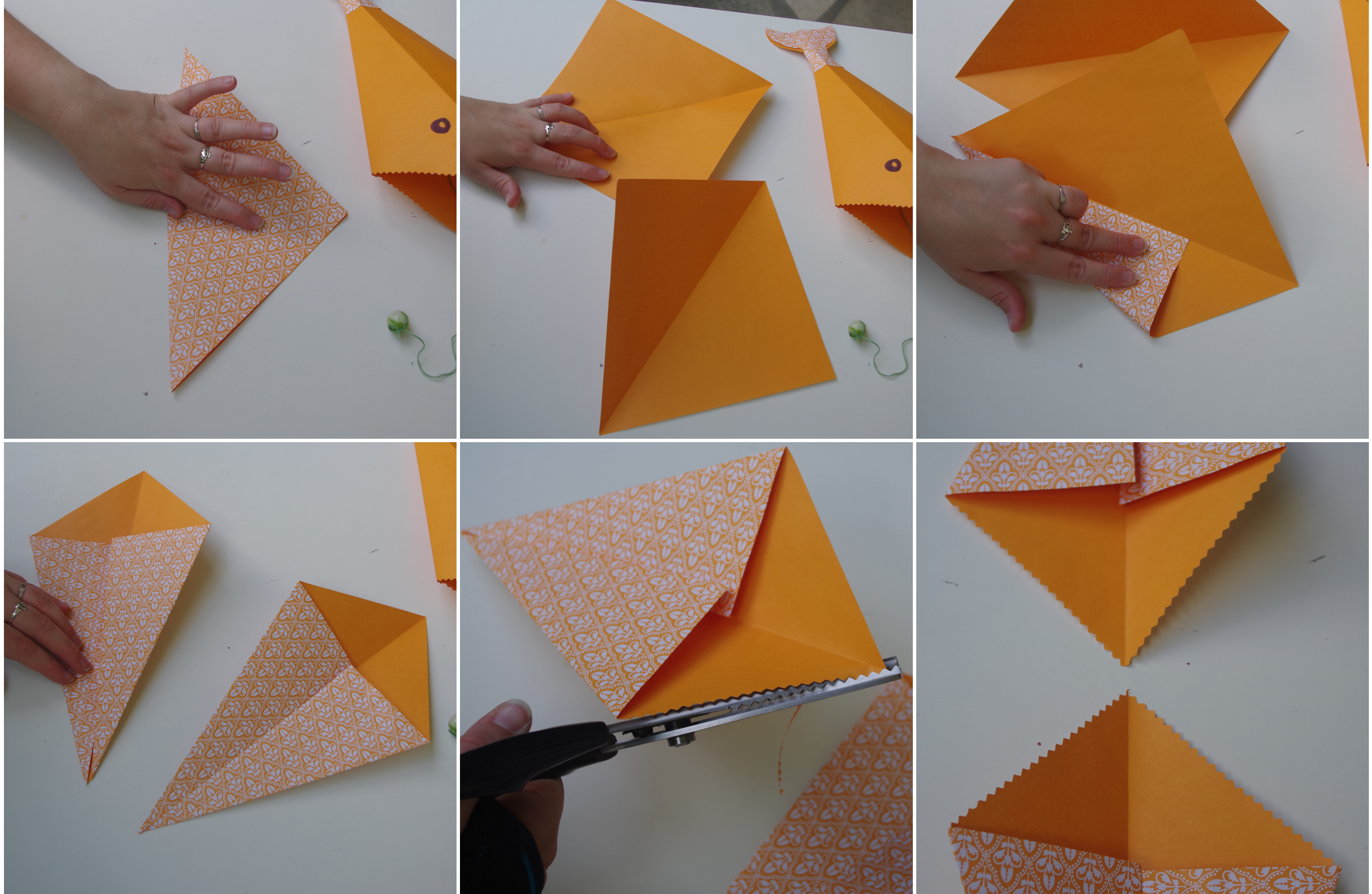 Now that you have both papers folded, you can use the craft scissors to cut the edge of the small triangles as you can see in the pictures… It will be the teeth of your fish! 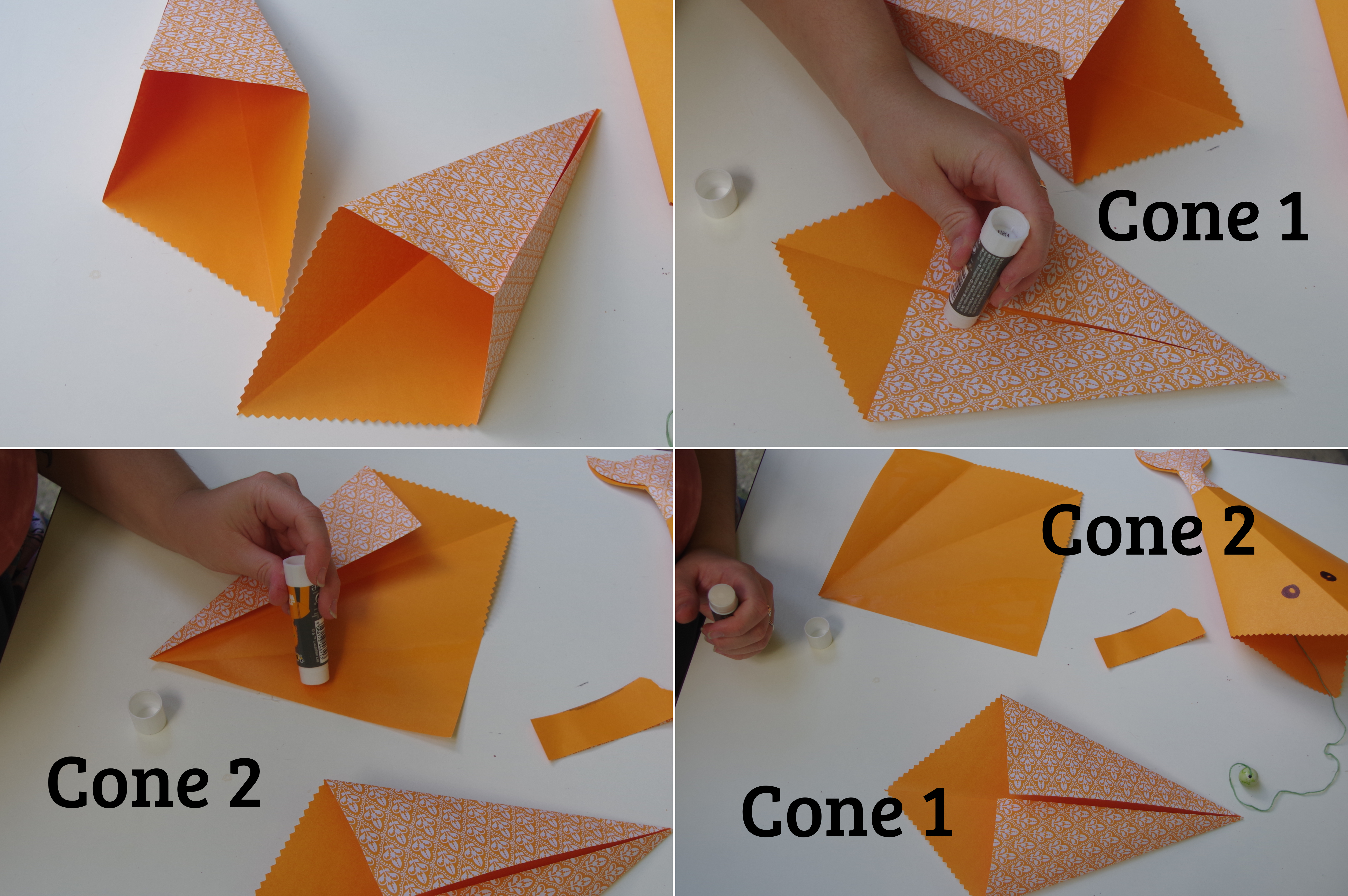 When you glue both paper cones together, paper cone 1 will be on the inside and paper cone 2 will wrap the other cone on the outside. The triangle “teeth” ends should be across from one another, not stacked (to make the mouth).

Once the big paper cone you just made is safely glued and dry, you can use adhesive tape to secure it.

Take the bead and tie it with a string. Measure the string length so make sure it’s not bigger than twice the size of the fish. 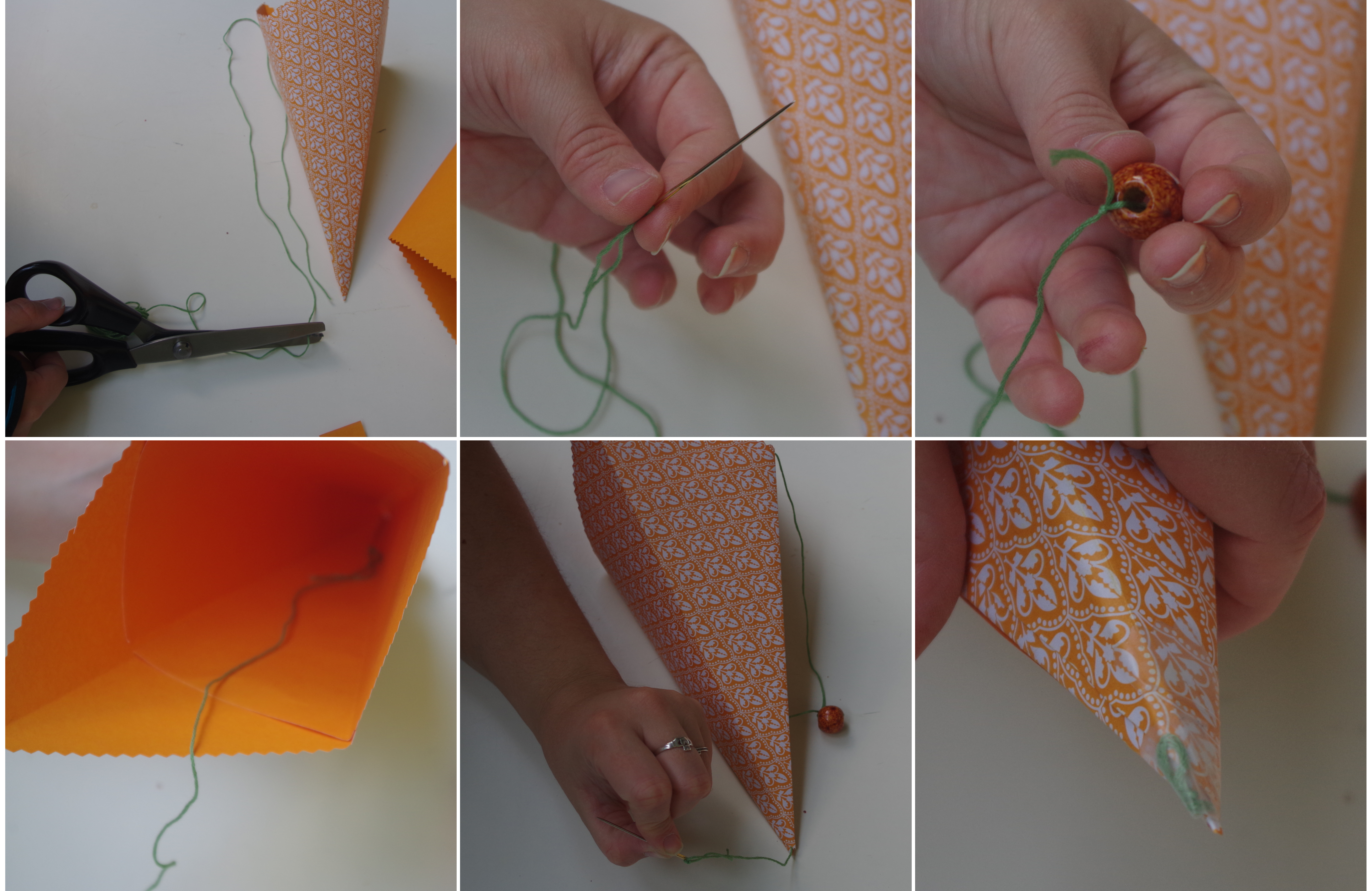 It’s time to decorate the fish! You’ll have to cut and glue the tail (double face adhesive tape is easier than glue in my opinion) first. You can find a tail model here for inspiration or printing, or you can draw your own design. Then draw the fish some eyes, or glue beady eyes, and use a marker or stickers to make the scales; let’s be creative!

Once everything is dry, the fish is ready to play: try to make the fish eat the bead tied to the string, using only one hand that holds the fish. Too easy? Press the head of the fish to close its mouth and do not open the mouth until you’ve thrown the bead. Have fun but be careful! Play with your head far from the fish to avoid injuries (or go see Nurse Buffalo if you hurt yourself!) Contributed by Mathilde aka Camper Belette
Mathilde lives in France, where she never went to “colonie de vacances” but had a lot of adventures in the woods on her own. She is waiting all year long for IGGPPC Summer Camp, because it’s her favourite time of the year! She loves cinema, science-fiction, crafting, Disney, stargazing and meeting new friends! You can find her on Twitter @EiTHELEEN.