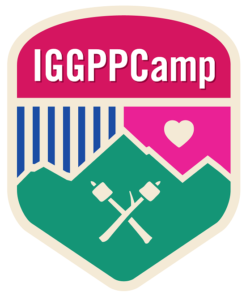 Over time, a sort of camp culture and lore has grown up around the annual IGGPPCamp event. If you’re new to the IGGPPC or if you’ve come across a reference to something that doesn’t make a lot of sense, we hope the following glossary will provide some background information. This will be a growing collection of lore, so if you feel something should be included, please let us know!

Farq or Captain Farquharson
One of the two founders of the IGGPPC, Farquharson.
https://geekgirlpenpals.com/about/staff/

Iggle (n.) plural, Iggles
An ‘Iggle’ is any member of the International Geek Girl Pen Pals Club, or IGGPPC.

Iggle Manifesto
The Iggle Manifesto was written to give an idea of what the IGGPPC believes in and what we stand for as members of this community.

JimBob, the Snail
The mascot of the IGGPPC is a snail named JimBob, original design by Michael Anderson. Our mascot is a snail because we send snail mail. 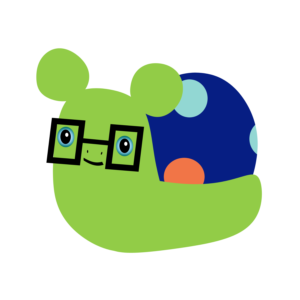 Stewie
One of the two founders of the IGGPPC.
https://geekgirlpenpals.com/about/staff/

Camp Chef Skippy
Chef Skippy is the camp persona of IGGPPC member Christina. You can find Skippy in the mess hall with her trusty wooden spoon and dragon cooking assistant.

Glitter Bombs
In former years, the IGGPPC had web forums which were the central form of communication during Camp (we have since made the switch to Discord and the forums have been discontinued). In the forum years, a tradition of IGGPPCamp Troops using the forums to “prank” one another came into being. ‘Campers’ would sneak onto another Troop’s forum thread (referred to as their ‘Cabin’) and spam the thread with gifs. These were usually described as being ‘glitter’ stolen from the ‘craft cabin’.

IGGPPCamp Song
The staff of the inaugural 2014 IGGPPCamp collaborated on an IGGPPC song to welcome participants. The original song was specific to that year’s Camp and Troops but over time has been developed into the following:

Jojo, the Squid (see also Lifeguard Tater)
The fictitious pet of the IGGPPCamp lifeguard, a squid, named ‘Jojo’. It is not the same entity as the ‘Lake Monster’.

Lifeguard Tater
The IGGPPCamp ‘lake’ has an appointed ‘lifeguard’, the camp persona of IGGPPC member Crystal.

Mothman
A creature of folklore; ‘mothman’ was one of the creatures used for a discord game during IGGPPCamp 2020 where campers had to figure out a cryptid each day based on clues from staff members.

Nurse Buffalo
The IGGPPCamp has a designated ‘nurse’ who is, in fact, an American Bison. This is the camp persona of staff member, Kara.
This is a bison, which is what Nurse Buffalo is: Photo by Jon Sailer on Unsplash

This is a buffalo, which is what Nurse Buffalo is not: 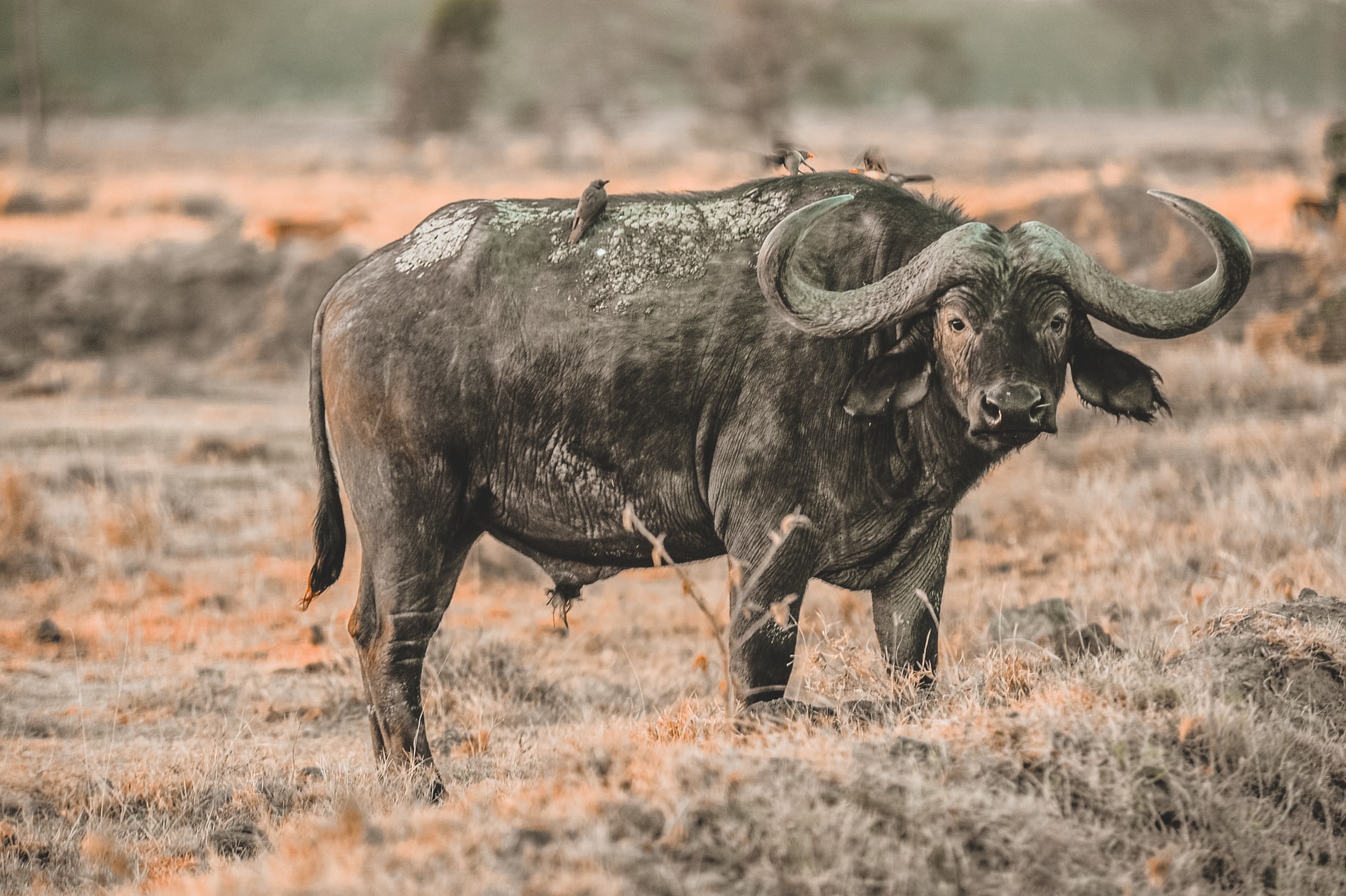 Photo by Harshil Gudka on Unsplash

In October 2018, the IGGPPC hosted an IGGPPCamp-themed online murder mystery during our annual Halloween event (usually called HallowIggles). During this event, staff put together a mystery for participants to unravel via online clues in the form of Google documents, webpages, and Discord chats. The plot of this murder mystery has been the source of a lot of IGGPPCamp lore.

Counselor Ginger
During the 2018 Murder Mystery, the murder victim* was Counselor Ginger. This was staff member Steena’s camp persona. In the story, Counselor Ginger was found drowned by the lake shore and a series of suspects emerged (many of them are listed below). You may see comments or jokes about Counselor Ginger continuing to “haunt” the campgrounds.

*No one was actually murdered.

Four Shadow Island
As part of the 2018 Murder Mystery, a map of the IGGPPCamp “campgrounds” was drawn up. A mysterious island in the lake, called Four Shadow Island, was a key location in the story. This fictitious island has a number of rumors surrounding it, including it being haunted, the hideout of pirates, mystical, and absolutely 100% forbidden.

Ginger Naps
A ghost story about Counselor Ginger which you can read here.

Her Moistness (see also, Lake Monster)
During the 2018 Murder Mystery, one of the suspects in the plot was a fictitious secret cult devoted to a monster that lived in the IGGPPCamp lake. Members of this “cult” sometimes refer to the Lake Monster as “Her Moistness”.

Lake Monster
During the 2018 Murder Mystery, one of the suspects in the plot was a fictitious secret cult devoted to a monster that lived in the IGGPPCamp lake. In the game, the ‘lake monster’ is an ancient being that has never been fully described but seems to have tentacles and is able to telepathically communicate. The Lake Monster is deliberately kept mysterious, is referred to by the pronouns ‘she/her’, and is a protector of the campgrounds and lake. Many participants in IGGPPCamp have come to consider themselves members of this fantasy cult and the main acolyte is Camp Nurse Buffalo. The phrase ‘there is no lake monster’ is also commonly used in this context (because she is secret). The cult has a logo based on a series of Nordic runes:

Loons
Another suspect in the 2018 Murder Mystery was a flock of Common Loons. These birds are frequent denizens of lakes in Canada and the Northern regions of the U.S. During IGGPPCamp you may see reference to dangerous Loons or warned to ‘Beware the Loons’.

Mother (see also, Lake Monster)
During the 2018 Murder Mystery, one of the suspects in the plot was a fictitious secret cult devoted to a monster that lived in the IGGPPCamp lake. Members of this “cult” sometimes refer to the Lake Monster as “Mother”.

Pie
The resolution of the 2018 Murdery Mystery was that Counselor Ginger was murdered because she had won a pie eating contest. The second place contestant drowned Ginger hoping that by eliminating her they would be the winner. During IGGPPCamp you may see references to being careful around pie.

Pirate Queen and Pirate Treasure
Part of the lore surrounding ‘Four Shadow Island’ is that a Pirate Queen came to the area with her crew and treasure. The treasure is said to be hidden on the island in a series of caves and tunnels that run under the island and extend under the lake. There is some vague notion that this Pirate Queen and her pirates were the very first Iggles. Listen to the campfire tale here:

Each year, participants of IGGPPCamp are sorted into ‘Troops’. Here is a list of former Troops which you may see referenced during IGGPPCamp: 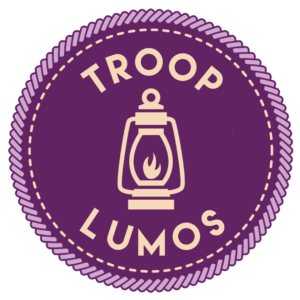 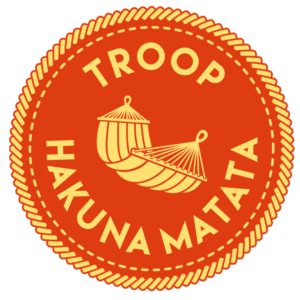 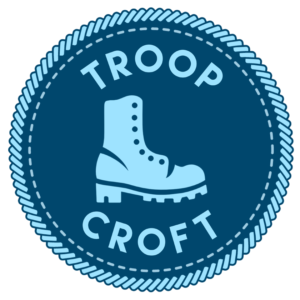 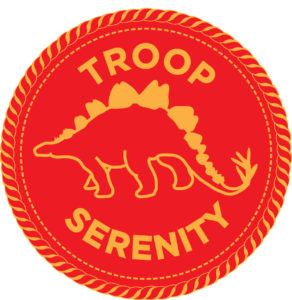 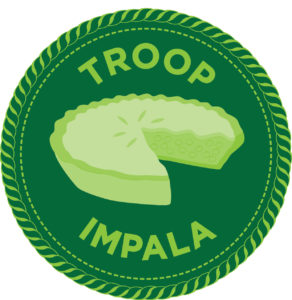 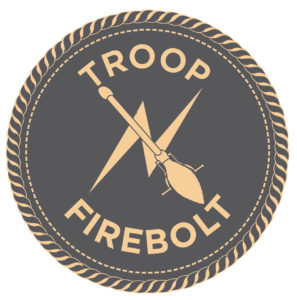 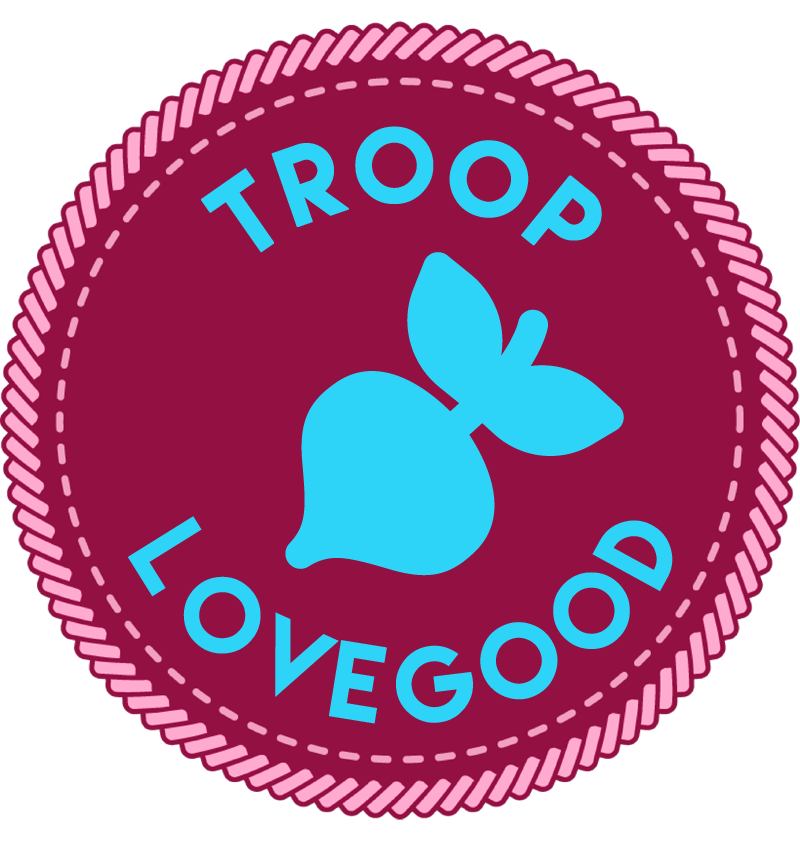 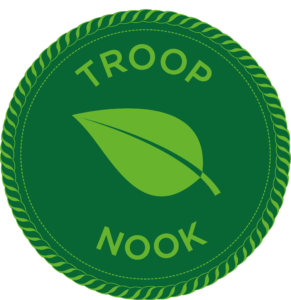 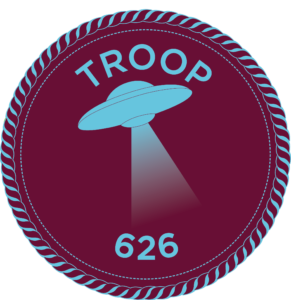 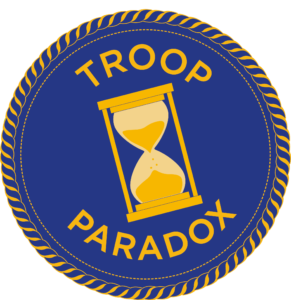 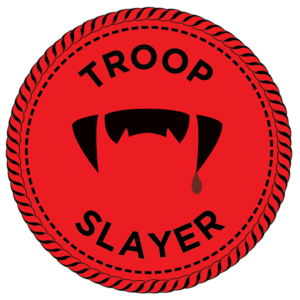 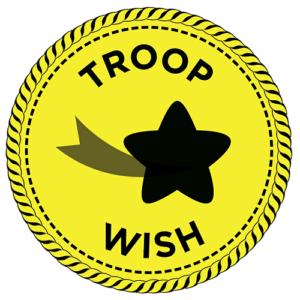 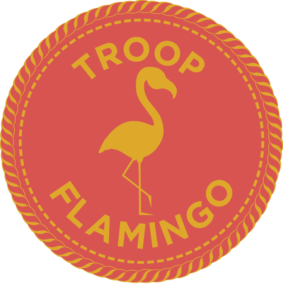 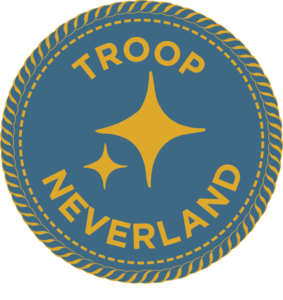 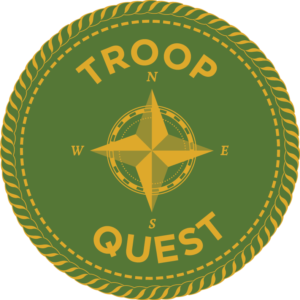