Do you like to swing a sword, fight goblins, and use your wit? Boy do we have something for you. In honor of love and first adventures during this Yuletide Party, IggleGamers would like to bestow a Dungeons & Dragons 5th Edition Starter Set to a lucky adventurer. 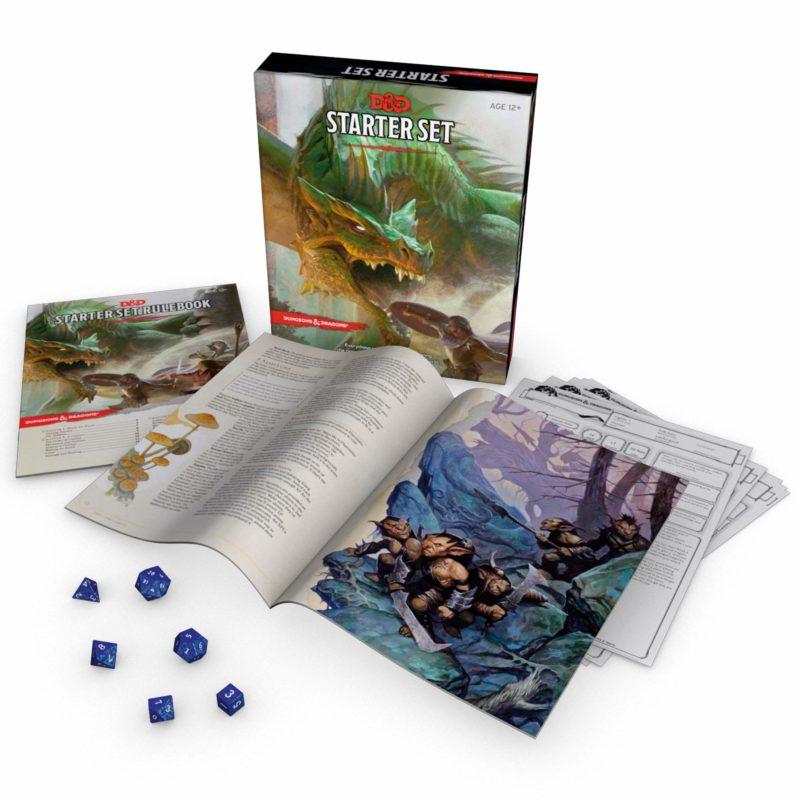 Why Dungeons & Dragons though?

During the annual IGGPPCamp event Iggle Gamers tested the waters of introducing Dungeons and Dragons to campers. The activity was hosted by the lovely Dungeon Master Amavongeek. Sign-ups were very popular and many campers expressed that they would love to try it out next time, or even join in future events. There is just something about using your imagination to adventure and explore new worlds for the first time.

The Dungeons & Dragons 5th Edition Starter Set is everything you need to play your first D&D session. With a starter adventure for level one characters, pre-made character sheets, the basic rules, and even a set of dice – you are ready to roll from the time you open the box! Dungeons and Dragons is a game of adventure and imagination, meant for 3-5 players. The only limits imposed are those of your imagination. What will you be? Where will you travel? We can’t wait to find out.

IggleGamers Moderator, Desiree, shares one of her own first adventure memories to get the dice rolling on how to enter  the giveaway for this awesome loot.

As I grow older I find myself feeling like I have forgotten a lot of my childhood memories. However, there is one I hope I never forget – Christmas Eve and the Super Nintendo Entertainment System from Santa.

When I was four years old there was a knock at our apartment door. The door itself was locked and my Mom was busy so I pushed a heavy kitchen chair over to the door. Standing on my tiptoes I peered through the peephole to see who was on the other side. “It’s Daddy!” I screeched. I cannot remember if I had unlocked the door or if my Mom had come to do so, but I do remember that my Dad was holding a wrapped present. He told my Brother and I that Santa had stopped by his house early so that he could bring it to us. According to him Santa also said that it was a present we both had to share.

We unwrapped it and there was a shiny box containing a brand new Super Nintendo Entertainment System packaged with Super Mario World. Honestly I don’t really remember playing it that night, but I’m sure I did.

What I do remember is my brother hogging the game system as we grew into our preteen years. He claimed the the Super Nintendo was his because “Girls can’t play video games” and locked me out of his room.

My brother’s view back then did not dull my desire to explore the video game world, in fact being told I couldn’t play just made me want to do it more.  I didn’t get many opportunities to play until I was an adult, but that Christmas was my first introduction to the gaming world. I can still feel the love and excitement of seeing my Dad on the other side of the door, and trying to figure out what a Super Nintendo Entertainment System did. 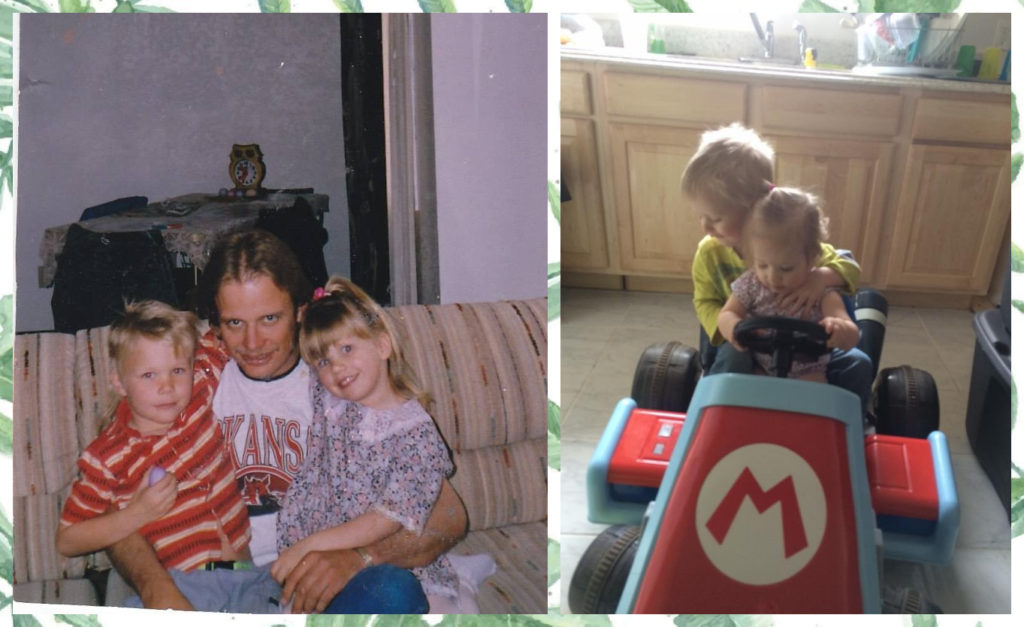 The Brother, The Dad, The Desiree, and The Geeklings

Adventuring into the world of parenthood has now allowed me to share that love of gaming with my own childrens. I hope that my son remembers his first time beating Super Mario Odyssey at the age of six, running around hitting Bokoblins with clubs in The Legend of Zelda, and teaching his little Sister how to throw an item in Mario Kart. I want those memories of their firsts to last with them – just as my first adventures have.

To enter the giveaway we want to hear about your favorite memory trying something new in the comments. Your memory doesn’t have to be gaming related. We just want to hear about the start of  an adventure that was dear to your heart.