As the resident Overlord of Spreadsheets, I have been collating the data from our past 12 rounds of sign ups to see what geek loves were most popular over the last year.  Here are the Top 30 listed: 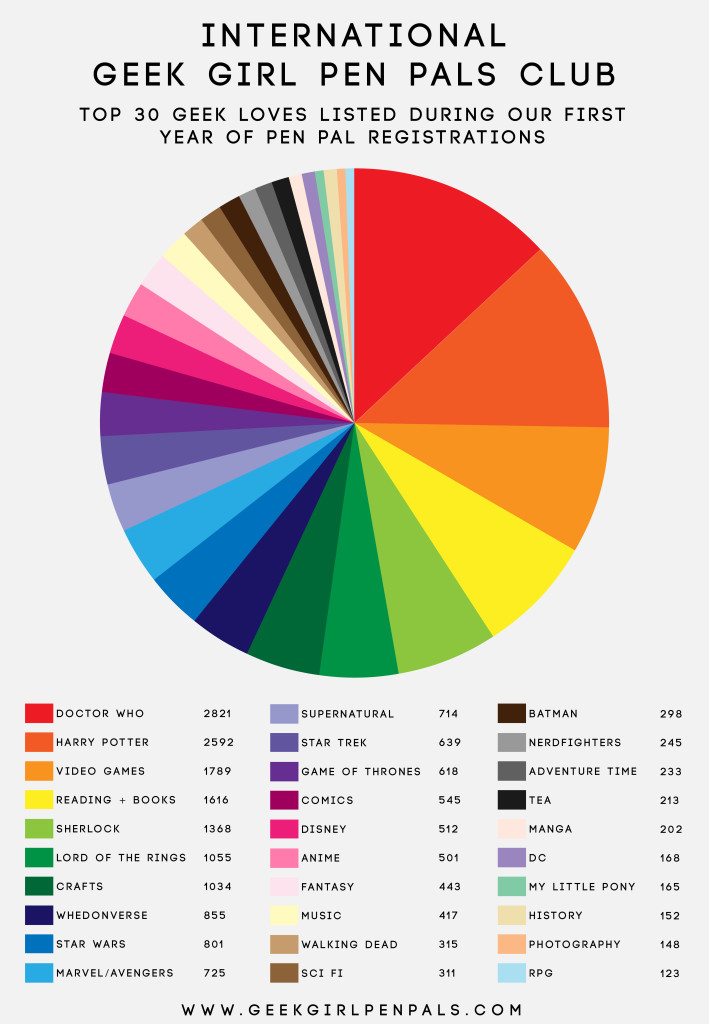 Now, initially this was posted as a Top 15 only and it caused a wee bit of controversy due to the low position of video games and you lot were eager to know how it was worked out…so, here is the explanation/breakdown:

Every geek love that has been listed from R1 – R12 has been copied directly from each round into one spreadsheet which is HUGE, then a tally sheet of 50 of the most popular loves listed. Using the find function I then searched the sheet for the geek loves and totaled them up. Some loves only warranted one search (who, potter, sherlock, supernatural etc), where as others such as Lord of the Rings, needed multiple searches to include the most popular ways people listed it (Lord of the Rings, LOTR, Tolkein, and I included The Hobbit because why not?!). Below is a list of the categories that used multiple terms to get the final figure:

Now this isn’t an exact science, but it is as close as we are gonna get for now! At HQ we’re looking forward to comparing this to next year’s to see how these figures change! You too can become part of the statistics by signing up for R13 on April 15th!

Keep it geek, yo.

P.S. If you want to you know who many peeps put your top geek loves, leave a comment and I’ll fish the number out for you!