Welcome to The Riverdale Review, a continuing series on the ever-popular television drama, Riverdale. Today, we are covering the fifteenth episode of the third season, American Dreams.

The episode’s beginning bears a hint of familiarity. The American Dream, as Jughead calls it, was once a fever dream of his. An exaggerated version of an exaggerated nuclear family; women in aprons and frilly skirts, and men in a personalized sweater and bearing knives for turkey cutting. Rather than violence. 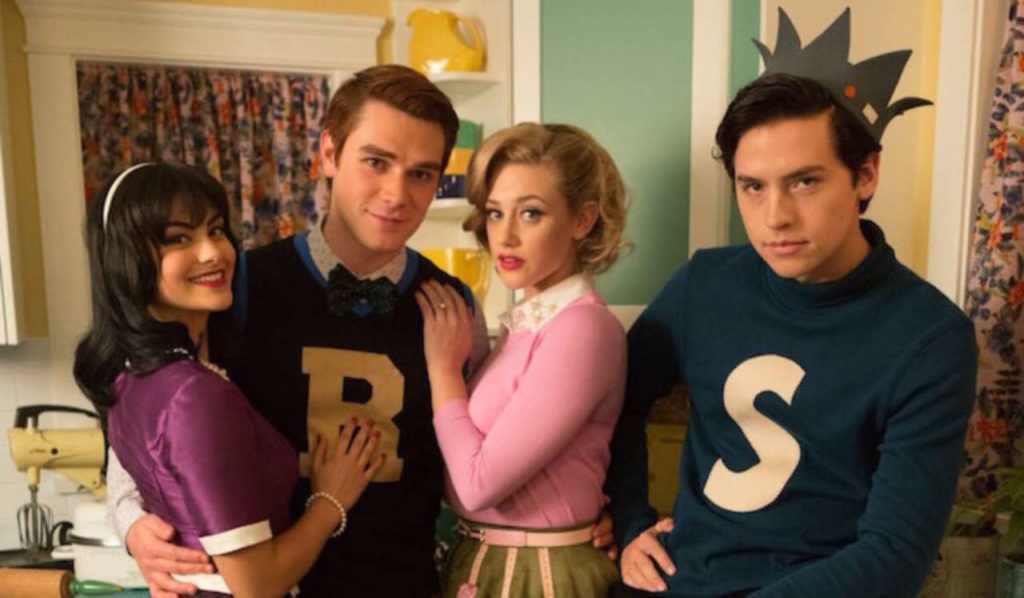 Today’s episode shows a real version. Jughead, his parents, and his sister, all sharing breakfast. A dream that slowly crumbles before Jugheads eyes in this episode. It begins with their arrival at the Cooper house when Gladys announces that she was the anonymous buyer. Betty and Alice exit, carrying boxes, but are stopped in their tracks by the Jones clan on their stoop. Jughead is immediately suspicious of his mother’s motives. He later confronts her about her shady actions and her motives. She isn’t phased by his questions, though, and claims to be only trying to rebuild a life for them in Riverdale. Jughead seems convinced – until he hears from Betty. 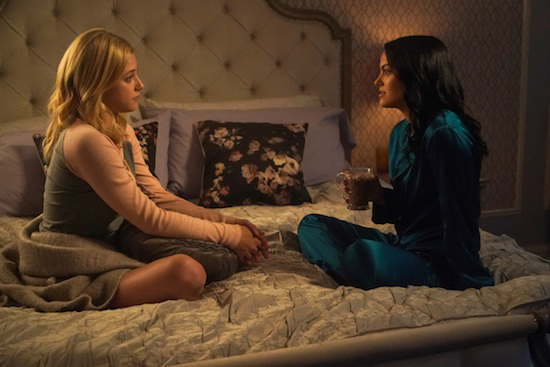 When she goes to live with Veronica, Veronica finds that she can no longer keep such a huge secret from her best friend, and spills everything to Betty about her deals with Gladys Jones. Betty is of course, morally forced to tell Jughead what she knows – without revealing her source. Set on a warpath, Jughead sets his Serpents to find out what they can. Meanwhile, Archie searches for a way to remove the target on his back, set by the Red Paladin quest cards. The group comes to the simplest conclusion; spread the word of an addendum to the quest. That Archie will battle any fighter, in return for their quest card. If Archie is not defeated between dusk and dawn, the mark against him is removed. 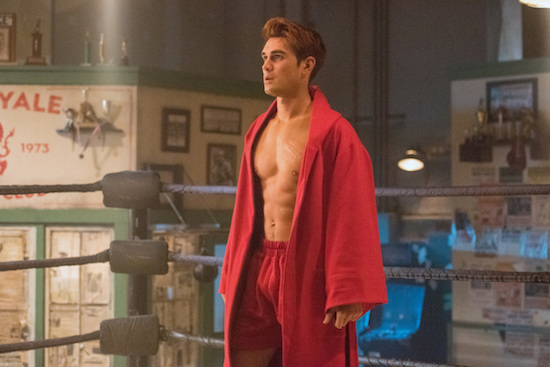 Luckily, the man that activated the quest in the first place – Hiram Lodge – is around to help. He gives Archie the keys to an old boxing place on an abandoned side of town so that they can host the fight. And when Archie inevitably wins against the G&G players, Hiram tells Archie to keep the gym in compensation for releasing the quest in the first place. Archie, fairly, seems skeptical of Hiram’s generosity but accepts the gym none-the-less. The possibility that maybe it would have been more dangerous to decline seems to run through Archie’s head.

The first is Reggie and Veronica’s. Reggie gets it into his head that he deserves better treatment from Veronica and asks to operate as a partner of La Bonne Nuit. Veronica claims that while she’s in debt to Hiram and Gladys, she isn’t in a position to take on any other partners. Reggie is understandably upset and acts out. Veronica attempts to placate him with wages, but he only finds it more insulting. The final tipping point is when, in a rage, Reggie attempts to steal back his car from Gladys, which he gave away when they were first in her debt. Gladys catches him and drags him by the ear to La Bonne Nuit and a less than impressed Veronica.

When they finally discuss his feelings, he declares that he doesn’t want to be an errand boy, or pit boss, or casual hookup; he wants to matter, in his words. Veronica claims he does of course matter, but Reggie says he feels as if he’s getting nothing fairly in return for his work. Defeated, Veronica takes something from her purse and offers it: the keys to Reggie’s car. She tells him that she bought it back from Gladys for him and that now they don’t owe each other anything. 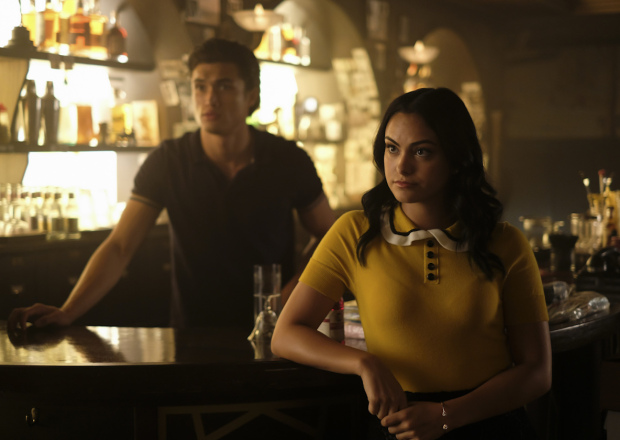 The second spat is Toni and Cheryl’s. This spat came less out of left field since for the past few episodes tension has been growing between the two. Their arguments begin moments into the episode when Cheryl suggests a skiing trip to Quebec. Toni rebuts that she and the Pretty Poisons were going to go on a road trip at that time, and Cheryl is outraged. A fight brews, but Toni has to leave for work. In an act of vengeance, Cheryl appears at La Bonne Nuit dressed provocatively. 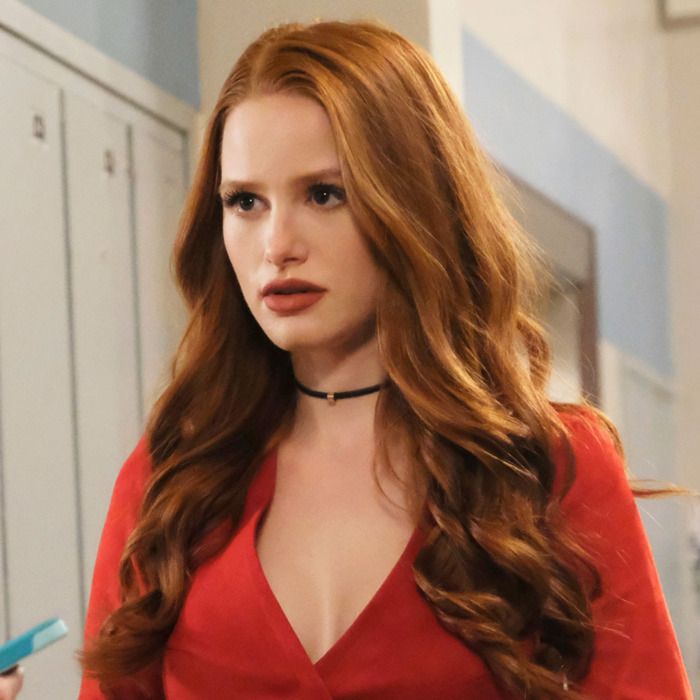 Though she claims her intentions are entirely innocent, Toni watches her case La Bonne Nuit all night. Confirming her suspicions, Cheryl breaks in and attempts to unlock the safe. Not before Toni catches her, though. The tension leads to a steamy PG moment between the two, but their talk is inevitable. Toni expresses that she thinks Cheryl is upset because she’s not in charge. Cheryl shoots back that she’s more upset that Toni doesn’t want to spend time with her, rather than the Poisons. With a sigh, Toni reveals that she doesn’t feel at home with Cheryl, in Cheryl’s bedroom, which is supposed to be theirs. Cheryl declares that then maybe Toni should move out- and leaves her alone in La Bonne Nuit. 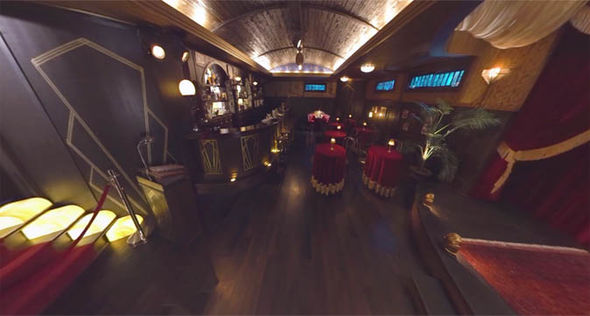 The episode ends on a tentatively happy note: F.P.’s fiftieth birthday party, hosted at La Bonne Nuit. Here we see F.P., innocent of his wife’s crimes, enjoying the night. Jughead is uncomfortably quiet to his mother, whom he confronted the night before. With threats against his father’s mental health and claims of supporting their family, she swayed him into begrudged silence. While making a moving birthday speech to his father, there is a moment when he pauses, tempted to reveal his mother for who she is. He takes pity, though, and simply offers his pride in his family, and his father. The episode may endless climactically than the last two, but with a clear vision of the future. In Jughead’s words: “Save Jellybean, protect my dad, and run my mom outta town.”

This episode was not the most riveting, but it set the building blocks of the rest of the season. The most crucial note being Jughead’s determination to stop his mother. When has there ever been something he could not accomplish? Especially with Betty by his side. Or him by hers. It just remains to be seen how much of the false happiness in his life right now is salvageable for real happiness.

Archie seemed hesitant to take the gym from Hiram. Understandable, of course, but could it be that despite Hiram’s promises, there’s a string attached we can’t see? Veronica’s father seldom does anything without a motive, and simple compensation does not follow his bloody track record. What could it be?

Speaking of Archie, his newest girlfriend was absent from this episode. Hopefully a meaningless note, but there’s a concern in the back of my head that since Veronica and Reggie have kinda split, that we’re on the road back toward Varchie. Which is undeniably cute, but so is Archie and Josie.

Did anyone else sort of agree with Reggie in his spat with Veronica? Of course, it has been Veronica’s money, business savvy, and ingenious mind that have led La Bonne Nuit this far. Yet Reggie has been backing her every step of the way. With cash, muscle, or just as moral support, the guy has done a lot. And he wasn’t getting a lot back – especially since their dating status was complicated at best. Will Veronica be restrained or set free by his absence? We’ll have to see.

Almost any mention of the Farm has been ominously avoided this episode. Part of me is thankful that we avoided the terrifying initiations and brainwashed people for a week, but what they might be planning or doing in the background is just as scary a thought. I’m sure they’ll make a reappearance next week and we’ll get all the juicy gossip.

We have more questions than answers lately, so we want your answers! Do you think Varchie is endgame? What do you think the Farm has under their sleeve next? What are Hiram’s motives with the boxing gym? As always, let us know in the comments!