Heroes aren’t made. They aren’t born. Heroes, Shazam posits, are chosen. Sometimes, they are chosen by fate and thrust into impossible circumstances; forged by fire, and destiny. Sometimes, they are chosen by vote; the strongest, the bravest, or the smartest, to represent our kind for tests of skill. And sometimes, the eldest and wisest choose our champion. They choose someone pure of heart and soul, someone to lead us into the new world with grace and composure. This is the manner in which Billy Batson was chosen to carry the legendary power of Shazam.

That is if it doesn’t interfere with his curfew.

Shazam was long-awaited by nerds everywhere; mostly because it was widely anticipated as DC Comics’ attempt for a lighthearted film. 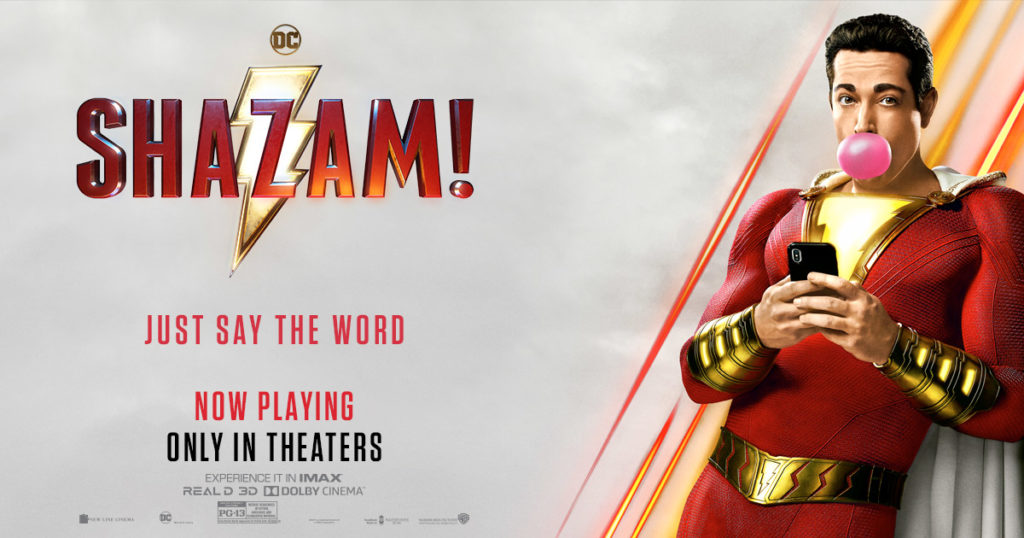 DC’s previous movies, all with very different success and quality levels, shared a common depressing theme. Previous successes for DC with Wonder Woman and Aquaman offer hope for this film, but can’t erase our caution. Shazam was marketed from day one as a comedy; even before there was a trailer, casting Zachary Levi, whose previous comedic works include the television show Chuck and Thor Ragnarok, was a sign. Whether you’re a diehard DC fan, or someone scarred from previous films, everyone enters this film with a bias.

Shazam follows the story of a young man named Billy Batson, who is an orphan in the system and has been moved from home to home for most of his life. At first, the plot seemed jagged, sudden, as if scenes and pieces of the plot were written independently and sewn together into a script last minute. There is very little build up between the start of the movie and the climax of the first scene, leaving the audience set off-guard. To top it off, we are abruptly thrown into a time skip, and offered another young protagonist!

After an introduction like that, I was surprised when Billy Batson’s first scene was just as fast paced! It takes some time then to settle the viewers into the rhythm of the movie. When I was watching it in the theatre, I thought, “at least it’s realistic”. These early transgressions set the tone for the movie in this way. If you’re not familiar with Shazam or haven’t seen the trailers, the story follows a teen boy who gets the power to become a superhero in a grown man’s body at the shout of a word – SHAZAM! So, though the plot continues to feel a little uneven, humour is drawn from the reality of a teen boy getting superpowers and looking like an adult. Buying alcohol? Check. Going to a strip club? Check. Going viral on YouTube? Check.

The central plot absolutely carries the film. Side conflicts and motivating narratives all seem to fall short. In a few instances, bad acting fails the movie. Some problems arise from writing failures. For example, a complication from the beginning of the movie is used to set a scene and establish Billy’s character. Though it exists in the viewers’ minds as thematic (until they have other things to think about), mention of it is pretty much abandoned until the end of the film. Even then, it is again only used to propel Billy’s story. Additional depth (or acting advice) could have made these stories more impactful.

Zachary Levi’s portrayal as adult Billy/Shazam is a highlight without a doubt. No one can deny the amusement of watching a grown man in spandex behave like a teen boy. Levi’s acting shines in this role! Shazam is not a masterpiece. It is fun though. Despite any writing and acting critiques I could offer, you can go into it expecting a laugh (coupled with a grimace). 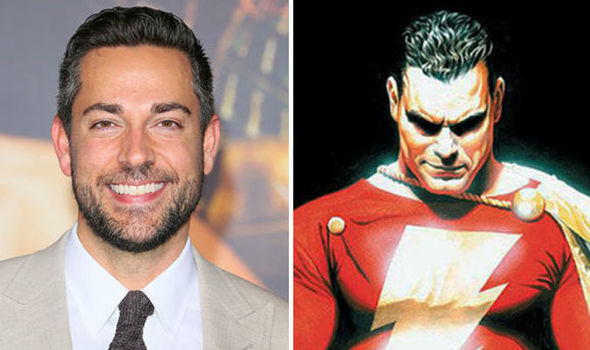 The story at least carried an air of familiarity for fans of Shazam comics. I have never read them myself and expressed after the movie that watching it felt like seeing a comedian and someone with depression have a conversation – where the two kept cutting each other off. I was enthusiastically informed that the comics were just the same! 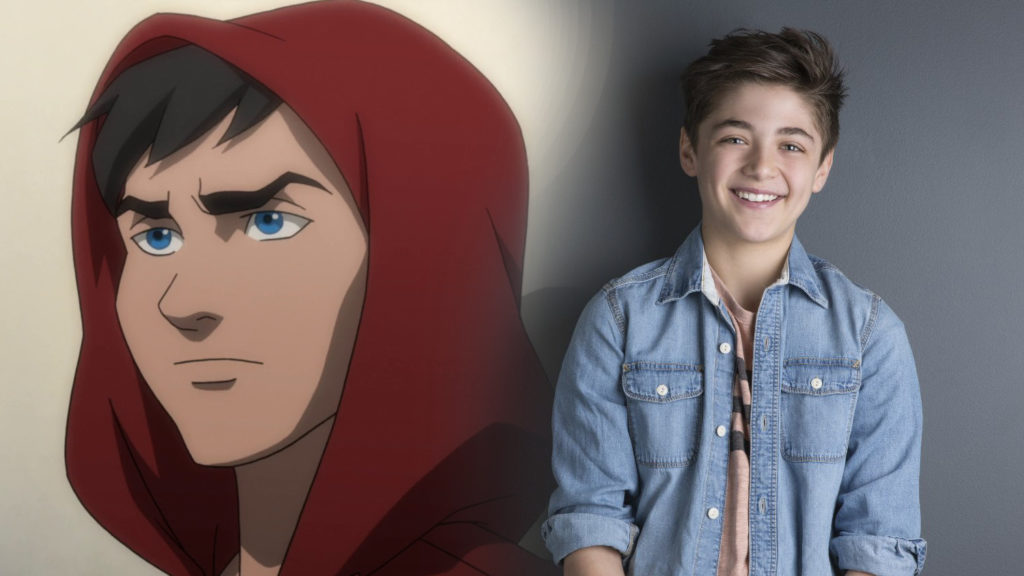 Billy Batson, a usual high school student making inappropriate jokes and playing too many games, is perceived as a huge magical threat. So, as he continues with day to day teenage boy things, his life is consistently cut into by some villain or another. Billy faces this with all the grace he has; none. Shazam’s charm and amusement come from this frank portrayal of Billy’s life as a teen/superhero.

In its opening, Shazam made $158 million worldwide. To compare, Marvel’s latest film, Captain Marvel, made $455 million in that time. There’s something to consider that Captain Marvel‘s opening sales may have been influenced because it is Marvel’s first female-led superhero movie. So, digging deeper, we can see that the only Marvel movie to make less than Shazam when opening is Ant Man. The DC movie to make the most in its opening is Batman v Superman: Dawn of Justice, at $422 million. DC’s previous successes set a par too; Aquaman opened with $166 million, and Wonder Woman opened with $228 million. So it seems that Shazam turned around a tidy sum, though not matching its predecessors, or comparable to most of Marvel’s launches.

I falter between three and four stars out of five for Shazam. Neither seems quite appropriate. Its small faults, though they build up, don’t tear down the entire movie, which is something to speak to. If they were going to include small storylines at all, though, they should have been executed better. On the other hand, the main story is funny, straightforward, and at times, even heartwarming! I didn’t leave the theatre regretting the twelve bucks I spent to see it. I think what we can all agree on is that Shazam is a step in the right direction, but that DC is going to need to dedicate a little more love to these films going forward if they want to rival Marvel. 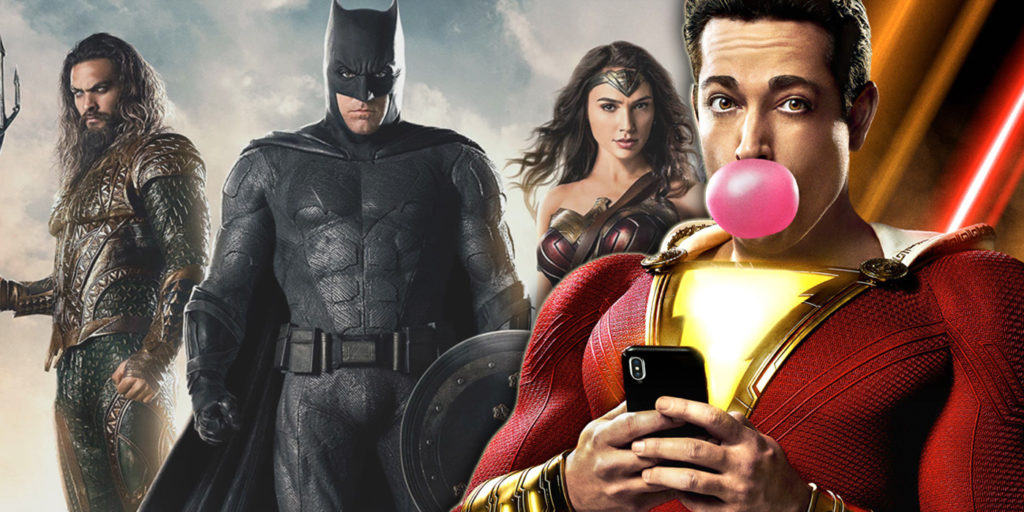 How did you like it compared to other DC movies? Or compared to Marvel movies? Let me know below!