Welcome to the March installment of the 2019 tabletop challenge:

As a way of guaranteeing quality time together, my partner and I have challenged ourselves to play two tabletop games each week in 2019, with no repeats. Each month, I recount our tallied games with a brief rundown of each game and a highlight for this month’s particular favorite. Welcome to the table! I hope you find a game to pique your interest. Lisboa is a hefty historical game that is beautifully illustrated (w/ Portuguese azulejo influence), and extensively researched. In 1755, Lisbon was reduced to rubble by an earthquake, tsunami, and ensuing city-wide fire. In this game you are a patriarch of the city, rebuilding it to new glory. But my favorite part? Your prestige and victory is measured in the number of WIGS you own.

I’m intimidated by large Euro-style games. I have a real problem with “analysis paralysis” and games that offer a smorgasbord of choices and victory paths overwhelm me. But Lisboa is such an interesting take on the style that I can’t help but love it. I mean, come on, wigs. 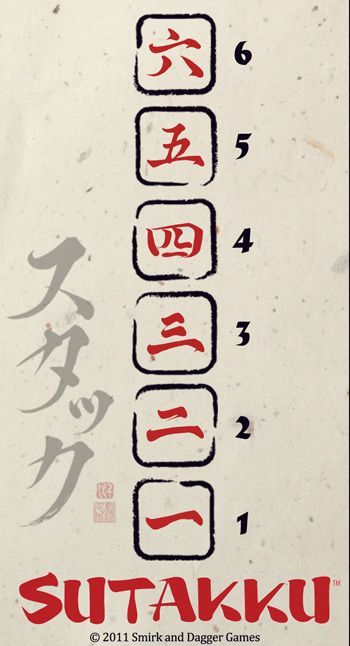 Sutakku has a tradition in Japanese folklore, expressing the dangers of greed and reaching beyond one’s means. Dice are rolled and stacked, reaching for an ever higher score. Players may stop and score the stack at any time or continue rolling and potentially bust. 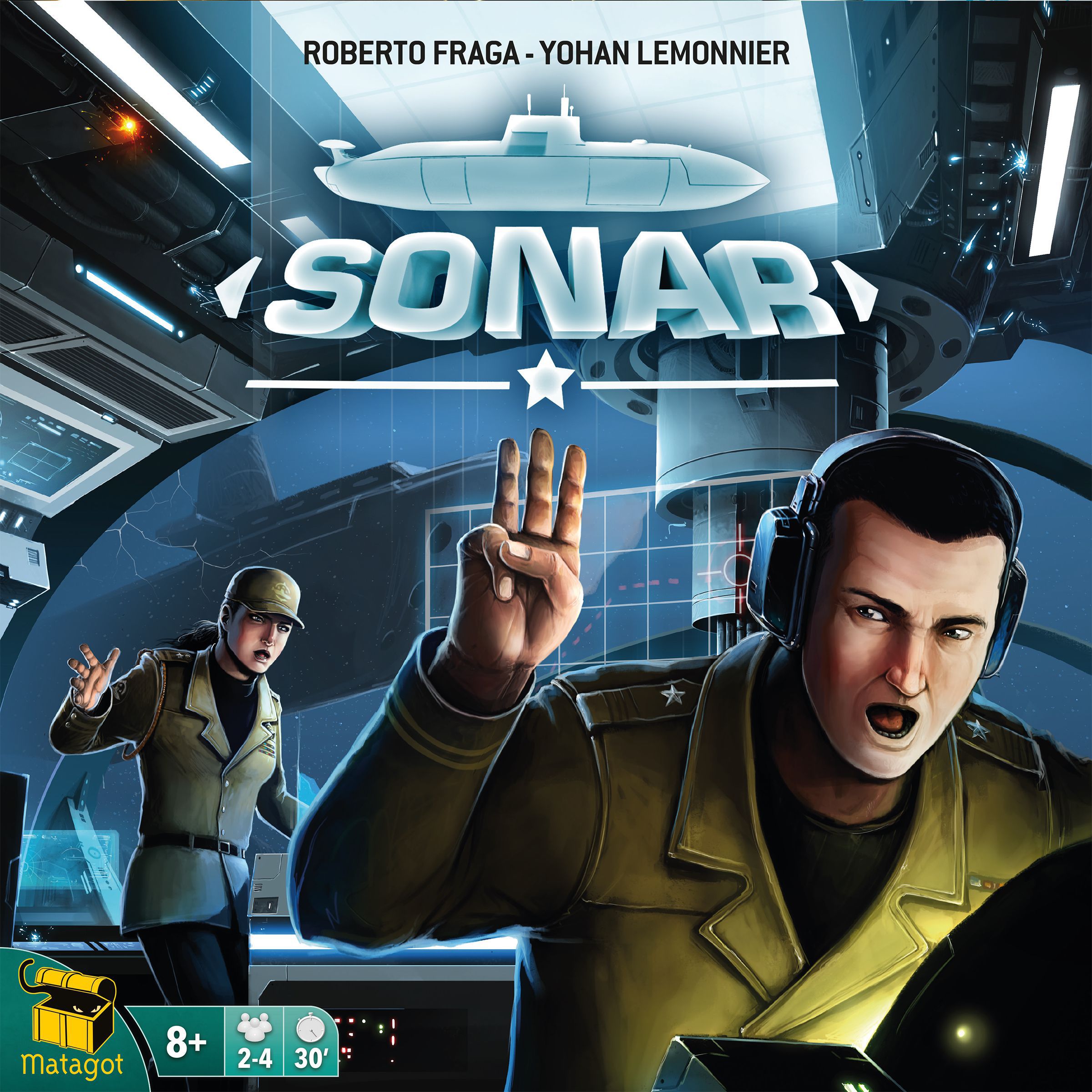 You sank my submarine! This is a two to four player variant of another game called Captain Sonar (that’s CAPTAIN, to you!). With hidden map boards, players must safely navigate their submarines while also hunting other players hidden movements. 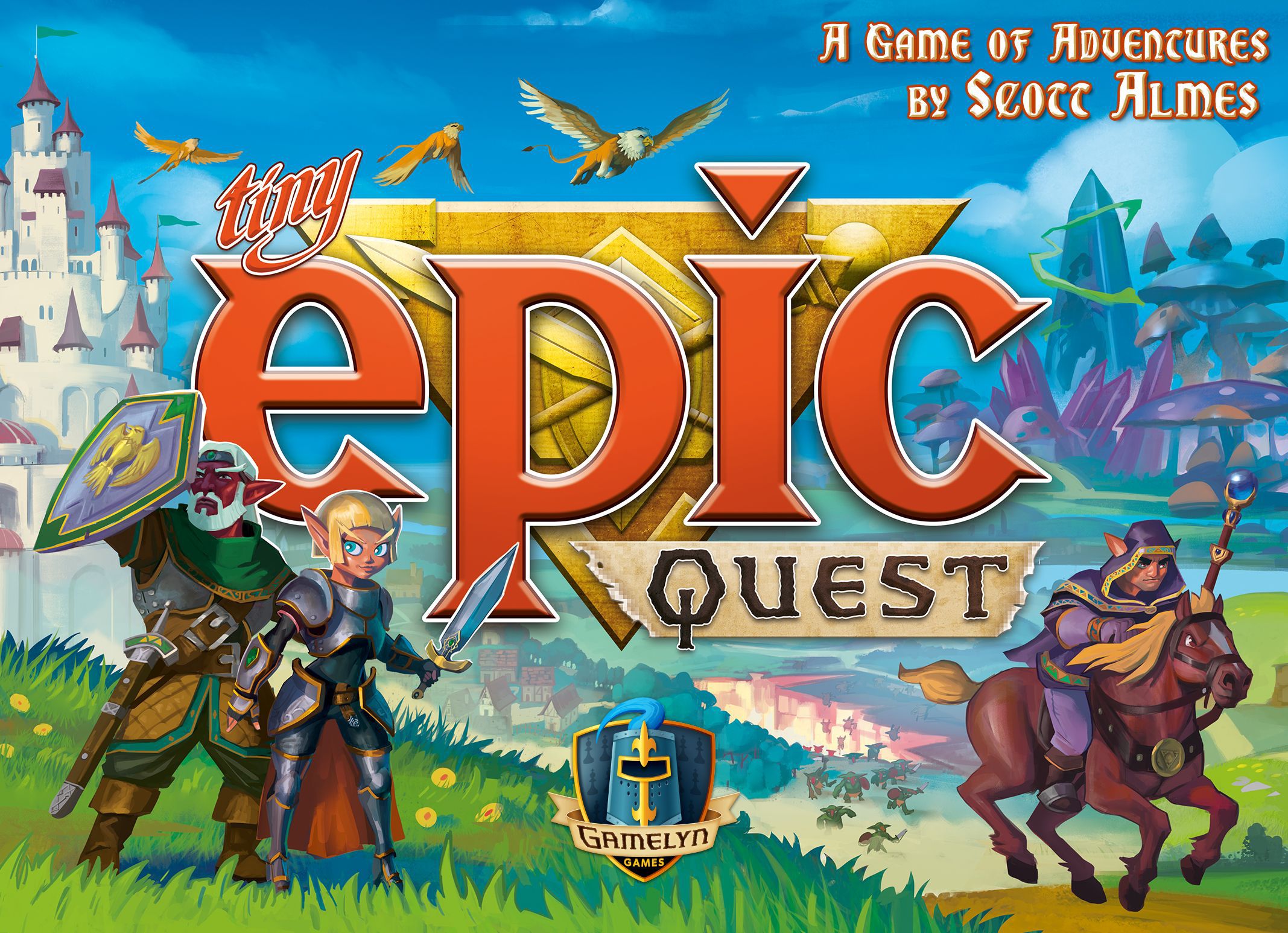 These tiny adventurers travel well and the modular board can be set up almost anywhere. The questers will seek to complete adventures, fight Goblins, and learn spells. But best of all are the teeny-tiny weapons. 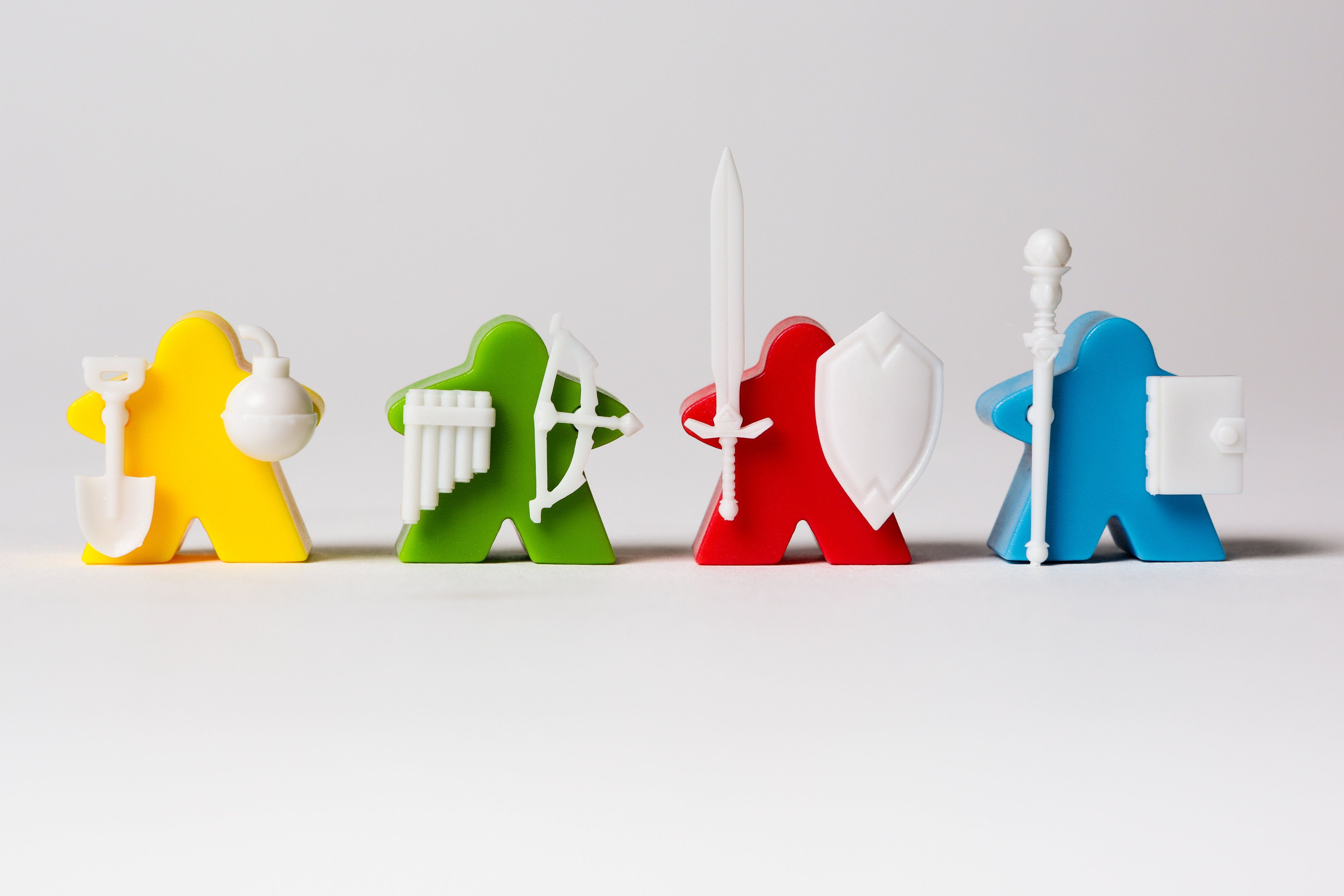 Fantasy economics! Programming four-part action turns, players will establish outposts, tend farmland, sell goods, and fight for control of fiefdoms. Travel by boat or airship or press into service monsters and sea serpents as you strive for power. 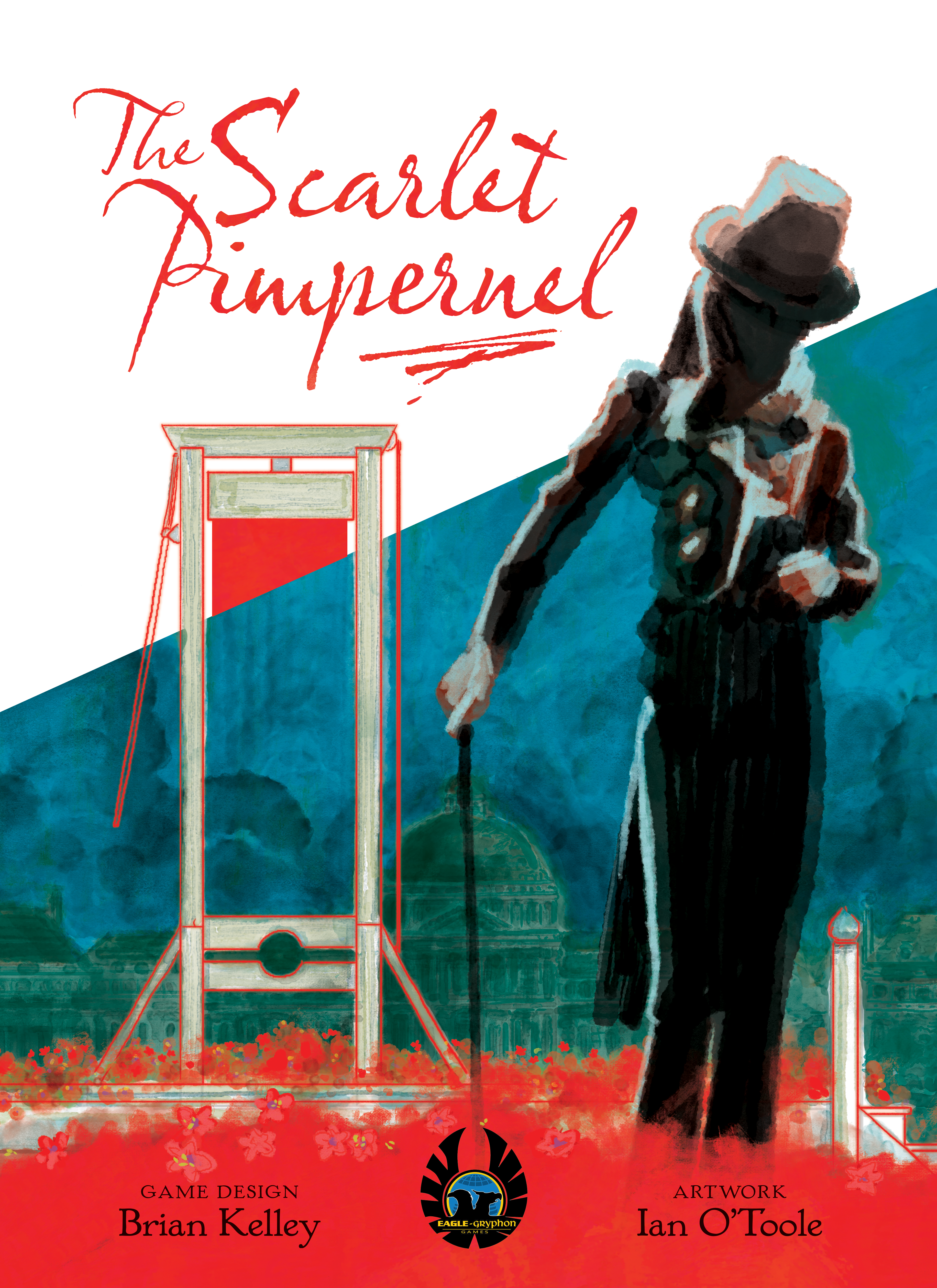 Games based on books could, quite frankly, be the most simplistic, lackluster effort and I’d still love them. Thankfully, The Scarlet Pimpernel is not such a game. Players, as members of the League of the Scarlet Pimpernel, are chasing after Sir Percy Blakeney as he daring-dos across England & France to rescue victims of the French Reign of Terror. A series of seven missions require support, routes, and resources, obtained by the players and the player with the highest score will gain the Scarlet Pimpernel’s favor at the end of the game. 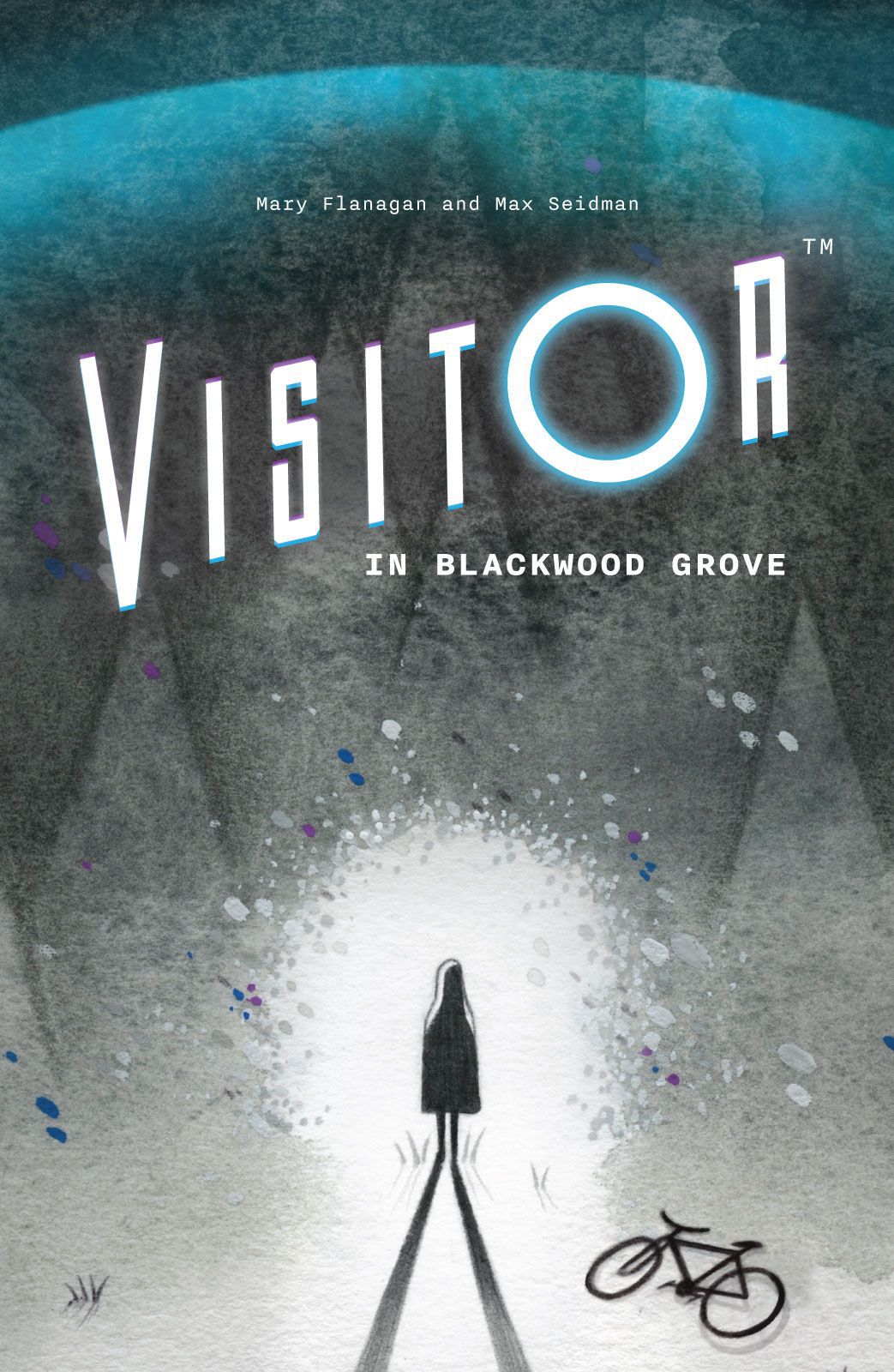 E.T. the Board Game! Not an entirely fair assessment but serviceable. With a minimum of 3 players, there are the roles of the alien, the kid, and the government. Additional players (4-6) will play ancillary government agencies. The alien has crashed in Blackwood Grove and formed a bond with the kid. A force field protects the crash and, using images, the kid must deduce the password to get past the shield. Meanwhile, the government is also attempting to get past the force field but their endgame is much more sinister. This game plays somewhat like a party game as the alien establishes a “rule” and uses the cards to help the kid figure out what the rule is (objects that are red, things you eat, objects made of wood), of course, the government is always watching. 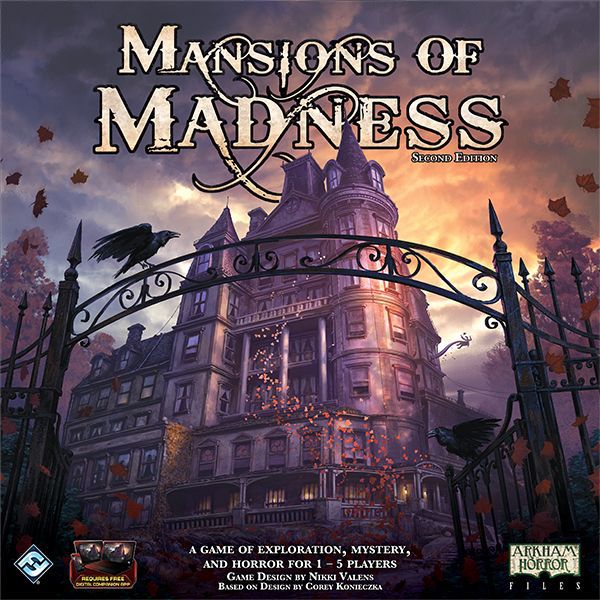 Yet another Lovecraftian horror game, you say? Well, yes and no. It is another such game but Mansions of Madness is also unique in that this edition is app-guided.  Players learn to play as they play, exploring a mansion full of horrors beyond belief and having their story guided by the phone app. The one concern I have for this games sustainability is should Fantasy Flight ever decide to stop supporting the app or go out of business, the game will become nonfunctional. Economic games come in so many shapes and sizes. This one takes place in a monastery and your monks seek to brew the best ale. Finding the balance between caring for your gardens, harvesting your resources, and engaging monks to help will be your task as you fill your casks. 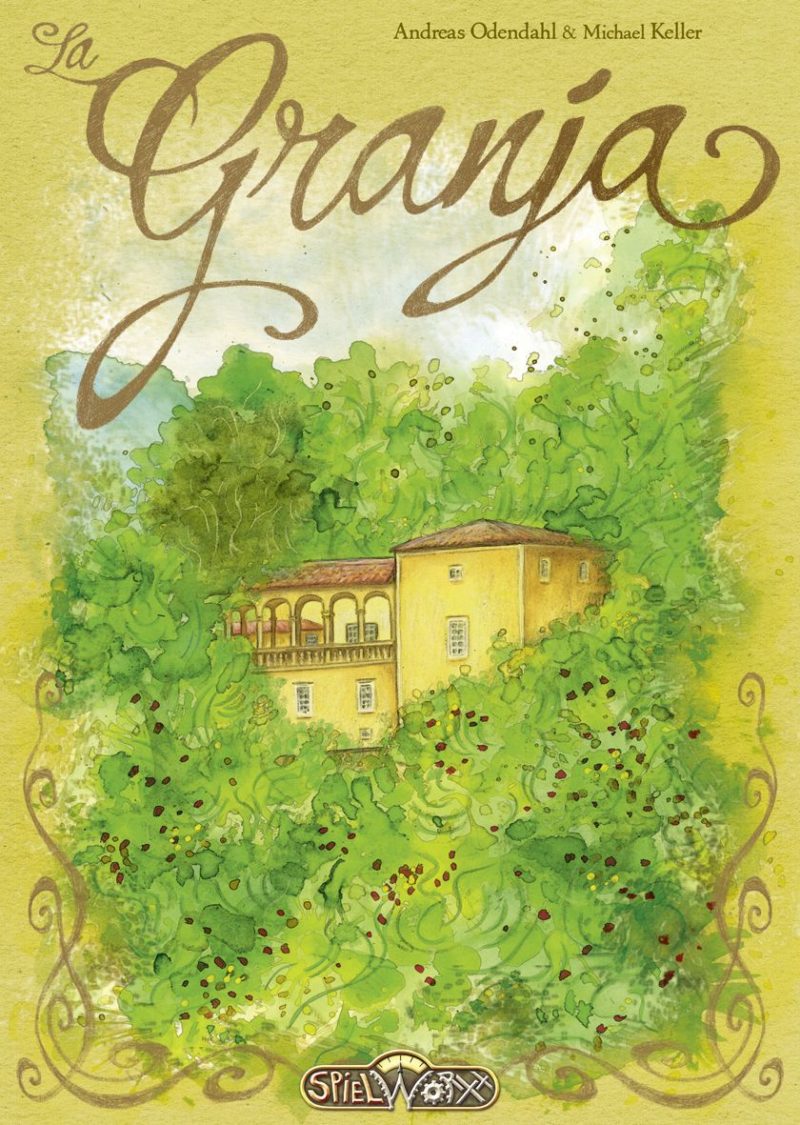 More economics! Farming is very popular in board games. In La Granja, each player manages an estate on the island of Mallorca and is upgrading their farms while also supplying goods to the nearby village. If you are seeking a good farming economics game, I suggest looking to Viticulture before spending your money here.

Join me next month for more games from the table and be sure to follow the #104Gamesin52 tag over on Instagram!