As many of you may know, I worked at a Halloween store last year. Well this year I got the job again and so far I’ve scared many children. It’s a lot of fun and you can count on scary and fun Halloween looks throughout the season starting…..now!

By the way, as a responsible adult I have to say: It (2017) is a rated R movie. Please do not see It without parental permission! (Do read our review of the film, though!)

Now that no parents can be mad at me, on with the tutorial!

For this Pennywise makeup look you won’t have to go full clown-white, which was a relief. I can only afford cheap body paints and I really despise putting those on my face.

Start out by priming your face with your favorite primer, and if you have a shade or two lighter foundation grab that and use it. If not, that’s perfectly fine; we’ll just have to do some highlighting.

Now, after you’ve got your face on (or someone else’s; I don’t judge), the only color we will be using after this point is red. That’s it!

First, take a red eyeshadow (which I have now thank you beautiful people) and apply it to the outer corner, and in and above your crease using a fluffy brush.

Using a flat brush and the same shadow, carefully apply to your lower lash line.

Pick the fluffy brush up again, and still using the same red shadow, drag some down from your lower lash line to as far as you’d like. 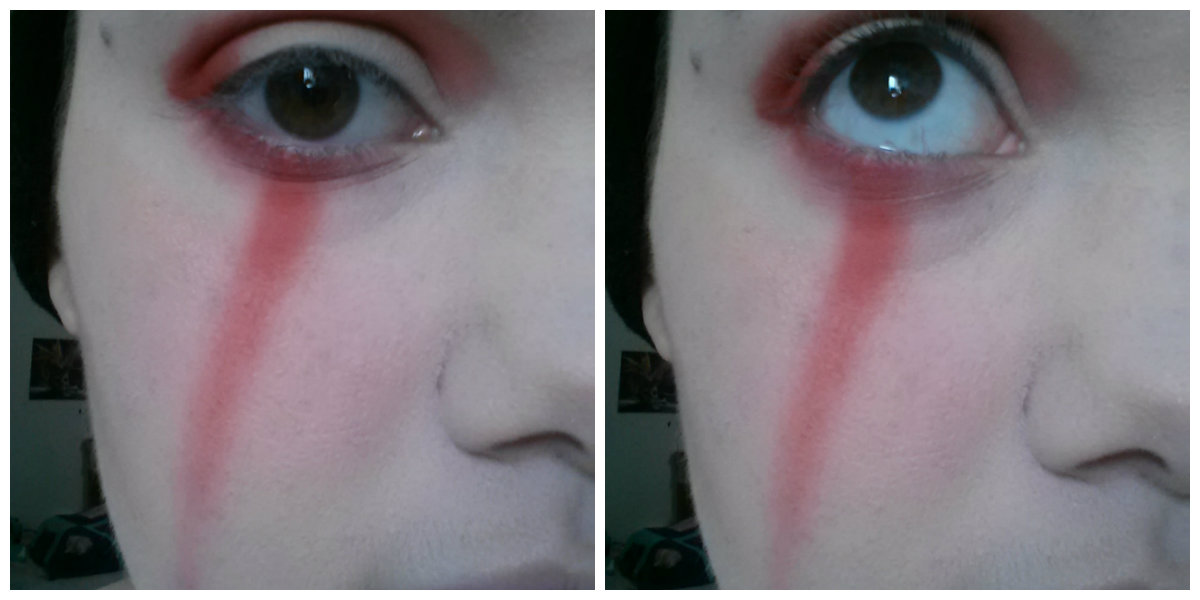 At this point the eyes are mostly done. Later on I applied a little eyeliner and some mascara just to make my lashes stand out.

After you’re done with shadow, apply some red lipstick. I used a liner to get my cupids bow nice and pointy, but you can do whatever shape you want. I also used a red liner to made points at the corners of my mouth. I like to start the lines coming from my bottom lip as opposed to just sticking right out from my mouth so it looks a little more natural, like the lips are just extending. 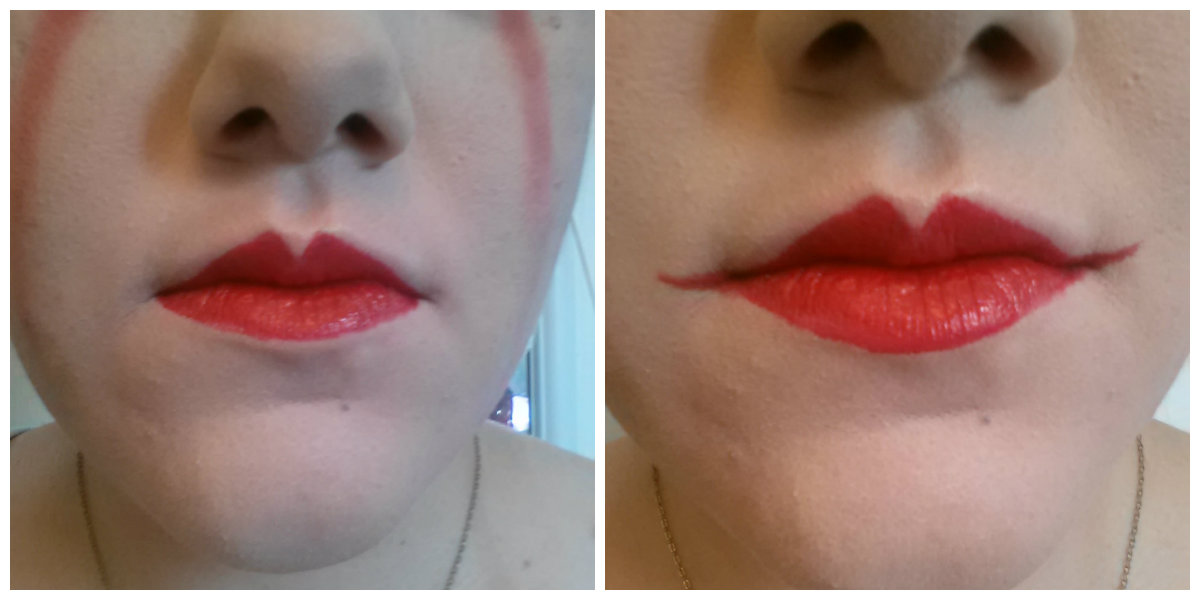 As previously stated, I applied a little line of eyeliner and some mascara at this stage, too. And your Pennywise makeup is done! Have fun with the look and try not to scare too many kids.

About the Author: Liz Hurley