Here it is. The much-anticipated and much-assumed-to-be-terrible-because-Michael-Bay Teenage Mutant Ninja Turtles. I have seen it. I will tell you about it. And I have to let you know up front: this movie surprised me. I was entertained by this movie. I liked the turtles. It’s got some issues to be sure, but overall, TMNT (2014) is a fun kids’ movie with some good humor when it remembers what its franchise is all about. Now let’s get down into it. Cowabunga. 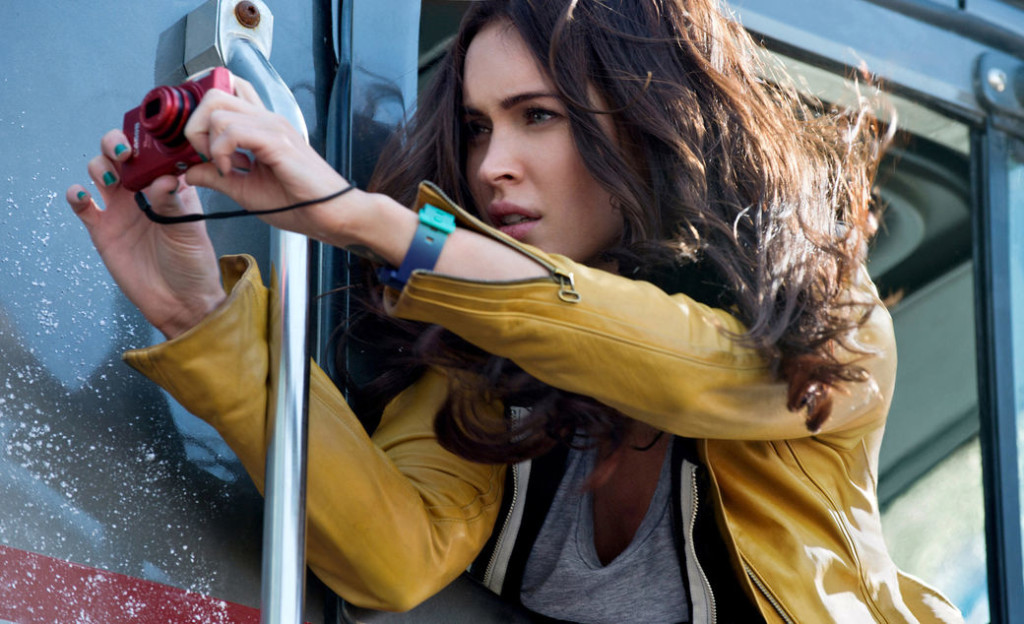 This movie opens with a really nice homage to the fact that these are comic book stories before anything else. The art is beautiful and I enjoyed watching it play out. We are immediately introduced to April O’Neil (Megan Fox) in her twenty-something reporter form (as opposed to the high school student of the current cartoon), working with cameraman Vern (Will Arnett) on fluff pieces for her TV station. She’s unhappy and wants to expose the truth behind the attacks by a gang known as the Foot Clan… and so our story goes for quite some time.

April spends a good chunk of the first part of the movie trying to uncover what the Foot Clan is doing. This is a much more heavily armed group than we usually see (they have ALL of the guns) and they spend a lot of time Moving Things Around. Now that I’m looking back on it, I’m not entirely sure what they were doing and how it pertains to anything that happens later in the story. Hmm. Anyway, the Foot Clan causes problems and takes hostages and a group of strange looking vigilantes comes to save the day in a really fun scene that takes place in the New York City subway.

And then we finally get to meet the turtles. And they are kind of awesome. The designs took a little getting used to, and I couldn’t figure out why Donatello wore glasses (except to make SURE you know he’s a NERD), but really, they were fun. The turtles threaten April not to tell anyone about them and vanish into the sewer, where they are caught by Master Splinter (Tony Shalhoub, voice; Danny Woodburn, motion capture), angry that they’ve been above ground. We are then back to April, who discovers these are her “pet turtles” from her father’s lab experiment, the same ones she saved from the lab fire that killed her dad. Helloooo, Convenient Movie Coincidence. They are the target of Eric Sacks (William Fichtner), who wants to capture them to retrieve the mutagen in their blood because Evil Plot to Poison NYC and Make Money from Antidote. 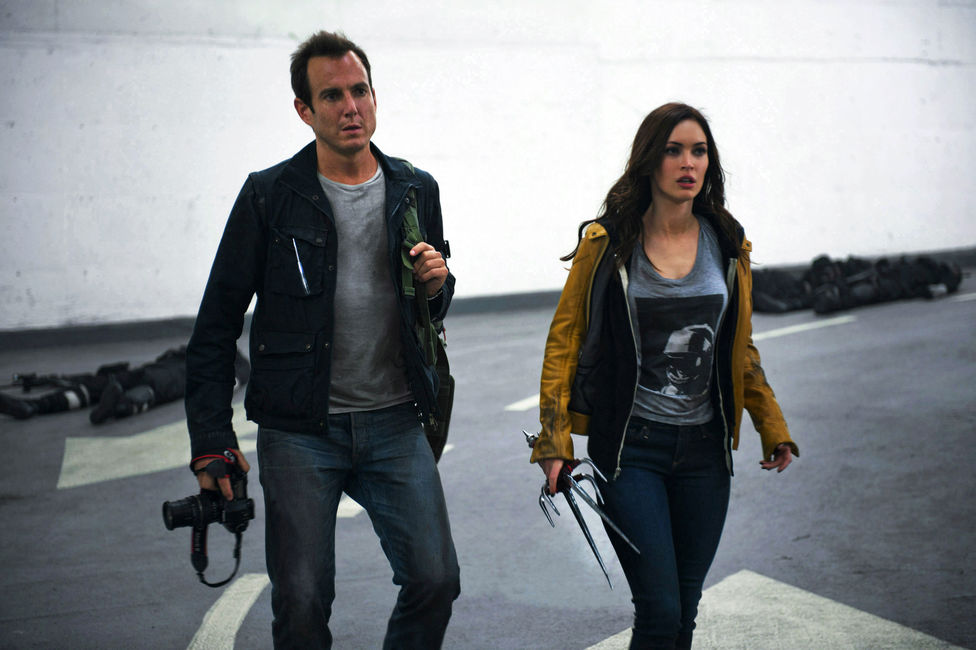 I know it might sound like I didn’t like this movie, but the truth is I really did enjoy it. The plot just had major issues, the biggest of which was that this seemed to be an April O’Neil story moreso than a Ninja Turtles story. (See her holding Raph’s sai?) She’s the main focus of the story and, frankly, she’s a little boring. I didn’t much care one way or the other what happened to her, and couldn’t figure out why she was in most scenes, except that someone figured people would want to look at Megan Fox. The turtles on the other hand are fun and funny and the motion capture is fantastic. When the turtles are the focus, this movie is so much fun, and the last several fights and sequences that are about the turtles are worth the price of admission. Seriously.

But there were weird changes that I couldn’t quite reconcile. It almost felt like there were two separate move scripts that got pieced together into the whole. One of them was good and one was just… well, boring, and they were spliced awkwardly into a single movie.

One of the major changes I wasn’t a fan of was the huge alteration to Master Splinter. For this movie, he is simply a lab rat who learned Ninjutsu from a book. Not only did that bother me (how did he learn without anyone to spar or practice with him? or teach the turtles?), but he had no connection to Hamato Yoshi and so no connection to  Shredder (Tohoru Masamune) beyond the genetic experiment that created him. The punch in their conflict is missing, the whole emotional depth of their history simply gone.

I was also disappointed in the lack of purpose for Karai (Minae Noji). She’s such an interesting character, and the only other female besides April to boot, and she was barely on screen. Her name was only said once. Poor use of your Karai, movie.

And maybe I’ve been a little spoiled: this movie was done by Nickelodeon, which also produces a TMNT cartoon that is actually very good. If they made a movie of that, I’d be thrilled. And in that version, Karai plays an integral part, and is well-developed as a character. So is April. So are the turtles. I know that a series has more time to develop characters than a movie does, but if a 22 minute cartoon for kids can make compelling TMNT stories, you’d think a big budget movie could manage that, too.

Also, to Science Problems that really bugged me. First, the centrifuge used in the movie worked in just a few seconds. What kind of centrifuge was this?? Also (and this one REALLY bugged me more than it probably should BUT STILL), Eric Sacks refers to the turtles as BOX TURTLES when the animals in his lab are clearly SLIDER TURTLES (a common pet species, so fitting with April having them as pets). Surely a scientist would be very careful to know exactly what species he’s using in his experiments. That really REALLY bothered me. (Okay, mini rant done now.)

Despite these issues (and some gaping plot holes), the action was on point and the humor (when it is there) is very good. It was a fun action movie, and kids in particular will enjoy this one, once they get to the parts with the turtles. I enjoyed it a lot and will probably see it again. Let me know what you thought of it in the comments below!