If you’re ready for a classic, old-school-style Muppets movie, then Muppets Most Wanted has you covered hands (or paws or flippers or whatevers) down. It’s got the comedy, the music, and the zany charm that makes these characters so beloved without taking away from their individual personalities.

This installment begins on the set of the finale of The Muppets (2011), the whole crew celebrating under the fireworks with a huge crowd of people having just saved the old Muppet Theater from destruction. The gang’s all back and they’re ready for what’s next. But what, exactly is the next thing? Enter Dominic Badguy (Ricky Gervais), pronounced “Bad-gee” (it’s French), who offers to become their new tour manager and take them on a World Tour. Kermit doesn’t think they’re ready, but the rest outvote him and the furry colorful crew is off on the road. They board a train to take them to Europe (because of course they do) and soon they are unpacking their bags in Berlin. 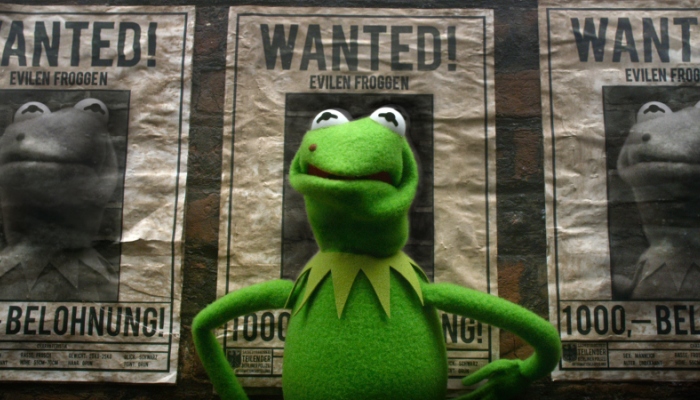 In the meantime, in a gulag (labor camp/prison) in Siberian Russia, we are introduced to Constantine, a green baddie who looks strikingly familiar, but for his prominent mole. This most villainous villain in the world (Muppet-wise, anyway) escapes and makes a phone call to his #2 (Dominic Badguy, of course), and also heads to Berlin, sparking an international manhunt. Well, froghunt.

Once in Berlin, things become dicey for Kermit as his friends are enamored with their new manager, and between their  antics and Miss Piggy’s push for a European wedding, Kermit is finally fed up and wanders away. He is accosted, slapped with a false mole on his cheek, and soon arrested when he is mistaken for Constantine. Constantine covers his own mole with green paint and sneaks into the group, mostly without question. This is all part of a cover for the two baddies to eventually steal the Crown Jewels of England and pin the whole thing on the Muppets, as Dominic ensures that each tour stop corresponds with a point on his and Constantine’s treasure-stealing quest route. Don’t think about this too deeply. After all, it’s a Muppet movie.

What follows are three parallel stories involving the Muppets themselves as they deal with Constantine (only Animal knows for a long time this isn’t their Kermit– not even when Kermit proposes to Piggy), Sam Eagle teamed with Jean Pierre Napoleon (Ty Burrell) the Interpol agent to track down the thieves, and Kermit back in the gulag. 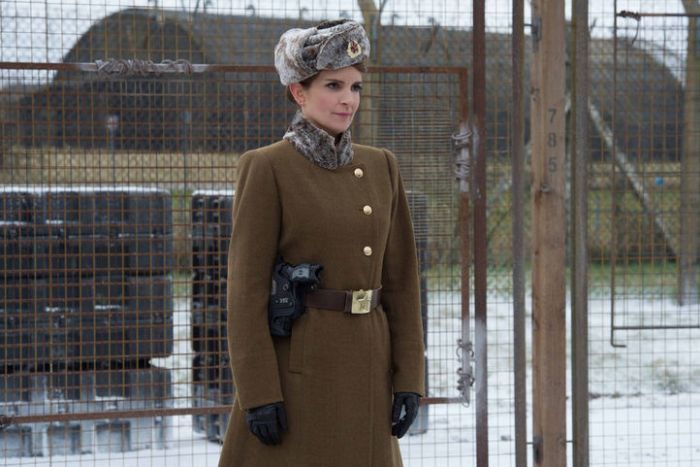 In the prison camp we meet Nadya (Tina Fey) and, even though they all know that Kermit isn’t Constantine (he’s nice and says “thank you” to people), he has to stay in custody because the “authorities” say he is Constantine. Nadya corners him into running the annual Gulag Review and hilarity ensues as prisoners go through musical auditions and the like. 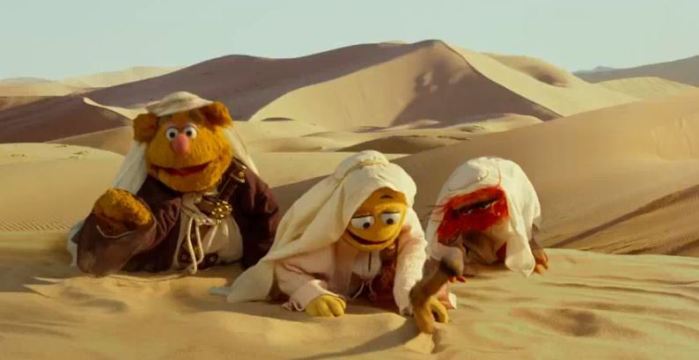 So there you have it. The plot isn’t terribly deep, but we don’t need a complicated plot when dealing with the Muppets. They are at their best when left to be themselves, and the various subplots ensure that each wacky trait is featured but not overdone, as can happen when a smaller group tries to sustain a feature-length movie. Gone, too, are the human main protagonists; this flick is all about the gang, and it shines in that regard. There are also plenty of references to the Muppets’ heyday in the 1970s, and sometimes it’s hard to tell if the piece is more modern or retro; look especially at the clothing and vehicles and other details.

The movie is also rife with cameos, including several so brief you won’t even be sure you saw them, and some that are just plain funny in their placement (the usher at the wedding for instance). There are plenty of in-jokes and spoofs (especially if you remember the Royal Wedding of 2011), and all in all it’s just fun and zany and, well, the Muppets.

I will say that I wondered how people in other countries will view this one, as it relies heavily on some very bad stereotypes, and their “World Tour” is just code for “Europe” (couldn’t they call it a European Tour?). But I suppose they are still the Muppets and they’ve never been especially classy, which is largely why so many people love them.

Overall I enjoyed this one a lot and if you’re a Muppets fan, definitely go check it out. And take a minute to appreciate that Piggy wears Vivian Westwood. She’s better clothed than most, that’s for sure.