We’ve waited 14 years for this film: The Incredibles 2 opens this weekend to about as much anticipation as any Disney/Pixar sequel can have. And while audiences have been waiting over a decade for this one, it seems like Disney has finally decided to go all-in with the Incredible-Family, pouring a lot of money into the property. But enough about that– let’s talk about the movie! And don’t worry: this is a spoiler-free zone.

First things first: Incredibles 2 is a FUN movie. With almost the entire original voice cast back in their roles, we settle immediately back into the action with the Parr family. Even though the first scene with them is a little predictable, it’s still just a treat to watch them in action. Honestly, this feels more like a kinda dark Marvel movie than usual Disney/Pixar, but that is by no means a bad thing. It doesn’t have the emotional gut punches that have become the Pixar byword, but this is a strength. This film instead relies on the characters’ growth, stretching themselves (literally, in the case of Elastigirl, aka Helen Parr) to take the next step in their story. (If you’re looking for the tears, the short “Bao” at the beginning is VERY traditional, emotional Pixar stuff.)

I have to admit that I was a little hesitant about some of the plot points hinted at by the trailers, but after seeing the movie, context is everything. Even the thing that I thought would be an annoying trope turned out to be okay because of the context. I don’t want to say more because I want to leave the plot for you to discover, but they really leaned into the 1960s setting and I think that did the film a world of good. 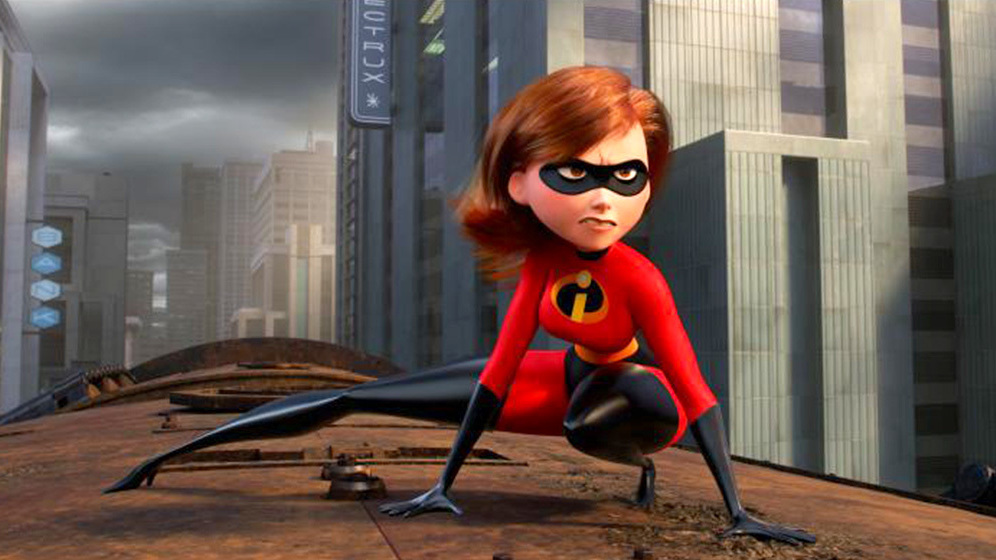 The other thing about Incredibles 2 is that it was just plain exciting. I felt my whole body tense up at parts, and at times I forgot I was watching a cartoon, not because the animation is just that real (it’s obviously not–very stylized!) but because the characters were just so believable. And can I just say how much I enjoyed getting to see the Supers, especially Elastigirl, really show their powers? It’s wonderful to see them in their elements!

Before Iron Man there was Mr. Incredible

It may be easy to forget that The Incredibles came out in 2004, 4 years before Iron Man, and well before Disney’s acquisition of Marvel Studios. This was only 2 years after Toby Macguire put on the blue and red spandex in Spider-Man (2002) and almost a decade after Batman Forever (1995). Superhero movies weren’t the safe bet they are now and the market was far from the saturated place we have today. (This is, of course, largely thanks to Disney’s Marvel push over the last decade.) That film was almost a throwback, an oddball in Pixar’s world of talking toys and anthropomorphic animals. 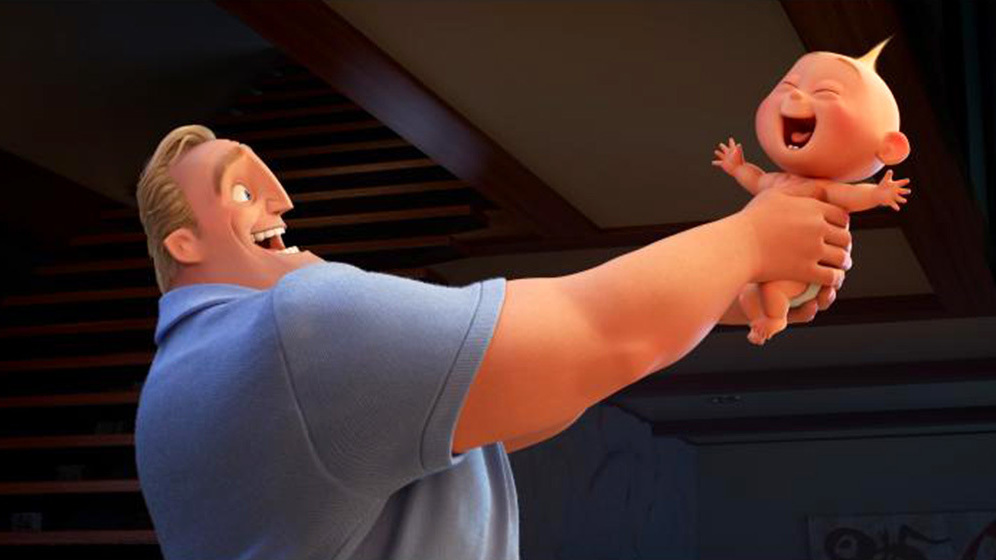 But now? It’s not just that the characters and story age well. It’s that they’ve finally come into their own after being on the cusp of the genre’s re-explosion into the industry. And I for one am glad to have the Incredibles back on the big screen. (It’s also fun just to watch Jack Jack. There’s a particular scene early in the film that had me laughing so hard I thought my cheeks were going to be sore the rest of the movie!)

As I said, Disney is putting a big investment into this property after a lot of years of nothing. The new “Pixar Pier” themed land in the Disney California Adventure park in Anaheim, California, opens later this month with signature featured ride, the “Incredicoaster”, occupying a massive footprint on the retooled boardwalk. There are meet and greets with the characters as part of their “Pixar Fest” promotion.

Lastly, I have to agree with other reviewers who have said that this film feels like the 2nd installment in a trilogy–and I hope they are right. I’d love to go on another adventure with the Parrs. By the end, it certainly feels like there’s at least one more story left to tell.

If You’re Taking the Kids:

This is a really fun movie, but it is a little intense. I’d say it ranks somewhere similarly to some of the more recent Star Wars films in some ways, so if your geeklings are sensitive to intense action, loud noises, and flashing lights, be prepared. (The villain uses strobe-light effects.)

MILD SPOILER for the sake of alerting folks taking kids: Another note, because I know some geeklings personally who might be affected by this: one of the major characters introduced in the film is motivated by the death of a parent. While they don’t directly show it on screen, it’s an all-but situation, so if your geekling might be bothered by that, maybe read a few more reviews (that are a little more spoilery) first.

Are you going to see Incredibles 2 this weekend? Let’s talk about it!