Fantastic Beasts: The Crimes of Grindlewald, is a bit like cotton candy: it’s a lot of fun while you’re in the middle of it it, but it doesn’t satisfy and leaves you still feeling a little empty afterward. Keep reading for a spoiler free review!

Note: There is a list of domestic violence advocacy groups at the end of this review. Feel free to add more in comments.

Fantastic Beasts: The Crimes of Grindlewald is unlike any of the previous films out of the Wizarding World. Its main purpose seems to be moving the set pieces established in the first Fantastic Beasts film so that they are in place for the next installment. At 134 minutes it felt strangely short, and lacked the standalone plot that the original Harry Potter films each had. This is probably because it is not based on a novel, and there is just too much information being shoehorned into the film medium that could have been better explored in book form.

First things first: the opening sequence is AMAZING. It sets up what should be a roller coaster ride of a film. I was blown away by the planning that the focus character must have used to arrive at this point. But then the rest of the film doesn’t quite live up to the expectations set by the opening.

One of the issues here is that there are so many characters that it’s hard to follow what each one is doing at any given point in the story. There also seems to be a lack of focus on a specific core group for the audience to relate. The first film did better at concentrating on Newt Scamander himself, and his accidental companions Jacob, Tina, and Queenie. The Crimes of Grindlewald continues following them but adds so many other characters that it feels rushed in every scene. 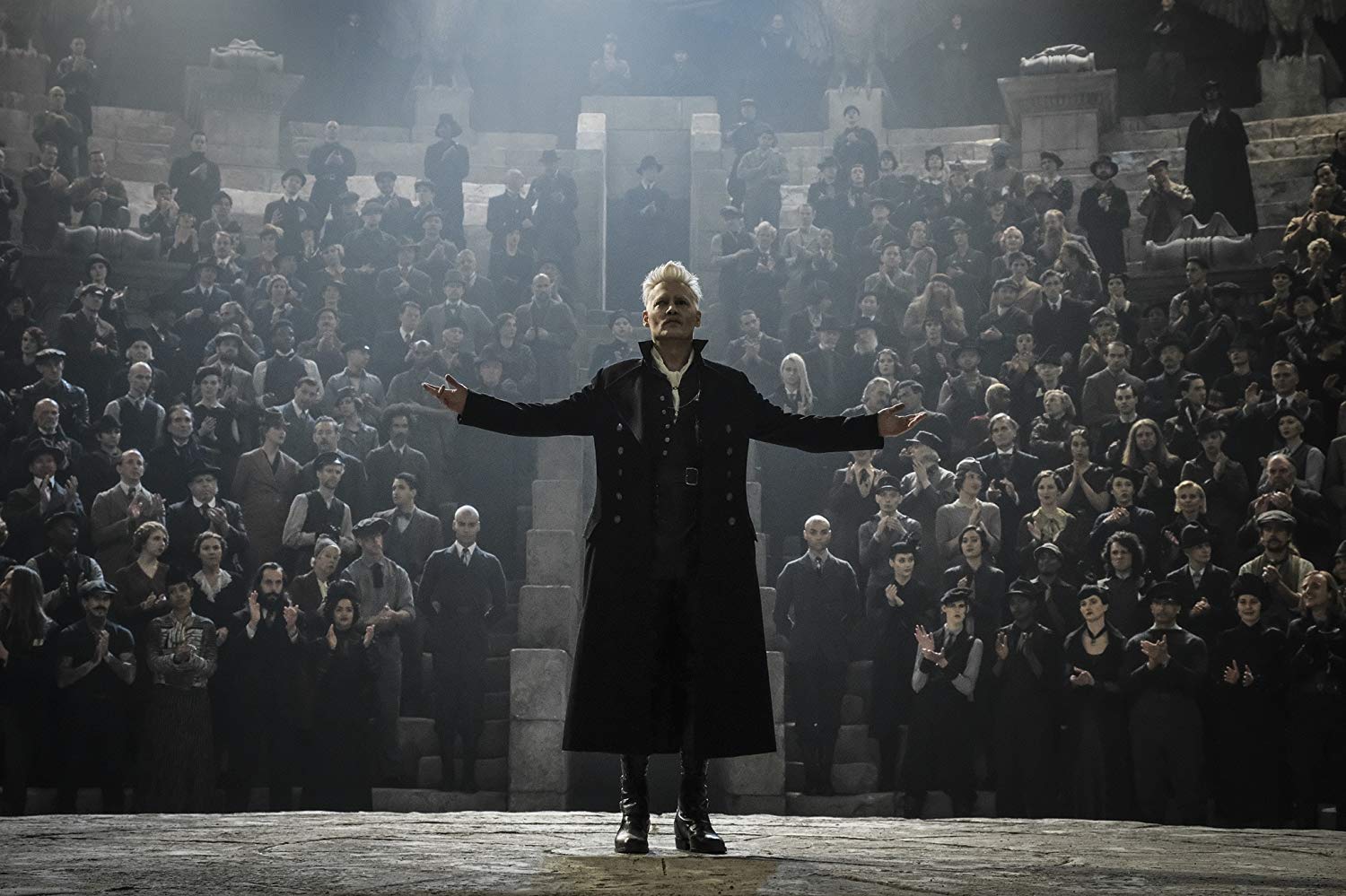 And speaking of characters: there is so little for Grindlewald himself to do in this film, that it seems disappointing to even have it be about him. This could have easily had one of his followers as the film’s “big bad” which is doubly a shame because of the objections in the fandom and beyond to Grindlewald’s controversial casting. (See the bottom of this review for links to domestic violence advocacy groups.)

There are many easter eggs for Potterheads in the film of course, though at times they feel more like fan service than like necessary inclusions. I wanted more from these inclusions– better use of Nicolas Flamel, please and thanks! It’s also telling that the easter eggs themselves elicited outright gasps from the audience, but none of the main plot points did.

Here’s the thing about the plot– there just isn’t much of it in this film. It is fast-paced and doesn’t feel at all like the over two hour run time while watching it, but when we reached the end, I felt like there was a missing third act that never arrived. I would have happily sat through another half hour to feel like there was a satisfying story. Hence the cotton candy– it’s pretty and I liked it in the moment but ultimately it felt like so much fluff.

For instance, there is a fascinating wizard circus that features heavily in some of the trailers for the film, but we spend easily less than 10 minutes there. We never learn how the characters there arrived at the circus, how they bonded, how they planned their escape. I could have watched an entire film about that alone. Instead we are immediately whisked away into the next scene and the circus is only mentioned again briefly. This is such a shame– the circus was beautiful, and it could have provided so much conversation around exploitation, and the attitudes of wizards toward those unlike themselves, laying the seeds for the prejudice that is clearly being fanned by Grindlewald himself. It’s a missed opportunity at best. 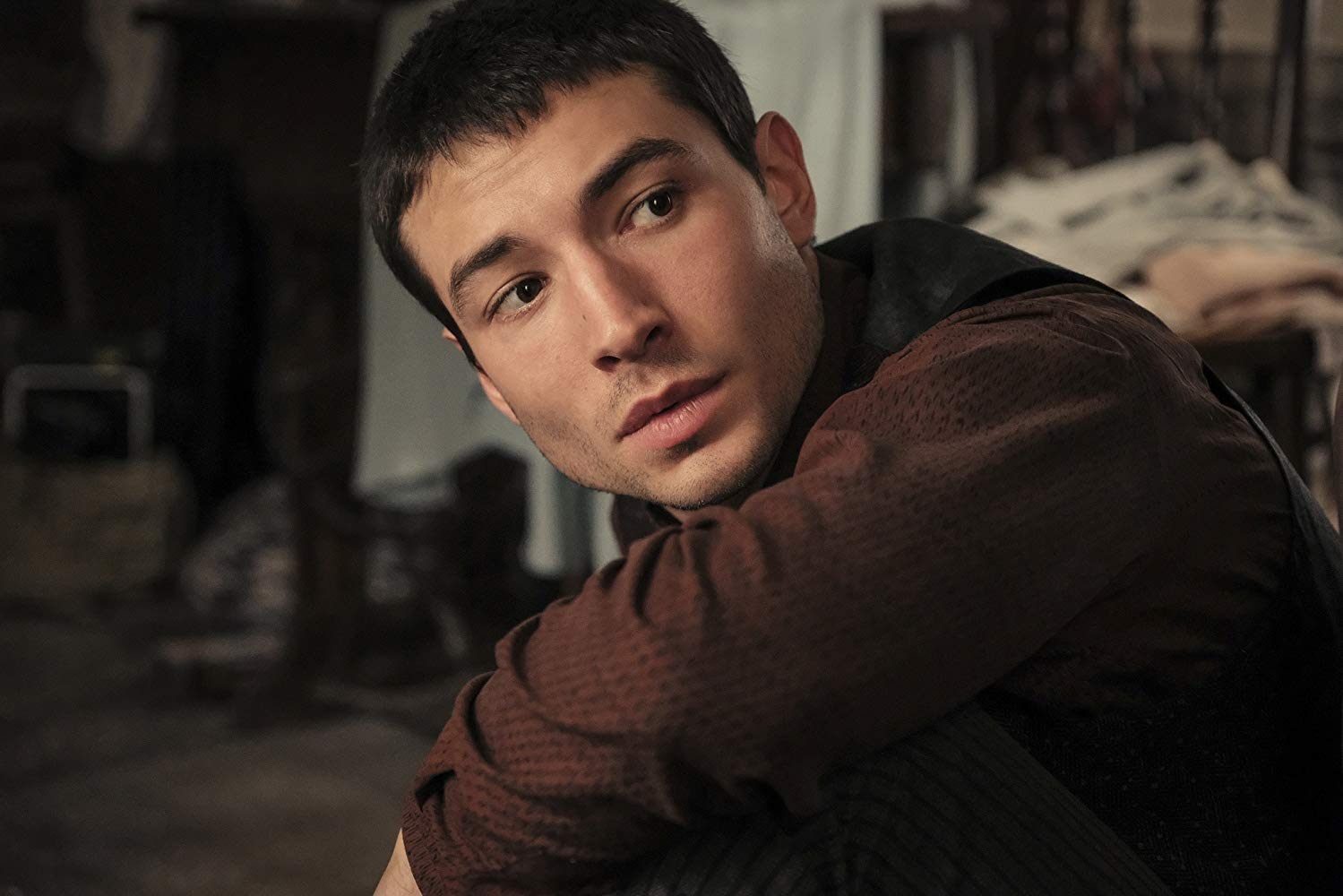 And then there’s the “twist” at the end. I will not spoil it for you, but to me it seems more like a case of an unreliable narrator than an actual twist. Certainly it would undermine years of Potter canon. At the very least, I doubt it is as straight forward as it seems at first glance, though perhaps that analysis is for a different day.

Where does this leave Fantastic Beasts?

All in all, I can’t help but feel that this movie is just a transition point in the planned five film series. It takes place in 1927, only 9 months after the first one, and (as we know our Wizarding history) we won’t reach the climatic duel of chocolate card fame until 18 years later in 1945. I wonder how much time will elapse within the story before we see the third installment, which is slated for a November 2020 release.

Here’s the thing, though– I genuinely enjoyed the experience of watching it during the film itself. The world is so richly created, and visiting familiar and new locations in the Wizarding World is just so FUN. It may not seem like it from this review, but I can honestly say that The Crimes of Grindlewald is truly a mixed bag of good and just meh.

Have you seen (or will you see) Fantastic Beasts: The Crimes of Grindlewald? What did you think?