I was lamenting on the way to the theater to see Logan (2017) that I am feeling burned out on comic book movies. I’m tired of the frenetic action, of the explosions for no reason, of the lack of plot and character development. The occasional action-movie-because-fun is awesome, and I usually love the big summer blockbusters (yeah, I’m that type that enjoys the Big Movie Experience), but the ones we’ve gotten for the last ten years have felt stale and don’t hold up as well to second-watchings. Logan takes the “comic book movie” and pulls it into the realm of another genre entirely, of drama and dark action more akin to an old western than to the latest Avengers movie. And I have to say– I loved it. 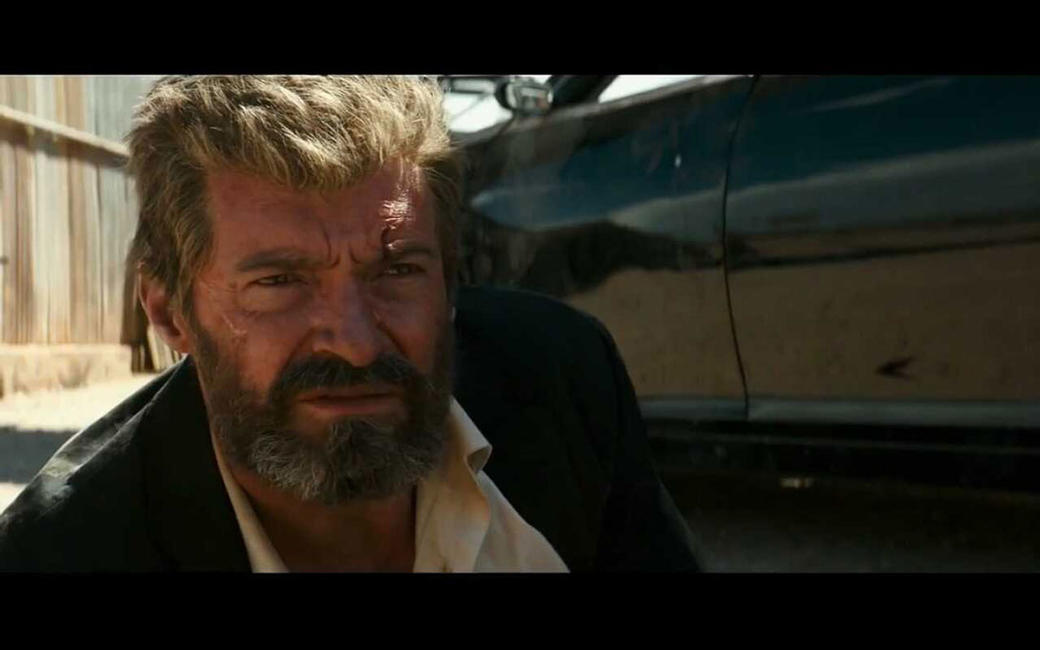 Logan takes place in the year 2029, and drops us there will little context other than what we can pick up from the small hints we get on screen. The result is that, as a viewer, your only familiar touchstone is the character of Logan himself (Hugh Jackman), except he is no longer the familiar Wolverine, but a limo driver along the US-Mexico border. He is the oldest we’ve ever seen him and there are hints that something is very wrong, though nothing is ever clarified; nor does it need to be.

Logan isn’t the only one showing signs of age. Charles Xavior (Patrick Stewart) is here, too, and there are hints that something has gone very wrong for him, too. He is now a nonagenarian (as he proudly tells someone), and his mind has become a thing to be feared. We never find out exactly what happened to land him in the desert with Logan, though there are heavy hints at it throughout, and this is another case where less is more. Patrick Stewart gives an outstanding performance as a man who was once in charge of his life, and even one of the most powerful people in the world, but is now reduced to the faults of his own mind as it decays with age and disease. The frustration and anguish he feels is potent, as is the struggle between him and Jackman’s Logan, who has clearly been Charles’s caretaker for a long, long time. The two men have wound up together at the end of it all, whether by choice or by default it is hard to say, but a father-son relationship is clearly implicated. 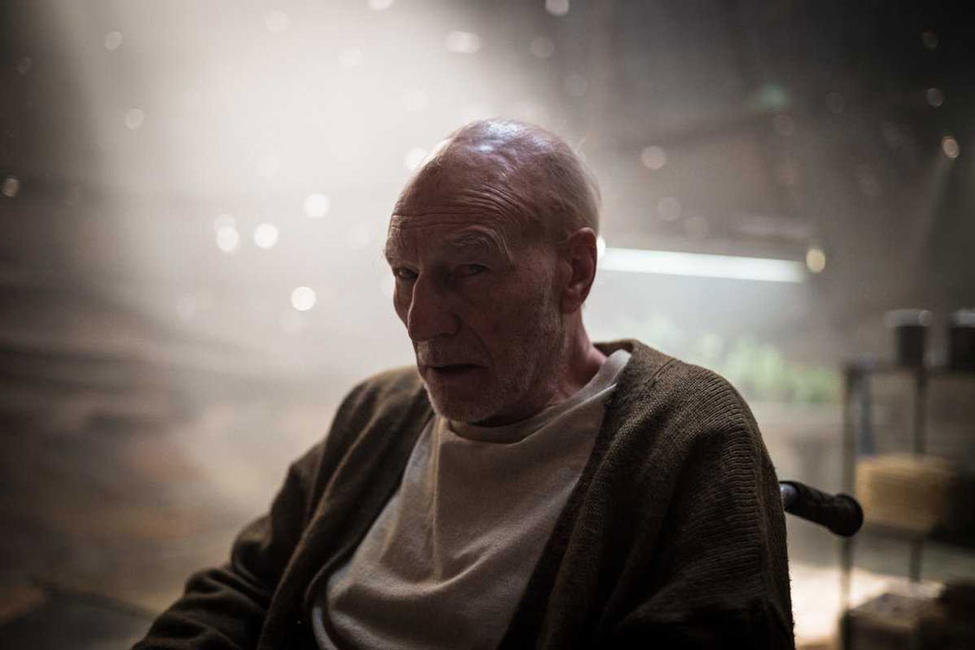 This film tackles issues of aging and the burden of care as well as lived-with depression stretching out over months into years of darkness hardened into anger. Charles Xavior is frustrated; Logan is exhausted, ready to let go of his own life except for this obligation he still has to Charles. And into this complicated sphere is thrust Laura: unexpected and unexplainable. Laura (Dafne Keen) is at first silent (though Charles says he is communicating with her) and mysterious, though bears a striking resemblance to someone else in several key ways. Where she comes from is a mystery that Logan must solve, but also what to do with her when circumstance foists her upon him.

Laura has a lot of challenges because of her own upbringing but also because of being simply who she is is dangerous to anyone around her. She is eleven years old and has already experienced far more in her life than most people could over several lifetimes, and yet there is still a piece of that child-like state inside of her despite the knowledge she has of how cruel the world is. Laura and Logan are parallels in many ways, and the longer they are together, the stronger those connections become. 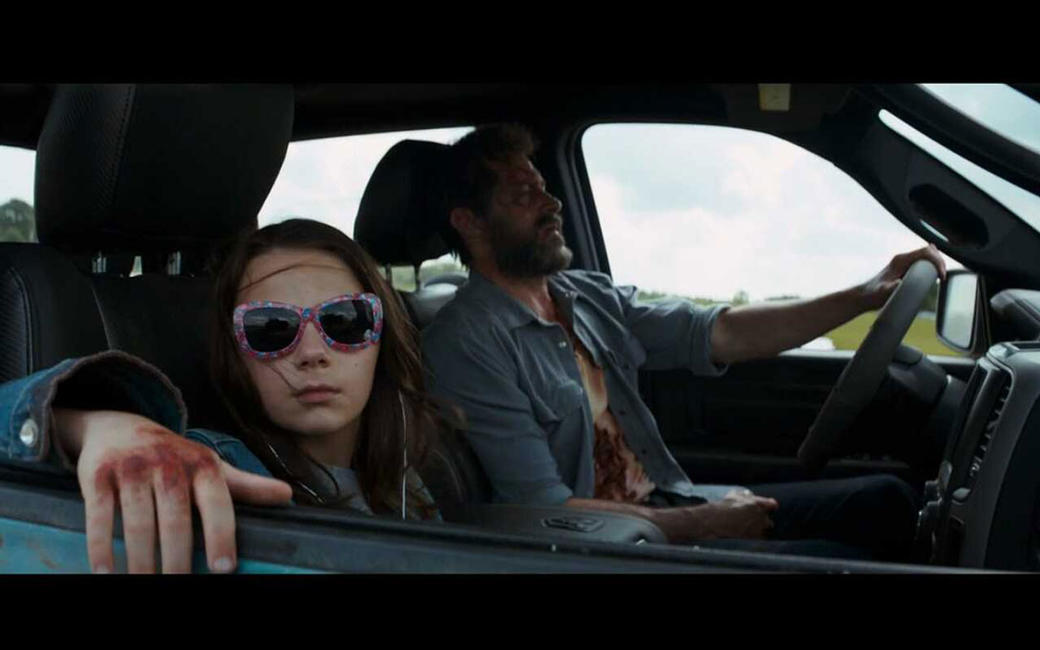 Ultimately this is a story about legacy. Is your life just a series of events turned into stories by the people who experience it second hand, written into an unbelievable narrative like a comic book, or is there more to it than that? Is family only your shared genetics or is it the group of people you choose to bring in? Or is there some other gray area in between these places, where the chosen and the genetic mingle to a point where family is a much more potent but also nebulous thing? Logan may not find the answers to these questions himself, but they permeate his narrative in a deep way.

In comic book movies, the occasional switch-up (think The Dark Knight or Deadpool) does really well because, I think, it breaks the mold that we are all getting a little tired of. Logan takes that a step further and offers us what doesn’t seem so much like a comic book movie anymore, but more of a drama that centers around aging and legacy and family. This film succeeds because it breathes where it needs to breathe, it sits with its characters in the circumstances they find themselves, and allows the time for emotional connections with characters that we haven’t gotten to go deep with before. Even if you don’t like “comic book movies” there’s a good chance you’ll enjoy this one.