When I asked my friends for old and easy to prepare recipes in French cuisine, I never expected so many responses!  One recipe was mentioned several times and I remembered a recipe for it, not a traditional one but one that I used to do as a kid, and the recipe can be tweaked depending on what ingredients you have on hand. So, for a troop about time, it should do!

Today we are about to make a “quiche” (type of pie), but without a dough (I don’t really appreciate them)!

First, some history! The most known quiche in France is “la quiche Lorraine”, which comes from the district of Lorraine, in the East of France near Germany. This is the kind of meal that seems to have been made forever. However, historians think the actual recipe dates from the 1800s. Before that, the pie was probably thinner, as the German Flammekueche.

The quiche has always been an easy lunch to make. Back in time when there was only one oven per village, the quiche was prepared by the inhabitants so they could cook it in the oven while it cools down after cooking the bread. The apparatus was simple: eggs, cream and butter; with aromas when you were lucky in the warm season. Thanks to that, the women didn’t have to prepare something else for lunch (with the bread, they didn’t have time for something else anyway).

Now, we use the original recipe, from the 1800s, but we add bacon and grated cheese, and it is often served as a starter.

But enough of history, I am sure you are hungry! 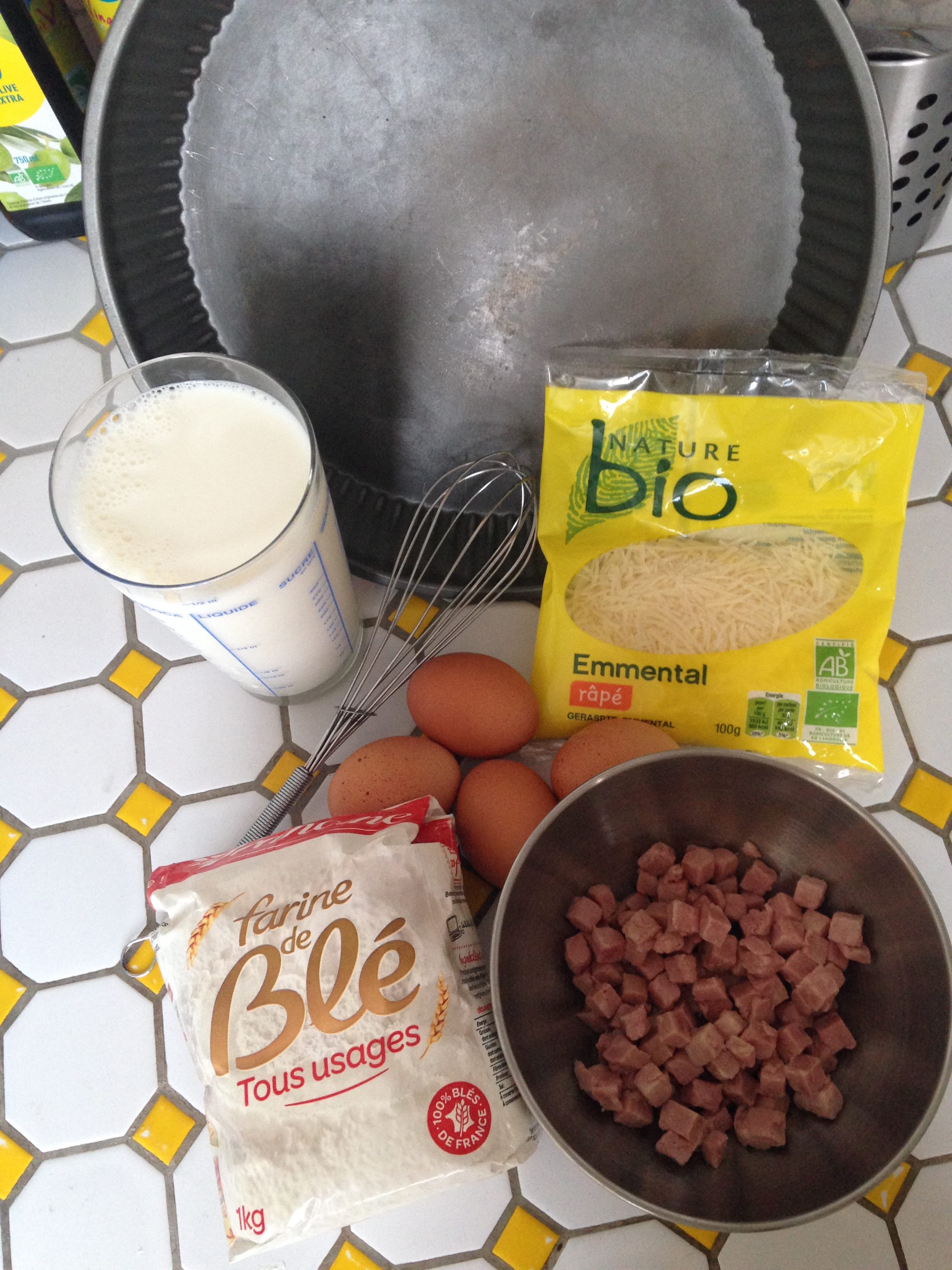 Put the bacon and salt and pepper in. As you add the bacon, it should look like this: 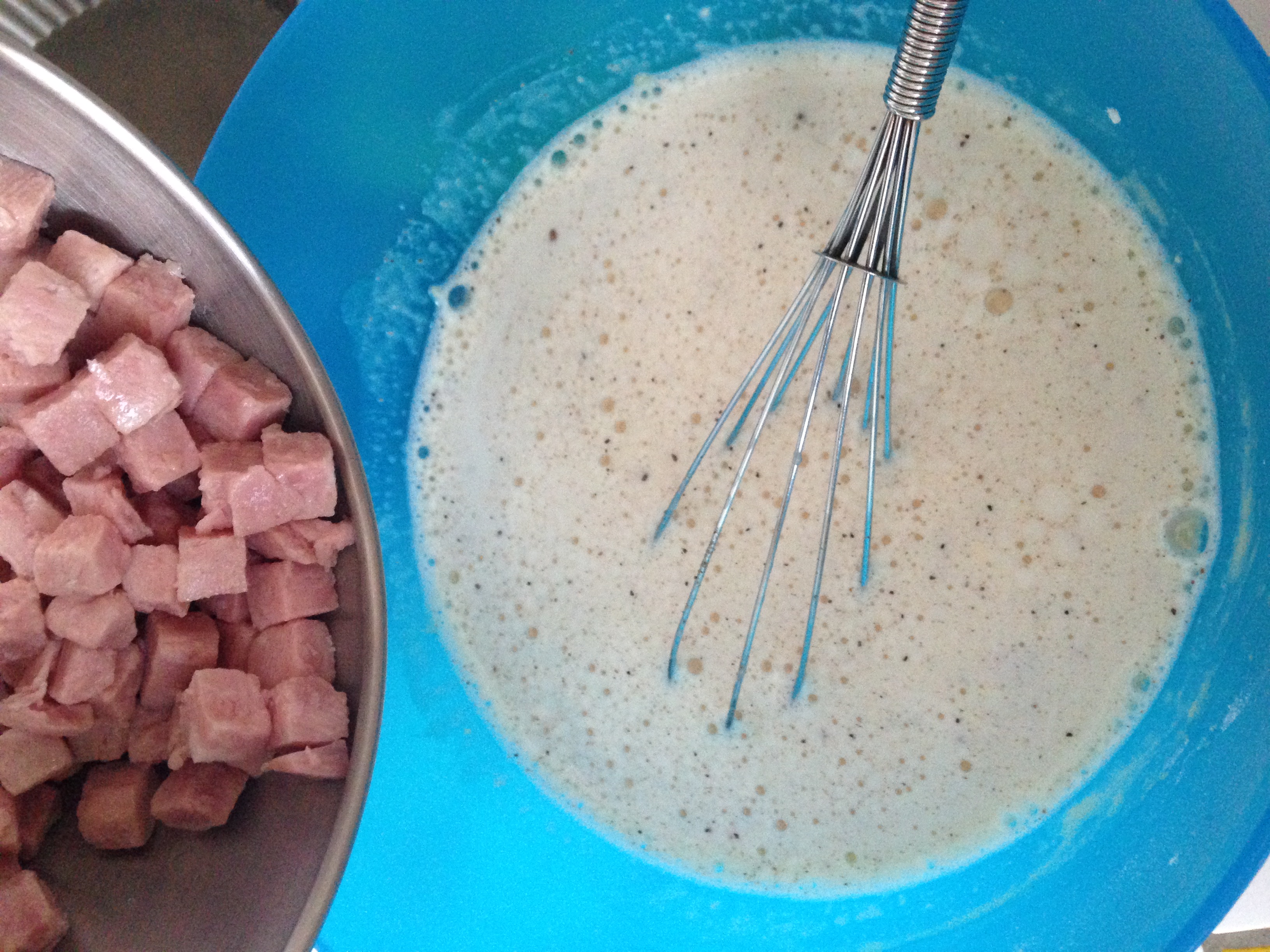 Transfer the mixture to a round dish and cover it with grated cheese. It’s that simple! I love this recipe because I can put nearly anything I fancy in it. Only want vegetables? Fine, that’s good too. Want fish? Bacon and tuna are interchangeable! As long as you don’t forget the grated cheese, you’ll be alright!

Let us know if you try making it!

PS : If you are curious and want to look for the other recipes my friends told me about for yourself, here are the names that were given to me. Some may be long to cook but all are supposed to be easy to make: blanquette de veau, petit salé, boeuf bourguignon, carbonade, ratatouille, tartiflette, tarte au maroille, gratin dauphinois, soupe à l’oignon, crêpes, tarte tatin, kouign amann, choux…

I love life! Even though I may seem young, I enjoy spending time by myself sewing, making craft projects and reading fantasy and sci-fi. I love history, and I am fortunate there’s lots to see nearby. I’m a Potterhead and proud to be a Hufflepuff! Being an Iggle has meant I get to meet wonderful people from all over the world who share their interests with me and always listen and do their best to help everyone. I’ve also made some good friends along the way.