Hallowiggles: Halloween History – A Brief Look to the Past

Home/General, Halloween Party 2020/Hallowiggles: Halloween History – A Brief Look to the Past
Previous Next

Hallowiggles: Halloween History – A Brief Look to the Past

These days, typical Halloween celebrations feature costumes, candy, and haunted houses as key staples of the fun holiday. Though the modern take on Halloween is more commercial than ever, the current festivities can find their roots in the older celebrations from which the holiday as we know it was born. Let’s learn more about the history of Halloween and where it all began.

Archaeologists have been speculating that early neolithic peoples recognized and celebrated the harvest season on or around the winter solstice, as evidenced by excavations of the burial passage sites found during explorations. Many indications have led historians to conclude that the neolithic inhabitants of the east coast of Ireland had sophisticated knowledge of the world around them, which led to ritual and ceremony around the treatment of the dead and their ancestry as well as the rise and fall of the seasons, and superstitions surrounding that knowledge. As the art of the ancient Celts is explored, we may find even deeper roots to the rich traditions that have evolved in the centuries since, and still bear marks on modern times.

Most historians agree that Halloween is an adaptation of the ancient Celtic tradition of Samhain (Sow-win), whose origins can be traced back over 2,000 years. The ancient Celts celebrated Samhain to usher in the harvest season, and the shortening of daylight hours that marks the changing of the seasons. It was also believed to be the time of year when the veil between worlds is the thinnest, giving those who would contact the spirits of the dead a better opportunity to do so. It was traditional for large fires to be lit, and celebrants of the harvest to dance around the fires. Feasts were laid for family ancestors, as it was believed that they would seek hospitality from their kin on this night. It was also believed that this period of time was best for fortune tellers to make their predictions, and the Celts were known to dance around in costumes while also telling one another’s fortunes.

The Romans had conquered most of the Celtic territory by 43 AD, and during the course of these conquests combined many of their traditions with those of the Celts. Two Roman holidays impacted Halloween as we know it today: Feralia and the feast of Pomona. Feralia was the Roman celebration to honor and commemorate their dead. Pomona was the goddess of fruit and trees, her symbol being the apple. As the Celts and Romans gave way to the Christians, the celebration and date became more widely known as All Hallows Eve. All Saints Day was moved to November 1st, with All Souls Day being November 2nd. This became a time to honor all saints, both the well-known and the unknown.  Eventually, the 3-day period became Allhallowtide to many Christian traditions, and often included the laying of flowers or other offerings on the graves of loved ones.

Soul cakes were considered a traditional treat during the saint’s days, and often given out to children and the poor who went from door to door singing and saying prayers. Some countries still observe this practice today. Coinciding with All Hallows Eve, All Saints Day, and All Souls Day is Allantide, a Cornish celebration in which Allan apples were given as gifts, meant to bring good luck to the receiver. Allantide also had its share of fortune-telling games, such as placing the Allan apple you were gifted under your pillow in order to dream of your future husband; or pouring metal into a cold liquid to determine a girl’s husband’s future profession.

America is often described as a melting pot of other cultural systems and beliefs, and the adaptation of Halloween is no exception. Early Halloween celebrations in America involved harvest celebrations, a time for people to share stories about the dead, dancing and singing. An influx of Irish immigrants in the 19th century brought their All Hallows customs and traditions with them, and the meshing of all of these traditions evolved into Halloween as we know it today. By the 20th century, much of the religious overtone had been removed from celebrations, with a drive to make it a more family and community-friendly holiday.

Modern traditions include passing out candy, dressing up in costumes, visiting fortune tellers, and haunted houses. It is easy to see how these traditions have evolved and changed from their origins by looking at each of the iterations of the past. Candy has replaced soul cakes, costumes have evolved to represent more modern themes, fortune telling has become an aesthetic, and haunted houses are no surprise given that the dead have always had a role on this day. 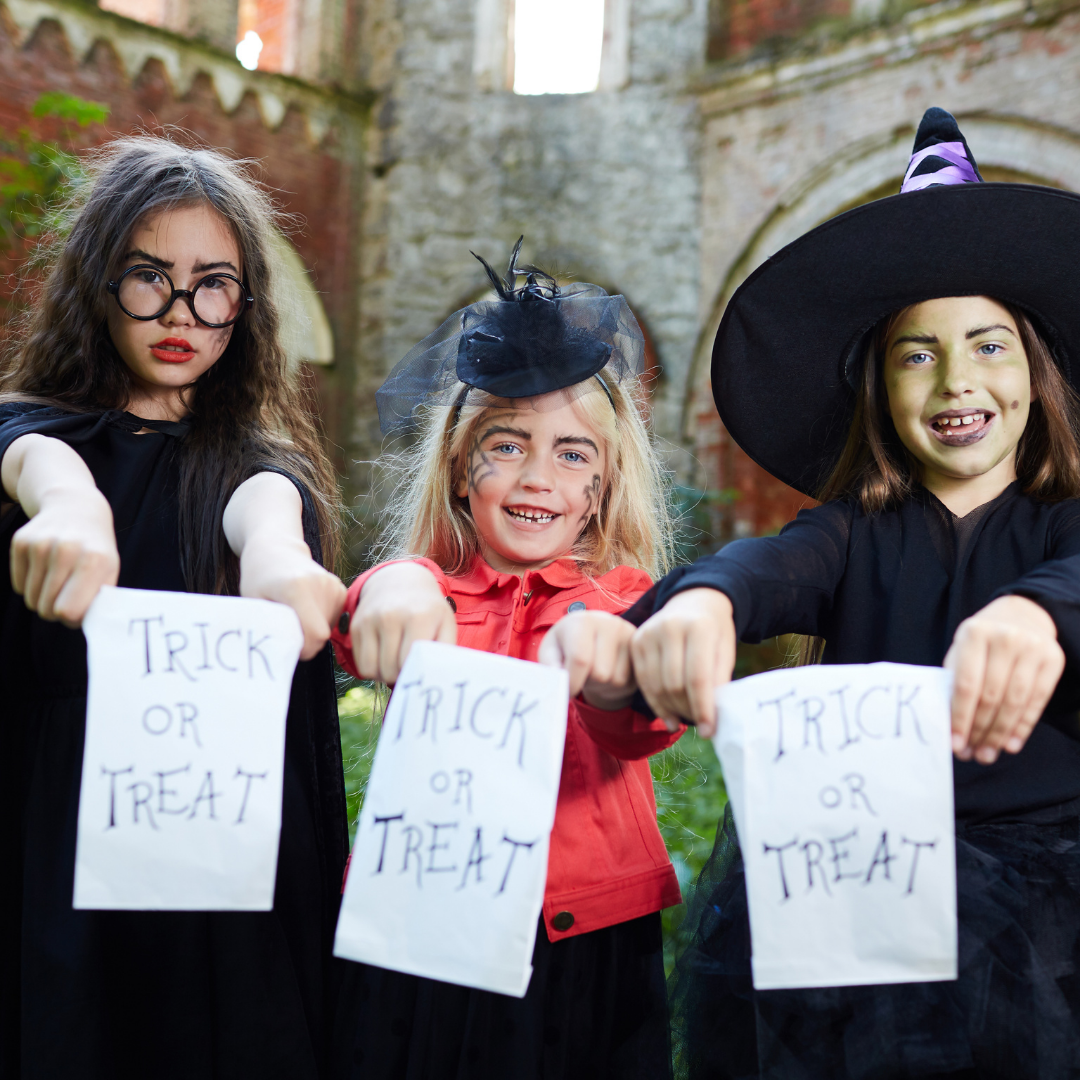 It’s estimated that Americans spend nearly $6 billion on Halloween each year, which makes it the second largest commercial holiday. It has even become common to dress up your pets!

For more information on the holiday and its history, check out History.com’s Halloween post, which is updated each year! It also provides links to fun things like the history of famous horror stories, and a look at some of the symbolism of the holiday.

How do you celebrate Halloween where you live? Do you have your own traditions? We’d love to hear about them! Share them with us in the comments below, or over on our social media!