While there are tons of great, unique horror stories out there, they all had to come from somewhere. The world of horror has been around for a lot longer than some might think though it does seem that the Iggle world already knows this, hence why you all are awesome! I’m going to take a quick look at a few of these classics and how they inspired novel after novel years later.

1. And So Being Young And Dipped In Folly, I Fell In Love With Melancholy – Edgar Allan Poe

Who can deny that Edgar Allan Poe is one of the most influential writers when it comes to the spooky, macabre, and downright scary? All these years later, Poe is still scaring the wits out of kids who decide to give his stories a go and he lives in the hearts of many a fan who will never forget the first story they ever read by him. Sure, his stories might not be exactly spine-tingling anymore for some of us, we have more devilish stories out there, but Poe knew how to freak out the masses in his day. Some of my particular favorites are The Masque Of The Red Death, The Pit and the Pendulum, The Black Cat, and The Cask Of Amontillado. Poe inspired many authors in several different genres. A few of these are:

There are several other authors inspired by Poe, but I could seriously spend a whole blog discussing that. 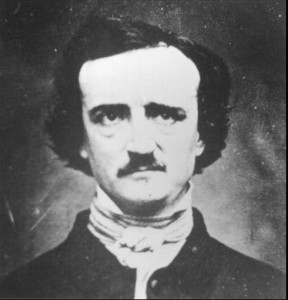 2. That Is Not Dead Which Can Eternal Lie, And With Strange Aeons Even Death May Die – HP Lovecraft

If you’ve noticed a lot of Cthulhu stuff everywhere, well, you should really check out the creator, HP Lovecraft. If you’ve never read a Lovecraft short story, you’re definitely missing out. Now, his short stories might not be for those who scare easy or are easily creeped out, but if you’re looking for a great, chilling read, check him out. I’m still relatively new to his works, but I am working my way through the essentials and I am really enjoying what I’m reading! Have you read any Lovecraft? Which of his spooky stories are your favorites? 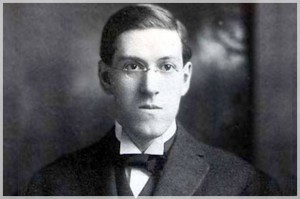 3. I Want You To Believe…To Believe In Things That You Cannot – Bram Stoker’s Dracula

While not much of a spine-tingler now, Bram Stoker’s Dracula sure caused quite the sensation when it was released in 1897. In fact, one newspaper article said that the book had the faint-hearted fainting at the very words Mr. Stoker wrote. While I’m not entirely sure of that, it is obvious that the late 1800s had a huge fascination with the macabre and what they considered to be the downright scary. This is the classic vampire novel that inspires many a vampire story today. It is a fun read; I love how it is situated in notes, letters, and newspaper clippings. That is one of my favorite layouts for books because it feels like you can get quite a bit of information since it goes from viewpoint to viewpoint. Have you ever read Dracula? 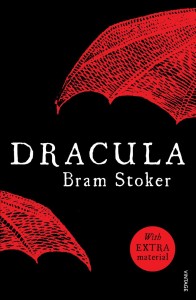 4. Beware; For I Am Fearless, And Therefore Powerful – Mary Shelley’s Frankenstein

First of all, I’m going to start out by making a clarification about one of my least favorite things ever when it comes to this story; the monster is referred to as Frankenstein’s Monster. Frankenstein is the doctor. THE DOCTOR (not to be confused with the dude who travels in a blue box). Phew. Ok. Glad to have gotten that off my chest!

If you don’t know the history surrounding this book, you should. Mary Shelley wrote Frankenstein when she was 18, and many scholars consider this book to be one of the first science fiction novels out there. She was a badass lady who wrote a similarly badass novel that has lasted decades upon decades. If you’ve never taken a chance to read this story, you’re really missing out. The monster is insanely clever and has some powerful soliloquies that I think still hold so much power in the world today. But lemme step off that little soapbox. I can save my discussion about the power of Mary Shelley’s Frankenstein for another time. Seriously, give this book a go if you’ve never read it. It is still completely fascinating and chilling, especially when it comes to social issues. 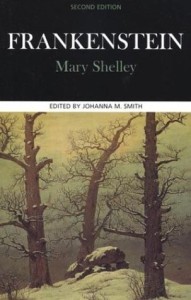 While this is significantly newer than the four I’ve listed, I Am Legend is definitely a horror classic. It is a bleak story, set in a bleak post-apocalyptic land, and it is nothing at all like the film. If you’ve watched the film, I highly recommend you read the book. You’ll be left on the floor with all the feels this book gives you plus all the feels of just how great of a movie the adaptation could’ve been. I can’t really go into detail about this book because so many small parts are really big spoilers, but I highly recommend you add this to your reading list. And hey, don’t wait until October 2015 to read it, READ IT NOW. It can be pretty chilling in spots, and leave you thinking over several things that happen throughout the story.

Courtesy of I Am Legend Archive

Pumpkins Might Be Screaming In The Dead Of Night…

But at least you have some excellent books to read, right? Have you read any of these books or short stories? Which are your favorites? AND do you have any favorite classics I left out? Ah, I now feel like raiding my bookshelf and re-reading all of these again and again. I hope all of you lovely Iggles have an incredible Halloween; read some great classic horror before you go to bed! You’ll have some pretty spiffy dreams, trust me.

Unlock the achievement with the code macabrebooks

About the Author: Lydia

Lydia is a shy, introverted blogger from the great state of Missouri. She spends her time with her five cats, dog, and her husband by reading books, watching Netflix, or playing games. With her strong passion for reading and her insane collection of books, Lydia likes to provide people with awesome book reviews, helping them find their next read. And she has zero problem making your to-read pile grow. Not only does she write here at the IGGPPC, but she also writes for comrom.co - take a look! If you'd like to see her crazy cat ramblings or some awesome book suggestions, follow her on Twitter at @lydia_thegrey or on Instagram at @lydiathegrey.