Not So Scary Reads for Halloween

Home/Books/Not So Scary Reads for Halloween
Previous Next

Not So Scary Reads for Halloween

‘Tis the season….for reads with witches, vampires, ghosts, and all other creatures of lore. In advance of Halloween, I wanted to provide some recommendations appropriate for the spooky/spoopy season. Since I gave you some scarier reads last year, this year we’ll focus on some less terrifying reads that still get you into the spirit of October. And since they aren’t that scary, they are actually greats reads year-round. 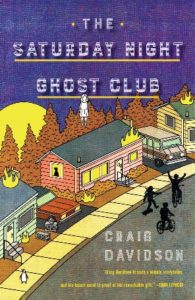 The summer before he turns 12, Jake Baker befriends a pair of siblings new to town, and his Uncle Calvin, a kind but eccentric enthusiast of occult artifacts and conspiracy theories, decides to initiate them all into the “Saturday Night Ghost Club.” But as the summer goes on, what begins as a seemingly light-hearted project may ultimately uncover more than any of its members had imagined. Written from adult neurosurgeon Jake’s unique perspective, Indie Next pick THE SATURDAY NIGHT GHOST CLUB evokes the alternating warmth and sadness of the best coming-of-age novels. Davidson poignantly examines the haunting mutability of memory and storytelling, as well as the experiences that form the people we become.

This book is both haunting and heart-warming and perfect for fans of Stranger Things too. I loved it.

The Penguin Book of Mermaids 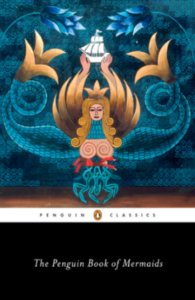 Among the oldest and most popular mythical beings, mermaids and other merfolk have captured the imagination since long before Ariel sold her voice to a sea witch in the beloved Disney film adaptation of Hans Christian Andersen’s The Little Mermaid. THE PENGUIN BOOK OF MERMAIDS is a treasury of tales about merfolk and water spirits from different cultures, ranging from Scottish selkies to Hindu water-serpents to Chilean sea fairies. A third of the selections are published here in English for the first time, and all are accompanied by commentary that explores their undercurrents, showing us how public perceptions of this popular mythical hybrid illuminate issues of gender, spirituality, ecology, and sexuality.

It’s great to read all the tales and start to put them in perspective. Some are much more disturbing when you put the tales into the context of historical events and prevailing (disturbing) attitudes towards women and people of color or “other”.

The Penguin Book of Witches 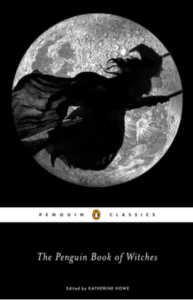 From a manual for witch hunters written by King James himself in 1597, to court documents from the Salem witch trials of 1692, THE PENGUIN BOOK OF WITCHES is a treasury of historical accounts of accused witches that sheds light on the reality behind the legends. Bringing to life stories like that of Eunice Cole, tried for attacking a teenage girl with a rock and buried with a stake through her heart, and Jane Jacobs, a Bostonian so often accused of witchcraft that she took her tormentors to court on charges of slander, this volume provides a unique tour through the darkest history of English and North American witchcraft.

While not necessarily scary, it is disturbing and informative to read the history of “witches”. This book also provides some additional great context for the next recommendations….

All Souls Trilogy by Deborah Harkness

I do have to say I was resistant to this trilogy for quite some time, and even after reading the first one, I wasn’t totally sold. It’s kind of like Twilight but for adults. Thankfully there is also some interesting mythology associated with the tale which provides more intrigue. And as you continue through the trilogy, there’s also some fascinating connections to historic events and persons. The trilogy is a great read for those cozy autumn (and upcoming winter) nights. Plus, I truly enjoyed the television series and am looking forward to the next season.

A Discovery of Witches 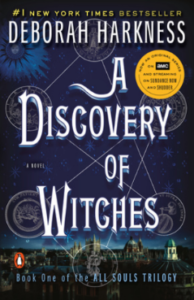 Deborah Harkness’s sparkling debut, A DISCOVERY OF WITCHES, has brought her into the spotlight and galvanized fans around the world. In this tale of passion and obsession, Diana Bishop, a young scholar and a descendant of witches, discovers a long-lost and enchanted alchemical manuscript, Ashmole 782, deep in Oxford’s Bodleian Library. Its reappearance summons a fantastical underworld, which she navigates with her leading man, vampire geneticist Matthew Clairmont. 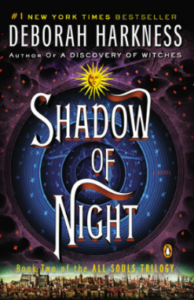 Picking up from A Discovery of Witches’ cliffhanger ending, SHADOW OF NIGHT has Diana and Matthew on a trip through time to Elizabethan London, where they are plunged into a world of spies, magic, and a coterie of Matthew’s old friends, the School of Night. As the search for Ashmole 782 deepens and Diana seeks out a witch to tutor her in magic, the net of Matthew’s past tightens around them, and they embark on a very different—and vastly more dangerous—journey.

The Book of Life 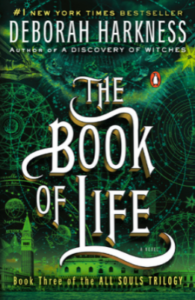 Bringing the magic and suspense of the All Souls Trilogy to a deeply satisfying conclusion, this highly anticipated finale went straight to #1 on the New York Times bestseller list. In THE BOOK OF LIFE, Diana and Matthew time-travel back from Elizabethan London to make a dramatic return to the present—facing new crises and old enemies. At Matthew’s ancestral home, Sept-Tours, they reunite with the beloved cast of characters from A DISCOVERY OF WITCHES—with one significant exception. But the real threat to their future has yet to be revealed, and when it is, the search for Ashmole 782 and its missing pages takes on even more urgency.

What are you not-so-scary recommendations for All Hallow’s Eve?