Tuesday is book birthday day here in America. And every now and then, a Tuesday comes around that has so many great books released, it’s easy to feel overwhelmed. But there’s also a lot of excitement and the desire to spend the whole rest of the week curled up reading. Then again, that might be every week for all us book lovers. Here’s a smattering of some amazing books released on November 5. 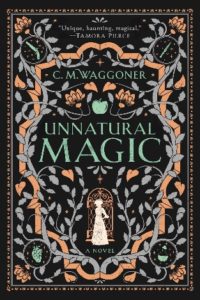 Onna can write the parameters of a spell faster than any of the young men in her village school. But despite her incredible abilities, she’s denied a place at the nation’s premier arcane academy. Undaunted, she sails to the bustling city-state of Hexos, hoping to find a place at a university where they don’t think there’s anything untoward about providing a woman with a magical education. But as soon as Onna arrives, she’s drawn into the mysterious murder of four trolls. Tsira is a troll who never quite fit into her clan, despite being the leader’s daughter. She decides to strike out on her own and look for work in a human city, but on her way she stumbles upon the body of a half-dead human soldier in the snow. As she slowly nurses him back to health, an unlikely bond forms between them, one that is tested when an unknown mage makes an attempt on Tsira’s life. Soon, unbeknownst to each other, Onna and Tsira both begin devoting their considerable talents to finding out who is targeting trolls, before their homeland is torn apart…

This debut historical fantasy is lovely and sets up CM Waggoner as a new must-read author for my shelves. Plus, how gorgeous is that book cover?

Life and Limb by Jennifer Robinson 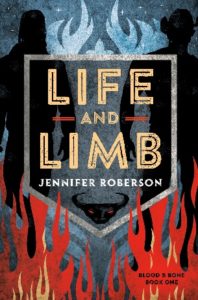 ‘The greatest trick the devil ever pulled was convincing the world he didn’t exist.’ —Baudelaire

He is, after all, the master of lies. But is it lies when a man comes calling and says the End of Days is nearing?  That you must do everything within your power to stop it? Even when you have no powers. You are, after all, just a human. Or do you have no powers? Are you just a human? And what the hell are you supposed to do about preventing hell-on-earth when you’re fresh out of prison, a biker ex-con who can’t even vote? But the man who bears the message, the mission, is not a stranger shouting on a street corner while hoisting a sign promising death and damnation. He is someone you’ve known since boyhood, someone you trust implicitly. Someone who has never, ever lied to you. He’s Grandaddy. But who is he really? And who are you? Are you truly a weapon meant to be wielded against the devil’s return? Against the End Times. The End of Days. Apocalypse and Armageddon. Demons, Grandaddy says, are now loosed upon the earth in the first spasms of a most unholy war. Demons inhabit and make real the beasts and characters of fiction, folklore, fairytales. Gods and goddesses walk the earth. The minotaur. Murderers. A horseman without his head. Myth becomes reality. Legends—and lies—are truths. And maybe the man you’ve always trusted isn’t entirely human.

When the tag line begins with a “A biker and a cowboy must stop the apocalypse…”, you know you’re in for some fun.

The Starless Sea by Erin Morgenstren 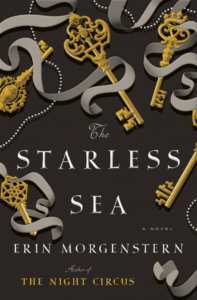 Zachary Ezra Rawlins is a graduate student in Vermont when he discovers a mysterious book hidden in the stacks. As he turns the pages, entranced by tales of lovelorn prisoners, key collectors, and nameless acolytes, he reads something strange: a story from his own childhood. Bewildered by this inexplicable book and desperate to make sense of how his own life came to be recorded, Zachary uncovers a series of clues—a bee, a key, and a sword—that lead him to a masquerade party in New York, to a secret club, and through a doorway to an ancient library hidden far below the surface of the earth. What Zachary finds in this curious place is more than just a buried home for books and their guardians—it is a place of lost cities and seas, lovers who pass notes under doors and across time, and of stories whispered by the dead. Zachary learns of those who have sacrificed much to protect this realm, relinquishing their sight and their tongues to preserve this archive, and also of those who are intent on its destruction. Together with Mirabel, a fierce, pink-haired protector of the place, and Dorian, a handsome, barefoot man with shifting alliances, Zachary travels the twisting tunnels, darkened stairwells, crowded ballrooms, and sweetly soaked shores of this magical world, discovering his purpose—in both the mysterious book and in his own life.

Perhaps one of the most anticipated books of 2019, The Starless Sea is bound to set imaginations alight just as much as The Night Circus did.

Game of Thrones: The Costumes, the official book from Season 1 to Season 8 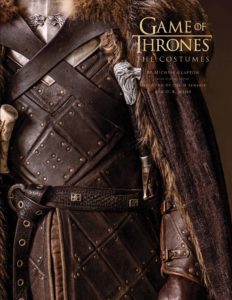 The official guide to the complete costumes of HBO’s landmark television series Game of Thrones. Discover how BAFTA and Emmy Award-winning costume designer Michele Clapton dressed the heroes and villains of Westeros and beyond, including Daenerys Targaryen, Cersei Lannister, Jon Snow, and Arya Stark. This book includes over 1,000 exclusive and rarely seen images including Michelle Clapton’s designs and original concept sketches.

This book is sure to set both fans of the show and cosplayers hearts alight. I can’t wait to pore over the details of eight seasons worth of incredible costumes.

Did you pre-order any of these books? Which one are you sitting down to devour first?