Hi everybody, I’m Camper Belette and I’m here with an awesome project for this Summer Camp: let’s go into the woods to make a horror movie together! It will be cool, it will be fun, it will be easy and of course, it will be scary.

I love horror movies, especially the ones which are scary because they only suggest that horrible things happened. One of the best examples is the cult Blair Witch Project, because basically nothing really happens in this movie. I mean, it’s just 3 people going on a hike and being afraid of sounds, wind and a few pile of rocks. Even so, that’s a really scary movie!

Because it’s filmed by its actors and set into the woods, I thought it was perfect for us as a base to make our own horror movie. That’s something you could probably do in an IRL Camp. What we’ll be doing during camp this year is gonna be so amazing. YOU are going to remake Blair Witch. You’ll be Heather, you’ll be lost in the woods, you’ll film the trees at night. We are going to team up and swede The Blair Witch Project. How exciting! 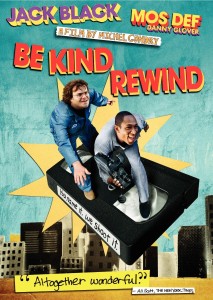 Ok, first, what is this word, “swede”? Is it something French, to “swede a movie”? Kind of. The idea of sweding movies came from Be Kind, Rewind, a funny movie by Michel Gondry in which 2 stupid guys try to replace all the erased tapes in their shop by self-made movies. Sweding a movie is like paying tribute to this film by doing a cheaper, shorter version with homemade costumes and special effects. With you in it. That’s what we’re going to do!

What’s the story of The Blair Witch Project?

Heather, a cinema student, wants to make a documentary on the Blair Witch, a monster who was supposed to live in the woods of the little town of Burkittsville, and to have killed children and adults in a horrible way. Two friends go with her for a hike in the haunted woods. If, at first, they don’t really believe in the story they are working on, after being lost in the forest for a few days and starting to hear strange and scary sounds, they definitely think that the witch is after them.

The peculiarity of Blair Witch is that the characters are holding the 2 video cameras and filming the whole movie by themselves, so it will be quite easy to swede the movie for us. In the end, the film is presented as a video montage of the footage found in the woods after the 3 students disappeared (and never reappeared).

It seems fun, how can I participate?

Your don’t have to watch the movie to participate (although it’s recommended). You just need a bit of motivation and a device to film with.

First, you go on the Google Doc that lists all the major scenes of the movie. I didn’t keep ALL the scenes because we probably won’t have time to make to whole movie, but since Blair Witch is cut into pieces, it will work. I guess.

There are 4 types of scenes :

Essential scenes: those 10 scenes are the most important to at least understand the movie. They have to be made in priority. If we don’t have the 10 scenes, we won’t be able to link everything we’ve done into a proper fan-film.

Important scenes: we are able to do without them, but they will help a lot more to understand the story. So when all the essential scenes will be picked, you should try making one of these! There are 10 important scenes, so the whole movie could feature 20 scenes and it would be sufficient.

Cool scenes: those scenes are just cool; It’s Ok if we can’t film them, but it might be nice. There are only 6 scenes like that.

Optional scenes: it doesn’t matter if we don’t do the 10 optional scenes. But if a lot of Iggles participate and we’ve done all the other scenes, those short and interesting scenes could be nice to do.

As you may have understood, I’ll ask every participant to choose the scenes they want to do, by writing their name next to it so it won’t be picked again by someone else. This way, every Iggle will do a different scene, we’ll cover most of the movie and it will turn our fan-movie into a funny “patchwork”. The only exceptions are the interviews: when all the essential scenes will be picked, you can still make as much interviews as you want, since they are a great part of the movie and I had to cut most of them. 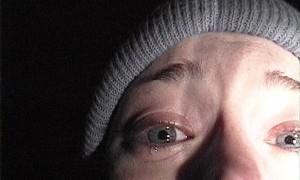 I gave you some information on the document to help you pick your scene, like if the scene is short (a few seconds) or long, who are the characters on-screen, what they do or say, if it’s set in day or night, etc.

Of course, you can pick as many scenes as you want, and if you ever wanted to do the whole movie by yourself, you could!

When your scene(s) will be shot, you’ll have to send them to me so I’ll be able to link them all at the end of camp. It will be awesome to watch our homemade movie together!

You’ll have to film it, and you’ve got all the freedom in the world for that. Most of the scenes I listed feature only one on-screen character, which means you won’t have to ask friends or other Iggles to come to help – of course, if you can do this, let’s go, it will be funnier!

You can cut the footage so you’ll be able to play different characters all alone too, by changing clothes and your voice. 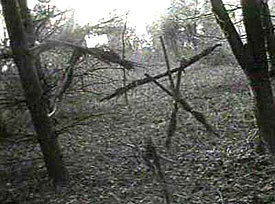 If you don’t want to be featured in the movie, some scenes don’t show anybody so they might be a good choice. You can also have real fun by doing things in stop-motion, with toys or puppets, or anything else you’d like to do. You can cheat on the dialogs (cut them, make up your own), add elements from the movie I didn’t notice… This scene is YOUR scene, as long as you stay close to the original story enough for us to get a fan-film in the end.

I don’t know how to act or how to film… Can I participate?

Neither did the actors of the movie nor the director, if you listen to some people who didn’t like it. I mean, poor Heather even won a Razzie Award. And we don’t care, none of us are professional, we’ll just swede this movie the best we can, and the result will be funny, that’s all. No pressure.

So it doesn’t matter if there are cuts, if the image is blurry of if it’s not well filmed. I may add that it IS expected. So you don’t need special skills! Go on!

Before we start, can you give us some advice?

Of course, I can. Here is the list I made up, but you can also join me on Twitter (@EiTHELEEN) or by e-mail (troopsilvertongue[at]gmail dot com] if you have questions or need advice. We can even start a forum thread so you’ll have all the questions and answers everybody asks and gives. Use the hashtag #BlairIggleMovie to share your pictures of behind-the-scene and ask your questions to other Iggles.

Pick up your scene(s): you should pick one scene at a time. This way, you’ll be able to concentrate on the first one, then submit it, then do one more if you have the time. But you can also pick several scenes (especially if they are supposed to be in the same location) right now if you feel comfortable with it.

Find the perfect location: you may need to search a little bit to find the perfect spot. Some scenes are completely in the dark so they can be made even in your own bathroom, sometimes you’ll be able to shoot the scene in your garden, but sometimes, you’ll have to go outside and explore. Think of it before your pick your scene(s)! Most of the scenes are located in the woods, some are inside an old house (why not go in the attic or the basement?).

Collect the costumes and props: to film certain scenes, you have to find the right accessories and costumes. Here is a short list of the things you may have to use:

Of course, you don’t need to have everything, you can make the props yourself, or use a substitute.

Don’t hesitate to cheat and to use “post-prod” effects if you can: you cannot go to the woods in the dark all alone? It’s OK. Shoot your scenes at day and use an app (Windows Movie Maker can do this, for example) to darken your movie. You cannot scream as high as you want in your apartment or garden? Record the movie there, and add the sounds you’ll record somewhere else in post-prod. And if you don’t feel comfortable with it (or don’t have access to any useful app), don’t hesitate to ask other Iggles, myself included, for help. All we’ll do by sweding the movie is cheating. So cheat!

Most important of all advice I could give you: have fun. Nobody asks you to do a perfect movie (on the contrary), you’ll only have to be creative and enjoy what you do. I can’t wait to see what you’ll do! I’m so excited!

 Go on the Google Doc to participate