Book Review and Giveaway: Priest of Bones by Peter McLean

Home/Books/Book Review and Giveaway: Priest of Bones by Peter McLean
Previous Next

Book Review and Giveaway: Priest of Bones by Peter McLean

Did you love Blackwing by Ed McDonald? Did you love The Holver Alley books by Marshall Ryan Maresca? Or are you just a fan of grimdark fantasy and rough characters? If any of those things are true, you are going to want to check out the fantastic new novel Priest of Bones, the first in the War For the Rose Throne series, by Peter McLean.

TW: Discussion of graphic content within the book including sexual assault, PTSD, violence toward women and minors. 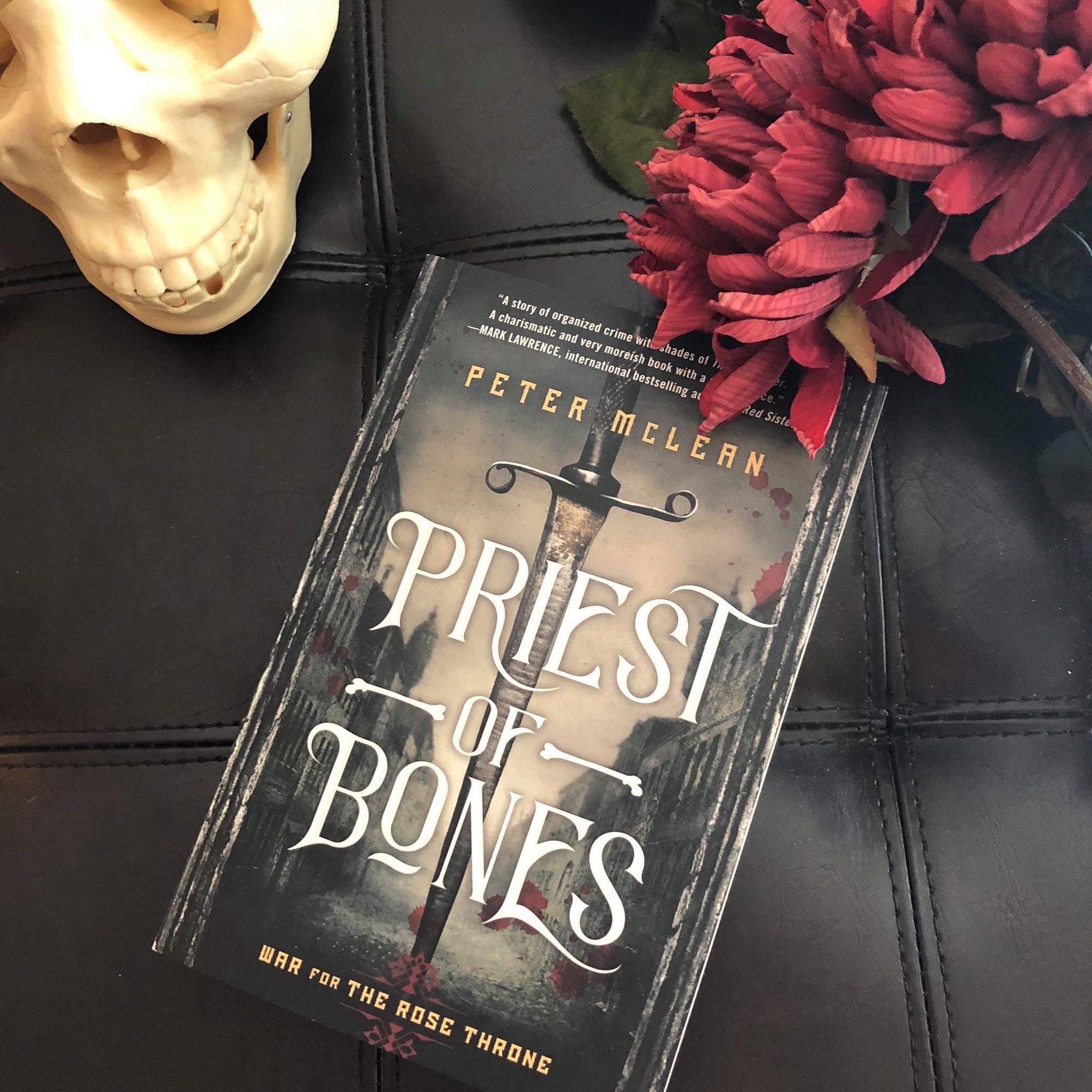 Priest of Bones and I got off to a rough start. The dramatis personae in the beginning of the book lists one ‘Will the Woman.’

“We called him that because every time Will kills a man he weeps afterward, but he’s killed so many men it ain’t funny no more.”

This immediately rubbed me the wrong way. Given many things happening lately, we need to stop making general categorizations and attributing emotion and empathy as things only woman should express. Then the first pages of the book open with a sexual assault and an attempted rape. The main perpetrator is almost immediately met with a grisly death as ‘justice’ for his actions. I questioned why I was reading the book based on these details. But I kept going. And I’m glad I did.

The book ends up twisting my initial expectations into much more positive representations. The women in the novel are varied and extremely powerful and valued. And the men are nuanced and shown to have their own skills not associated with their violent soldiering beginnings. Peter McLean even addresses “battleshock” (more commonly known for us as post-traumatic stress disorder). Even the name ‘Will the Woman’ is addressed.

I’m glad I stuck with Priest of Bones because it became a more localized story of a neighborhood and its people, but with larger implications that I look forward to discovering in later books. I grew invested in Thomas Piety, a former crime boss and current priest, and his (usually) loyal band of women and men, “The Pious Men,” who must take back control of his city from a terrifying new boss.

That said, there are still very uncomfortable and triggering events related to sexual child abuse. I’ve struggled with whether the events are necessary or not. However, the presentation does acknowledge the shame, confusion, and blame young victims often experience. The story eventually allows a former victim to become a savior of others who suffer. The gritty, uncomfortable events are dealt with respectfully and thoughtfully making this more than just grim-dark ploy.

Priest of Bones is a fast-paced, gritty read with an intrigue-filled plot. It is available from Ace Books on October 2, 2018. 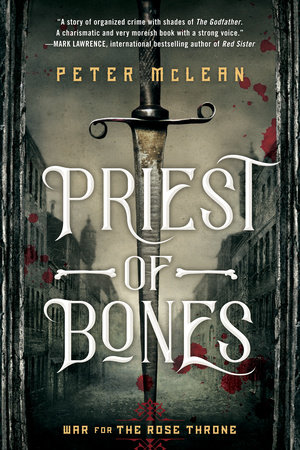 About Priest of Bones

The war is over, and army priest Tomas Piety heads home with Sergeant Bloody Anne at his side. But things have changed while he was away: his crime empire has been stolen and the people of Ellinburg–his people–have run out of food and hope and places to hide. Tomas sets out to reclaim what was his with help from Anne, his brother, Jochan, and his new gang: the Pious Men. But when he finds himself dragged into a web of political intrigue once again, everything gets more complicated.

As the Pious Men fight shadowy foreign infiltrators in the back-street taverns, brothels, and gambling dens of Tomas’s old life, it becomes clear:

The war is only just beginning.

Peter McLean lives in the UK, where he studies martial arts and magic, and volunteers at a prison, teaching creative writing. He is the author of the Burned Man urban fantasy series. Find out more on Peter’s website and connect with him via twitter @petemc666.

Win a Copy of Priest of Bones