Podcrastination: The Bridge, The Deep Vault and Big Data

Home/General/Podcrastination: The Bridge, The Deep Vault and Big Data
Previous Next

Podcrastination: The Bridge, The Deep Vault and Big Data

Sci-Fi and Monsters and Thieves, Oh My!

Audio drama podcasts are a great way to indulge in fantastical stories, and I am here to guide you through some of the best ones I have found so far!  Join me every fortnight as we travel from magical taverns to strange mountain towns, delve into creepy mysteries and fly around outer space. If you missed the first post, head over here to visit The Bright Sessions and King Falls AM or if science fiction is more your bag, last time we ventured into space with EOS 10 and Wolf 359.

As the popularity of audio drama podcasts has grown over the last few years, not a month goes by without some new ones popping up. There are three though that have really stood out, so this week I am going to jump straight in and tell you about them!

The Bridge, The Deep Vault and Big Data are so far very worthy of your time, especially if you love comedy, sci-fi and mysteries. We’ll revisit them further down the line (once they’ve wrapped up their first seasons) to see how they stacked up. 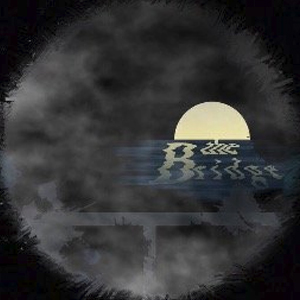 The Bridge is set in an alternate 2016, where a Transcontinental Bridge spans the Atlantic ocean linking the US to Europe dotted with watchtowers which act as lighthouses for the traffic that crosses the ocean. We join Etta, a DJ who fills her time between broadcasting traffic reports with relaying the folklore and stories from abandoned parts of the bridge. Stories of abandoned underwater theme parks and grand hotels are peppered throughout as the crew of Watchtower 10 try to protect the secret the station holds. Along with the old timey adverts which are scattered throughout and a creepy mystery in the overarching story, this podcast is shaping up to be a belter!

The Bridge (in its own words) is “a fictional serialized fantasy podcast about the monsters we fear, the monsters we can become, and the stories we leave behind” and was created and written by Alex Brown and Rebecca Mahoney (the former also voicing Etta, the shows lead character). It is only 5 episodes in but already steeped in its own folklore, Etta spinning her tales make for some creepy bedtime listening! Do you like stories with sarcastic robots and weird, scary monsters? You do?! Great stuff, you are going to love The Deep Vault! Created by Dead Signals, the team behind Archive 81 (which I will be covering in October because: spooky) The Deep Vault is the story of a group of friends in a post apocalyptic USA searching for an underground vault to take shelter in. They find the vault and a whole lot of other problems while they’re in there!

Fast paced and claustrophobic, Deep Vault transports you to another world and makes you feel like you are trapped there with them. At the time of writing they are on episode three of seven so it won’t take you long to get up to speed. 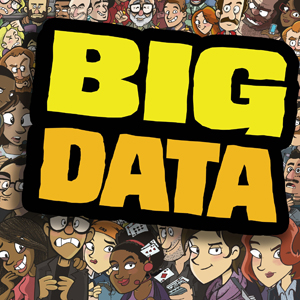 My final pick for today is Ryan Estrada’s ‘Big Data‘, an epic nine part story about criminals trying to shut down the internet. This opus, funded in part by a Kickstarter campaign, features over 70 different actors and took 2 years to produce; and let me tell you, the cast is a veritable who’s who of podcasting royalty. Featuring the talents of Cecil Baldwin, Lauren Shippen, Paul Bae, Paul F Tompkins, Felicia Day and David Cummings (to name just 8% of the stellar cast), Big Data is a whirlwind trip around the world as two reporters try to get to the bottom of who is trying to shut down the internet.

This is audio drama on an epic scale. From the script to the sound design it all falls into place to create a tangible world you could almost step into! I don’t want to give too much away (I backed the kickstarter so have already binged the whole thing!) but the trailer below will be sure to entice you in. There are two episodes up right now with the third going live this week, so go get involved!

Over the next few posts I’ll be aiming to give you a scare! As Hallowe’en approaches we’re going to be getting spooky with: Tanis, Limetown, Small Town Horror, The Black Tapes, Return Home, Alice isn’t Dead and Archive 81. You can also find them all on twitter on my Podcrastination list.