Every geek on the planet can get envious of foods in video games, movies, television shows, books, especially considering the amount of creative freedom our favourite writers have to experiment. A lot of these foods need high tech cooking technology or drink-making skills, but every so often some culinary experts find the perfect way to replicate them for all of us to enjoy in the comfort of our own home, instead of having to venture into the depths of Mirkwood or the pits of a scientific facility! Check out these 10 recipes of delicious geek food to bring a bit of your favourite recipes into your real life.

The Portal Cake is an infamous internet meme by now, with plenty of time to bake in the community after nearly a decade since the first Portal game’s release. The cake in the game was based off of one from a bakery near where the game was developed, and there’s a way to find the bakery’s exact recipe inside Portal 1! That hasn’t stopped people from developing their own recipes, though, but the best recipe overall is the official cake mix! Full of sarcastic instructions, the boxed mix made the Portal cake available to anyone and everyone. It was available on Amazon, though that was discontinued recently. Outside Xbox, a YouTube channel, did an unboxing of the mix! The official bakery recipe, though, is available on Game Informer, where they also discuss the cake’s inspiration. Feel free to make the cake not a lie! 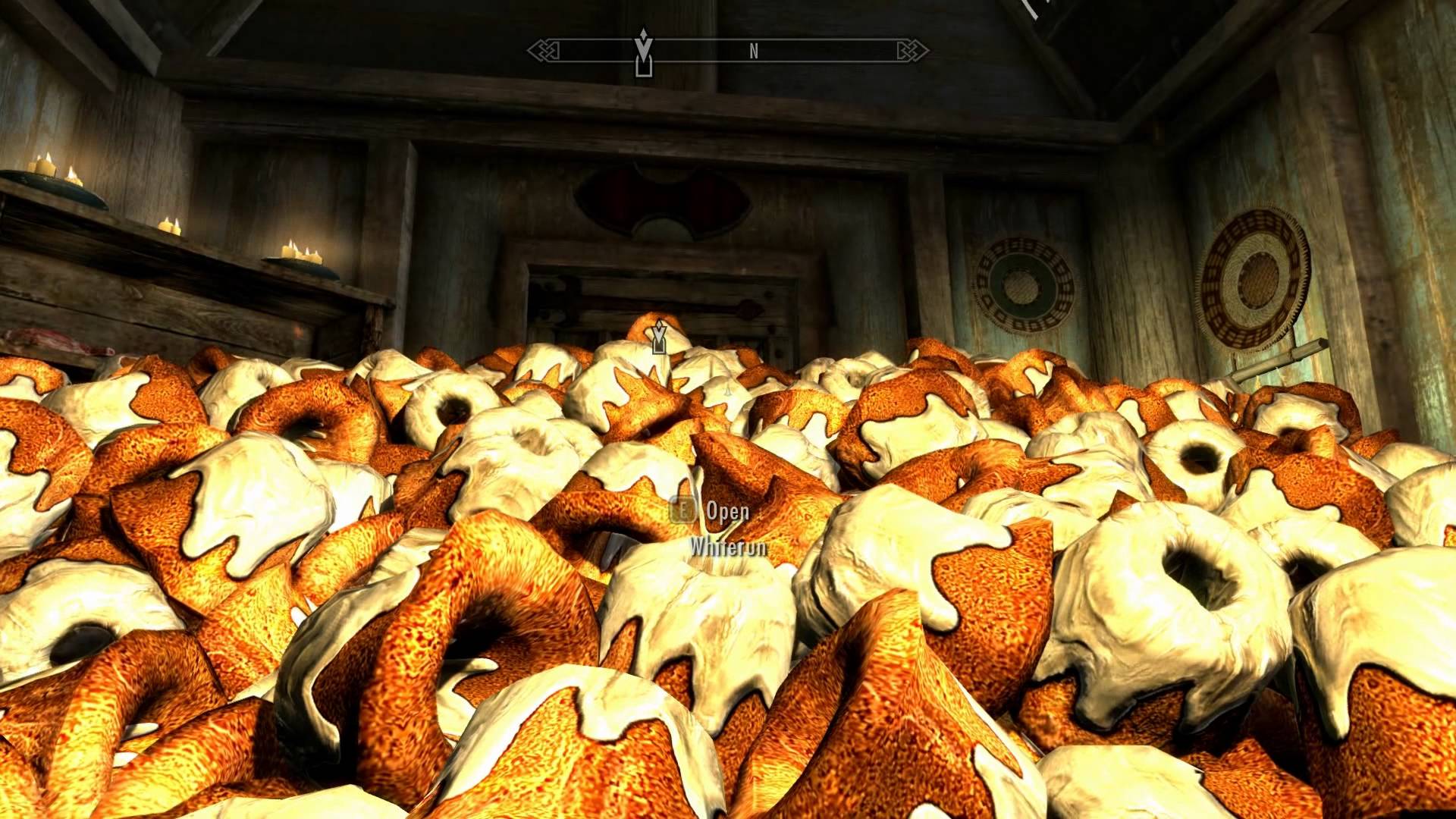 What sweet treat is more joked about than the infamous Skyrim Sweetroll? As the guards so often mock our characters, “Let me guess, someone stole your sweetroll?” As if someone stealing our sweetrolls wouldn’t be a national emergency, worthy of informing the jarl! So should you want to recreate these High King worthy sweets, Gourmet Gaming on tumblr has a spectacular recipe! Grind out that baking skill and make a few hundred for the gang! 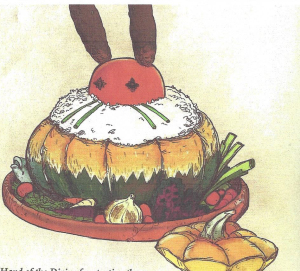 Dragon Age: The World of Thedas Volume 2 includes a number of Dragon Age inspired recipes – though not all totally recreatable, such as a recipe calling for a whole quail, pheasant, and swan. However, one that any person can indeed recreate to satisfy all their Maker-given needs is the Nug-Nug! This is “a dish put together to resemble a nug peeking its head out of a burrow,” as The World of Thedas describes it. In the series, a nug is a small, pink, hairless animal that is very popular in Orlais, a country based off of France. It’s widely adored in the fandom, and by in game character Leliana! This is an adorable conversation piece for a party, even if they’re not big Dragon Age fans – and if they are, you’ve hit two birds with one stone! The recipe is available in Dragon Age: The World of Thedas Volume 2. The seamlygamer.com also made the Nug-Nug themselves! 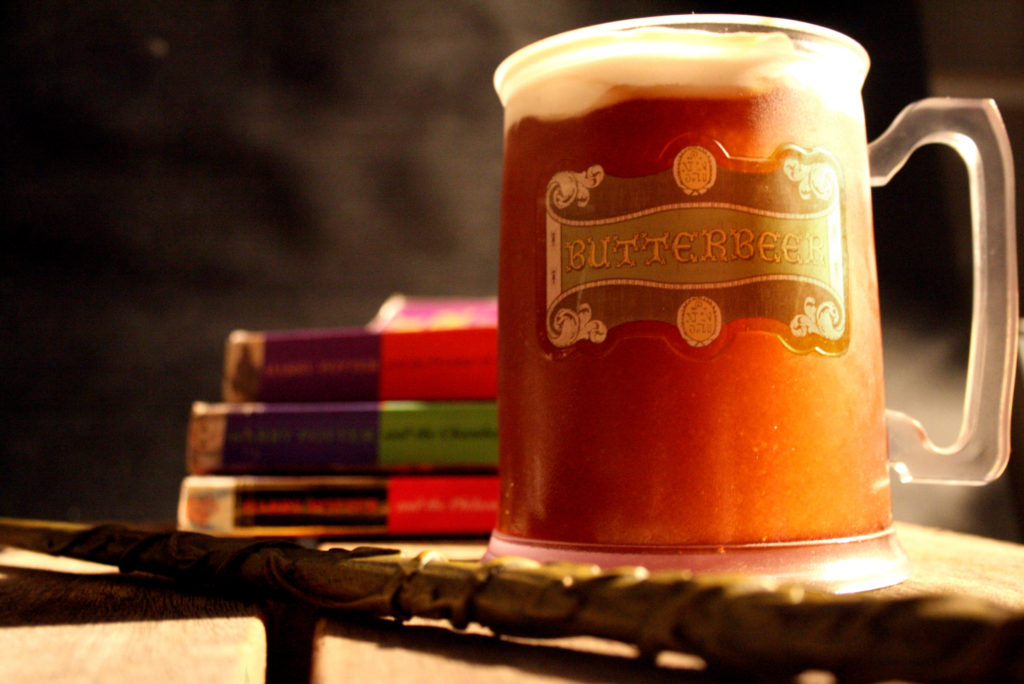 In a world full of delicious wizarding treats, Butterbeer struck Harry Potter fans as the most realistic available options. It became a fixation we could actually do something about, as opposed to fudge flies and chocolate frogs. So many people have recreated this delicious beverage that there are dozens of recipes online, but the Wizarding World of Harry Potter Official theme park at Universal has their own recipe that they make for people, and this recipe is the closest that anyone outside the park can get! 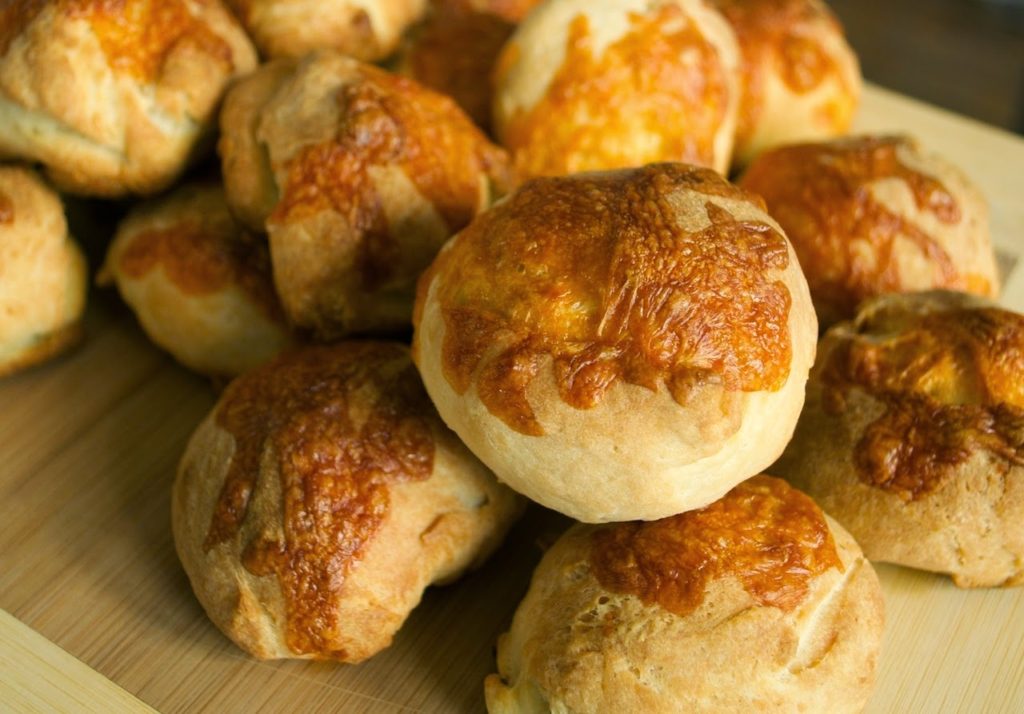 Coming from the perspective of a poor, post apocalyptic society, in The Hunger Games foods are either drastically decadent or so simple a child could put them together; in District Twelve, they work with what they can make or hunt or scavenge. Geeky Chef made a recipe for Peeta’s delicious cheese buns from the books, saying “…Katniss describes these buns as soft bread with cheese baked on top, a bit greasy and messy to eat.” 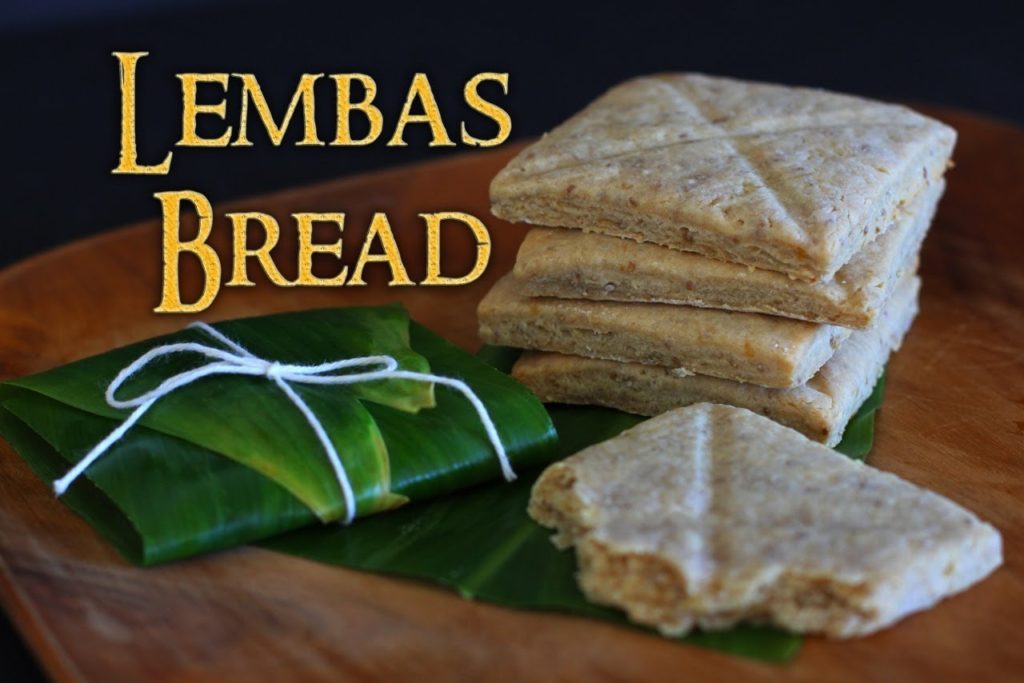 Lembas Bread is a steeple of the Lord of the Rings universe, if only because of its fans. A simple bread to make in real life, in Tolkien’s reality one bite of it could fill a grown man’s stomach – or it could according to Legolas. Veggietorials on YouTube made one of the quickest, simplest recipes for real Lembas bread – plus, chia seeds add protein! One bite might not fill your stomach, but even still these will be worth it! Veggietorials even wraps the squares in leaves and ties them with string to make them feel more authentic. They’re perfect for healthier little snacks at geeky events! 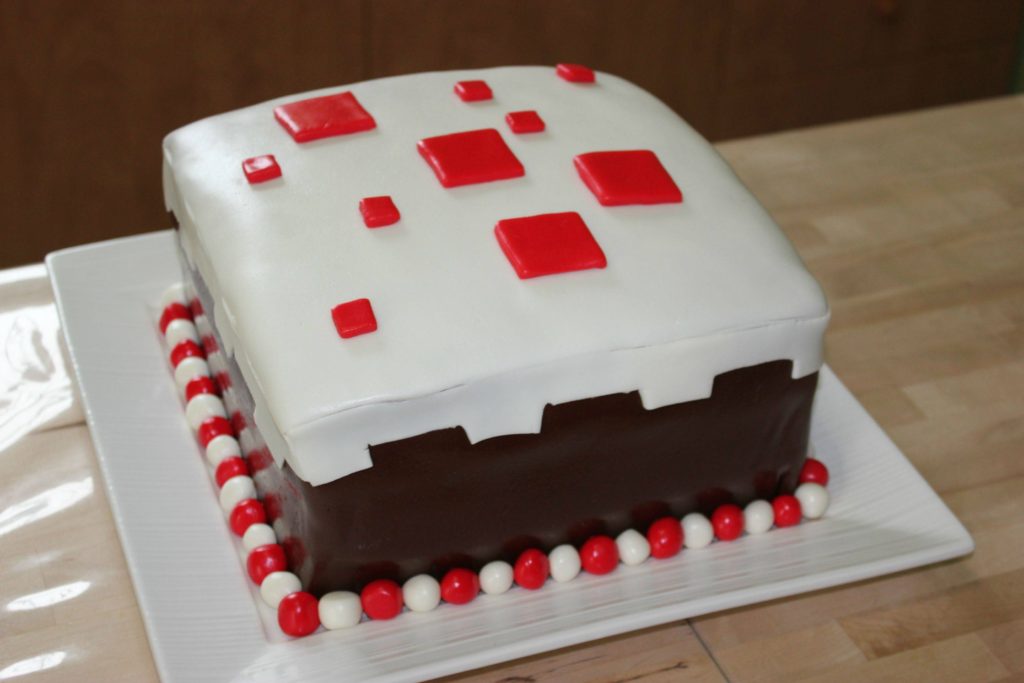 Minecraft, an instant success in the gaming community, was bound to have a meme or two thrown its way, especially in this day and age. The Minecraft cake took up this mantle with open arms. Despite the game’s focus on survival through mining, hunting and scavenging, the frivolous cake became the icon of cooking in the game. Feast of Fiction on YouTube created a delicious red velvet replacement – perfect for any child’s birthday party, to mark any special occasion, or just for a Tuesday afternoon! 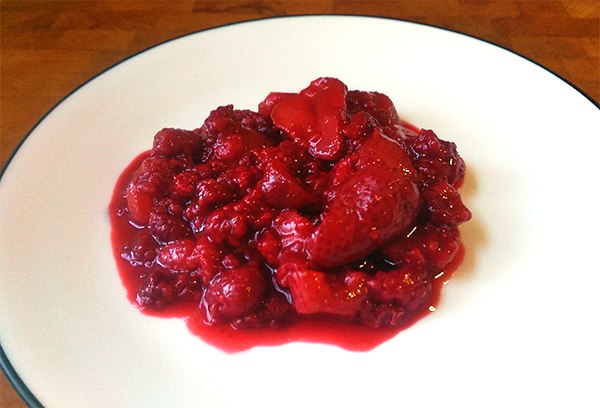 You might not expect any good recipes to come out of Don’t Starve, a survival game with 2D graphics, but at Eat a Byte they recreated the roasted berries recipe, perfect for “yogurt, oatmeal, ice cream, or just out of a bowl with a spoon!” It really goes to show what video games are capable of with a dedicated, creative mind looking at them. 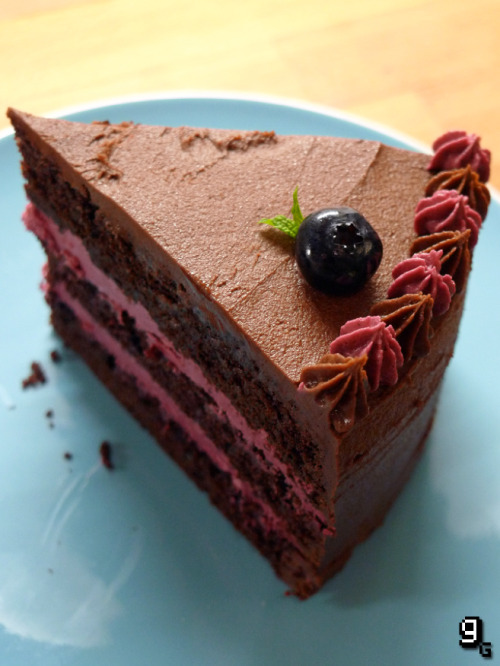 The Guild Wars 2 Omnomberry Cake is one of the most recognized foods in Guild Wars, of which there are dozens to choose from! Gourmet Gaming on Tumblr created a recipe so you can enjoy this delicious chocolate masterpiece at home, inspired by Black Forest Cake and using blueberries instead of Guild Wars’ omnomberries. But truthfully, if omnomberries existed, you can bet there would be a recipe using those. 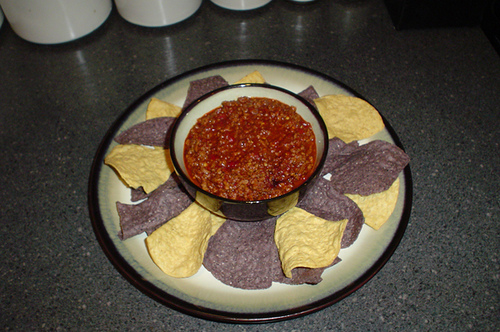 World of Warcraft is one of the most recognizable MMORPGs (Massively Multiplayer Online Roleplaying Games) on the market, almost a standard for all other MMORPGs. Cooking has always been a basis in that, and one of the more recognizable dishes of an experienced cook is the Dragonbreath Chili. Players who haven’t played in years can even remember this work of art. At The Bronze Kettle, one can find a recipe to create such a thing in real life – if the spiciness implied by the ‘Dragonbreath’ part of ‘Dragonbreath’ chili doesn’t scare you away!

Video games, television shows, books, all these kinds of things are often our hiding place when the rest of the world doesn’t make any sense. In a lot of ways, making recipes like this in real life brings a piece of our safe haven into reality. Every geek at one time or another wishes with all their heart that they could be with different people, in a different world, under different circumstances. And while sometimes this leads to extraordinary creative endeavours – like fanfiction and fanart – it can also get a little lonely. If you’ve the patience, making a dish from your favourite fandom can do wonders. The creators know it, too, which is why we get things like World of Warcraft: The Official Cookbook, A Feast of Ice and Fire: The Official Companion Cookbook to A Game of Thrones, and Wookie’s Cookies: A Star Wars Cookbook. Cooking or baking can be for any number of reasons, from anxiety relief to a career, but for whatever reason you’re working in the kitchen, be sure to add some of that amazing nerd flare.