Full confession: I haven’t read this book… yet. It wasn’t assigned to me in school when most people read it, but it’s on my List of Things to Read. Usually I make a point of reading the book before seeing the movie, but this one I couldn’t resist. Now on with the review.

The Giver is the prototype for the wave of dystopian young adult novels we’ve seen in recent years. The novel won the Newbery Honor in 1994, and has been a modern classic assigned in many classrooms ever since. Without The Giver, we wouldn’t have Divergent or The Hunger Games or Uglies. And I have to say that I liked this movie in a way that the other movie versions of similar novels haven’t yet captured. 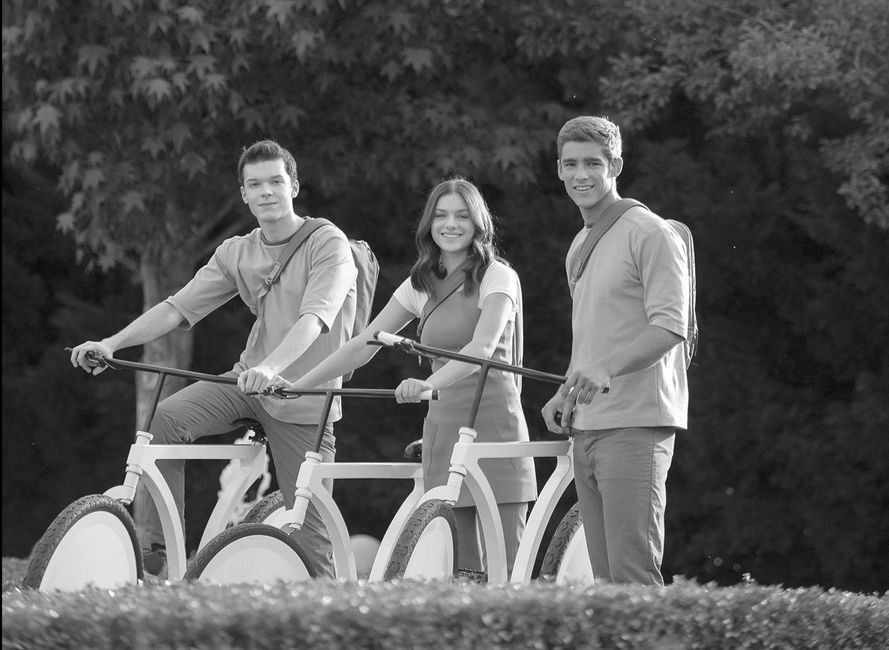 This movie begins, as many dystopian stories do, in a future that is regimented and controlled in an effort to quash any dissent or difference, to control thought and actions, to suppress love and art. People live in “Communities” that are bound by certain Rules, that on a surface level seem to create a utopia: a world without conflict or competition or jealousy. People are encouraged to use “preciseness of language” in everything they say to remove misunderstanding. Everyone takes daily injections to remove or suppress emotions, and the community’s collective memories are only as far as their oldest members can recall their own personal experience. 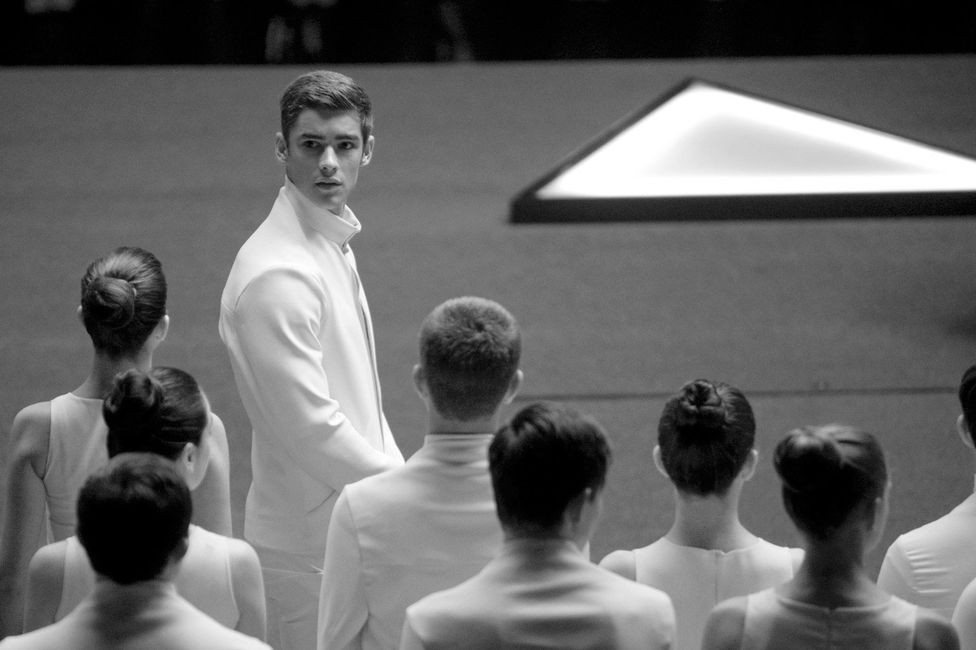 This is where we meet Jonas (Brenton Thwaites). In this community there is one person who is allowed to have the memories of the past, one person who can experience the full range of human emotion and experience. Jonas is chosen to be the next Receiver of Memory, to take on the burden and replace The Giver (Jeff Bridges) as adviser to the Council of Elders. Jonas begins his education and as he does, he begins to question everything about the way of life in the community, leading to some dangerous confrontations not only for him, but for his friends and family. 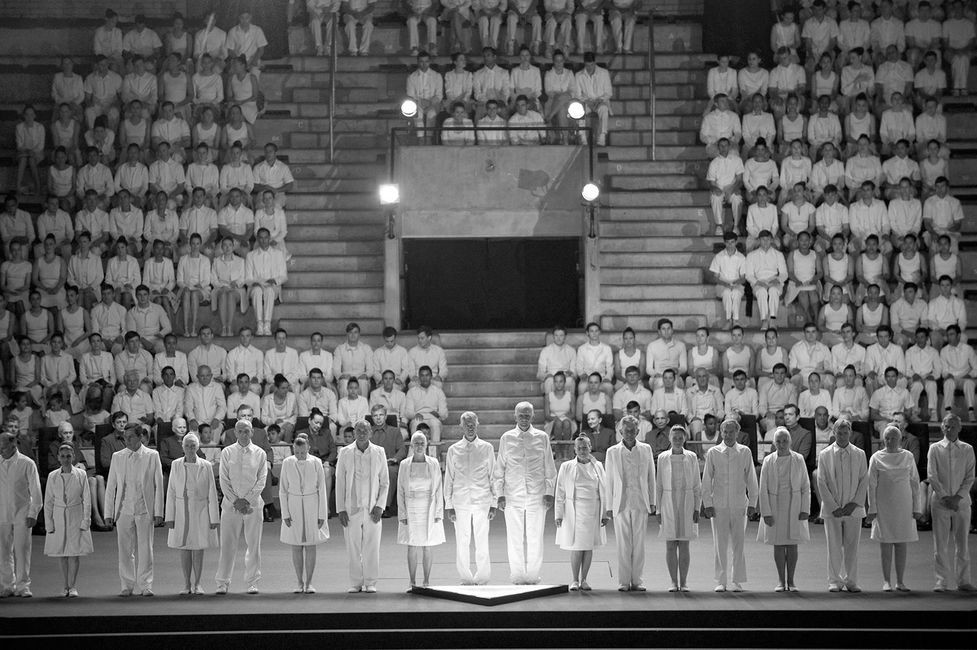 I love the way this movie is filmed. It begins with everything in black and white, the homogenous sameness of the community defined by their lack of color that matches their lack of emotion. We catch glimpses of it in Jonas’s gaze, but everyone and everything exists in a gradient of grays. The community acts as a hive mind and the elders tell them how to follow the Rules, removing anyone who may be out of order, while their elderly and those who dissent are sent “beyond.” Though I suspected early on what that meant, it becomes increasingly clear as the movie progresses that along with emotion, this society doesn’t value age or wisdom. Even the Receiver of Memory is treated with suspicion by the elders and those around him. Emotions are dangerous.

As Jonas learns more, and is exposed to more things like music and art and even war and violence, he begins to see the world in a more beautiful, complex way, and the filmmakers have used a brilliant device to convey this awakening. We, as the audience, are gradually given colors in the black and white world as Jonas is, first red and then with green, and then a sudden wash of blue so that each color is something to savor, and to marvel in, as it appears. Details become important, living things like trees become more vibrant and it is almost like seeing them for the first time. The joy of a first dance or a first touch of snow is beautifully captured, and we, like Jonas, want to share it. 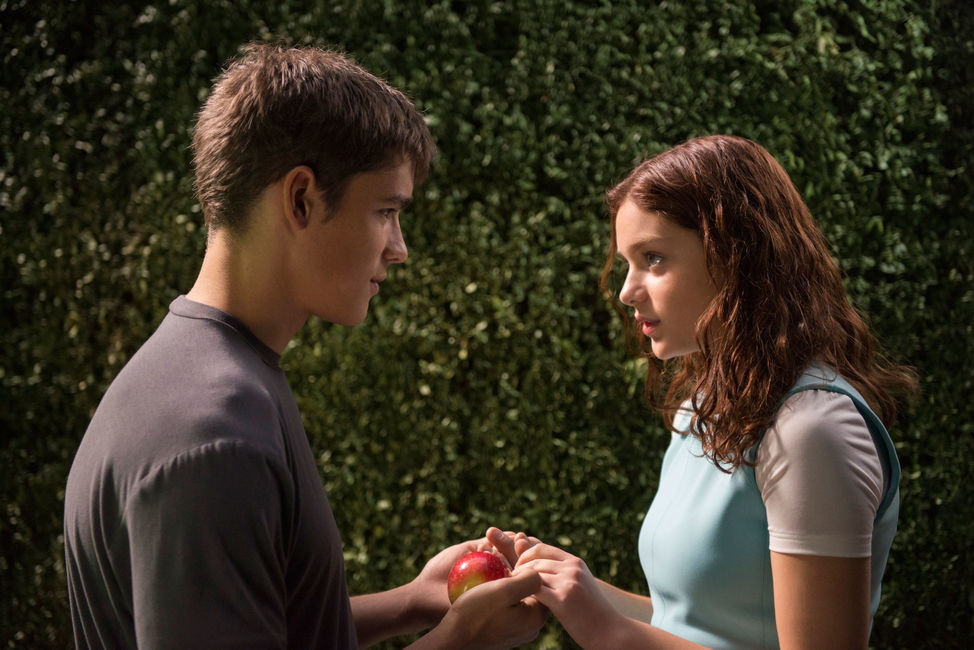 At this point, the Rules begin to show their true danger. When Jonas asks questions that might disrupt the order of the Community, such as asking his father “Do you love me?” he is met with an admonishment: “Preciseness of language!” The word “love” is banned, and the Rules make sure that even those wondering about it are kept from delving deeper. His attempts to share his experiences with his friends, or to deal with his realized love for his friend Fiona (Odeya Rush), make him a threat and a target. The Rules keep people in line, but Jonas wants to destroy the line all together, and it may cost him everything he has learned to value, to love.

One of my favorite things about this movie is that it celebrates differences because of the value each individual brings to the world. Diversity isn’t a quota or a fight, but life itself. Without it, the community becomes stagnant, insidious, and complacent in systematic murder. Sameness and uniformity may seem like peace, but they hide an evil root. Different ways of thinking help people, as a group, to see a bigger picture and to realize how the world really is, and to see it in all of its beauty.

The Giver is beautifully filmed and has a clear, well-developed plot, though the characters’ various roles are established early on in the story so that there isn’t much in the way of surprising twists. This didn’t bother me in the slightest, as I found myself rooting for Jonas and Fiona, and even for Asher to make the right decision at crunch time. The ending is apparently much more finite than the one in the book, so that I was left feeling satisfied in a way I might not if I read it first.