Have courage, and be kind.

That is the mantra of Cinderella (2015) and it is the undercurrent to everything that happens in this live-action retelling of the story of Ella, her Fairy Godmother, and one fateful trip to a royal ball. There is magic to behold as well as gorgeous costuming and set design, but the gentle portrayal of the kind-hearted “Cinderella” by Lily James is the real enchantment of this film. 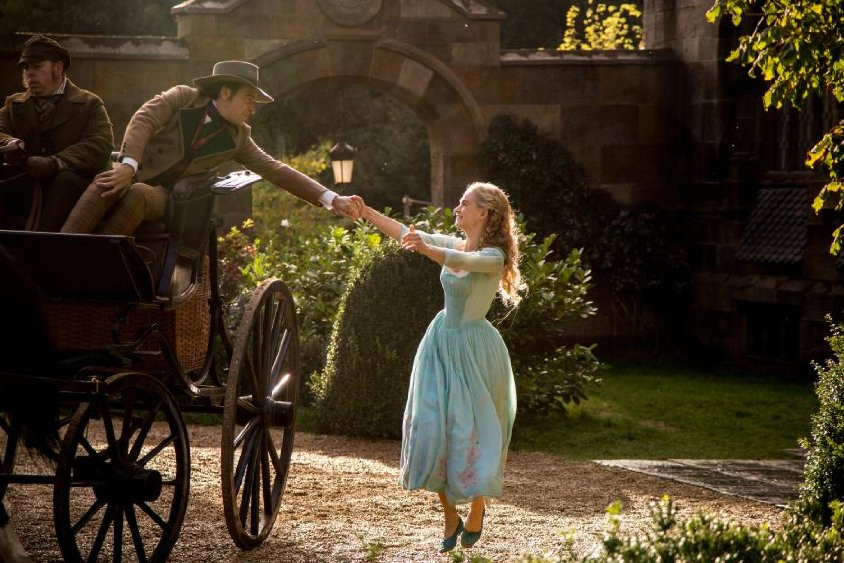 The movie opens with Ella’s childhood, idyllic and softly filmed, almost like a dream world in a country house with her parents and animals that have the faintest of voices that you can nearly understand if you listen closely. It’s the usual story, with the merchant father who adores “his girls” and everything seems perfect until the mother is suddenly taken ill. On her deathbed she implores her daughter to promise always to “Have courage, and be kind,” and the young Ella promises. 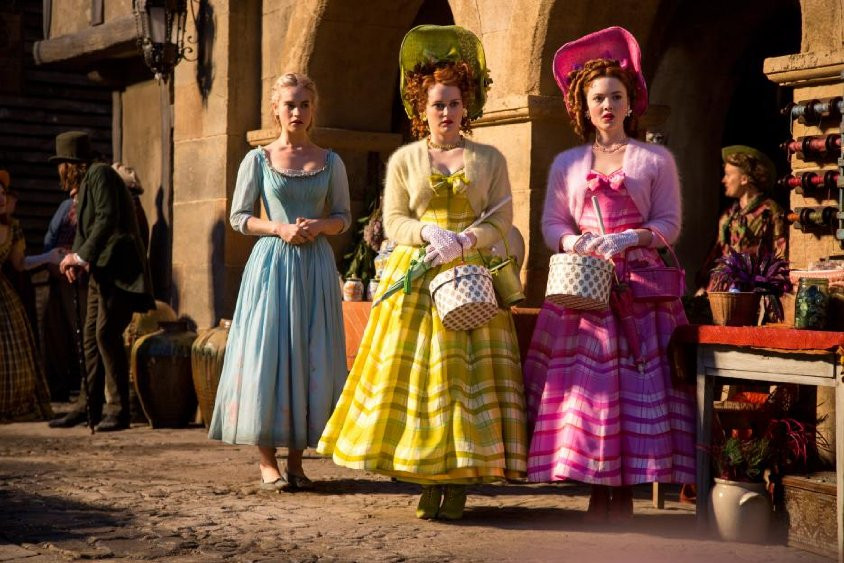 You know how this story goes. Soon there is a Stepmother and two stepsisters and even a gray fluffy cat named Lucifer. What is interesting though is the character development put into the main roles, particularly of the Stepmother (Cate Blanchett). The woman is grieving and penniless when she marries Ella’s father and never quite fits into the household the way Ella’s mother does. 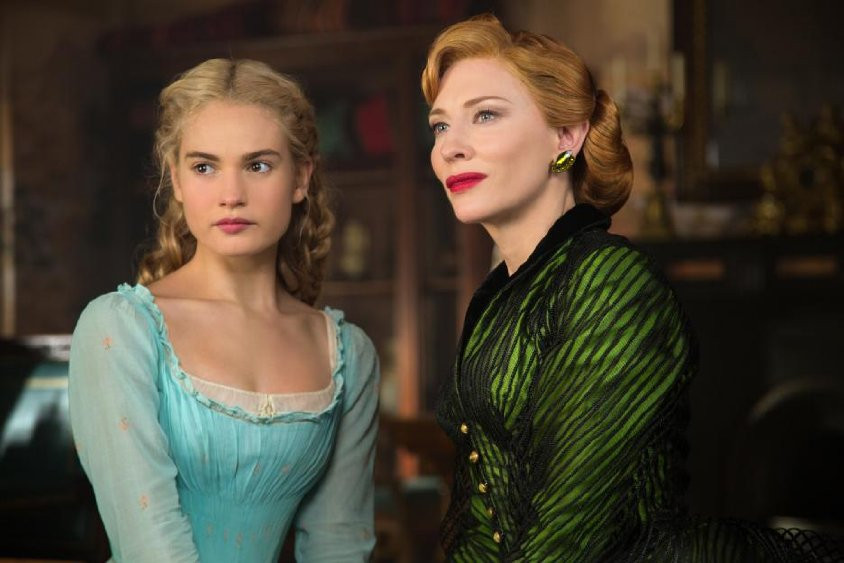 What I love about Blanchett’s portrayal of the Stepmother is that she is beautiful and elegant and intelligent and you can’t help but wonder how she wound up with the comically inept (and wonderfully played by Sophie McShera and Holliday Grainger) daughters. Her tragedy isn’t so much that she is twice widowed as that her own jealousy and spite lead her to reject the one daughter who could have fulfilled all of her wishes, and who would have treated her with undying kindness and love. You see her trying and failing to win the game her own way instead of being kind in return to the young woman whose life the three others have invaded. 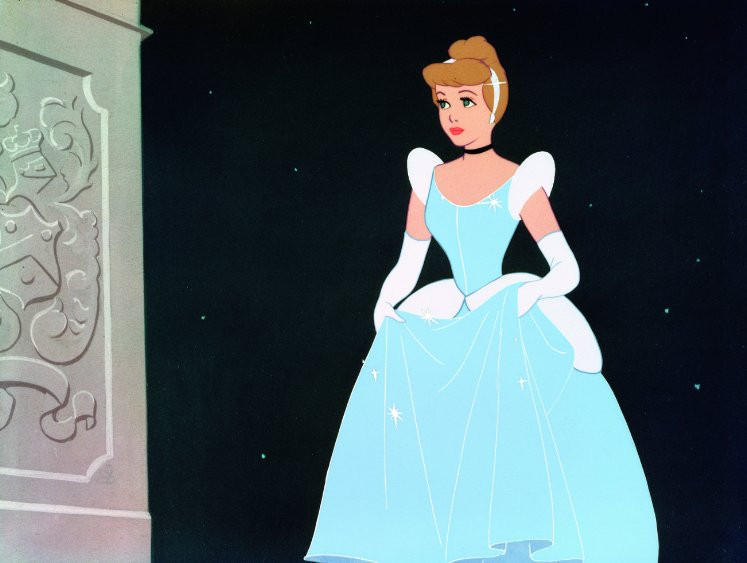 Ella is given more depth in this as well, as the film lets her grow and expand as a character. The Cinderella of 1950 is sometimes criticized for putting its protagonist too much into a traditional domestic role, where she has to have an outside source to pull her to the ball, as well as having her fall in love with a prince that she meets only once and hasn’t even spoken to on camera. I’d argue however, that Cinderella has always had agency, choosing to care for those around her despite her situation, and by making her own dress she did try to have agency in going to the ball. 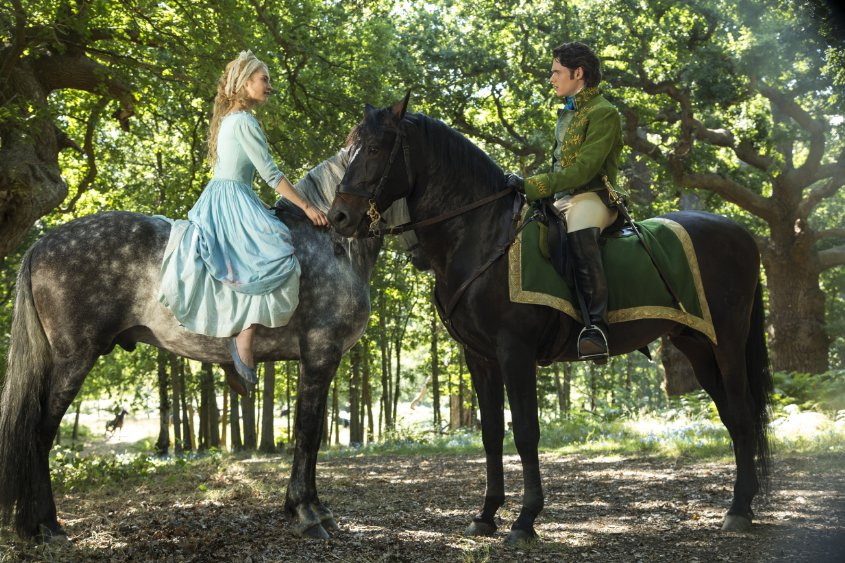 Love at first sight is, of course, a classic trope, but I enjoyed how in this modern retelling it was the Prince who fell in love with Ella. Not that she wasn’t interested, but Ella falls for a young man she believes to be an apprentice named Kit, and is never bothered by trying to meet a prince or the ambitions of her Stepmother. Much as in Ever After, it’s Ella’s heart and mind that enchant the prince, which is also something I appreciated a lot. 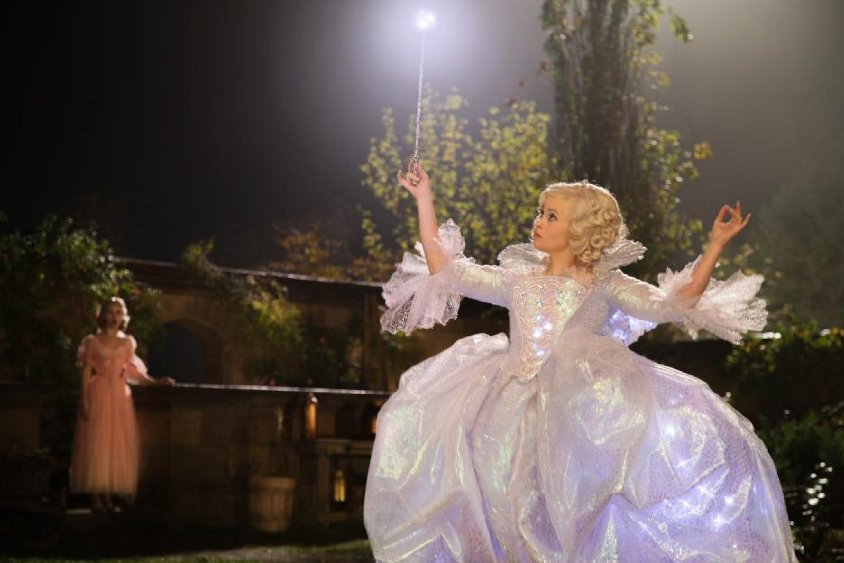 One of my favorite parts of this movie is the way that magic is woven throughout it, and not just in the scenes with the Fairy Godmother (played charmingly by Helena Bonham Carter). It’s always bothered me that her stepfamily doesn’t recognize her at the ball, but here the explanation is that it’s “part of the magic.” Everything is given a magical explanation that should be, and why not? If you’ve got a movie with fairy godmothers and magic wands, magic should be a logical answer. Even the iconic glass slipper won’t go on another foot because of its magical properties. It just makes sense within the world created by the film. 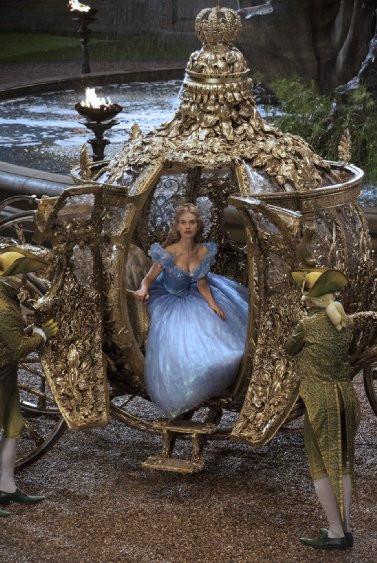 And can we talk about this carriage? Wow.

This movie left me not only with a warm, nostalgic glow but with a new-found appreciation for Cinderella, both the story and the character. Though I knew the outcome, the race from the ball at midnight was exciting and I found myself worried about what would become of all of the characters. The happy ending is expected but still satisfying and this is definitely one I’d see again.

Oh, and stay through the credits to be treated to Helena Bonham Carter singing “Bibbity Bobbity Boo”– it is certainly worth the wait!