Well. That really was something, wasn’t it? If you’ve already seen Avengers: Infinity War, chances are you left the theater at least a little stunned. I was, too, until a few things clicked into place for me, and I want to share my thoughts with you on this. So let’s chat about the ramifications of Infinity War, and what it might mean for part 2 coming in 2019.

MAJOR SPOILERS ALERT FROM THIS POINT ON.

No, really. Spoilers ahead.

This is your last chance to turn back.

Don’t say you haven’t been warned.

I want to be up front and say that this is not a review in the traditional sense. I’m not going to tell you what I liked or didn’t, but simply break down some things that stood out to me while watching Infinity War this weekend, and as I considered what the fallout of this movie might be for the rest of the franchise, and in particular Infinity War part 2.

There hasn’t been a title released yet for part 2, and the Russos have said that the title itself would have been a spoiler for Infinity War. While some folks are speculating on what the title might be, at this point I don’t think it matters much. Just know that “Infinity War Part 2” is a “totally different” movie than part one. And I think that’s reasonable.

After all, Infinity War itself plays out from start to finish like a stand-alone film. About Thanos. The Avengers are bit players for him, like pieces on a chess board that keep moving around, but Thanos has the character arc. (I know, I said I wasn’t going to review, but stick with me here.) Because of this, all of the remaining characters (and maybe some of the ones who are “gone”) have the chance for a full arc in the next film. That being said, there are four key things that happen in the movie that I think point to where this is headed.

Let’s start with something that bothered me during the movie itself. And I mean bothered in the way that at first I thought it was sloppy writing, but then kept on pestering my brain like a little itch that I couldn’t quite scratch. Namely: Doctor Strange makes a sudden and uncharacteristic “altruistic” change of heart and hands over the Time Stone.

This bothered me for two reasons. First, while Stephen Strange made some moves toward becoming noble in his stand-alone film, he’s still definitely arrogant and hasn’t quite melded his duties as Sorcerer Supreme with his Hippocratic oath. He blatantly tells Tony Stark that the Time Stone stays with him, even if it comes at the cost of both Tony’s and Peter Parker’s lives. What happens to change his mind? He doesn’t have a deep, life-changing moment with Tony. He doesn’t suddenly feel some paternal instinct for Peter. Even when they save his life, he’s still pragmatic about it.

No. What changes is that he checks all 14 million + future outcomes and sees exactly one way to win. He gives up the stone, tells Tony they are in the end game, and waits for things to play out. Even if he doesn’t have a specific plan in action, Doctor Strange knows something the rest of them don’t.

I’m not going to get into a list of everyone who seemingly snuffed it in this film, but rather I want to talk “pre-gauntlet” and “post-gauntlet” deaths, generally. I really think that (almost) everyone who dies before Thanos assembles the six stones is really done. Loki and Heimdall? Dead. The Collector? Dead. Vision? Dead.

Everybody who disintegrated with the Snap? They’re fine. No, really. They’re going to be fine. This was the gut punch that folks experienced, but the filmmakers made a pretty big error: they disappeared Black Panther. It’s supposed to be an emotional UGH when you see T’Challa vanish into dust, but come on. Nobody really thinks that Disney is going to snuff their billion dollar character. From a storytelling perspective, they could have had any of the other characters from Black Panther go and it would have made this feel like a real risk. Instead, it breaks the moment because you know that isn’t going to be permanent, even just from a financial standpoint.

On a more meta note, they’ve also published a release date and cast list for both Guardians of the Galaxy 2 and Spider-Man 2 soooo…. yeah. Those guys are fine, too.

The Soul Stone Needed a Soul

The one exception to the “pre-gauntlet” deaths I think we will see is Gamora. Yes, she was sacrificed by Thanos in order to attain the Soul Stone, but I don’t think it’s the end of her. Rather, I believe that the Soul Stone needed an actual soul in order to manifest, and that Gamora’s is now embedded in or otherwise made one with the Soul Stone. She’s still “alive” in that sense.

The evidence is there: when Thanos snaps his finger and the universe changes fundamentally, he goes to a quiet place somehow connected with the gauntlet. And who is the only soul there? 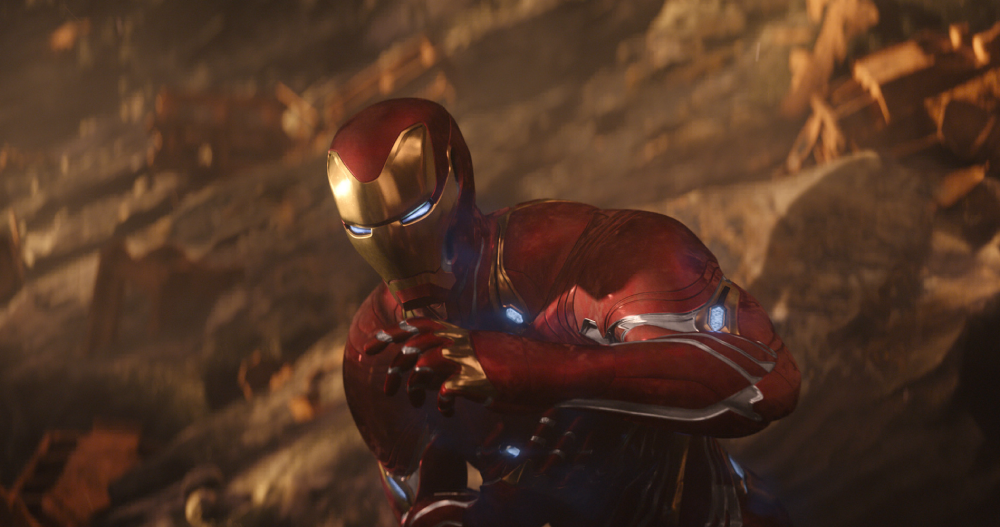 Back Where it All Began

And this brings us around full circle to where this thing is headed for Part 2. Tony Stark has been the protagonist of the entire MCU for the last decade. He turns up in other people’s movies in way more than simple cameo roles. He may not be the “first” Avenger by age, but he is the first in the franchise. And where did he begin in his first film?

In a war-torn desert. Trying to get home. Realizing that if he survives this, he’s got a big job ahead of him.

Tony is the key to where this is going, based on how everything has been set up to this point. I don’t know if he will be the one to (literally or proverbially) snap his fingers and put everything back, but he’s going to bring the story full circle.

What do you think? Is the Time Stone the key to reversing it? Will Tony be the one to bring an end to the war? (Will we be laughing at posts like this in a year? Probably.)