Are you a fan of Dragon Ball? I haven’t seen the original series or GT, but I did watch every episode of Z. Dragon Ball Z won me over pretty quickly and I found myself cheering for Vegeta, Gohan, and Piccolo often. 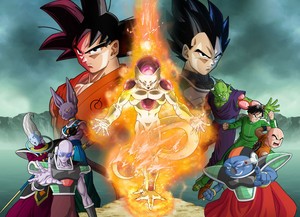 There was an announcement earlier this week that they are making a new series, Dragon Ball Super, which will debut in Japan in July. The show will take place between Z and GT and the original Dragon Ball creator, Akira Toriyama, will be overseeing the new series.

My only hope is that they keep Christopher Sabat for the voice of Vegeta and Piccolo when they dub the show in English.

So with all the Dragon Ball excitement this week I wanted to share my Dragon Ball cupcakes!

I originally made these cupcakes a few years back. The cake was a lemon cake mix that I added green tea to, since I associated the health benefits of green tea with Senzu beans (which restores energy and physical health in the Dragon Ball universe). I also flavoured the buttercream with green tea. But really, you could make any flavour of cupcake and frosting for these cupcakes. What matters is the decorations.

I used sour green jelly beans for Senzu beans. They provided a nice opaque colour. I then picked out orange gumballs and painted on red stars with gel food colouring. 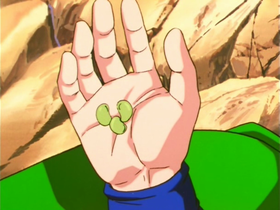 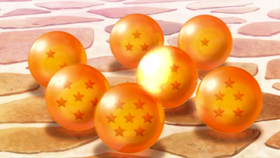 I love how they turned out! And they also tasted pretty amazing. The lemon-green tea combo was lovely. I really need to make them again. 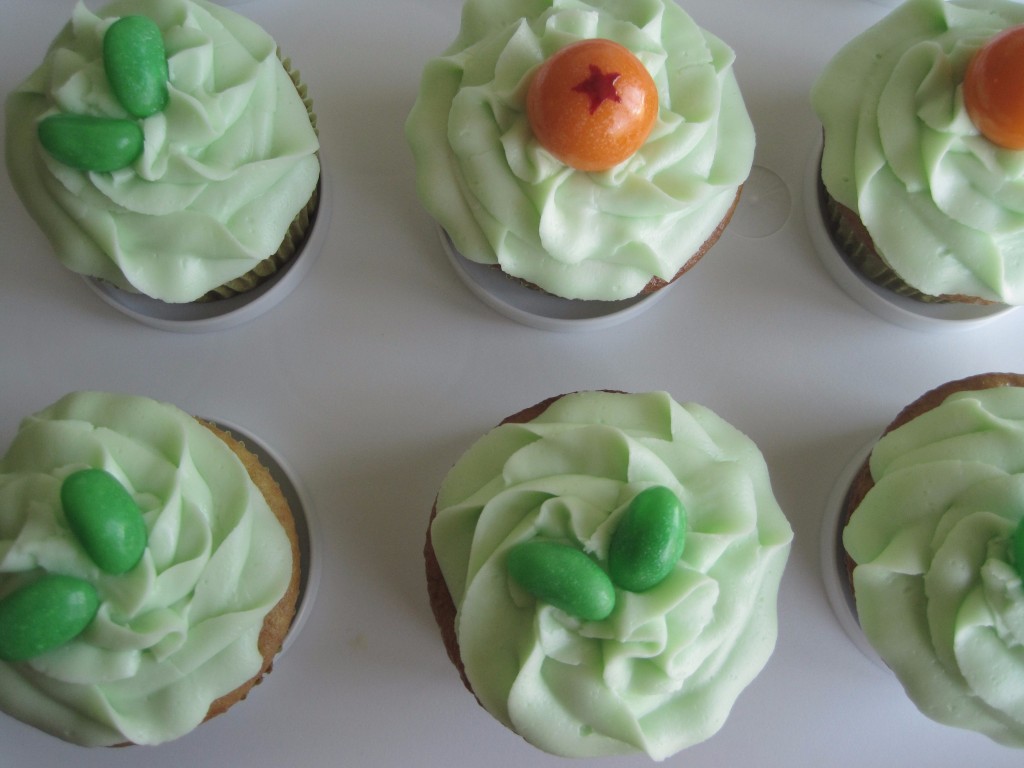 Are you looking forward to Dragon Ball Super?