Fantasy and magic and a phoenix? If any (or all) of that is of interest to you, we’ve got a new book for you to check out! This week, I’m sharing thoughts on a debut: The Late Great Wizard is the first book (and the first of a new contemporary fantasy series) from Sara Hanover.

The Late Great Wizard begins with a normal, intelligent high school girl going to school and dealing with mundane things like field hockey, work, and frenemies. But it quickly shifts as we learn about her father disappearing and a contrary old professor on her meal delivery route. There are a lot of characters, most of whom turn out to have some sort of connection to magic, whether they realize it or not. The characters’ motivations are not always as clear as you think they are, which keeps the book twisting and turning, albeit not in entirely surprising ways.

The Late Great Wizard and I didn’t start off on the right foot. I found it a little too trite to start and the pacing was off-putting. Over a third of the way in, though the action had been non-stop with numerous events, the plot hadn’t advanced much. Then halfway into the book, the pacing and plot movement seem to align and things felt smooth. All the young adult fantasy tropes are here, but I did’t mind them. Tessa and her new friends are likable and it makes you inclined to go along for the ride, even if it does seem a bit far-fetched now and then. And in the end, I found myself wanting to know what happens next and hoping for more development of key characters in the story. If I’m still thinking about what could happen next, I find it’s a book that was worth the read.

The Late Great Wizard is a light read with some intriguing aspects and kicks off what is sure to be an interesting series. Sara is already working on rewrites for the sequel, The New Improved Sorceress, so get reading to stay ahead of the story!

The Late Great Wizard is available now from DAW! 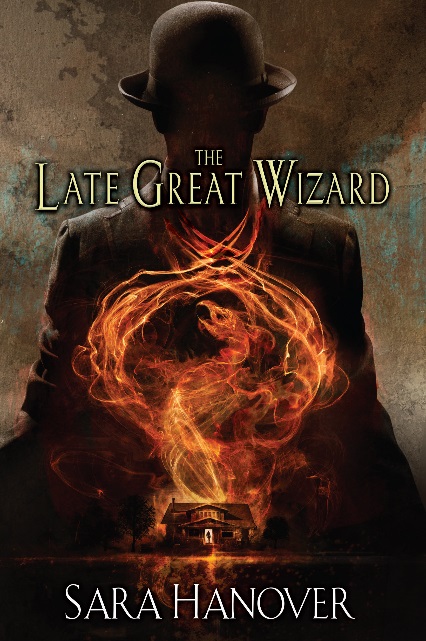 About The Late Great Wizard

A young woman must work with a magician who is not what he seems to find her father in this new contemporary portal fantasy series.

With her father vanished under suspicious circumstances and her old life destroyed, Tessa Andrews is determined to pick up the pieces and forge ahead. If only their borrowed house didn’t shake and rumble as if haunted. But at least she and her mom have a roof over their heads, so her luck couldn’t be all bad, could it? As if to prove her wrong, Tessa gets an urgent call for help one night from crusty old Professor Brandard, one of the people on her charity meals route. She dashes over, only to find the house in flames and the professor gone. A handsome young man steps out of the ashes to request her assistance, claiming to be the professor and a Phoenix wizard. She not only has to believe in him, but in magic, for an ancient evil is awakening and it will take the two of them, plus a few shady friends, to stand against it. Because the rejuvenation ritual has gone horribly wrong. The late, great wizard desperately needs to get his mojo back, for only if Brandard regains all his magic do they stand any chance of defeating this deadliest of perils.

Sara Hanover lives with a hoard of books, rather like a dragon, and works on improving her imagination daily. She loves plot twists and cats, family and crispy autumn leaves, traveling and good food. She thanks her parents for supporting her first efforts in writing, and her husband for continuing to encourage her, along with the many good people at DAW Books. You can connect with Sara via Twitter @HanoverWriting and get writing tips and recipes from her website: sarahanover.com