5 Reasons You Should Read Threadwalkers!

5 Reasons You Should Read Threadwalkers!

In case you didn’t know, our very own Joanna has published a book! It’s called Threadwalkers and is a YA sci-fi book about time-traveling. And spoiler alert: it’s amazing! Before I gush about the book itself, can I just tell you how insanely proud it makes me to hold my good friend’s actual book in my hands? It’s the best feeling! Okay, book-time! 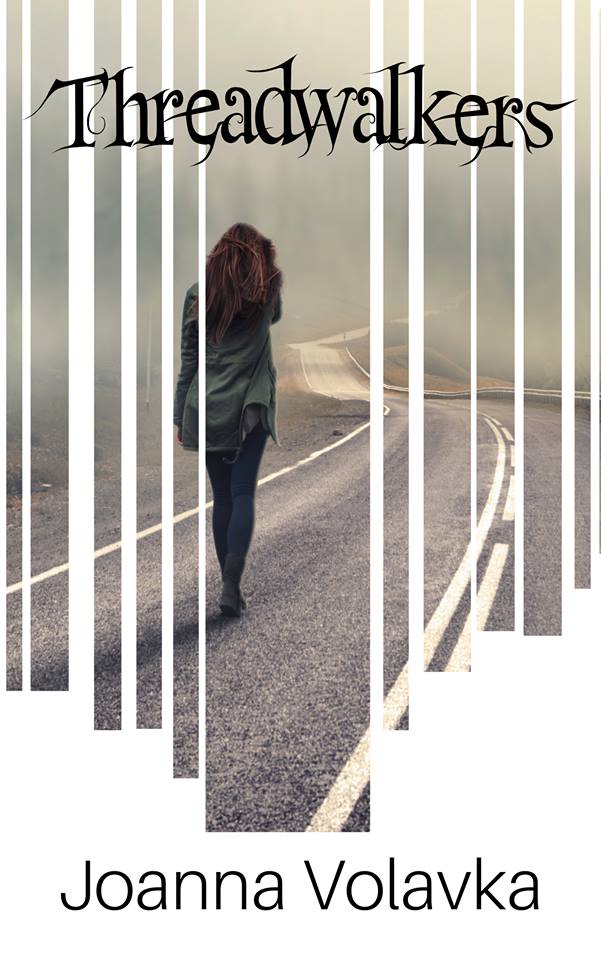 Here is the blurb:

After her father’s death in a plane crash, Miranda Woodward’s life begins to unravel. On her sixteenth birthday, Miranda receives a mysterious gift: a small wooden box containing a needle and spool of gossamer golden thread, left behind by her father, which begins a chain of events that soon leave her life in chaos. Her pet cat is replaced with another, her teachers don’t have her on their roll call at school, even her closest friends forget who she is. When her mother vanishes into thin air, Miranda becomes desperate for answers. She follows clues to a meet a man known only as the Tailor. With his help, she must find a way to fix her life before it’s too late.

And now, 5 reasons you should pick up Threadwalkers by Joanna Volavka!

1. Time-traveling, Oh My!
If you are the least bit inclined to time-traveling stories, you cannot go wrong with Threadwalkers! It has great mythology (delivered in a mysterious and slightly creepy speech by one of my favorite characters, The Tailor) and Joanna makes it easy to understand and navigate for the reader, which is a huge plus in my book. While time-traveling is occasionally confusing and surprising to Miranda, you are never confused about what’s happening as a reader. Time-traveling in Threadwalkers is also a whole profession with its own organisation, and I absolutely loved that. It’s really cool to me that being a time-traveler is an actual job, and Miranda just went through the most intense internship in the universe. (Imagine having to write a report on that in high school!)

2. The creep factor!
Threadwalkers starts out with such a creepy vibe, when Miranda hears voices. Especially when she visits a supposedly haunted house and not only hear voices, but also sees shadows, #NoBigDeal. I was instantly hooked because of this, and had to turn on an extra light while reading (I’m a scaredy-cat it must be said, so I don’t think the book is too scary). I absolutely loved the combination of “ghosts” and the science-fiction time-traveling aspect, and getting to know more never took away the creepiness of it all, which was really cool. And with the added sights and smells of autumn, this really is the perfect book for the season.

3. Friendship is Magic! (And so is family, but there went my My Little Pony reference.)
Miranda’s two best friends Abby and Jae are #friendshipsgoals, and her relationship with her mom is beautiful and full of cute little traditions, despite the hardship that has come their way. And even though Miranda has to get by and pull through without them, she is quite literally prepared to change the world to get them back into her life. If that’s isn’t love and friendship, I don’t know what is.

Miranda also befriends several people along her journeys, and I really like the connections she is able to make with people, despite being scared and confused and on the run. I also really appreciated that there was no Grand and Epic Love Story TM to steer Miranda’s decisions and take away focus from the story and the importance of friendships. And while Miranda takes advice and accept help from people, in the end she is the one who has to learn who to trust and how to navigate this new, scary and infinite world.

4. OMG! What! Just! Happened!
Threadwalkers is an absolute page-turner, and refuses to let you go until you reach the very last page! It’s full of action and suspense, and not once are you bored or want to rush things. Miranda’s travels takes her far, and I was always on the edge of my seat to know where she would go next and who she would encounter.

The villains, the Editors, were really creepy and fascinating, and I really liked how absent they were; it made them so much creepier, and it was pretty scary how they were always just outside of your (and Miranda’s) line of vision. It made me feel hunted along with Miranda. And when they finally did show up, they had so much more of an impact. I also really liked the mystery about Miranda’s dad’s disappearance and death that hang over the entire story. And how it kicked things into motion in the beginning of the book.

5. Miranda for Queen!
Miranda herself deserves a whole section of her own, because here is an amazing main character with courage and willpower! The way her life is turned completely upside down and she still finds the strength to try and fix everything is so admirable, and I really cared about Miranda and what happened to her. She felt very real to me, and I was rooting for her to succeed throughout the entire book.

I also really liked her initial reaction to The Tailor’s quite frankly unbelievable explanation for everything that happens around her; she needs a little time to wrap her head around everything, but she also doesn’t shy away from the truth or the challenge once she realizes that she has to deal with it to get her family and friends back. I won’t spoil too much, but I also loved the ending, and the decisions she makes for herself. (So now you obviously have to read it to know what those are.) 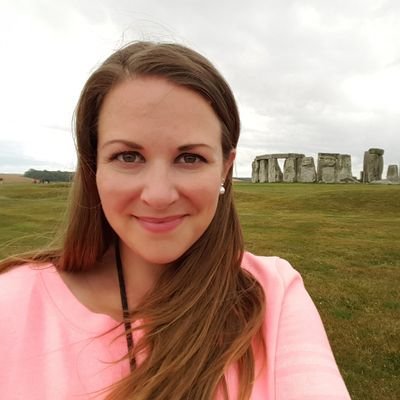 Since Joanna is so easily available to us, I of course took full advantage of that, and sent over some questions for her to answer!

Since you’ve gone into the Time Traveling business with Threadwalkers, we need to ask the classic question: to where and when would you travel, if you had the choice to go anywhere?
Oh wow, this is actually a really hard question. Do I only get one trip, or is it a multi-destination outing? If I only get one trip, I would like to (within a safe bubble where I can’t contaminate anything or pick up anything that might make me sick) see some dinosaurs! If I get to make multiple trips, then I’d like to peek in about once a century for the last 5,000 years of human civilization, all over the world. It would take a while, but how cool, right?
Miranda is very fascinated by Amelia Earhart (understandable!) What unsolved mysteries from history do you wish you could know more about?
I am also fascinated by Amelia Earhart! That’s a trait Miranda and I share. I love a good disappearance, or a really old unsolved murder. The Jack the Ripper case comes to mind, as does the really bizarre death of Edgar Allen Poe. Poe vanished for several days, then turned up very drunk and possibly drugged, and died without ever regaining clarity, so no-one knows exactly what happened to him! There are some interesting theories out there about it.
In the story Miranda comes into contact with all sorts of different time traveling jobs. Would you be a Tailor, Walker or a Librarian? Or would you be tempted to join the Editors?
Ooh, I’m not sure. I think I’d be a Walker! But I also really like the Librarian job. I love reading.
Writing a book such as Threadwailers is such an impressive feat! Do you have any advice for fellow Iggle writers?
My biggest advice is hand-me-down– persistence over perfection. Just don’t give up! Every time you make the attempt, you are learning and practicing and growing. I want to keep getting better, too. 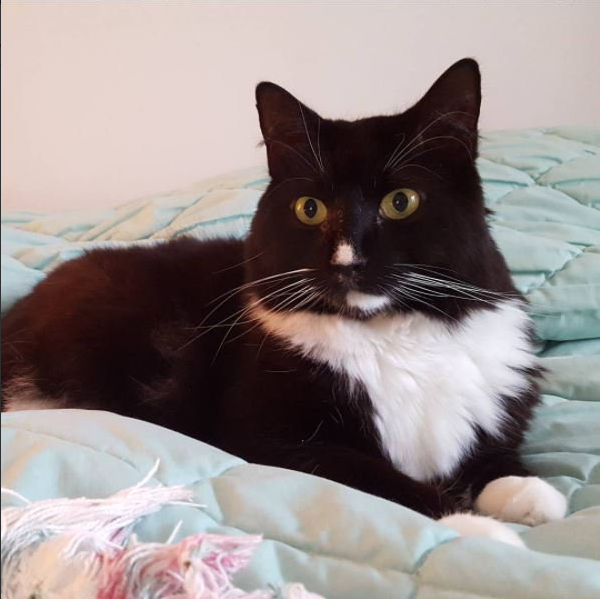 And the most important question: are Miranda’s cats Perkins and Polly secretly cross-over Gallifreyan Time Lords?
….I can neither confirm nor deny any Time Lord Cat status at the present time.

Is it a bird? Is it a plane? No, it’s a Threadwalkers giveaway! (open internationally!)

About the Author: Rosa

Rosa likes gingerbread, fantasy books and sweater weather. She is a Ravenclaw, but secretly wishes she was a Hufflepuff, because yellow and badgers and kitchen proximity. You should probably find her on Twitter @RosaSagas.