5 Films to Fill Your Halloween with Fright

Home/Halloween Party 2015, TV & Movies/5 Films to Fill Your Halloween with Fright
Previous Next

5 Films to Fill Your Halloween with Fright

Do you love movies that leave you shivering under a blanket and sleeping with the lights on? The kind of film that works your brain more than your gag reflex? Then this is the Halloween (or any time you want a good scare) watch list for you! Here are 5 films that will add a little fright to your Halloween. 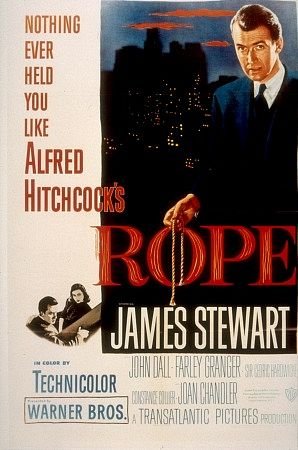 Though many people will cite The Birds or Rear Window when they talk about classic Alfred Hitchcock, Rope is a brilliant and lesser-known film that not only uses an experimental film technique to great affect, but also delivers on the suspense that you’d expect from the master of the genre. Rope was filmed in entirely a single shot, in real time, so that you are drawn into the events as they happen. The idea is that you experience it the way you would uncoiling a rope, going further and further until you reach the other end. This story will remind you of Poe’s The Tell-Tale Heart, and leave you wondering what your friends are really thinking when they invite you over to dinner. 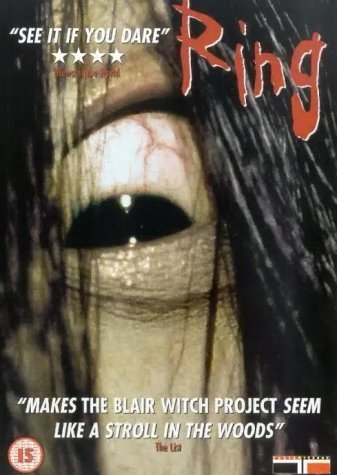 The first movie I saw as an adult that rekindled my childhood under-the-bed fears, Ringu is the Japanese film upon which The Ring was based. The original story is from a Japanese horror novel published in 1991, also called Ringu. While the plot remains similar across the versions of the story, something about the way the first film is produced hits a much higher scare factor than the American version from 2002. I think it really epitomizes the more classic elements of suspense and horror with minimal sound and very little actually shown on screen, leaving your own imagination to fill in the rest. This film captures the way you feel when it’s like something is looking through the window at you, but you can’t see what it is. This is the definition of nightmare fuel. 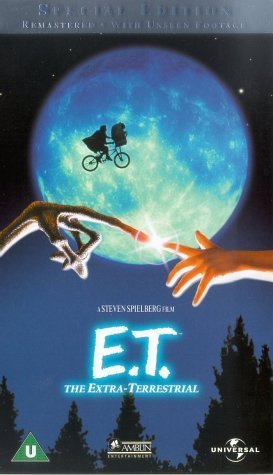 I know, I know. This one isn’t a typical horror movie. In fact, many people consider it an endearing and nostalgic bit of their childhood. I do not. ET: The Extra-Terrestrial was one of the first movies to ever truly terrify me as a child, and with good reason. There’s a scary looking alien following a child around and hiding in the bedroom in the pile of plushies. As a pile-of-plushies sort of kid, I was with Drew Barrymore on that first reaction– AAAHHH! I don’t care how old I get, I cannot understand why people think ET is so cute. On top of that, you’ve got the biohazard containment team roping off the house, the main characters nearly die, and they are being chased the entire time by large people in white clean-suits. It’s a pretty scary one. 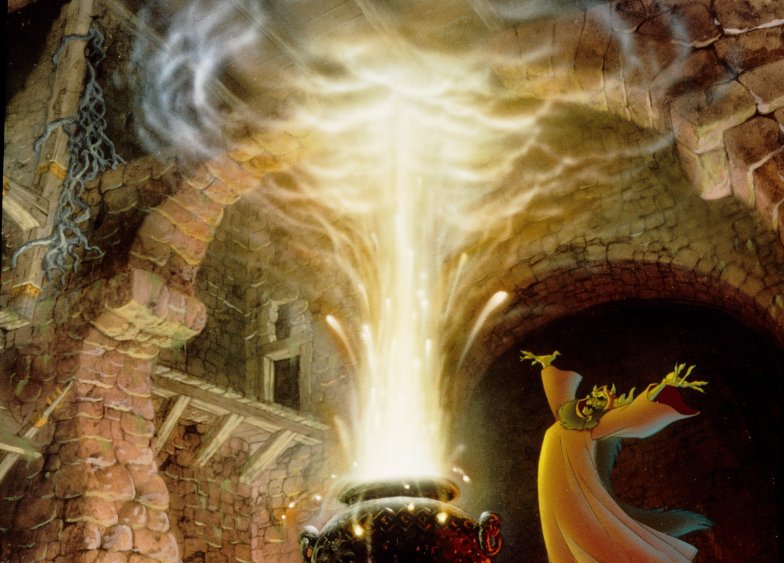 Produced just four short years before The Little Mermaid kicked off the Disney renaissance, this animated film is actually quite creepy, even for the darker tone of the studio at the time. Based on the Newbery Medal-winning second book of The Chronicles of Prydain series by Lloyd Alexander, The Black Cauldron features a hellish army made of stolen bodies being raised out of a giant, magical cauldron by the evil Arawn. This is years before You-Know-Who did it in the Harry Potter series. The story also features a lost princess, a mysterious spellbook, and a race to save a kingdom. If this was remade as a Studio Ghibli, it would be a blockbuster. Best watched late at night when the younger kids have gone to bed, this one will give you a glimpse into the darker side of Disney. (As a side note, all of the posters for this one look entirely too cheerful for what the story really is. Just look at Arawn up there. You get the idea.) 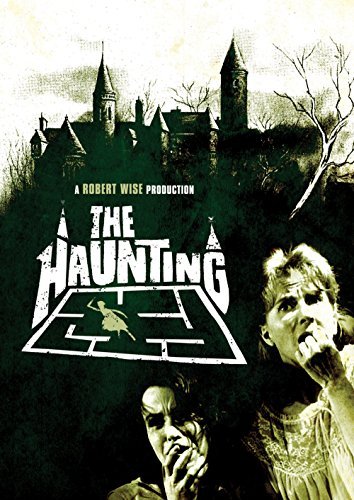 Based on the book The Haunting of Hill House by Shirley Jackson, The Haunting is an old school creep-fest. The 90s remake just doesn’t have the same scare factor, as most of this film relied on practical effects or even nothing at all, leaving the vast majority of the scaring up to your own imagination. Artfully employing the “less is more” principle, The Haunting takes you into a psychologically dark space where things may or may not be what they seem and where anything or anyone might be lurking, just out of sight, or just behind the not-as-closed-as-you-thought door.

So that’s my list! What are some of your go-to Halloween movies? Tell us in the comments below!