Throughout this year, my partner and I have challenged ourselves to play two games each week without ever repeating a game. With a growing game collection and limited time to just be friends (separate from being employed adults, parents, etc.), we were seeking a way to play together more and thus was born…104 games in 52 weeks. Welcome to the table! Here’s what we played in July! 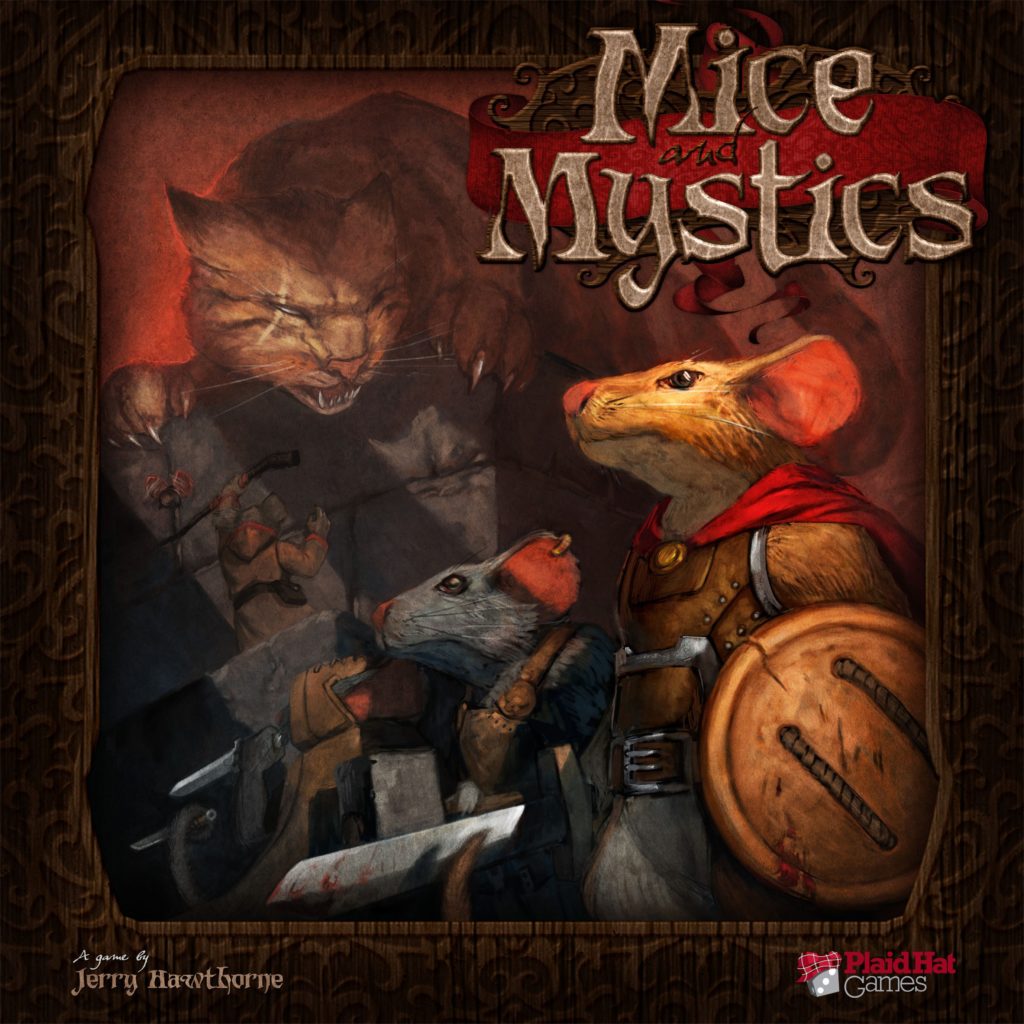 Mice & Mystics is a cooperative dungeon crawl, in which a storybook will guide your small band of mice through a series of adventures, each part of the quest its own chapter in the book. Once human in form, the prince, the smith, a wizard, and the healer, have realized their king is being controlled and threatened by an enchantress. To escape today and fight tomorrow, the group has used magic to become mice – small, insignificant creatures that will slip through the castle unnoticed (just kidding, they totally get noticed). Be prepared to treat M&M like a D&D campaign, setting aside a few hours to play and perhaps scheduling out multiple evenings because chances are you will not complete your goal in the first go and, if you fail, you have to start back at the beginning of the story. Also, from a purely scientific point of view, I would love to see a Venn diagram of fans of Mice & Mystics and people who grew up reading Redwall.

This game is adorable and reminiscent of a Miyazaki film in all the right ways. The forest spirits, Ki, We, and Tin, are racing to the top of the tree to reach the sacred flower. Using leaves to catch the gusts, the spirits drift and float, each spirit moving in its own way. Other forces at play might upset this balancing act on the branches. Because this game’s tiles are randomly placed, each game is unique and it is easy to have multiple rematches in a single sitting. 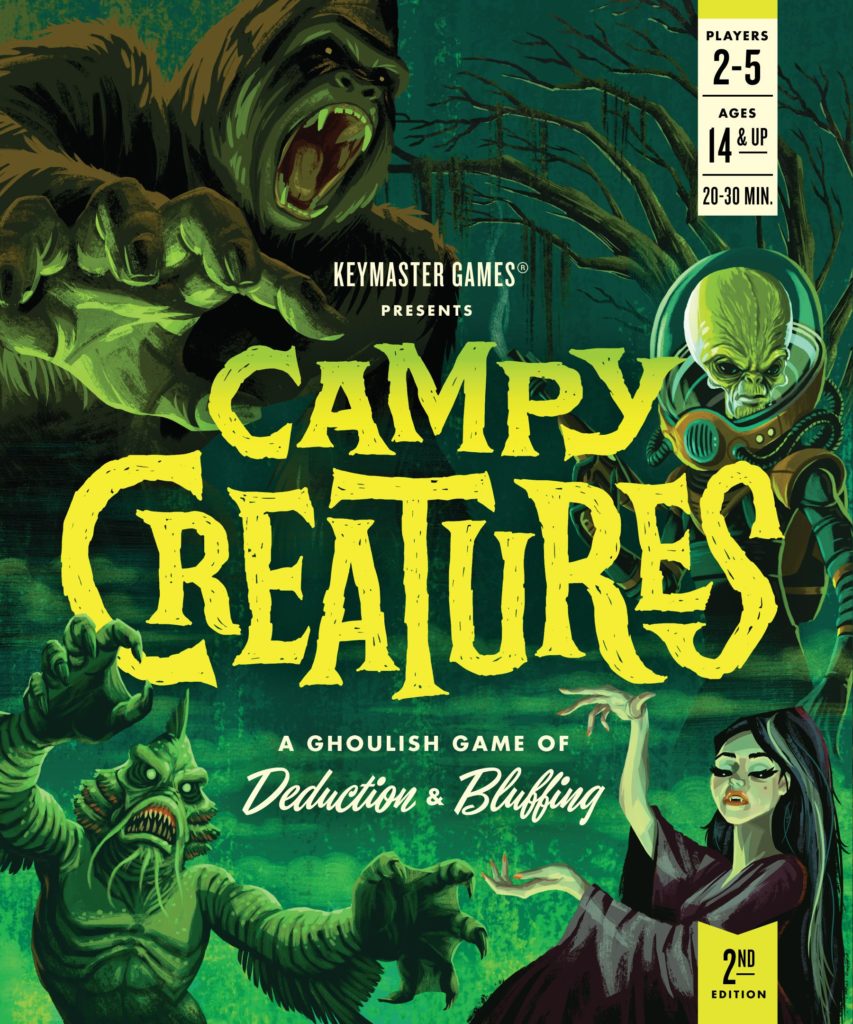 Practice your evil villain laugh because in Campy Creatures YOU, dear player, are a mad scientist. In need of mere mortals for your fiendish experiments, you have three nights in which to collect new victims. But why do it yourself when you have a stable of monstrous creations to do your bidding? Each creature has its strength and is sure to win out over the mortals but you must bluff, deceive, and overpower your competition’s monsters first!

Art has compelling powers over me and this game’s gothic pulp flair makes my heart flutter. It takes the crown this month because over and above its aesthetic, Campy Creatures is an engaging game that doesn’t trigger my analysis paralysis and was easy to grasp. It has JUST enough social deduction to make my INFJ powers of perception feel like a superpower. No, this game is not a sequel to the Iliad. The name is actually pronounced “Twa” and is named for a city in the Champagne region of France. As prominent families of Troyes, players will reenact four centuries of late medieval history, attempting to construct the cathedral, defending the city from attack, and building up the economy. We played this cooperative game during the time when wildfires were raging, quite literally, in the state of California in the U.S. It hit a little closer to home, as such. Players make up a team of wildfire fighters, each with a unique ability that will help them quench an expanding forest fire. Dice rolls will determine their effectiveness at protecting the tiles or reducing the flames but pushing the rolls too far will cause the fire to spread more rapidly. THis game was fast and challenging but fun…in a depressing, oh-this-happens-in-real-life sort of way. 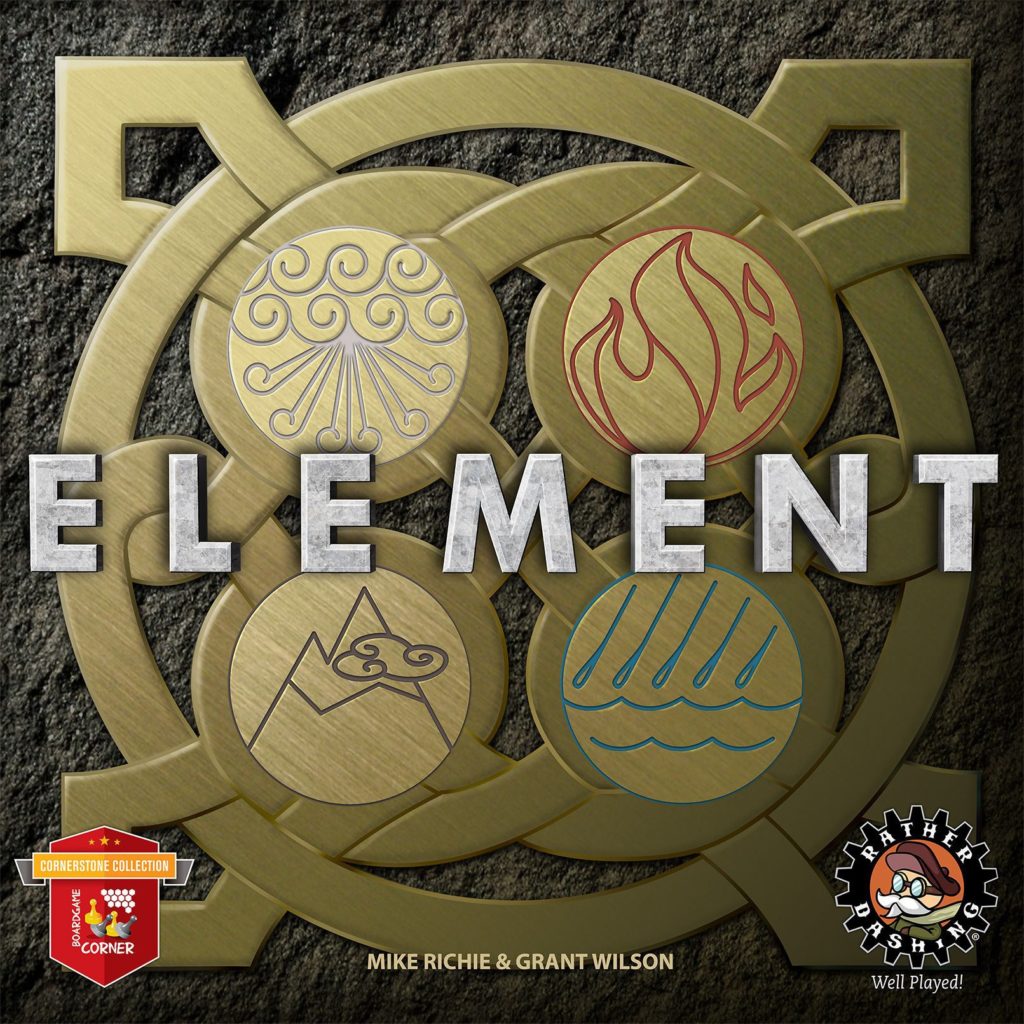 The wise sages of this game draw on the power of the four elements – fire, water, earth, and air – to entrap enemy sages. Walls of fire, winding rivers, and insurmountable ranges of stone may be used to encircle opponents and gusts of wind aid a sage in escaping a possible entrapment by jumping. This abstract game has a celtic feel to it with easily memorized rules and beautiful components. Villainous has been a family favorite since its release in 2018; we commonly bring it to family functions. In this game, each player takes on the role of an infamous Disney villain. In the base game players may choose from the sea-witch Ursula, Maleficent, Captain Hook, Jafar, Prince John, or the Queen of Hearts. Each character has their own victory conditions and, while attempting to complete their own, must strive to keep their opponents from achieving their objectives. This year’s expansions include the Wicked to the Core box which introduces the Evil Queen from Snow White, Hades, and Dr. Facilier and the Evil Comes Prepared box which includes Scar, Yzma, and Ratigan from The Great Mouse Detective. It’s never felt so good to be bad! This is a variant of the cooperative board game Pandemic. In this version, the Roman Empire has stretched over 200 square miles of territory. A strained economy and weakened military has left the empire vulnerable to attack from outside invaders. Players must come together to shore up military strongholds, recruit new forces, and forge alliances to stave off attacks. The card matching element of this game reminded me a titch of Ticket to Ride but is only a small part of the larger mechanics.

What game are you most interested in this month? Did you know you can follow the #104Gamesin52 on Instagram to see what we’re playing in real time?

Our August games are on their way soon!