In light of Pride season and current events, it’s the opportune time to reflect and identify out some of the best LGBTQ+ characters in geekdom. As the geek culture becomes more and more accepted in society, it has more and more of an influence on our society as a whole and how we perceive certain subgroups, such as women, non-caucasian ethnicities, or LGBTQ+ members. 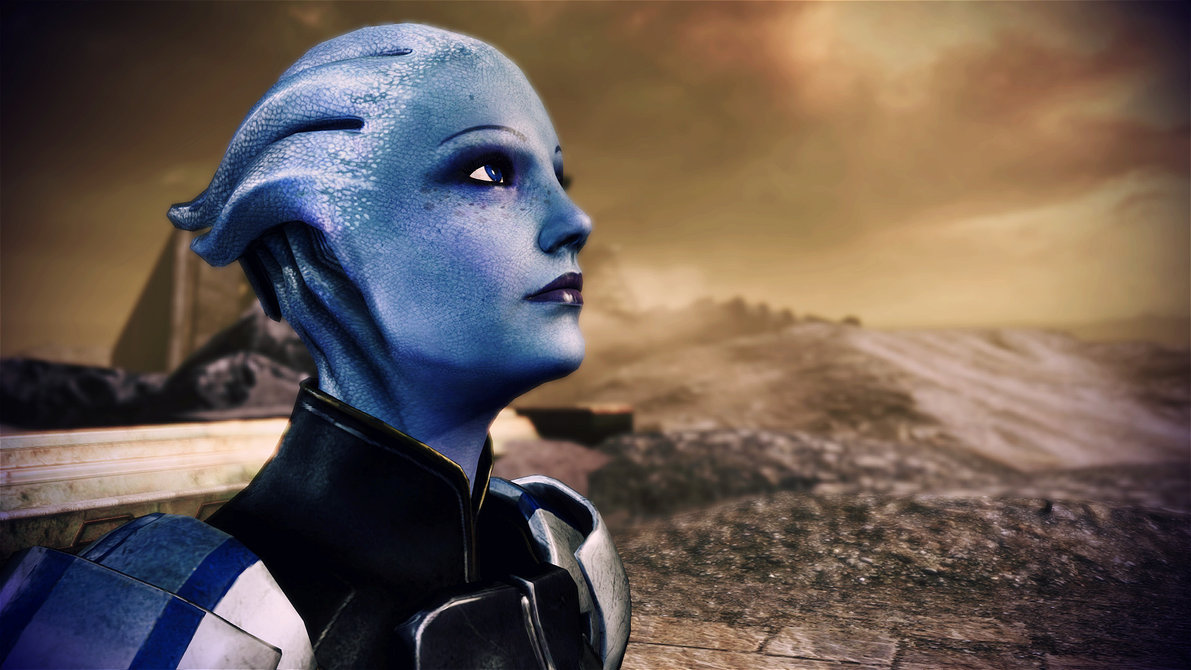 Liara T’soni from the Mass Effect series is a brilliant alien woman – and a bisexual! Liara is an asari, essentially a race of beautiful blue and purple women with tentacle hair. The entire race is bisexual (or pansexsual, depending on how one looks at it), because they don’t pass on their genes like humans do. Instead, they connect with their chosen partner by simply touching them and “melding”; essentially connecting their nervous systems and syncing them; the pair share memories and emotions while they are joined, and the partner’s (the “father’s”, though it does not have to be a male) genes are used to alter one of the two sets of genes that an asari gives her child. This is what makes Asari special, and as such there is a stigma against being an asari whose parents are both asari. It’s an interesting role reversal from the real world, and an interesting comment on how in our world, there’s a stigma against not marrying within one’s own race. Liara in particular is a beautiful, friendly woman with a lot to say and an instant attraction to the player character. Her sexuality isn’t argued in the game – it’s accepted as part of her race. She simply is. 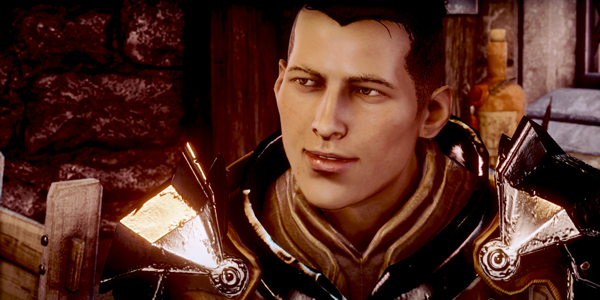 Cremisius “Krem” Aclassi from Dragon Age: Inquisition is a transgender man. When his father, a tailor, was ruined by a magister who was using slaves to make clothes, Krem joined the army. But, because the Tevinter army’s roles for women were limited – and in any event, Krem didn’t identify as a woman – he had to hide his nature by bribing those giving him physical examinations. This worked for a few years, but eventually the person giving physicals was replaced and Krem was turned over to the authorities. Seeing his only choice as running, he did – but was eventually cornered. When confronted, the Iron Bull, a mercenary band leader, saved him and lost an eye in the process. For Krem, being trans is an important part of his character, and it shaped him as a person. Yet, Bioware doesn’t use transgender stereotypes to identify Krem off the bat as transgender. In fact, a player might not even find out he is transgender unless they bother to have lengthy conversations with him during the game. His struggles clearly parallel some of the struggles and emotions that real-life transgender people often deal with in the process of coming out, and he’s exactly the kind of representation that the world needs. KORRA – AVATAR: THE LEGEND OF KORRA

Avatar Korra from the series Avatar: The Legend of Korra (the follow up series to Avatar: The Last Airbender) is confirmed, by the end of the show, to be bisexual. While over the course of the show she is only shown with a male boyfriend, namely Mako, she is never confirmed to be solely straight. A blooming friendship with Mako’s ex-girlfriend and eventually friend Asami leads to a very tight bond between the two. What some identified as sister-hood, others saw as clear love. At the end of the series, Korra and Asami take a vacation together to get away from the chaos of the world for the bit, and choose to enter the spirit world, a different realm than the human world and one almost entirely populated by spirits, good and bad. They walk into the portal to this spirit world hand in hand, looking devotedly into each other’s eyes. When fans of the ship were ecstatic about this, those who shipped Korra and/or Asami with others were outraged and defensive, forcing the creators of the show to confirm that they did mean for this to confirm the “Korrasami” ship. It just goes to show that love prevails – even when you’re both the exes of the same guy – and that you really can never judge a book by its cover. 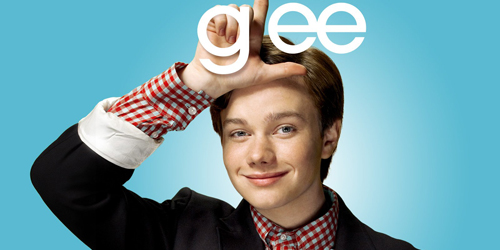 Kurt Hummel, featured in popular television show Glee, is the embodiment of gay man stereotypes. Interested in music and acting, as well as flamboyant clothing, cooking, keeping up with his appearances and other stereotypically feminine things, Kurt struggles with his sexuality in his American high school. Though he eventually comes to terms with and embraces his sexuality, his problems are mimicked every day by real life boys and men. Unlike some of the other names on this list, Kurt has real-life relatable problems – he’s a character people of any gender could see themselves in. While it’s important to know that not all gay people are the same, and that stereotypes about gays (or any minority group, honestly) are not always accurate, it’s also important to learn to embrace who you are, even if others toss all of the negativity in the world on you. Supernatural‘s Charlie is played by renowned geeking woman, Felicia Day. In the show, Charlie mimics the actress, being a geeky computer genius. Charlie is met by the two protagonists of Supernatural, Sam and Dean, when she gains access to the files containing crucial information for the main antagonists of the season – who Charlie happens to work for. Charlie is a lesbian, a fact that the viewers don’t discover until she helps out Dean and Sam, who tell her to flirt with a security guard to gain access to a room that they need her in. She can’t, because she has no idea how to flirt with men – forcing Dean to lead her through it. When so many characters being bisexual, either because something wants to be inclusive but has already identified a certain character as being attracted to the opposite sex or to pander to both sides of the spectrum, outright simply gay characters can be rarer. Charlie is a nice change, not to mention being a fabulous representation of geeky women in real life. Could we expect anything less from Felicia Day?

Jack Harkness from Doctor Who and Torchwood is an awful flirt; almost anyone he meets he flirts with, to the point where he can say only “hello” to someone before the protagonist of the show, the Doctor, tells him to quit flirting. When Jack protests, the Doctor claims that for Jack, that is flirting. Jack is a man who, through a number of bizarre circumstances leading to being brought back to life with incredible powers, cannot die. Due to this, the man himself comments on his love life with “If you went through my back catalogue, we’d be here ’til the sun exploded”. He’s been married several times, having romantic relationships with both men and women, even producing a daughter and eventually a grandson. Technically, Jack is pansexual, due to not only how he feels about human men and women, but because of the fact that he is attracted to members of other species as well. A pretty-boy, several gay/LGBTQ+ stereotypes could apply to Jack and be used as part of his character. In some aspects they are, such as his flamboyance, but other times not – seen in his clothing preference. Jack is an exploration of the person beyond the stereotype, having several intense and emotional moments in both shows that wouldn’t happen in a character used simply for comic relief, or one they didn’t’ take seriously. Not to mention that he’s a representation of a not-so-well-known sexuality, and there’s little to no mocking regarding it. Jack Harkness is *human*, not simply his sexuality. Perhaps the least obvious LGBTQ+ member on this list, Oaken is the “Yoo-Hoo, Big Summer Blowout!” guy from the beginning of Frozen. If you only watched the movie once, you might be confused about why he’s making an appearance here. That would probably be because you didn’t notice that when Oaken refers to his family in the movie, the scene cuts to a short shot of Oaken’s family; a man surrounded by four children. This is the kind of representation that is subtly changing the mindset of our populace; families and people in the background of movies and televisions shows and video games tend to be heterosexual relationships. While not inherently bad, it creates a heteronormality. Families like Oaken’s being depicted as normal and in the background shows how gay people really are just there, whethere we like it or not, and generally unobtrusively.

Have any favourites that were missed or overlooked? Leave them in the comments – every LGBTQ+ character is worth noting!

Our hearts go out to those affected by the tragic events in Orlando recently. As people in our societies, we have the power to work towards a better future, even if simply by supporting LGBTQ+ characters like the above when they appear in works of fiction and/or art. We can change the culture, because we are the culture.