As the year draws to a close, we look to the new; new resolutions, new challenges, a fresh page in your planner. So why not celebrate with a new-to-you film this New Year’s Eve? Count in the new year with the IGGPPC and a find a new year film that fits your playbill below! 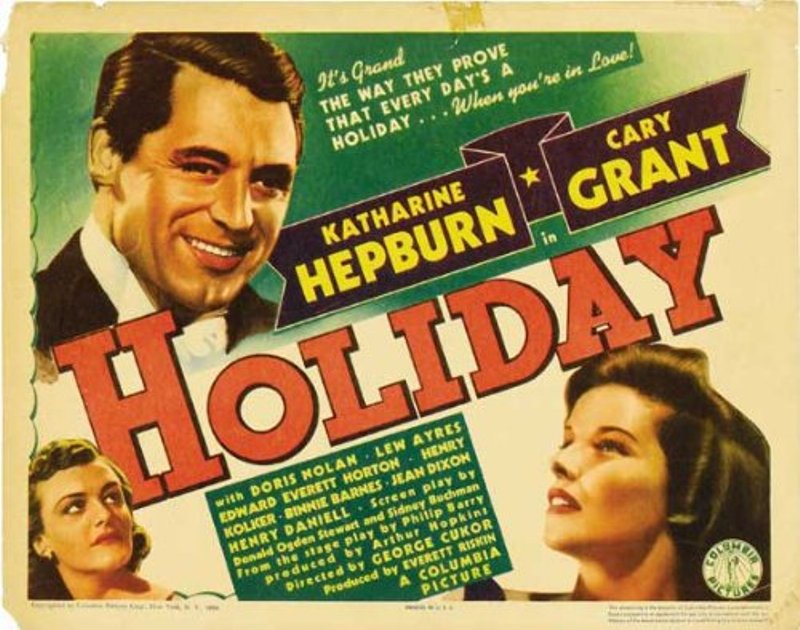 In the vernacular of the time, I think this film is accurately described as a “gas.” Linda Seton (Katharine Hepburn), daughter of a wealthy banker, is delighted to meet her sister’s fiancè, self-made man Johnny Case (Cary Grant). World-weary with work, Johnny has plans to marry Linda’s sister, Julia, and then retire for some time on a long holiday. It’s at the couple’s New Year’s Eve engagement party that Johnny realizes Julia doesn’t share his dream and Linda realizes she’s fallen in love with her sister’s intended. Hepburn & Grant are bubbly, witty, champagne personified and the perfect companions for a New Year romp. 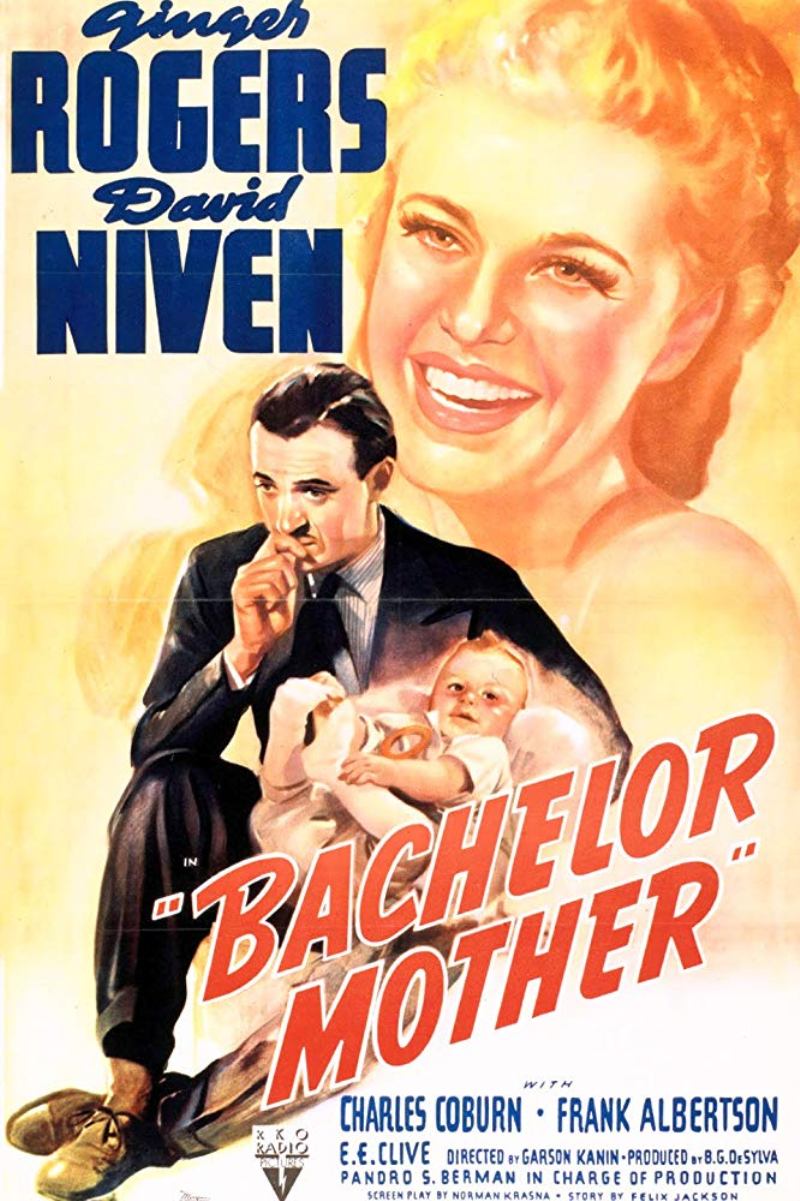 Ginger Rogers, a shop girl in a New York department store, finds herself the unwilling recipient of an orphaned child. Her employer (David Niven) and fate seem determined to make her into a mother, despite Rogers’ best efforts to off-load the child. The thread of misunderstandings, assumptions, and confusing morals can be a touch boggling but it is a hilarious New Year flick. 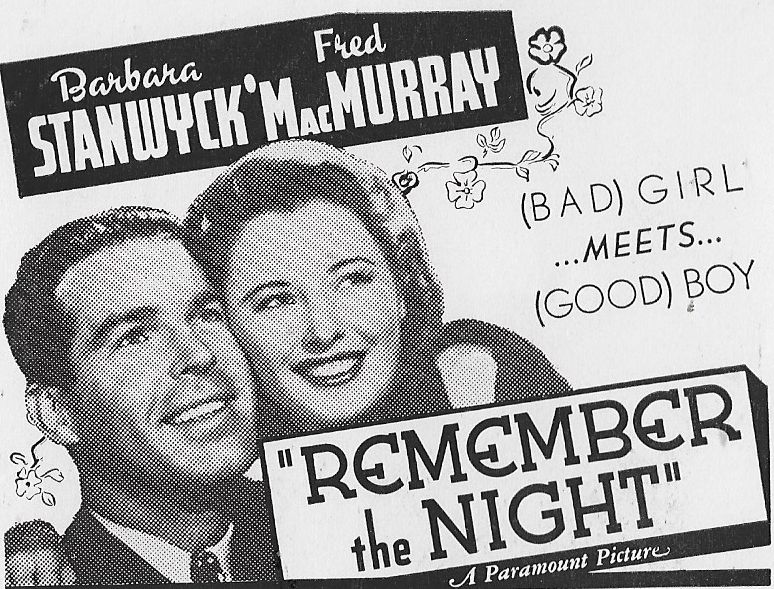 Bad girl Lee (Barbara Stanwyck) is arrested for theft prior to Christmas and district attorney Jack Sargeant (Fred MacMurray) manages to have the trial stalled, not wanting a jury swayed by holiday sentiment. But Jack’s own sentiments are touched when he learns Lee is from Indiana, like himself, and she’ll be spending Christmas in a jail cell. He manages to get her out on bond and offers to drop her off at her mother’s on his way home to Indiana. But their trip into the new year has more in store than Jack and Lee have bargained for. Jack Lemmon and Shirley MacLaine are a fantastic team in this second film for a NYE celebration. C.C. Baxter (Lemmon) has the perfect plan to get ahead in business by letting his apartment to company executives looking for a quiet place to take their mistresses. But his work ethic will be challenged when he finds out his crush, elevator operator Fran (MacLaine), is his boss’s date for New Year’s Eve. 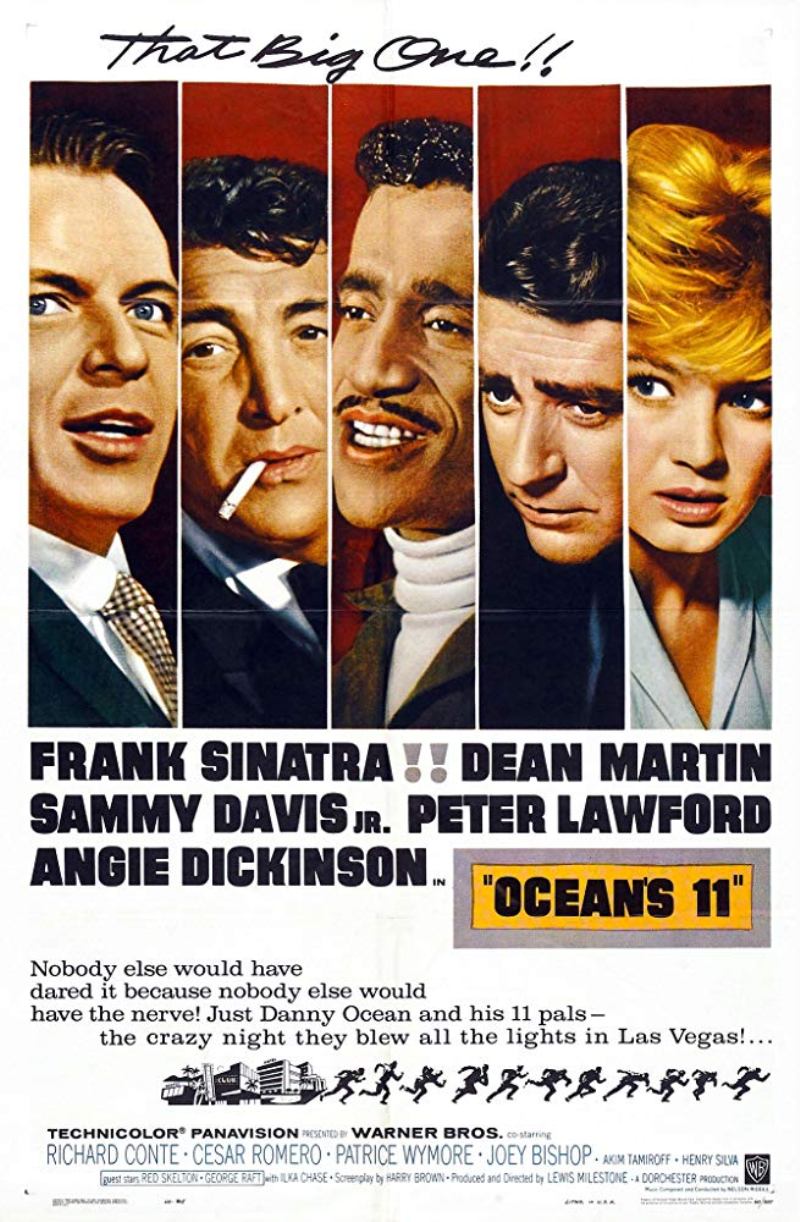 The original is arguably the flashiest of the Ocean’s 11 lot. You can’t go wrong with the full Rat Pack, Angie Dickinson, Las Vegas, and the greatest New Year’s Eve heist the world has ever seen. Danny Ocean (Frank Sinatra) calls up his buddies from the 82nd airborne to take on the challenge of robbing five Las Vegas casinos in a single night. Can they pull it off? 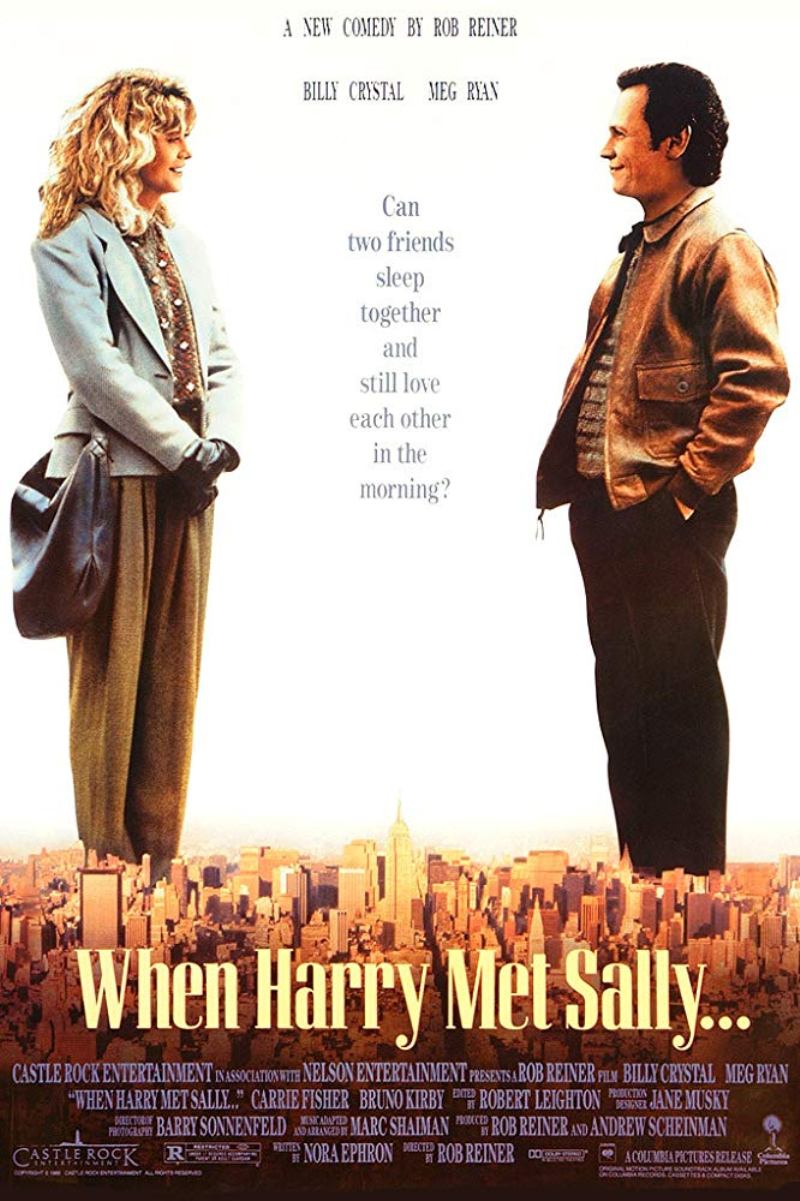 This film covers a number of years and a panorama of seasons but the kiss, THE kiss, takes place at a New Year’s Eve party. Harry (Billy Crystal) and Sally (Meg Ryan) are college acquaintances whose paths cross at key moments over a decade in New York City. Together and apart, Harry & Sally struggle with the eternal question: can a man and a woman just be friends? 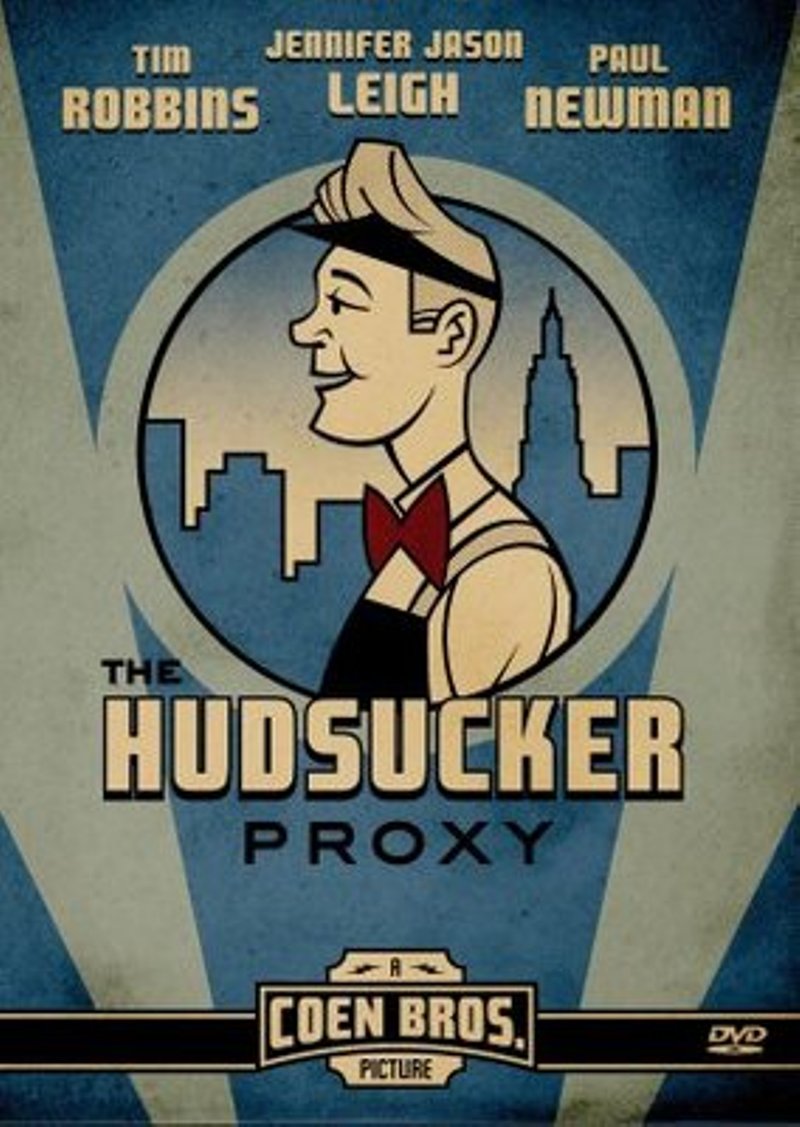 This is arguably the best Coen brothers film you’ve never heard of. In 1958, fresh-faced Norville (Tim Robbins) has just arrived in New York City and started work as a mailroom clerk at Hudsucker Industries. But the future of this company seems to be in danger when the Hudsucker founder & president commits suicide. Norville is made the unwitting participant of a company takeover by the board of directors, the outcome of which will be decided on the eve of the 1959 new year. 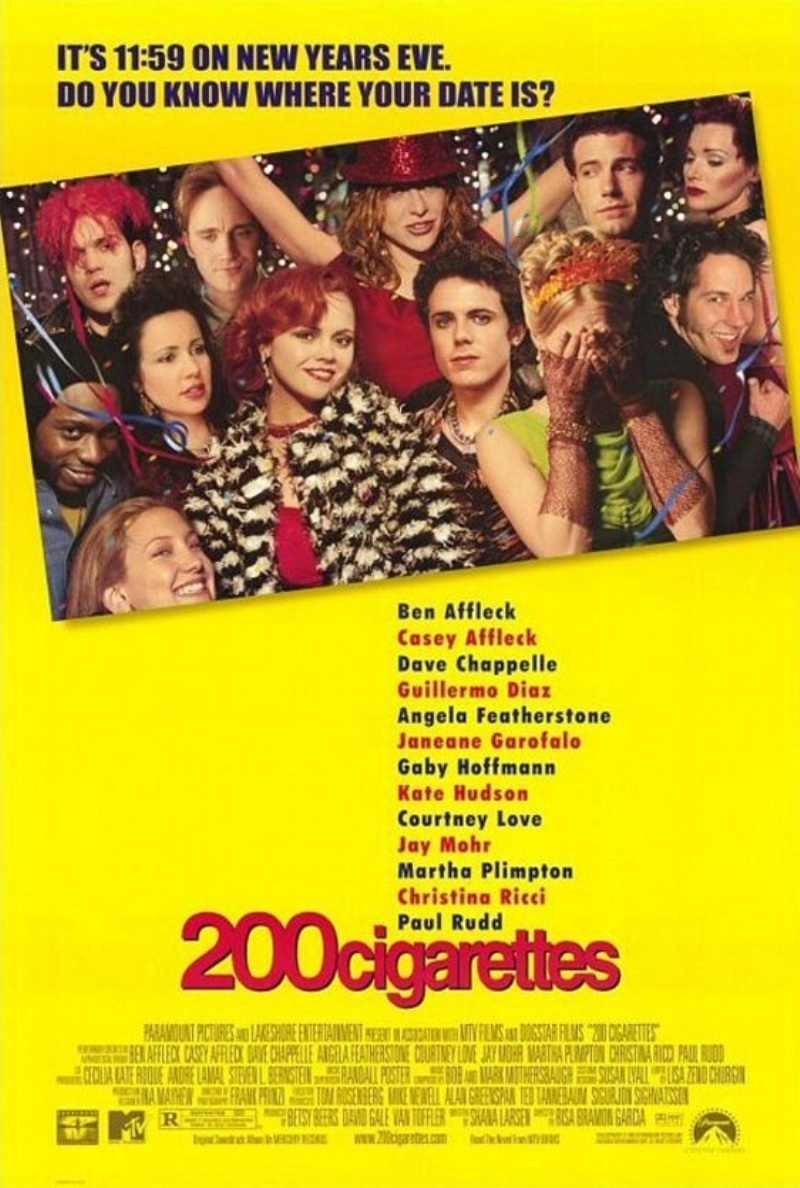 Chances are you know everyone in this film, it’s a veritable who’s who of late ‘90s stars. The film is set on New Year’s Eve 1981 and Monica (Martha Plimpton) is hosting a NYC NYE party. The film follows the exploits and mischances of Monica’s guests as they attempt to reach her party. Weaving a common thread through the chaos is the cab driver (Dave Chappelle) who delivers the guests from one happenstance to the next. 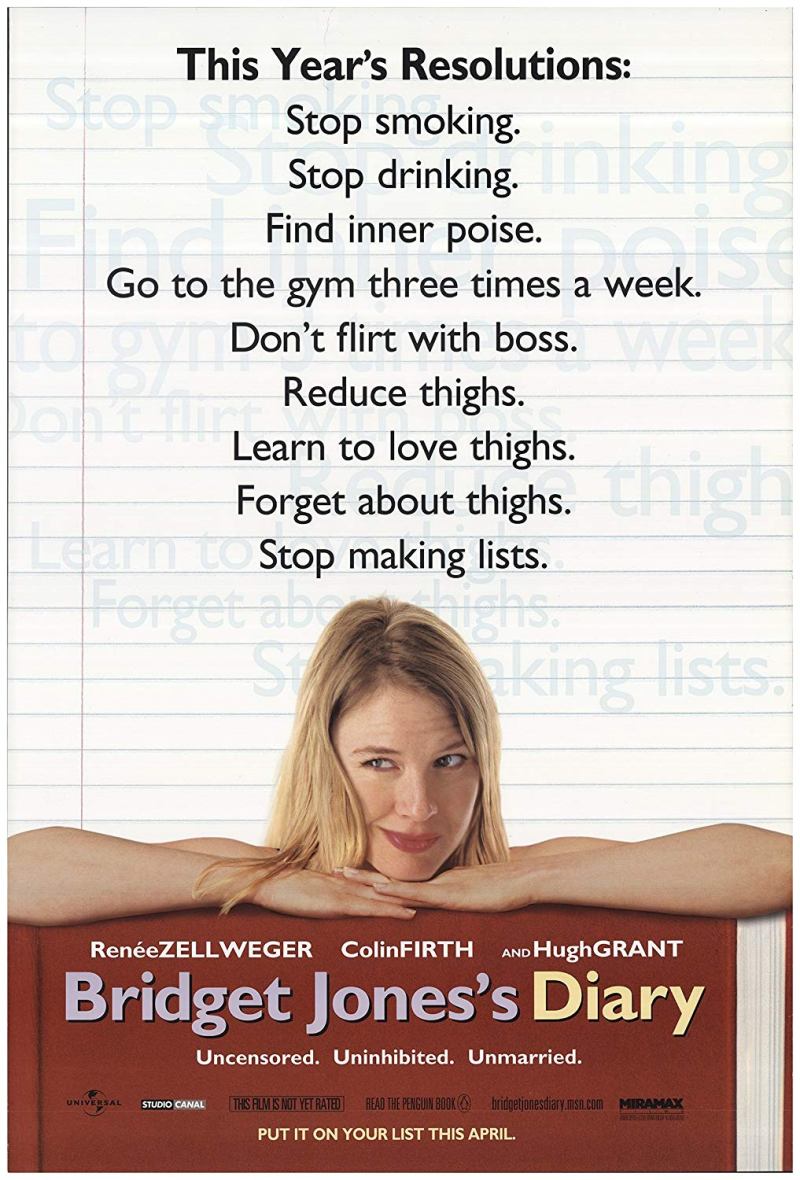 A book first, Bridget Jones’s Diary is a loose adaptation of Jane Austen’s Pride & Prejudice. Bridget (Renee Zellweger) , a perpetually single 32 year old, starts the new year with a new diary and a slate of resolutions, including quitting smoking and finding Mr. Right. Over the next year, Bridget’s diary keeps us informed on her relationships, her tragedies, and her triumphs. In one of cinema’s most perfect meta-moments the Mr. Darcy character, named Mark Darcy, is played by Colin Firth, who also played the role of Fitzwilliam Darcy in the BBC’s 1995 Pride & Prejudice mini-series. 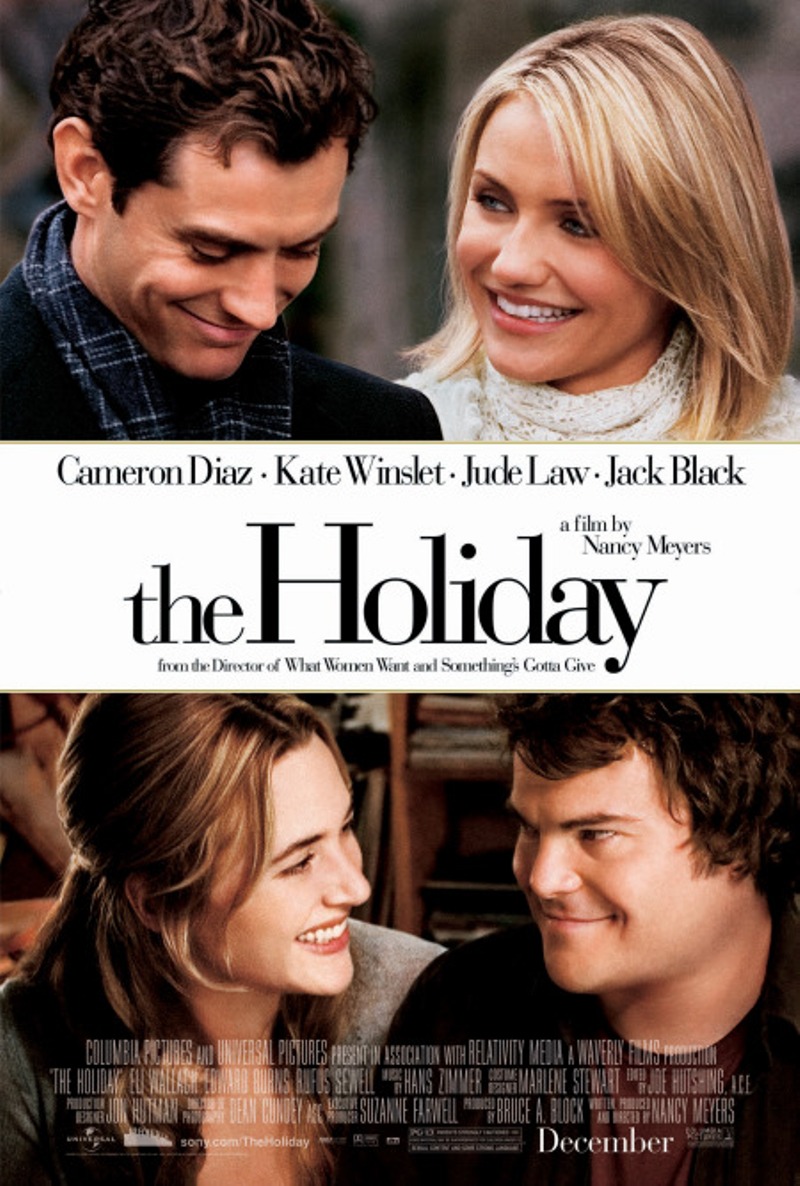 Another film that transpires over the Christmas and New Year season, The Holiday follows two intersecting plots. Iris (Kate Winslet) is a columnist in London, whose unrequited love has recently gotten engaged. Amanda, a Californian film executive, has just learned her long-time boyfriend has been cheating on her. Both women are seeking a change of scenery for their holiday and arrange to house swap via a home-sharing website. While romance is the name of the genre and there’s plenty to be had, The Holiday is also just a breath of healthy, fresh air. Iris’ story is particularly heartening as she finds her own brand of “gumption.” 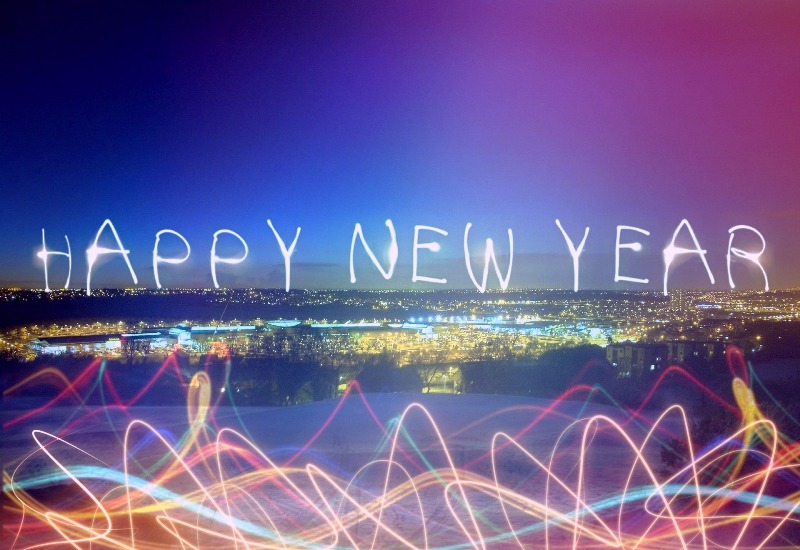 Will one of these films help you ring in the new year? Let us know your plans in the comments below! Here’s to a fantastic 2019, Iggles! We look forward to more films with you!