This review is late. It’s not late because I didn’t see it until now (I went Friday), but because it’s taken me this long to muster up the gumption to actually tell you about it. If you want the tl;dr version, it’s this: Transformers: Age of Extinction is exceedingly long, messily edited, and (as typical of Michael Bay movies), lacks any significant plot or character development. If you loved the other three flicks in this franchise, you’ll probably like this one… mostly. But even my action-movies-all-the-time SO, who isn’t as plot-picky as I am, commented that the action scenes were so long as to become boring. So take it with that large grain of salt, and we’ll get down into the details below.

Transformers 4 (no matter how much they call this a reboot, it’s within the continuity, so simply the fourth movie in the franchise), opens five years after the events of Transformers 3, in which they pretty much leveled Chicago for no good reason other than apparently New York had taken enough of a pounding from Spider-Man’s nemeses lately. There is a secret government task force playing a Seek and Destroy game with the remaining “alien threat” (forgetting, apparently, their alliance with the Autobots), all while using the alien technology gained to fuel the R&D division of a creepy tech company. Really they are turning out “improved” versions of the Autobots (or so they think), made to be controlled by humans. 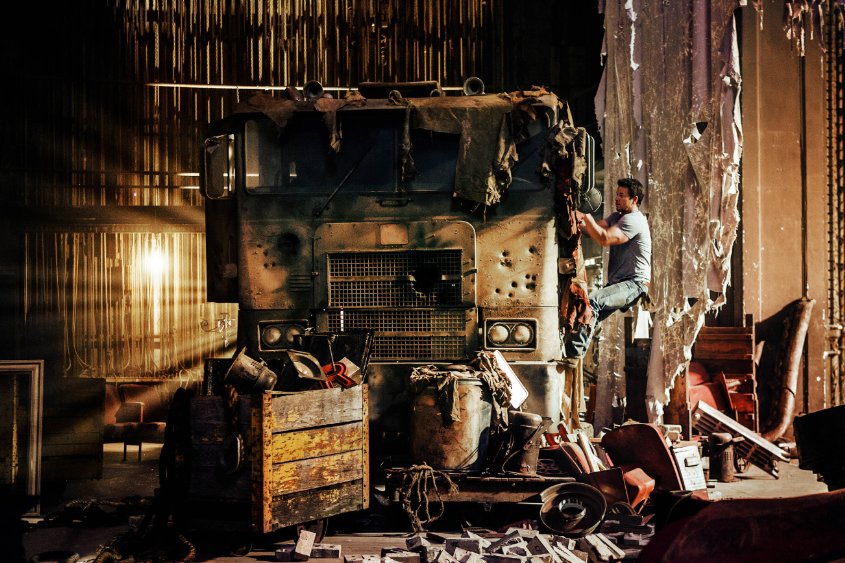 In the meantime in Texas, a widower inventor named Cade Yeager (Mark Wahlberg) and his daughter Tessa (Nicola Peltz) end up with a weirdly beaten up truck. You can see where this is going, right? Yeager fixes up the truck that turns out to be Optimus Prime, and then the government descends on him as a traitor, accusing him of trading human lives for alien ones. Then they blow up his house. Cade and Tessa go on the run with Tessa’s boyfriend, Shane (Jack Reynor), and are hauled by Optimus Prime into a long, convoluted trip that takes them first back to Chicago and then to Hong Kong. All this is in an effort to stop a “seed” (aka a giant alien bomb) being released and allowing the Decepticons to rebuild and take over the Earth.

Honestly, this movie felt like a couple of different scripts had been cut apart and shoved together because neither one really worked as a complete piece on its own. There is an odd opening scene in “The Arctic” where a team discovers a frozen metal dinosaur, and then it’s never mentioned again until the last (of how many, I lost count) battle when these giant robot dinos appear again. There are too many characters with too little to do, and though Kelsey Grammar does a decent job making CIA creep Harold Attinger a worthy threat, really there are simply too many moving parts. For instance, there is a Transformer who wants to capture Optimus for Reasons, working with Attinger, who has another coworker named… you know what? I don’t even remember, and I can’t pick him out of the cast list. I think that explains enough. 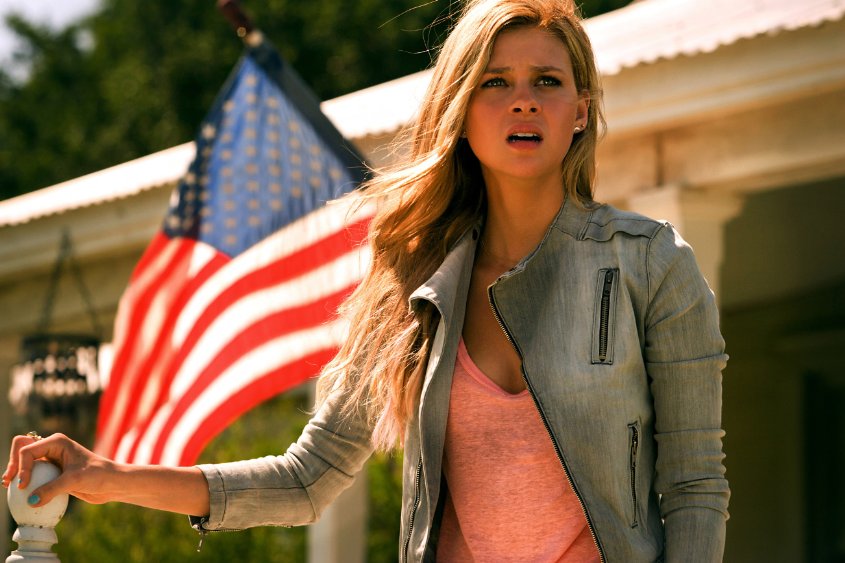 In terms of female characters, well… There are three. One is superfluous (a scientist who appears randomly and never actually accomplishes anything plot related), one is a stereotype (I can’t even begin with this one), and one (Tessa) is a device to create tension and then bonding between the male characters. I’ve seen other reviewers describe Tessa as a hero, but really all she does is get tossed around so she can scream, and get fought over (she is the Female That Must Be Protected) by her father and boyfriend. I was frustrated by her the entire time, as she exists simply as a stand-in for Male Heroics (not to mention the usual Male Gaze views we get of her).

As far as the running time goes, at 2 hours and 45 minutes, it could have lost an entire hour in the middle with no detriment (and possibly with great gain). In all honesty, if you took a dinner break during the portion where they are in Chicago (which has been somehow rebuilt to look exactly like it did before the last time it was flattened), you wouldn’t be missing anything.

For all of that, this movie is visually stunning. Though the battle sequences are difficult to follow at best, and run entirely too long, they are very well animated. I like the upgraded facial articulation for the Transformers, and the new transformation method used by the “invented” robots. This allowed for some entertaining asides, but many missed opportunities; there’s a funny My Little Pony reference, for instance, which is of course another popular Hasbro property, but we never get to see the new-technology-using bots transform into anything but vehicles. 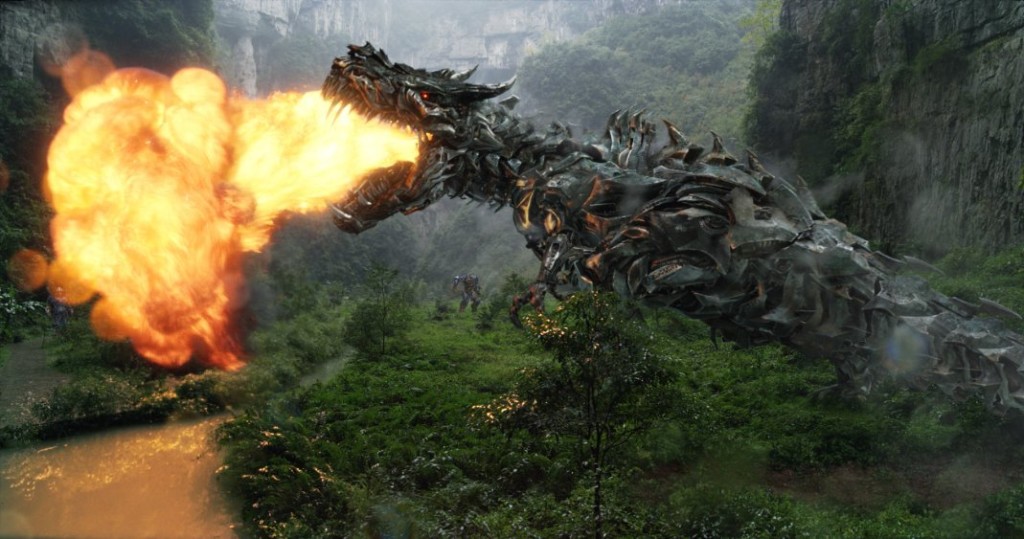 I also enjoyed seeing Optimus and the other Autobots riding on the dinosaur Transformers, our favorite Prime swinging a giant sword overhead as he fights for…whatever it is he’s fighting for this time. Why are the dinosaurs suddenly there? Product placement. And because they were a cool toy in the 1980s. Still, they were my favorite part of the movie. Weirdly, though, these Transformer dinos are “set free” to roam around China after the battle…. they don’t seem to transform into anything BUT dinosaurs, so I’m not sure how they’re going to blend into the environment. All I can think is that the next Godzilla movie might be a little more robot-based…