May the 4th Be With You – Star Wars: The Old Republic Review

Home/Gaming, Reviews, Video Games/May the 4th Be With You – Star Wars: The Old Republic Review
Previous Next

May the 4th Be With You – Star Wars: The Old Republic Review

On May the 4th we celebrate Star Wars and the wonderful adventures it has taken us on! Many of us may watch the films back to back including The Force Awakens, others might dust off their collectibles and reposition them, play the games or read the books. Now, I understand that this all will likely take up the whole special day, I really do…I’m finding it hard to work a schedule that won’t dive into May the 5th, which doesn’t sound very Star Wars-y at all. However, I have a little gem for those who adore Star Wars and want nothing more than to be in that world, and those who love a good MMO. Star Wars: The Old Republic! 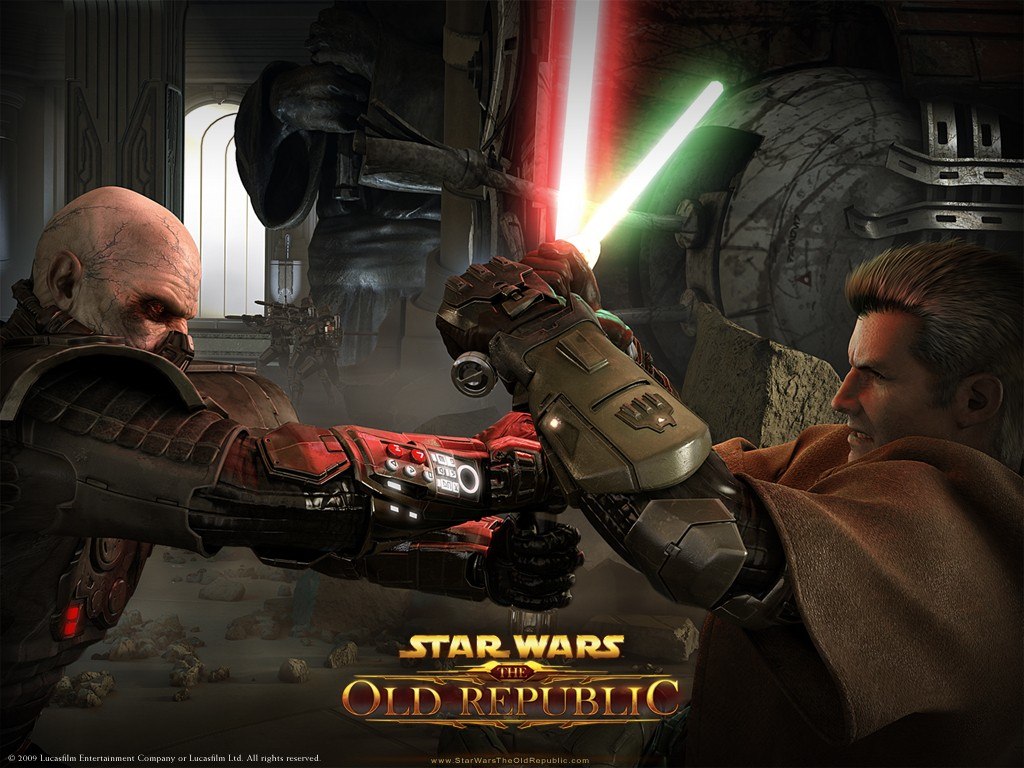 Star Wars: The Old Republic (SWTOR) takes place in the Star Wars Legends Fictional Universe, shortly after a kind of peace was established by the re-emergent Sith Empire and the Galactic Public. The timeline takes us back 3,600 years before the Star Wars Films! The game has a great story and puts you in place as a trainee in whatever role you wish to train in, and also which side! You can be Jedi, Sith Warrior, or maybe a Bounty Hunter or Trooper! Whatever takes your fancy, and the character designs are really in-depth and, honestly, I adored them and still do! You can also choose the race you wish to be, making it that much more in-depth and makes you feel you’re even more involved with the game. The mechanics of the game run similar to most MMO’s, but with the added decision making on your behalf when talking to NPC’s or deciding on what to do in certain situations, just like Mass Effect. Your decisions and wording will affect the way your story progresses as well as how your relationships with your crew develop. There are love interests too! And with each one, there are a number of cut scenes where you can increase the favour you have with each one, and once you complete their little story line you unlock perks for your account. Cool, right? It gives you extra incentive to follow up on your crew members.

Gameplay is similar to most MMO’s, you have your UI where you can view all of your options as well as your map and attack moves you’ve acquired. Graphically, SWTOR has a slightly graphic style with thick outlines, but nothing too imposing to make your character feel too unrealistic. The locations are pretty spot on, and the fact that you can walk into places that are now destroyed in the movies is rather haunting and gorgeous. I love spending a couple of minutes when I visit Korriban to visit the Sith Academy, and same goes for the Jedi Temple. You acquire a spaceship fairly early on that lets you travel to all of these wonderful locations. 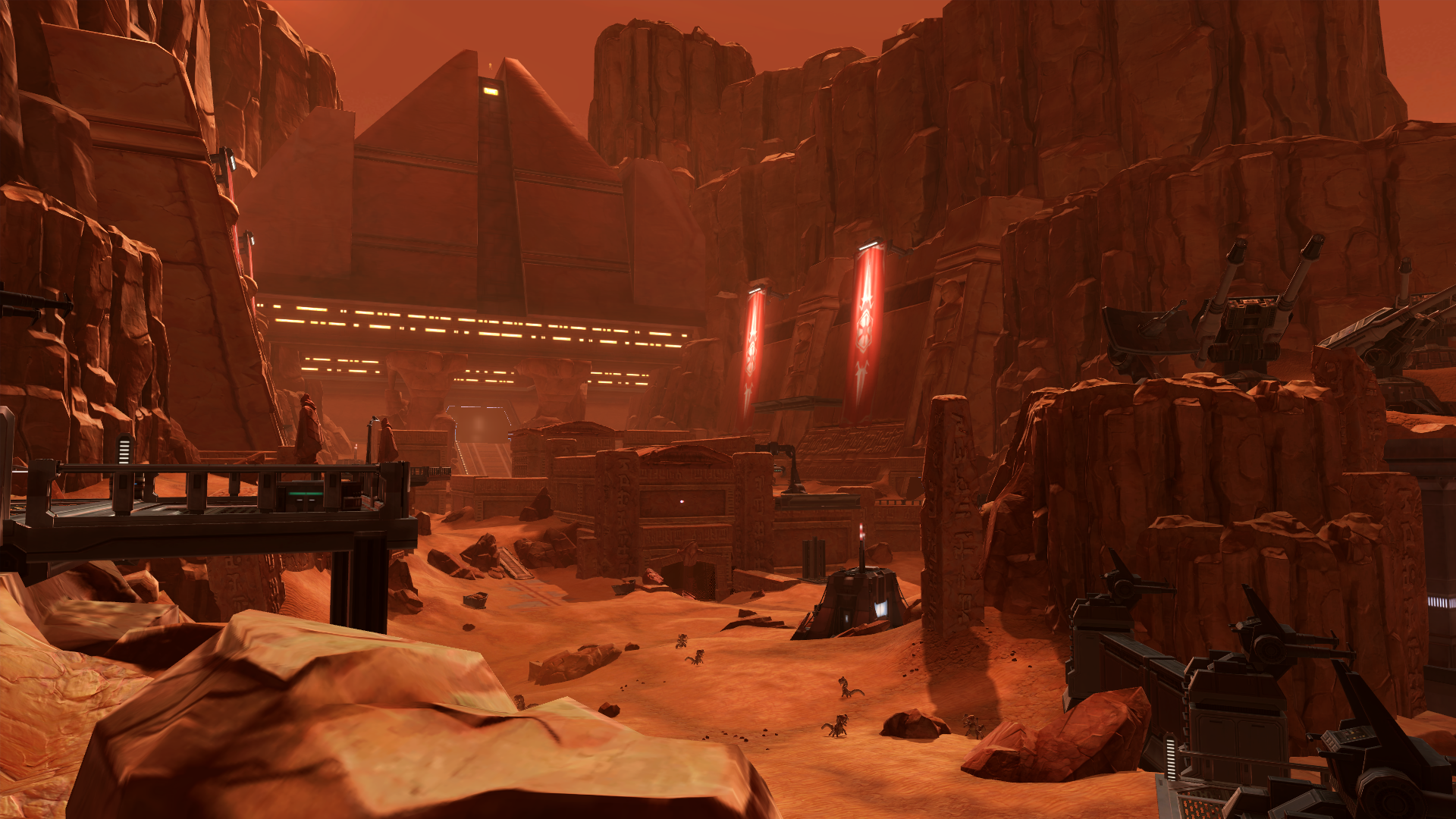 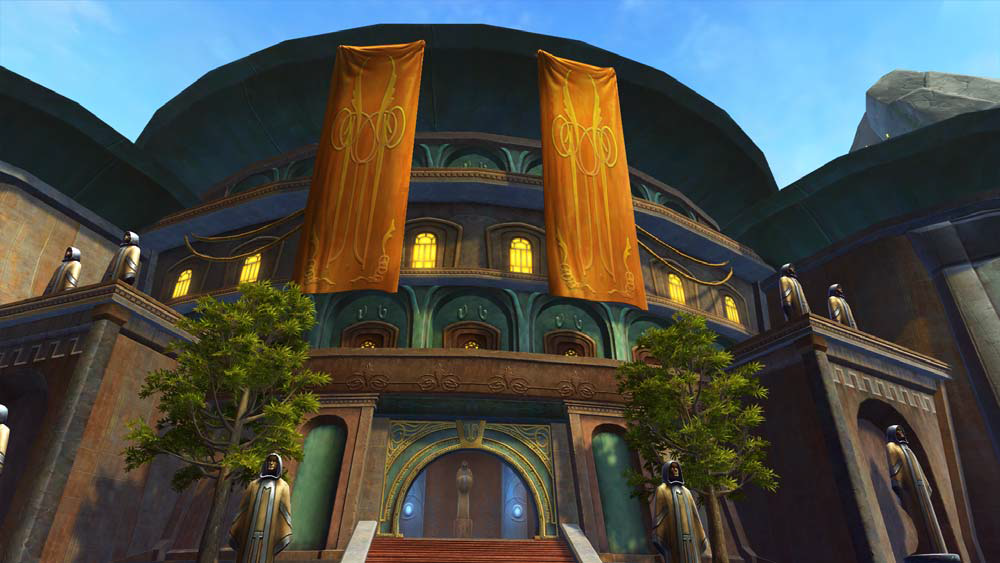 SWTOR has quite a big collection of mounts and armour sets, which can be acquired through packs you can purchase in the store or doing group quests (Like dungeons). Another aspect of the game I love is that you can be a little Tie Fighter or X-Wing and battle that way. There’s just so much to do!

The end game is getting decent weapons, parts for your weapons and armour, changing the colour of your Sabers, and getting the mounts and rare items, etc!

Overall, I just really love Star Wars: The Old Republic. It is a MUST play for any Star Wars fan and with the expansion, it’s becoming bigger and bigger and I don’t see it ending any time soon with all of the content they have to play with!

Do you play SWTOR? What is your character? How are you spending May the 4th?