There are a couple of favorite camp films that come up every year at IGGPPCamp – the 1998 Parent Trap, Addams Family Values, Wet Hot American Summer, Troop Beverly Hills, Friday the 13th – but all of these films are post-1980. As time marches on and we leave the 20th century behind, these films are entering the realm of classic film but, for this year’s Camp, let’s check out some older fare. Not all of these are strictly about summer camp but they do all feature camping…in one form or another. 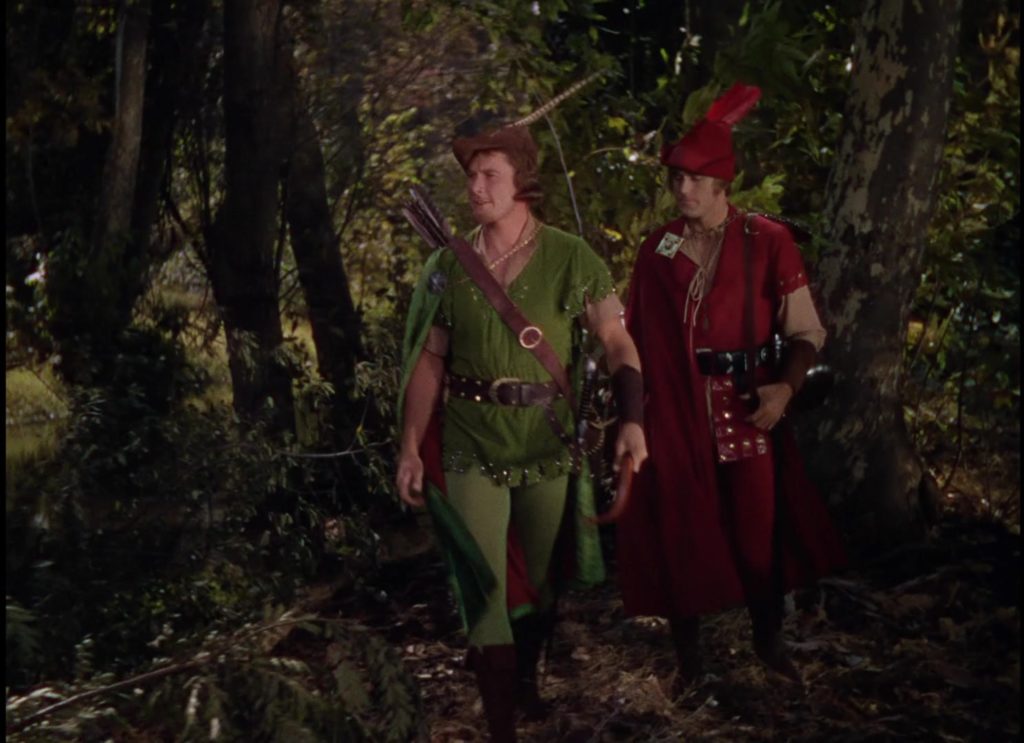 Errol Flynn swaggers into the role of legendary thief, Robin Hood, with a jaunty hat and a deep-chested laugh. Say what you will about the historic anomalies of this film, he remains my favorite human Robin Hood (the fox is always first, y’all). No, it’s not a summer camp movie in the strictest sense but Robin & his merry men make their makeshift home in Sherwood Forest. There’s even an outdoor feast when Maid Marian comes to visit/is kidnapped. 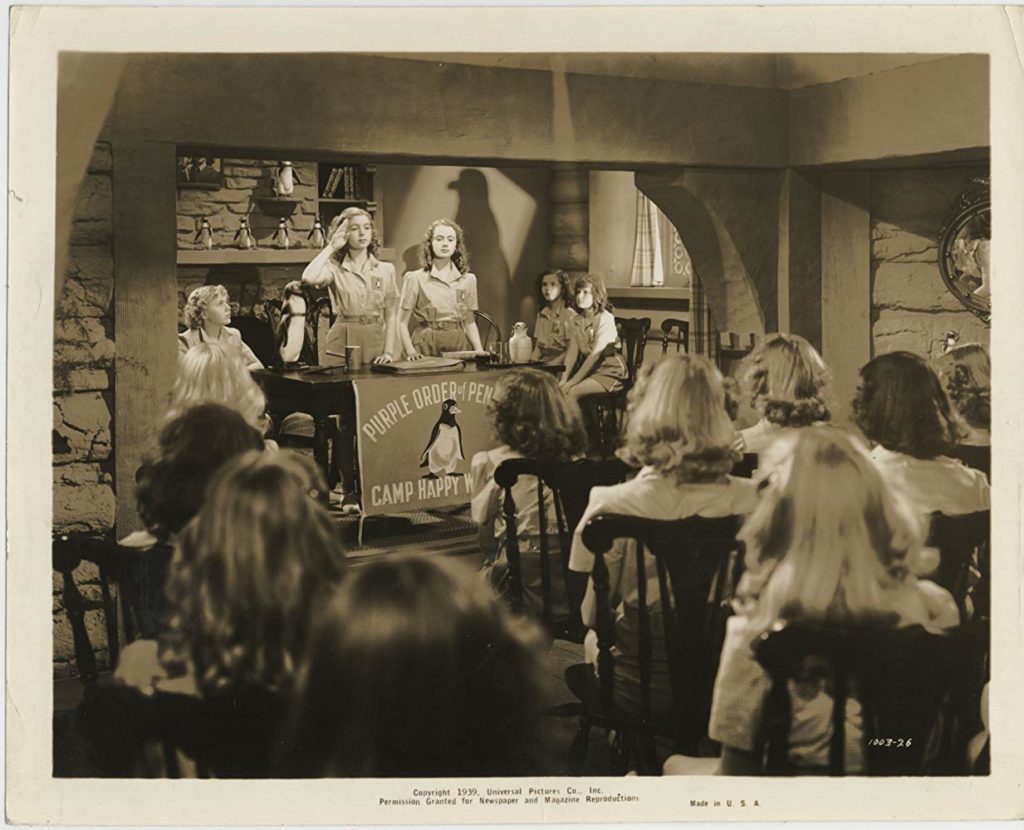 Full disclosure, I typically exclusively choose films that I have seen. I have never seen this movie. I’d never even heard of this movie. However, it is one of the earliest examples I can find of a youth summer camp in film. A young girl from a family of limited means has the opportunity to attend a summer camp for wealthy young girls. She’s bullied for being poor but manages to win over her companions and join their elite club – The Purple Order of Penguins. 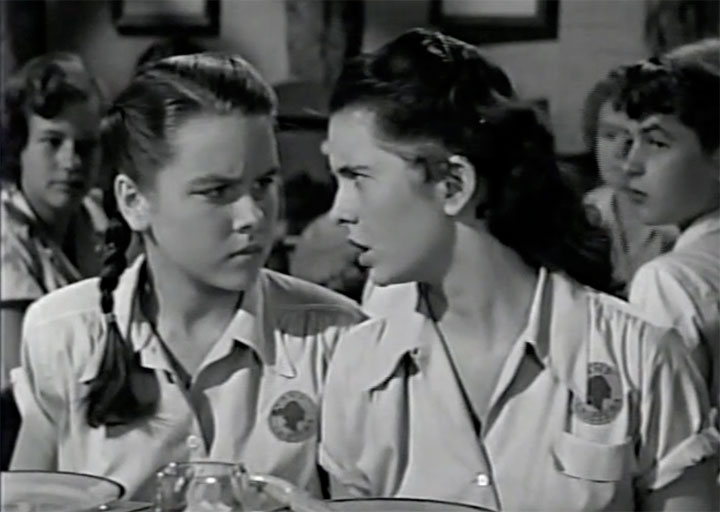 If you watch classic films at all chances are you’ve come across the child actress Margaret O’Brien (Meet Me in St. Louis, Little Women). This film was meant to be a vehicle to carry child actor Margaret into teen idol Margaret. It didn’t work. O’Brien plays Betty, a starry-eyed high schooler who only has eyes for Bobby. But Bobby is more interested in sports than girls. With grand schemes to win Bobby over Betty follows Bobby to Camp Chippewa for the summer. 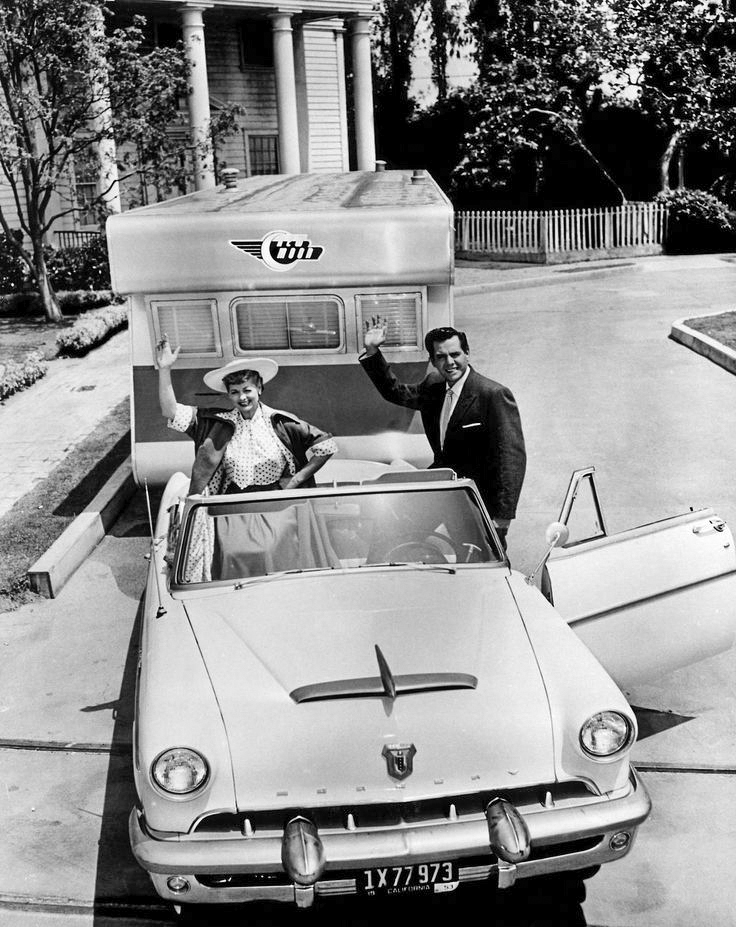 Real life husband and wife, Desi Arnaz & Lucille Ball, were some of the biggest TV stars with their show I Love Lucy. They made the jump to movies as a newlywed couple in The Long, Long Trailer. Nicholas (Arnaz) has taken a new job as a civil engineer which will require him to travel across the USA. Tacy, his bride, convinces Nicky to purchase a HUGE travel trailer to save money on purchasing a house and allow them to honeymoon in the Sierra Nevada mountains on their way to his first project in Colorado. If you’ve never seen the slapstick hijinks of Lucille Ball, you’re in for a ride! Hilarious glamping to follow. 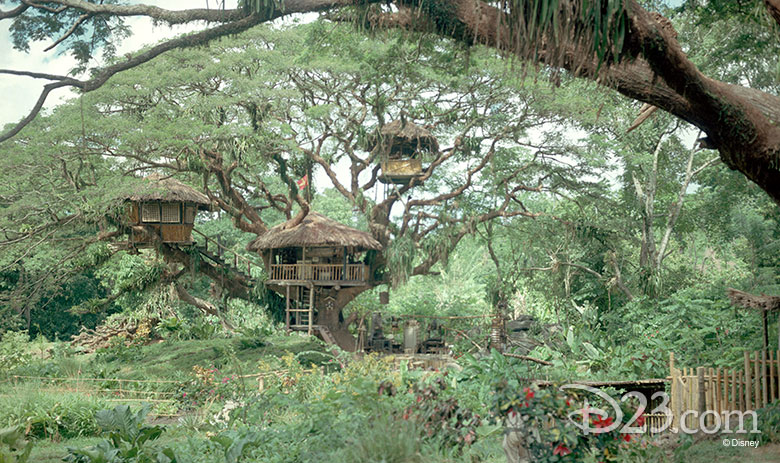 Stranded on a tropical island, the Robinson family – Father, Mother, and their three sons – are the sole survivors of a shipwreck. They must make a home for themselves and learn to survive new dangers while waiting for rescue. They make the best of this brave new venture and create a paradise for themselves among the trees. This is the swankiest camping on our list by far. 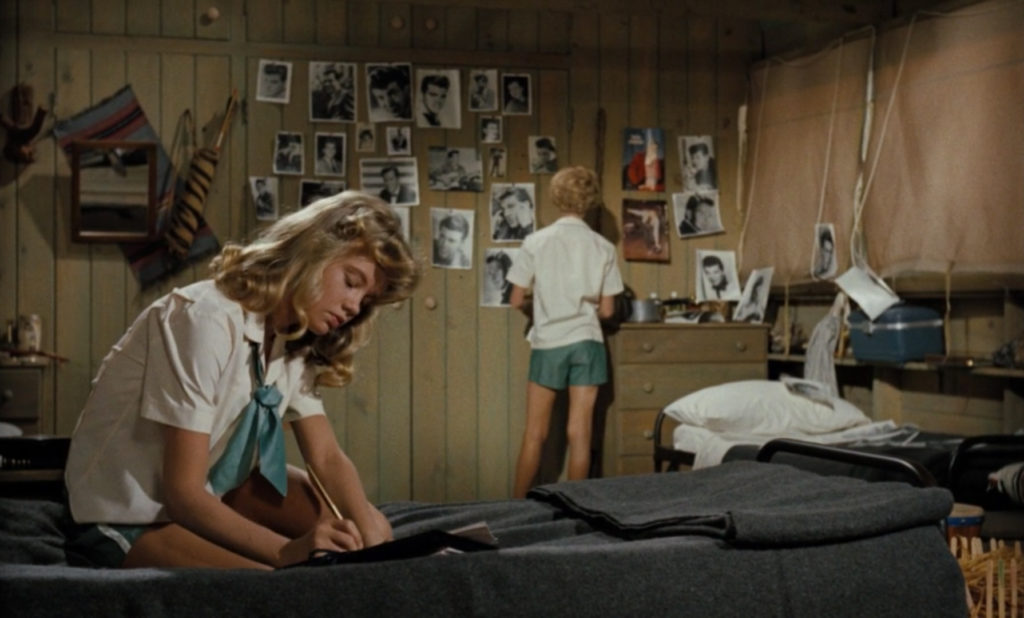 I am in no way going to compare the 1961 Hayley Mills and the 1998 Lindsay Lohan Parent Trap films because there’s enough room in our world for BOTH. Chances are you know the story. Two girls, sent away to camp, find they bear a striking resemblance to one another and learn they are twins, separated in infancy when their parents divorced. The rest of their summer camp experience is spent plotting and scheming to bring Mom & Dad back together. A classic among camp films, new or old! 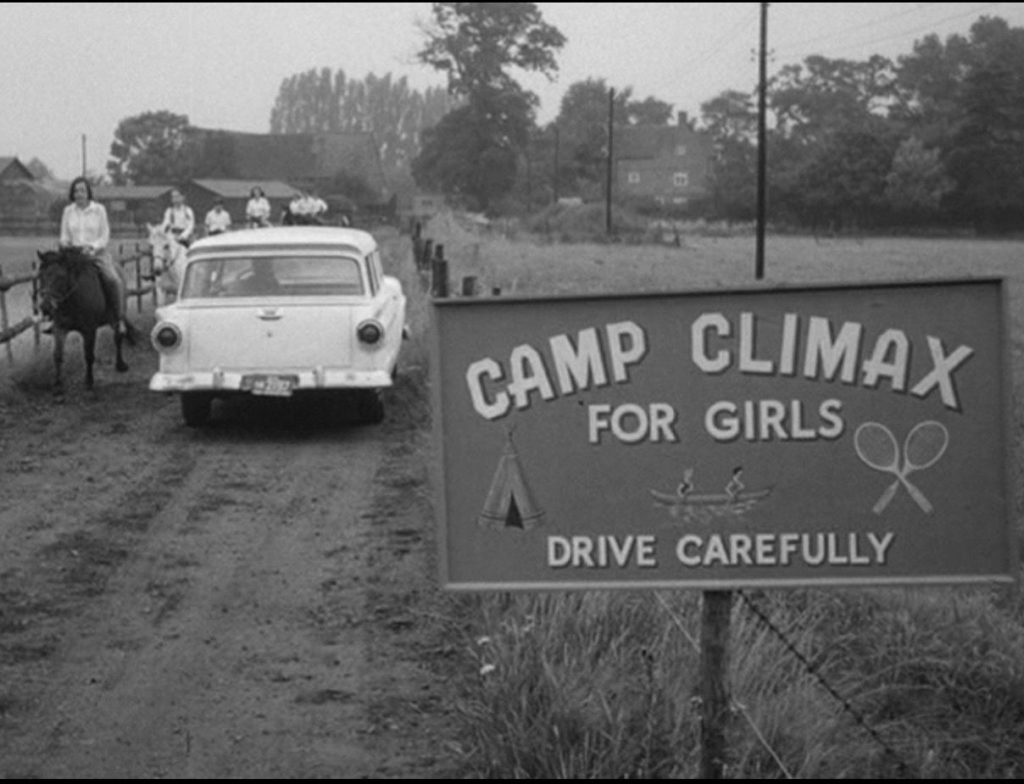 Lolita is not for everyone but the Stanley Kubrick film is considered a classic must-see by many. Based on the novel by Vladimir Nabokov, the book is narrated by a middle-aged professor, Humbert Humbert, who, in renting a room from a local widow, becomes obsessed with his landlady’s young teenage daughter. At one point in the story, Lolita is sent away to summer camp by her jealous mother and later retrieved from there by Humbert. 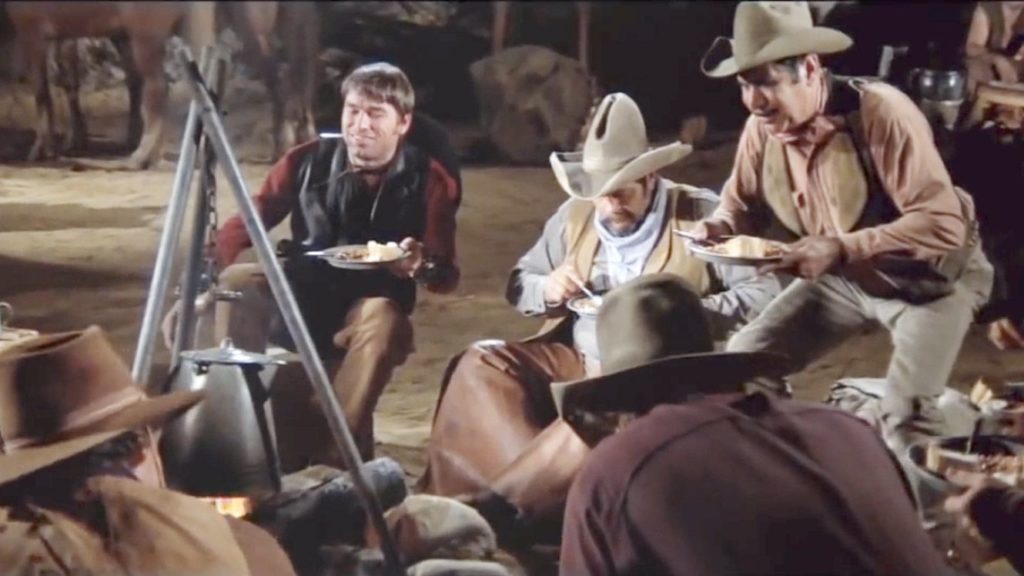 Via The Secret Acre

Another film that is not exactly about summer camp but has a very memorable campfire scene. The town of Rock Ridge, a frontier town in 1870s USA, is the next stop on the railroad pushing West. A greedy attorney, seeing money in the town, attempts to scare the townspeople into abandoning Rock Ridge. To do so, he hires a gang to terrorize the town and kill the sheriff and then helps to appoint a new sheriff, a black man, believing this will enrage the residents of Rock Ridge into leaving. It’s a Mel Brooks comedy, expect some (lots?) vulgarity. 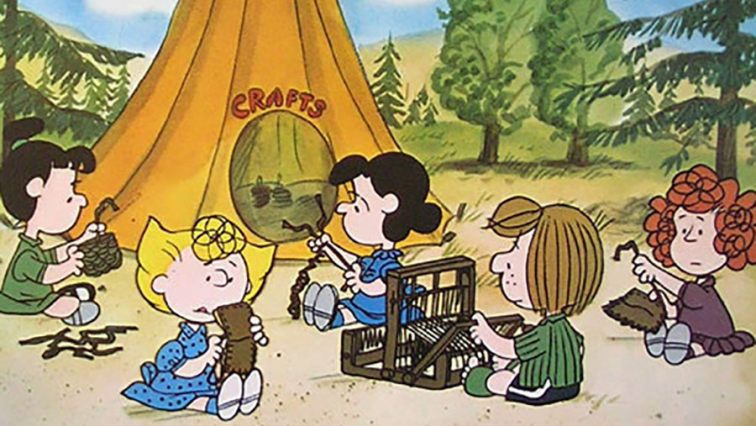 Charlie Brown and his friends are headed to Camp Remote and must make the best of camp life. Charlie, Linus, Schroeder, & Franklin become the target of a group of bullies. The boys must pull together to win a river raft race, against the bullies, who cheat, and the girls’ team, led by the confident Peppermint Patty. Who will win?! 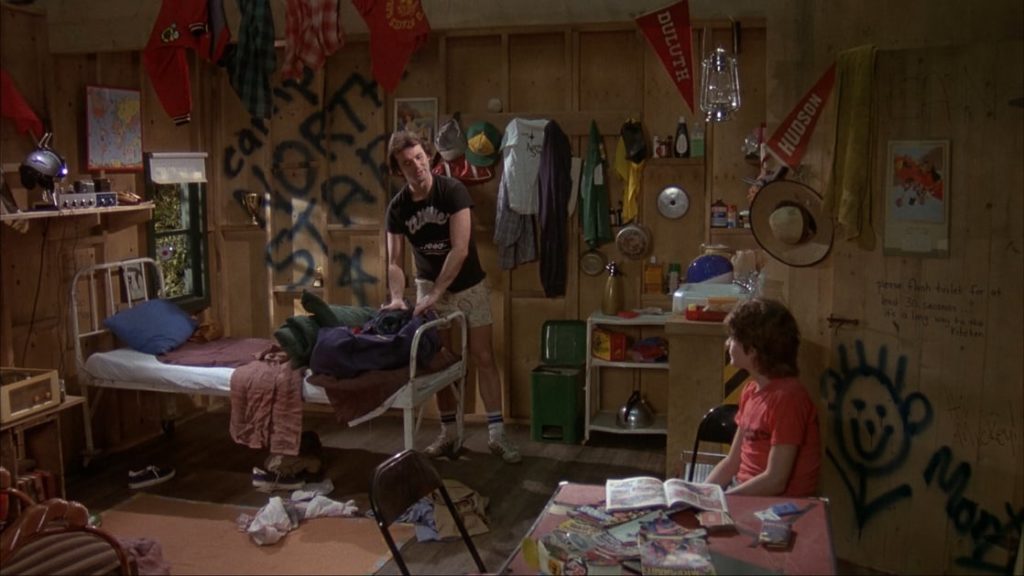 In one of his earliest lead roles, Bill Murray plays Tripper, head counselor at Camp North Star. North Star is a shoddy establishment and the impoverished rival of Camp Mohawk across the lake. Tripper leads his fellow counselors in practical jokes played on their director, in working with the campers to prepare for the annual Olympiad (played against Camp Mohawk), and in the many budding romances between counselors.

While not a full-length feature and barely a music video, this camp films list could not complete without A Letter From Camp by Allan Sherman (1963).

Sleepaway summer camps began in the early 1900s and rapidly grew in popularity over the next two decades. But they don’t seem to be considered worthy of cultural reference until much later, not coming to prominence until the late 1970s and 1980s. Some of this may be that early film, especially those movies of the silent era and early talkies, were focused on spectacle. Something so prosaic as a child’s summer camp could not compare with the deserts of The Sheik (1921) or Cleopatra (1934) nor the metallic glitz of Metropolis (1927) nor the sweeping epic of Gone With the Wind (1939). Films of this early era were contending to legitimize themselves against the stage, elevate themselves above low, childish entertainment (animated shorts), and prove their value as a worthwhile expenditure (depression-era economy kept the public at home). With the advent of the beat generation and counterculture narratives in the mid-century, the sights and sounds of the everyday became more desirable in media.

Whether you stick with a favorite or find some new camp films to enjoy, we hope you’re having a wonderful experience at this year’s IGGPPCamp!