Are you a fan of pop culture? Do you love when your books refer to your favorite things in veiled or outright terms? In Worldshaper, the first book of Edward Willett‘s new fantasy portal series, you get seamless current world references woven into new worlds.

Worldshaper is crafted brilliantly by providing subtle hints that the world Shawna Keys lives in is not our known world. A low-key reference to a professional lacrosse team, kite-fighting as a college sport, and lunar colonies provide the first hints. Over the course of the book, we discover more about the shaping of worlds and the degrees to which that occurs. This creates interesting philosophical questions for Shawna, and us as the readers.

“I’d always thought individuals mattered, that anyone could change their life and their future through hard work and hard choices.”

While there are deep questions about life and death, violence, and politics that you can ponder while reading Worldshaper, there are also lighter things to consider.

Worldshaper by Edward Willettt is available now from DAW Books.

Pick up a copy and let me know if there is a fictional world you’d want to live in or what small, subtle things you’d Shape into a changed copy of our world. 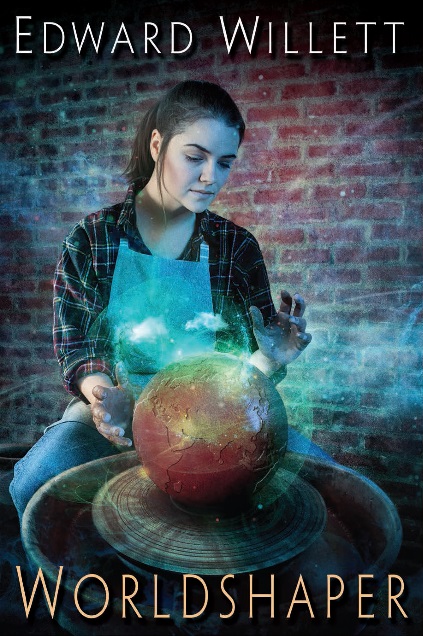 From an Aurora Award-winning author comes the first book in a new portal fantasy series in which one woman’s powers open the way to a labyrinth of new dimensions.

For Shawna Keys, the world is almost perfect. She’s just opened a pottery studio in a beautiful city. She’s in love with a wonderful man. She has good friends. But one shattering moment of violence changes everything. Mysterious attackers kill her best friend. They’re about to kill Shawna. She can’t believe it’s happening–and just like that, it isn’t. It hasn’t. No one else remembers the attack, or her friend. To everyone else, Shawna’s friend never existed…Everyone, that is, except the mysterious stranger who shows up in Shawna’s shop. He claims her world has been perfect because she Shaped it to be perfect; that it is only one of uncounted Shaped worlds in a great Labyrinth; and that all those worlds are under threat from the Adversary who has now invaded hers. She cannot save her world, he says, but she might be able to save others–if she will follow him from world to world, learning their secrets and carrying them to Ygrair, the mysterious Lady at the Labyrinth’s heart. Frightened and hounded, Shawna sets off on a desperate journey, uncertain whom she can trust, how to use her newfound power, and what awaits her in the myriad worlds beyond her own.

Edward Willett was born in New Mexico. He’s been a newspaper reporter and editorial cartoonist, a magazine editor, a writing instructor and a professional actor. He has written more than 30 works of nonfiction, ranging from biographies to science books to history books, but his first love has always been fantasy. He now lives in Regina, Saskatchewan, Canada, with his wife and a daughter. He can be found at ecblake.com.