WonderCon Anaheim Comic-Con wrapped up on March 25th. I discuss why it’s a fantastic convention and some offer some of the highlights here. But you have have noticed there was no comic news in my previous wrap-up. That’s because there was so much great comic news, I had to share it all in a separate post. But even this post won’t cover all the comic highlights (like the Rooftop Rock Marvel Funko animated short that premiered) because this post is about DC Comics (you know DC has my heart).

Read on for some DC Comics specific highlights from WonderCon 2018.

DC Entertainment co-publisher Jim Lee (Batman, Justice League, Superman Unchained, The Immortal Men) talks about his 30+ years in the comics industry and sketches your favorite characters live on the big screen. This is a great opportunity to watch the creative process firsthand and learn the tips of the trade that bring DC Entertainment’s characters to life.

I walked into the panel a little late and was surprised to see three guys up on stage with Jim Lee. It didn’t take me long to figure out what was happening: Jim Lee has now begun crowdsourcing his introductory stories. It was highly entertaining to listen to details that these fans picked up on (and have Jim interject with what they missed or got wrong). The panel of fans rotated for more of Jim’s life story before Jim settled into the typical question and answer session.

A spotlight panel with Jim Lee is always fun because of the interactions with the fans. And though some information is repeated every time (as evidence by the crowdsourced life story), there are always new gems.  I learned that Jim finds drawing Spider-Man to be the most tedious and he wants “Stan Lee to apologize to humanity for the tediousness of drawing Spider-Man.” He says he’d rather draw Aquaman’s New 52 tunic over Spider-Man any day.

Jim Lee also spent some time talking about his foray onto Twitch with his live drawing sessions and how he sees ways to impact and expand the comic business by using technology in new ways. He sees opportunities to gain new audiences by appealing to those who appreciate the art and craft of creating the comics. Listening to Jim’s stories, and occasional wisdoms, while watching him draw is always a treat.

Highlighted by the return of his trademark red trunks, Superman reaches an incredible milestone on his 80th anniversary April 18, as Action Comics, the book that introduced the superhero genre, hits an unprecedented 1000 issues! Join some of comics’ most talented writers and artists in a discussion of their favorite Superman moments, find out more details on the creative process behind this commemorative issue and what surprises it has in store for fans of the Man of Steel!

The panel, moderated by Paul Malmont, included the talent of Jim Lee, Alex Sinclair, Norm Rapmund, Dan Jurgens, Marv Wolfman, and Jason Fabok. It was great to see the talent behind some truly iconic Superman stories, which of course were discussed. Jim Lee told us about his favorite Superman story, Superman vs Muhammad Ali. Marv Wolfman told us about his dislike of Lois Lane in the early years (because she always disregarded Clark Kent) but how she became a much more three-dimensional character in the 80’s.  There was talk about the iconic and inspirational nature of Superman, what he means to the creators, about the Americana of him, and more.

And of course there were jabs about the Red Trunks. There was love and hate expressed. And of course, discussion about their return in Action Comics 1000. And to celebrate, everyone in the room got their very own pair of red undies. It was pretty exciting. Fans got to watch the first five episodes of the new Constantine animated series cut together in a seamless format (the entire show is designed to be seamlessly transitioned into film format). It is dark and horrifically gory and terribly humorous – exactly what you’d expect from Constantine. Interestingly, and sadly for me, the animated series does not pick up where the live action left off. It stands on its own (and retells a story about the missing soul of Chaz’s daughter).  All the same, I am ecstatic to see Matt Ryan as Constantine whenever and however I can. Even Matt Ryan still seemed amazed (and grateful) at how he gets to keep coming back to a character he thought he was done with. With any luck, maybe somehow, we’ll get more live-action Constantine, and not just in Legends of Tomorrow. But of course, that means we need to support Constantine: City of Demons. So go check out the new series. It’s available now from CW Seed.

Streaming live from WonderCon to fans around the country, DC Publishers Jim Lee and Dan DiDio will highlight key initiatives that have made DC the talk of the industry. The first few months of 2018 alone has produced two new imprints for young adult readers, The Sandman Universe line of comics overseen by Neil Gaiman, DC Black Label imprint, featuring a collection of edgy, provocative graphic novels and comic books, a new editorial team for iconic MAD Magazine and more. Some of the biggest names in publishing will take the stage with Jim and Dan to discuss how DC will elevate its iconic Super Heroes to a level never before reached.

I didn’t actually get a chance to go to this panel (I was watching the animated Constantine series), but they live streamed it and the panel now lives online. You can get all the news and feel like you were there by watching the DC Publishers panel now.

Scott Snyder explains the pain and joy of writing your favorite superheroes. Learn where the Dark Multiverse first came from in Dark Nights: Metal and about his upcoming plans for the Justice League. Also find out which characters from Dark Nights: Metal we might see lurking in the pages of upcoming DC titles.

Much like Jim Lee’s spotlight panels, Scott Snyder takes the opportunity to talk a little bit and then answer as many fan questions as he can, while also digressing about the topics now and then. Key gems from this spotlight included the slip that Mastodon and Marilyn Manson will actually be on that long awaited and previously announced DC Metal music album. And that album will be timed to release closer to the trades for Metal. He talked about how not only will Martian Manhunter have a big role in his Justice League, but so will Jon Stewart and Kendra Saunders. Particularly exciting for me was updates on the long awaited next arc of Wytches (due out this fall).  There was also a lot of great discussion about inspirations, vulnerability, and mental illness.

Scott ran out of time while many people were still lined up for questions, but he graciously offered to hang out and sign one item apiece for fans in the time he had between panels. A lot of people definitely took advantage. He’s a great guy who cares about the properties and the fans. And I experience it firsthand when I  randomly ran into Scott outside the convention center prior to his panel. Happily, I was even wearing my DC Metal t-shirt and he told me I looked great. Perfect coincidence. I completely fangirled when I met him. And that is what conventions are about! 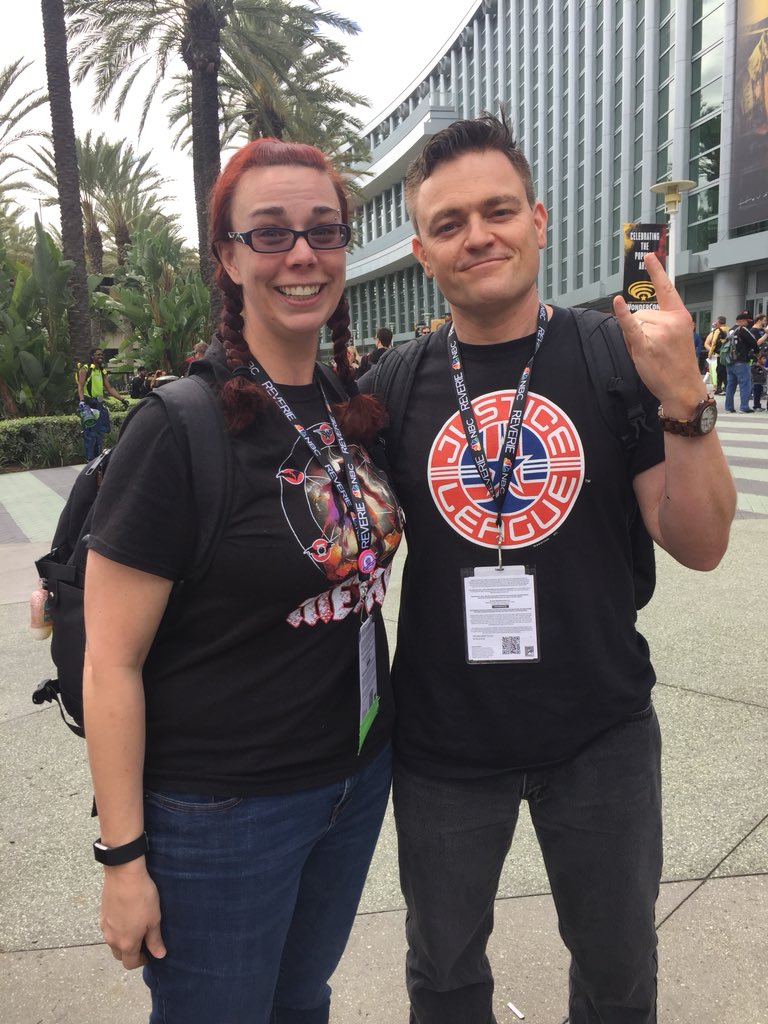 As a huge DC Comics fan, WonderCon had so much to see and do (more than I could get to) and I was in comic heaven. It’s a good time to be a DC fan (just don’t talk to me about the movies, okay?). And with the Black Label books set to release around August, there’s bound to be loads more great announcements coming out of DC Comics. What are you most excited about seeing?