It’s time for Thirteen. Today the thirteenth (or fourteenth, or even fifteenth depending on how you count these things) actor to play the iconic Time Lord, the Doctor, debuted at San Diego Comic-Con. New Doctor Who star Jodie Whittaker, along with castmates Tosin Cole (who plays “Ryan”) and Mandip Gill (who plays “Yasmin”), joined new showrunner and executive producer Chris Chibnall and executive producer Matt Strevens, to answer questions (well, vaguely answer– we all avoid spoilers to maintain the magic of watching together, right?) about the upcoming series, the heritage of a 50+ year old show, and having the Doctor in a female body for the first time in screen.

This morning we attended the press conference prior to the Hall H panel for the new series of Doctor Who.

When asked if there is going to be any difference in how the Doctor solves things, in light of being played by a female actor instead of a male one, Chibnall replied that “The Doctor’s still the Doctor.” In other words, the Doctor “will always be the person who can walk into a room….and solve the problem.”

When asked about the shift in moving from calling the other members of team TARDIS “Friends” instead of “Companions”:

On what we can expect from the new season:

He expanded to point out that they’ve only got two weeks of filming left and haven’t come across any old monsters yet.

Everyone also emphasized how THIS is the year to introduce a friend to Doctor Who, or to try it for the first time yourself. Not only is a new Doctor always a good place to start, but with everything being so new it’s particularly a good time to be New to Who. The word used was “inclusive.” 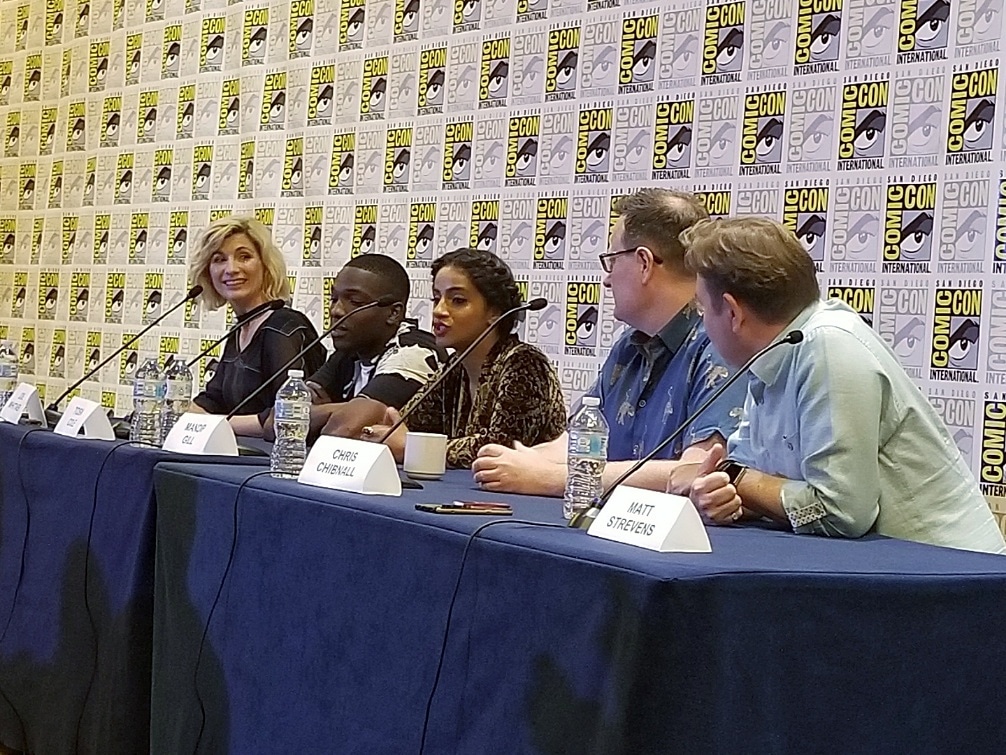 When asked about the moment she felt like the Doctor, Whittaker said she was “thrown in the deep end.” But she did say that early in filming there was a “kind of important speech” and that the moment solidified her feeling of being the Doctor.

Jodie Whittaker was also asked about a “woman’s touch” on the TARDIS: “I’ve got two hearts so I can do what I want.” She expanded that she’s not playing the character as a man or a woman because the Doctor isn’t– the Doctor is an alien. For boys watching the new Doctor Who? “[It is] okay to look up to women!….it will be really exciting when women aren’t treated as a genre but as a cast member.”

And the new friends? 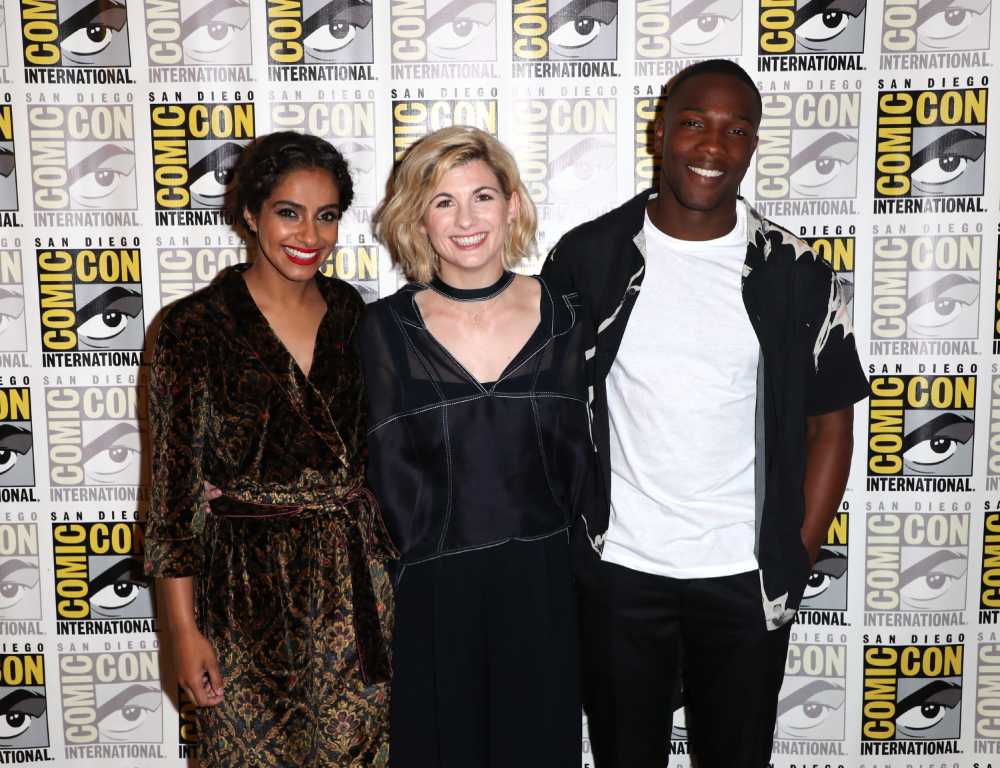 Gill described her character Yasmin as “a 19 year old girl who asked for more and got more.” She described the character as being completely in awe of the Doctor, and how she got a whole new family in her friends, with whom she has a really nice relationship with.

Cole described his character Ryan as “a chap.” He said Ryan goes with the flow and enjoys the ride. He’s “the most boisterous”, challenging the Doctor, and gets kind of a reputation for that.

When asked how they would describe Jodie Whitaker’s Doctor, castmates used words like “witty,” “bubbly,” and showrunner Chris Chibnall called her “effervescent.” She is described as filled with childlike wonder and a joy for living and for life itself. I for one am so excited to have an actor like Jodie Whittaker in the role and can’t wait to see what’s next for my favorite Time Lord.

Overall it was so much fun to see how close they already are and to watch the ease with which they spend time together, laughing and joking.

Watch the trailer for the new series of Doctor Who, premiering this fall.