One of the best things about Camp is that it’s not only about daylight activities. When the sun goes down, the campfire is lit and the songs are sung, it is the reign of the Night. And to me, night will always mean stars… Stars and planets, all shining in the sky like millions of beautiful jewels! So tonight, will you come with me in the darkest field around camp to sit down and gaze at the stars? Let’s practice a little astronomy!

Going out on a bright night and watching the stars is an easy activity to do, but you have to know where to start. The sky is huge, it changes a lot during the year and even during the night, so it can be a little confusing if you are only used to try to spot the brightest star! Let’s all watch the stars together! I’ll bring you tips and advice and it will be perfect… If the weather allows.

What to bring with you

You don’t need much to observe the sky. Basically, going outside and look up would suffice. But if you want to enjoy this trip in outer space, this is the supply you might want to bring with you : 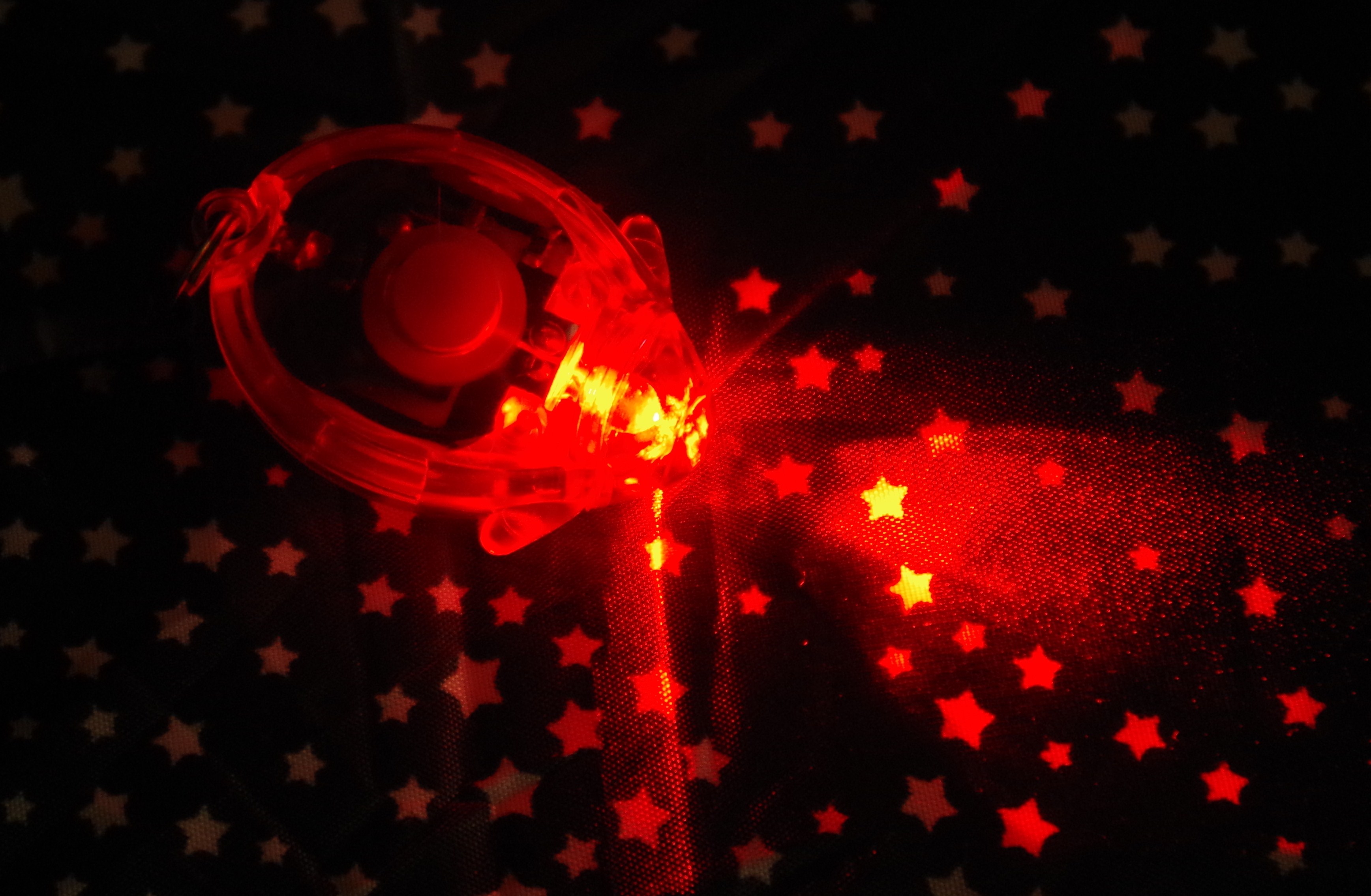 How to plan your observation night

What is mandatory is to prepare your astronomy evening before going out, because if you don’t, you’ll be so frustrated! So a sky map will be your best friend, along with a guide or ephemerides to tell you what is in the sky this night. And don’t forget to look at the weather forecast.

Before you go, you’ll have to check for:

For that, you can use those links and apps: 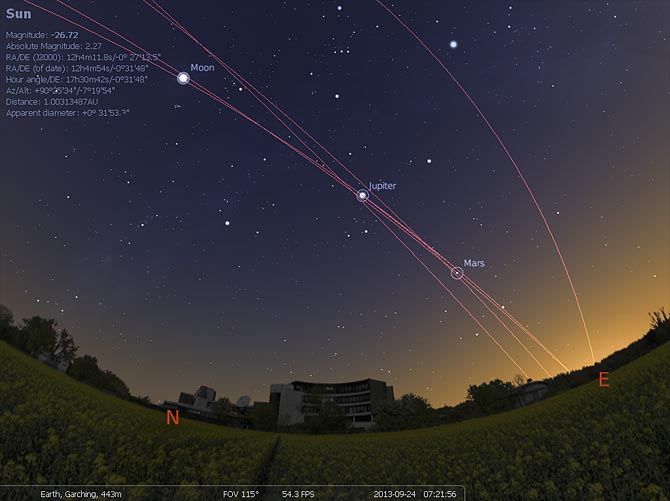 If you want to maximise the chance to see something, the best thing to do is to go somewhere far enough from the city so that the streets lights won’t bother you. A field or a hill would be perfect to observe the horizon, as well as a dark beach far from the city. A dark location is always the best place to watch the sky.

Now that everything is set, let’s learn a few facts about the starry sky!

You are living in the Northern hemisphere

You are lucky to live in the Northern hemisphere, because right now it’s Summer and the best moment of the year to watch a cloud-free sky.

The constellations in the Northern hemisphere are inspired by ancient Greek legends. It’s very easy to spot the most popular ones, even if you’re not familiar with their story.

Very easy to recognize, very big and full of bright stars, the “saucepan”, The Big Dipper, is a part of Ursa Major. It’s comforting to find it, because it can be used, with a sky map, to spot all the interesting things around. 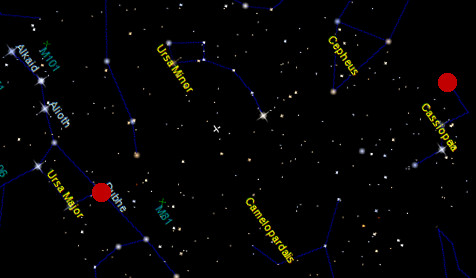 Not far, you’ll see a big W crossing the sky, and that’s Cassiopeia! You can use both of those constellations to find Polaris, the North Star, because it’s in the middle between them. Put both hands on the stars marked in red, and join them in the middle to find Polaris.

How to find the north star (animation gif)

It’s not exactly a constellation, but you can find 3 big shiny stars, above your head, during all summer. That will be the stars named Altaïr, Vega and Deneb, and it’s called the Summer Triangle. That’s the easiest group of stars to spot; you cannot miss it even if you don’t see a lot of stars from where you are.

You are living in the Southern hemisphere

You are lucky to live in the Southern hemisphere, because right now it’s Winter and the best moment of the year to watch a the sky because of the long nights.

Unlike the northern hemisphere sky, most of the stars and constellations have not been named by the ancient Greeks, but by more recent travelers. So instead of forgotten legends, you’ll find more practical names.

To me, it’s more like a kite, but the Cross is the most important constellation of the Southern hemisphere. So important that you can find it on several flag, like the Australian, New-Zealand, Samoan or even Brazilian ones! It’s very easy to spot, but beware for the “false cross” that can be mistaken with it. The Southern Cross is almost on the real “south” so it’s commonly used in astronomy for night orientation. 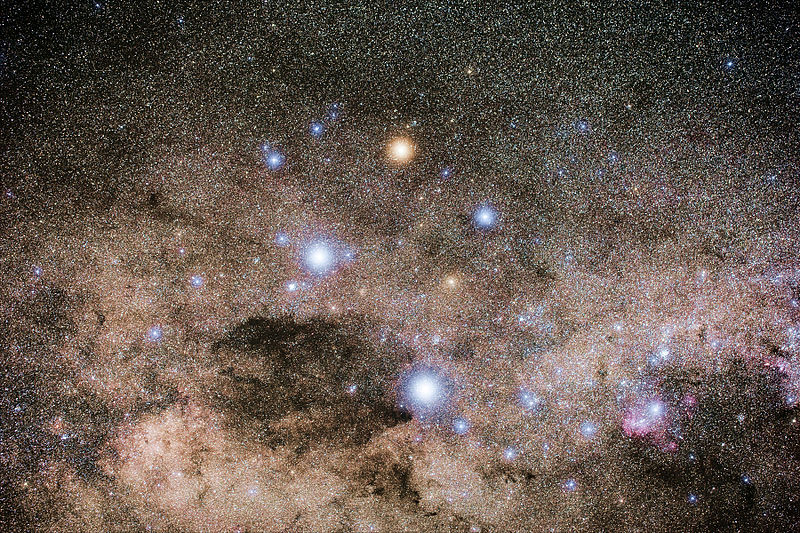 The southern cross (by Naskies at en.wikipedia)

The constellation of Sagittarius is a big one and quite easy to spot, especially if you are a tea lover, because of the “tea pot” that helps to recognize it. Actually, the Tea Pot has some “steam” coming out of its spout: and that’s the milky way ! 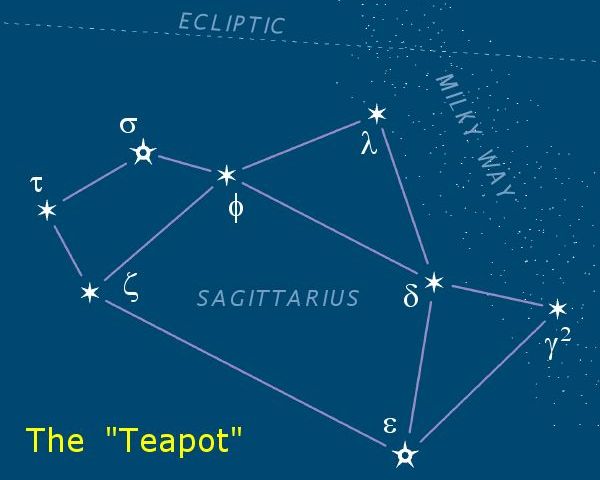 You probably know that we are living in a Galaxy named the Milky Way, and we can catch a glimpse of it when the sky is clear, the night is dark and there are no lights around you at all. You’ll see a white smoke spreading across the sky, that’s not a cloud, that’s the Milky way and that’s beautiful. Oh, and of course, if you are in the Southern hemisphere, it shines brighter. You’ll find it all around the Southern cross. 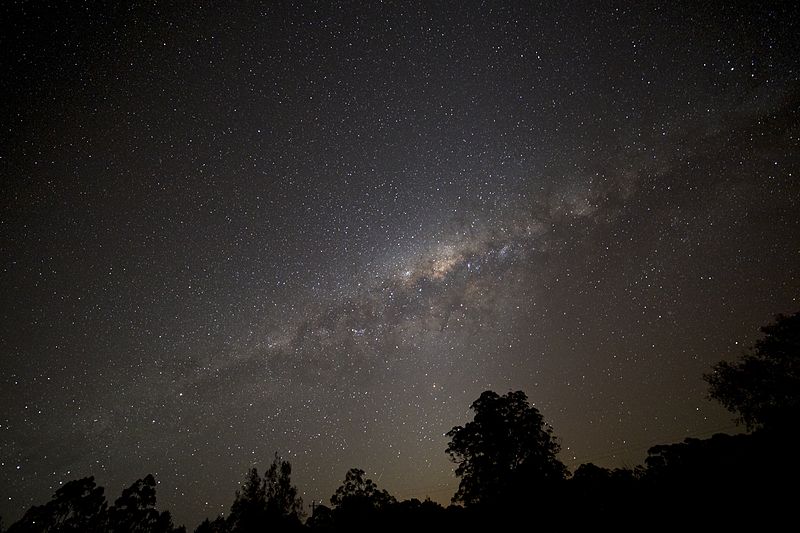 It takes some skills to see the difference between a star and a planet. At first, your eyes won’t guess there’s any difference, but if you look closely at all the stars, you’ll see they don’t shine constantly, their light will flicker a little. The reason is that they are so far away that all the light emitted when the star shine don’t arrive on Earth. It’s very subtle, but as soon as you’ll be able to see this, you’ll remark that the planets’ light, on the contrary, won’t flicker. Planets are very close to Earth and only reflects the light of the Sun, just like the Moon does. So if you are watching at a big, bright, constant light in the sky, it might be a planet from the solar system.

Planets in the sky this summer: Mars and Saturn are very easy to spot, plus they are very close!

During camp this year, the moon will be from full moon to third quarter, which lets us see a lot of things, and that’s great. If you can see the moon tonight, the most interesting part of it is at the edge of the shadow, which makes you see the relief. The moon is not flat and that’s the best way to make sure of it!

For more information about the moon’s geography, you can have a look at a moon atlas.

This is the time of year when you’ll be able to see more than just stars and planets. Some galaxies and other celestial objects can be seen with naked eyes, as well as some shooting stars. So, are you ready to go out and watch the stars with us? Don’t forget to tell me what you saw on your astronomy night in the comments!