Her Universe Fashion Show 2017 – Recap and Winners, plus New Collection Coming to HotTopic

Her Universe Fashion Show 2017 – Recap and Winners, plus New Collection Coming to HotTopic

Thursday night at San Diego Comic-Con, the Manchester Grand Hyatt in downtown San Diego became the epicenter of Geek Couture for over two hours, as up and coming designers competed with their geek chic gowns for an opportunity to partner with Her Universe and HotTopic to design an upcoming collection to debut in 2018. 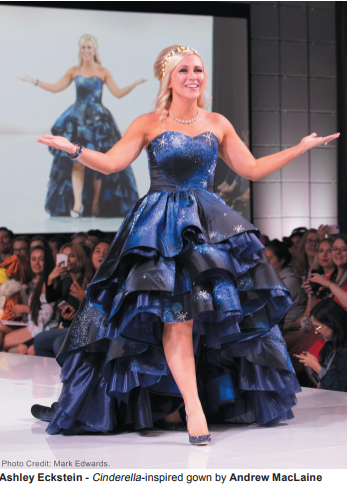 The night began with a story about following your dreams, and that continued through the show. We first got a peek at the new released from Her Universe, including the Wonder Woman collection that has been selling out across the country. Because it is one of the best selling collections in HotTopic history, they are re-ordering, so you’ll still have a chance to get your warrior wear later this fall. 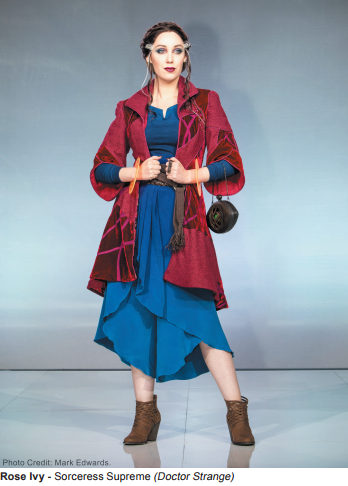 The designers were presented in groups, with each gown inspired by a different geek fandom, and everything from Disney to Stranger Things. We got to see short videos of the designers talking about their inspiration and method. For many of them, the show was their first foray into high fashion, and they pushed themselves to create something new and exciting. 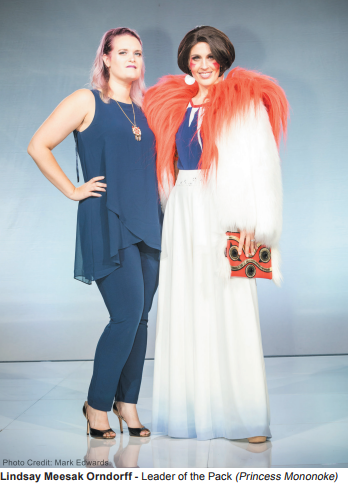 There were three winners this year, two chosen by the panel of judges and one by popular vote from the audience, and they will collaborate on a Disney Princess line that is set to come out in spring of 2018. Doctor Strange-inspired Sorceress Supreme by Rose Ivy, Princess Mononoke-inspired Leader of the Pack by Lindsay Meesak Orndorff, and Hitchhiker’s Guide-inspired Don’t Panic by Grace DuVal each embodied the dreams and passion that the show celebrated. 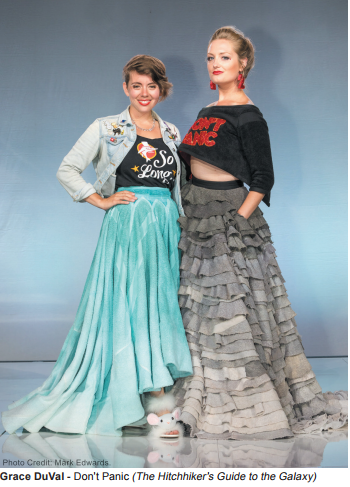 “Don’t Panic” was created entirely of towels, while some of the other looks drew from other non-traditional sources as well, including a beautiful Moana-inspired dress made from re-purposed dresses that belonged to that designer’s grandmother.

Overall the night was a celebration of the blend of fandom and fashion, and pushed the genre further. It’s an exciting time for geek chic, and the more it grows, the more opportunities will expand for geeks of all stripes to find a way to celebrate what they love in their wardrobes.