Have you ever wanted to be someone else? Maybe it was your favourite video game character from a series you’ve dedicated your life to. Maybe it’s the character you created yourself in a game where you make the calls. Or, maybe it’s just that something about a character or world that you can’t experience with measly reality. Roleplay is a word with a lot of different meanings to a lot of different people, but for many, it carries an undeserved negative connotation. Roleplay, however, can be brilliant writing practice or a way to immerse yourself in a fiction world. A way to be nerdy while also being social? Is it even possible?

Essentially, in whatever form the roleplay takes, it is simply creating a character and interacting with other people who have also created characters as your character. You can create plots and ways the characters would interact with each other. Let’s learn more! 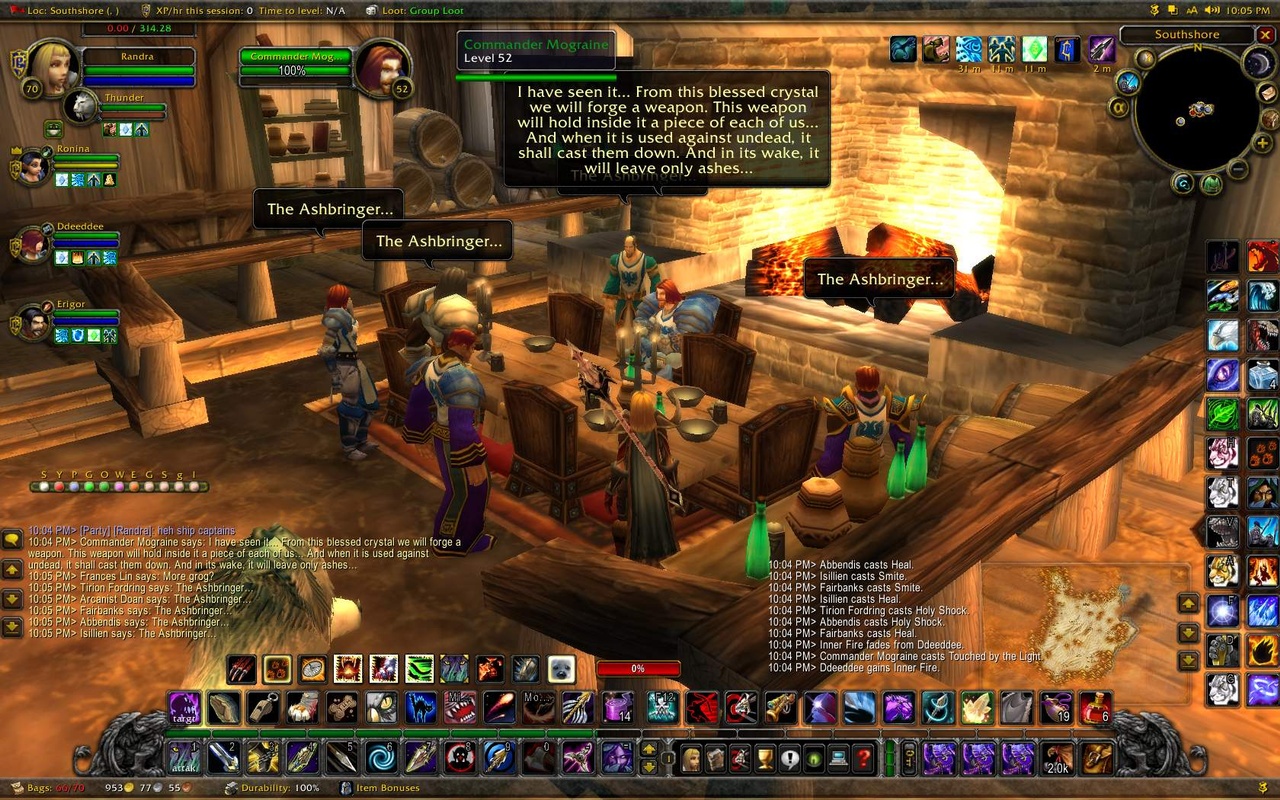 A lot of games with a chat system – particularly MMOs (Massively Multiplayer Online Games) such as World of Warcraft or Guild Wars 2 – will roleplay in-game! Using your avatar, you create a story for the character and interact with other players. Some games will have roleplay guilds, where a community of roleplayers gets together, inside and out of game, to roleplay characters together and often have longer, more complex storylines. It isn’t necessary to be a part of these guilds to roleplay, though, as you can sometimes find random RP in public places, particularly major cities with little combat. If they are RPing in a public space such as this, it’s often acceptable to simply approach and find a way to insert your character into the conversation. Finding an RP guild in-game, though, will greatly increase the amount of RP happening, especially an established guild with some sort of outside messaging system. Pick an in game roleplay if you’re already invested in an MMO with a story you enjoy. 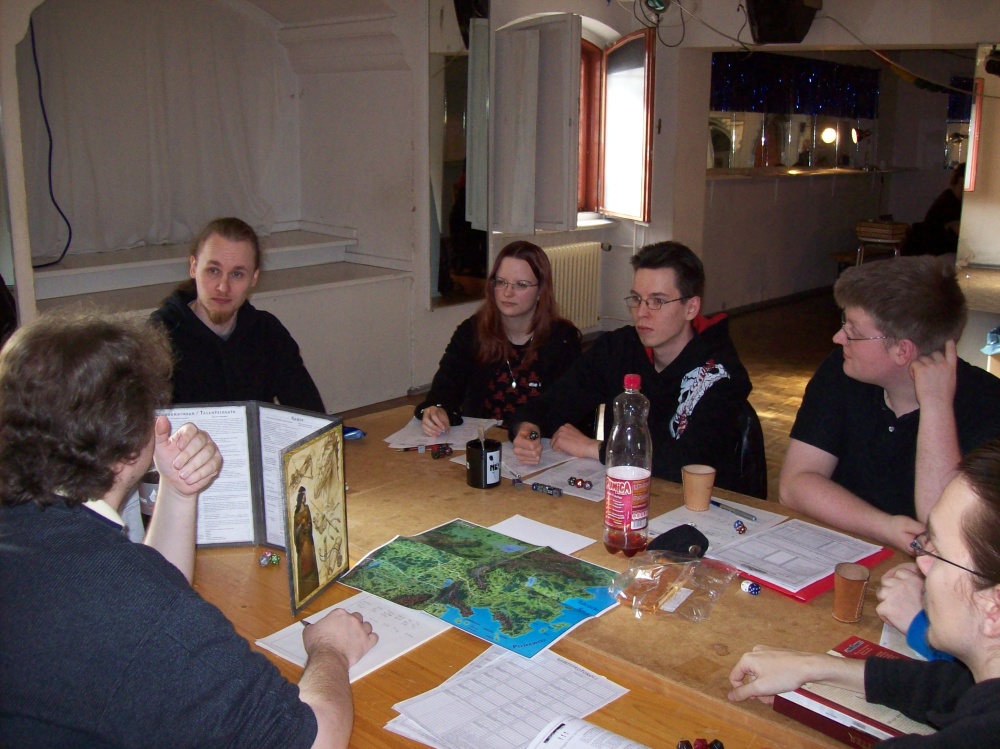 The most traditional form of roleplay, it’s most popularly known as Dungeon and Dragons. However, there are lots of different variations of the game. Generally these kinds of games come with their own lores, and they combine actual game mechanics with the roleplay. You combine staying in character with talking to non player characters (NPCs) that the person running the game creates, as well as actually fighting enemies with your character’s abilities and stats. Pick a tabletop RP if you enjoy the strategy and are looking for something long term, as many tabletop RP take several sessions, each session being anywhere from an hour to twelve, depending on how serious your group is. 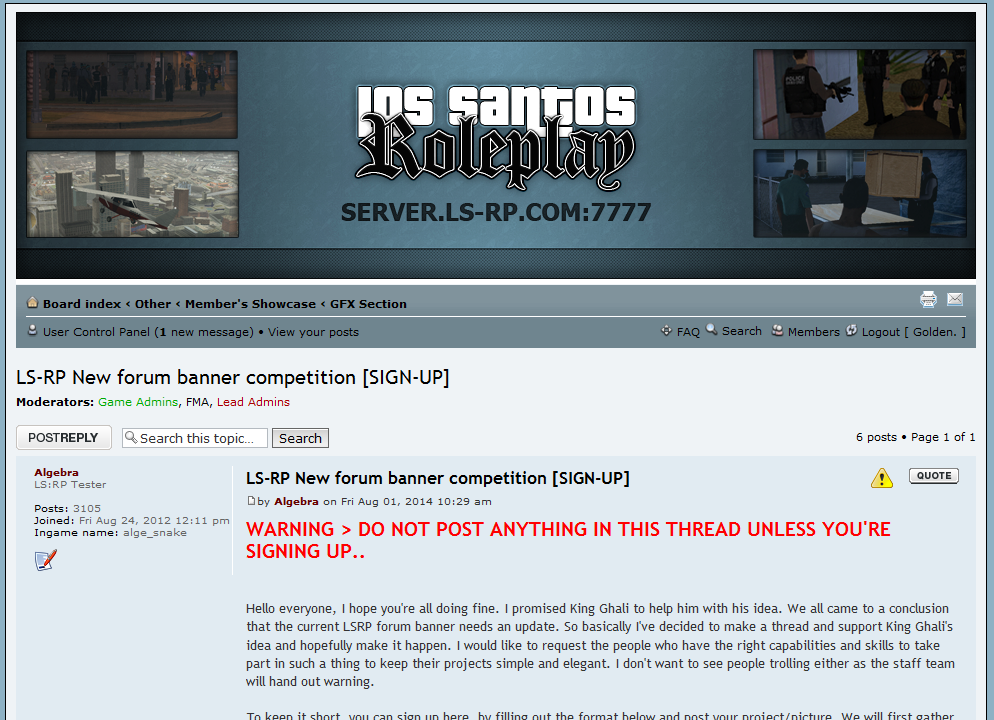 A messaging system could include such programs as Skype or Discord, but things such as Forum RPs are equally popular. Some people even create RP blogs on Tumblr, simply reblogging posts from people to respond. This is kind of the basic form of roleplay, as it doesn’t involve the in-game aspect of having avatars, nor the combat and strategy of tabletop RP. Using a messaging system, players respond back and forth. Messaging systems are also largely preferred for long RPs due to the aspect of being able to respond whenever and wherever is convenient. Pick a messaging system roleplay if you’re looking for a lower stress roleplay where you can reply more freely and not just constantly. 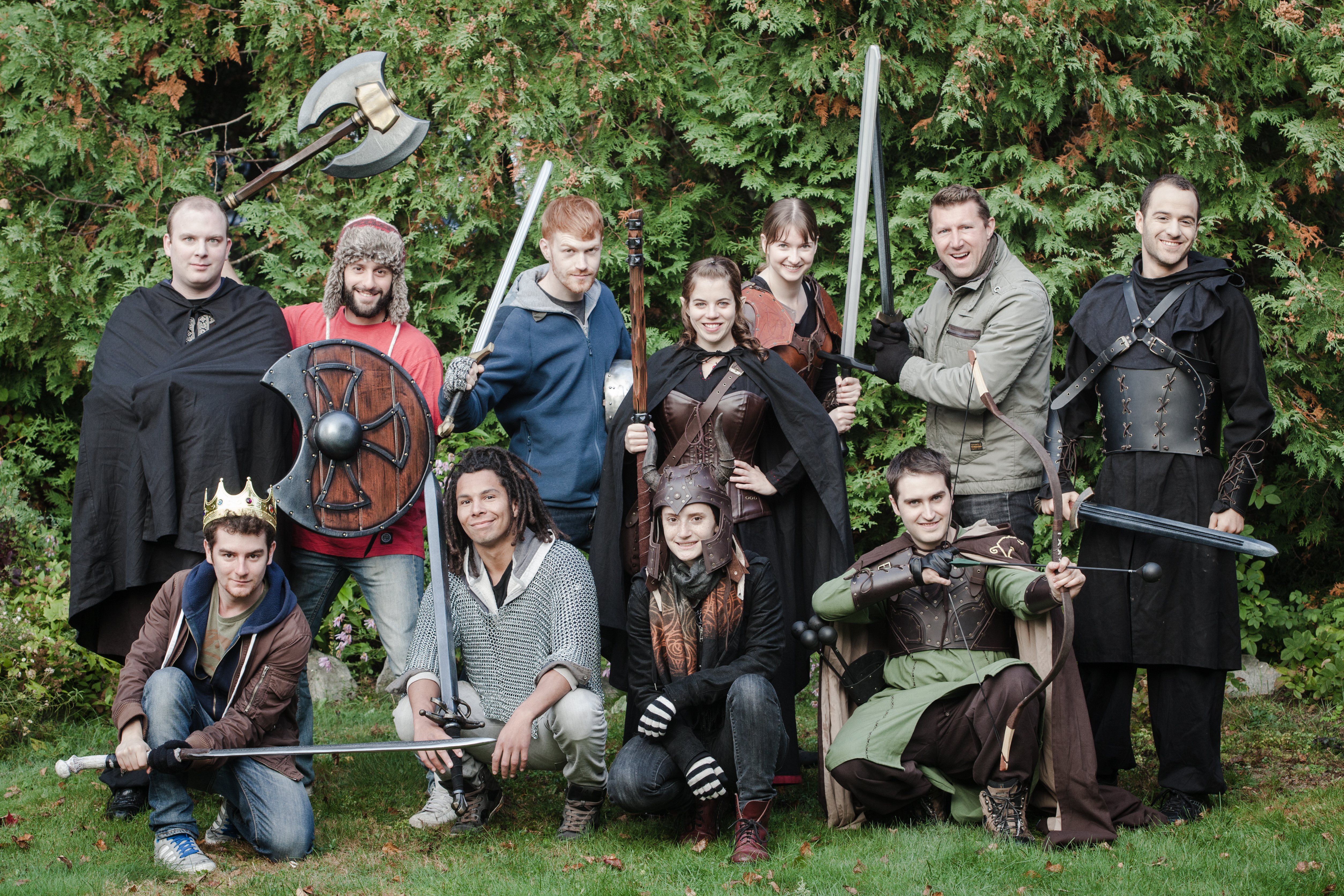 Live Action Roleplay, or LARP, is the kind of roleplay where players meet up in real life and interact person to person. Some people prefer it due to the human contact, others don’t because it’s a little more like acting than other forms of RP. Depending on the LARP, there may or may not be fighting and/or cosplay. The idea is to create an immersive world entirely separate from our own, and players are very dedicated. This kind of RP is less common, but if you google LARP in your area, there’s often something to try. Pick live action roleplay if you like the idea of interacting face to face with other roleplayers. It’s also a good choice for anyone already interested in cosplay or fake combat/weaponry, since many LARP events use both of those things.

Roleplay is all about your character. They need to be someone you feel comfortable acting as. A good suggestion for creating a character is to take a personal character trait and make it your character’s focus. This creates a character that you can identify with on a certain level but is not exactly the same as you. Try to incorporate whatever world you are working with into the character. Think about who they are and how they might react to things that have happened or how their race or gender would be perceived in the world.

If you’re playing in-game with an already established avatar, work off of that and give them a story. Do they have a scar? Why? Who gave it to them? Any tattoos? Why? Do they mean something specific, or were they drunk and stupid? Have dyed hair? Why? Don’t have dyed hair? Is it their natural colour? Would they be super opposed to dying their hair? Have a body deformity or disability? All of these physical things can tie into your character’s backstory and develop a personality you didn’t even realize was there.

Fuck Yeah Roleplay Advice – a tumblr account that has resources and roleplay advice, including music for inspiration and how to write starters.

LARP Books – a list of books for getting into LARP on Amazon.

Discord – a useful messaging system perfect for RP, as well as connecting with roleplayers out of game, tabletop sessions, or LARPing events.

Roleplay is all about enjoying yourself, so despite how complicated it might seem at first, never forget that you’re meant to have fun with it. If you aren’t, there’s not much point! A great many budding writers and actors use roleplay as consistent practice in their fields, where you’re constantly writing/acting and trying to understand you character’s motivations as well as what they would think of the other characters. It’s also just a great stress reliever when you don’t have to be yourself for a little while, and can fit yourself into someone else’s shoes for a bit. After all, haven’t we all wanted to be someone else, from time to time? Roleplay gives us the perfect opportunity in an excellently nerdy way.