Economics Encountered at a Convention (SDCC and beyond)

Economics Encountered at a Convention (SDCC and beyond)

If you’ve ever been to a large convention, like San Diego Comic Con, you’ve probably encountered and demonstrated some key economic concepts without even realizing it.  I’m not just referring to your spending habits (or lack thereof).  As I prep for the nerd pilgrimage to San Diego, I thought I’d highlight some valuable economic concepts and how they are demonstrated at conventions.

The basic theory behind supply and demand states that there is a price point where buyers and sellers agree to make an exchange. That price point fluctuates based on how much of a product is available and how much consumers want that product.  Rare items that a lot of people want will generally end up at a high cost point. This is where most of the Comic Con exclusives fall (and why vendors can charge an arm and a leg for them).  But that’s not the only reason the costs are high.

The concept of scarcity is defined as “the basic economic problem that arises because people have unlimited wants but resources are limited.” Generally, the more limited an item, the higher the demand and the cost. Tickets to Comic Con are an example of scarcity. This also plays out on the exhibit hall floor at conventions. But your time is also a scarce resource at conventions. Because you have a finite time available, you need to prioritize the use of it to make the most value (i.e. have a plan to not waste precious, scarce time doing things that won’t be beneficial to you).

Perhaps one of the most commonly experienced economic concept at a convention is opportunity cost. At its simplest, opportunity cost is about tradeoffs. To gain something, you have to give something else up. The trick is understanding the costs of various actions, or inactions.  Choose to do something that is the most valuable to you and is more valuable than what you are missing out on.

One of my first years at Comic Con, I decided to try to get into Hall H for the Game of Thrones panel.  The Game of Thrones panel was not the first panel of the day, in fact it was probably around 2 or 3 in the afternoon. I got in line around 7am (keep in mind this was pre-wristbands and right around the time more people started camping out overnight).  I made steady progress moving forward but did not get into Hall H for the first panel of the day. After the first panel let out, some people left and more people were let in. At that point, I made a little forward progress but not a lot. This is when opportunity costs came into play. I was far enough back in line that it did not seem like a guarantee that enough people would clear the room for me to get in, but it was a possibility. I could spend the rest of my day waiting in line for the chance to get in and see the Game of Thrones panel. Or I could ditch the line and find something else that I was guaranteed to do or see. I gave up the chance at the Game of Thrones panel for a more known quantity.  I don’t remember specifically what I saw, but I know that at the time I found it to be worth it. And I was introduced to new properties that I otherwise would not have discovered. I did something that was more valuable than what I missed out on. 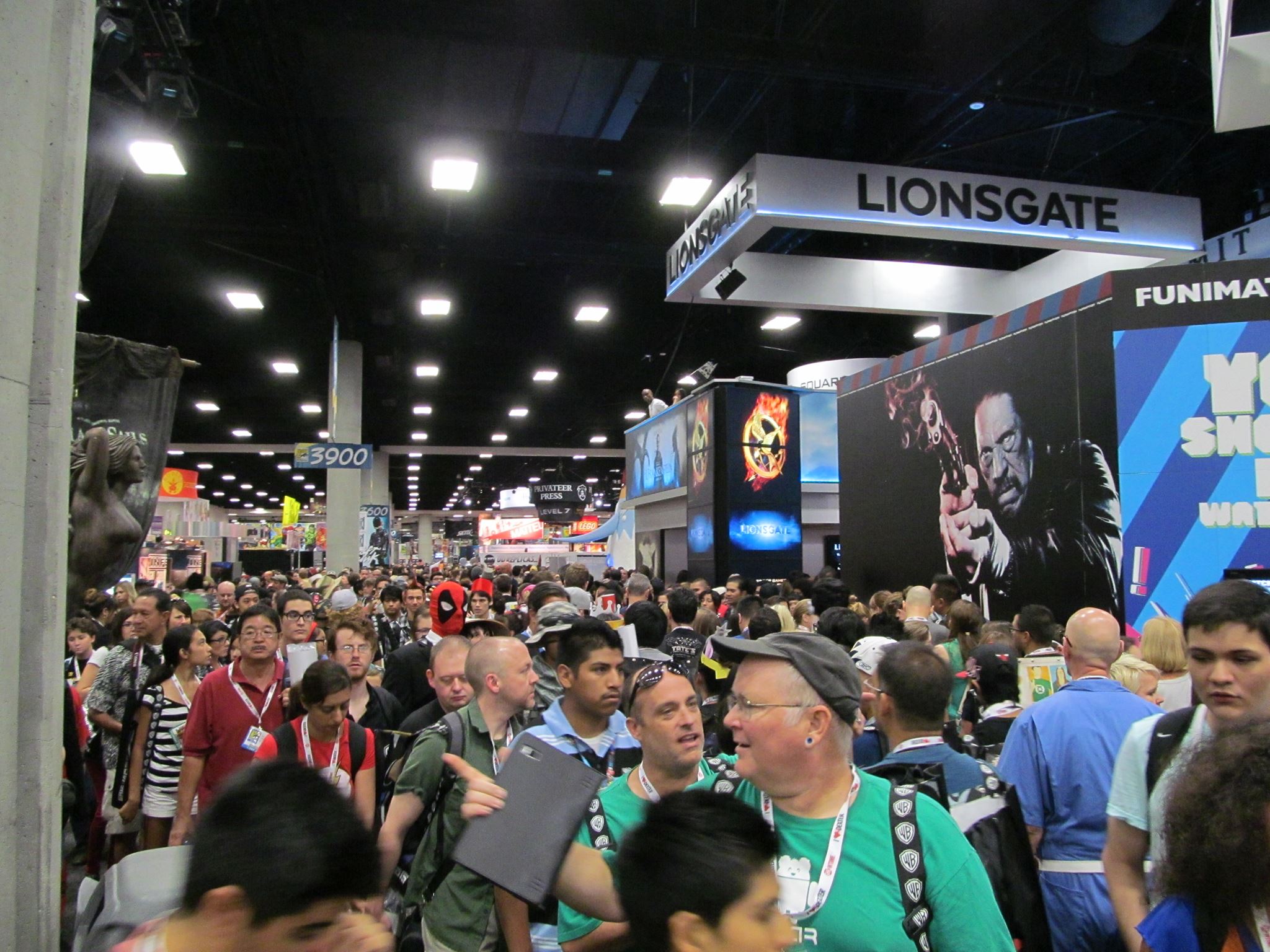 Explanations of costs and benefits can get very detailed but on the surface people are likely to make choices that benefit themselves with the least cost. The benefits typically will (or should) outweigh the costs.

Just choosing where to stay in San Diego can be a game of weighing the costs and benefits. Do you want to pay (much) more to be closer to the convention resulting in potential benefits like more sleep, less travel time, the ability to change and/or rest? Or do you want to stay further away from the convention and save additional money and get away from the madness? Costs and benefits can also be applied to your general comic con perspective in regards to planning for panels and lines.

The surest way to get people to behave in desirable ways is to reward them for doing so—in other words provide them with incentives. This is so obvious that you might think it hardly deserves mention. But it does. Incentives also play into opportunity costs as well as costs and benefits. Incentives can be found amongst all the off-site experiences luring you away from the convention center with swag and other experiences as promotional tools. Incentives can lure you into spending more money than you originally planned and/or produce undesirable results.

An exhibitor on the floor decides to offer a free item to everyone who stops by. This can clog their space (and the surrounding space) with people only clamoring for the free item. As a result, people avoid the exhibitor and/or only get the free item and then leave not spending any additional time or money with the exhibitor. That’s an incentive gone wrong.

Because I am not an economist and it’s been over a decade (I am getting old), since I’ve had any economics classes, I refreshed my memory using the following websites:

Any errors on the explanations of the economics are mine alone. This is just meant to be an illustration of how you can understand the concepts in other familiar settings. Learning is fun!

What experiences have you had to illustrate some of the concepts above? Share with us in the comments or on our social media!