I set forth this month to begin a series on women in science. I knew I wanted to cover Ada Lovelace and Marie Curie. I had Marguerite Perey lined up for this month but, I recently discovered that October 15th is Ada Lovelace Day!

Ada was born in London in 1815. Her mother adored math and wanted to make sure Ada didn’t become a poet like her father so she raised Ada with a love for science and math. Ada loved machines. This would become apparent when she met Charles Babbage in 1833 when she was 18. Babbage was an inventor and a mechanical engineer.

Two years later, Ada married William King. King became the first Earl of Lovelace in 1838. This made Ada the Countess of Lovelace and she began signing her correspondences with the initials AAL (Agusta Ada Lovelace). She and William had three children born in 1836, 1837 and 1839.

In 1842,  Ada was commissioned to translate lecture notes written by Italian engineer Luigi Menabrea. The notes detailed a lecture that Babbage gave a lecture at the University of Turin. Ada added her own notes to the translation with her final note containing the key to her fame today.

In her final note she wrote an algorithm – the first computer program – to be used in Babbage’s Analytical Machine. Prior to algorithms of this kind, computations needed to be done by hand before being programmed into a machine. Ada’s algorithm was the first to complete computations without programming the answers in advance. 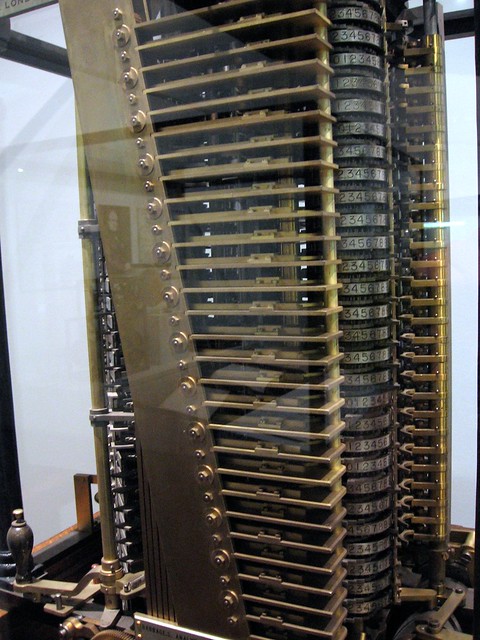 Unfortunately, Babbage did not receive the funding needed to test his machine so the algorithm was  left untested.

Ada did not stop educating herself even after translating the lecture. What struck me most is that she became a fangirl of Michael Faraday, a scientist known for his work in the field of electricity, and vied to be his pupil. Babbages put in a good word for her too. Faraday never did agree to tutor Ada. At age 36 Ada Lovelace died of uterine cancer. She was buried next to the father she never knew.

Even though Ada was not able to test her work on the Analytical Engine, in the 1940s, Alan Turing referred to Ada Lovelace’s notes while working on the first modern computers.

100 years before her time, Ada’s contribution to computer programming is definitely something to celebrate!

Toni Conn lives and works in Southeastern Michigan with her gamer husband. She makes pinback buttons for geeky businesses so they can grow their community. She's an administrative assistant by day.