Why Donna Noble is the BEST

Home/General, TV & Movies/Why Donna Noble is the BEST
Previous Next

Why Donna Noble is the BEST

I mentioned in my first post that my hands-down favorite companion is Donna Noble. As I talk to other people who watch Doctor Who, I’ve found that my favorite companion is extremely polarizing. People either love her or hate her. For example, at NYCC 2014 I was at a Doctor Who panel, and a girl asked the panel to defend Donna and even video taped them on her phone to show her dad because he thinks Donna is “annoying.”  Annoying seems to be a common term to describe Donna, but here are a few reason why this “annoying” character is my all-time favorite.

Hartnell: There is never any romantic relationship between her and the doctor, or any hints of one.
My friend recently told me a story on our podcast about how she doesn’t watch westerns because she wants to sleep with the cowboys, she watches westerns because she wants to BE the cowboy. This is always how I’ve viewed Doctor Who and why I find the constant flirtations in recent seasons so frustrating. I don’t want to sleep with the Doctor, I want to BE the doctor. And when Donna becomes Doctor-Donna, she very briefly gets to do that.
I also think that platonic relationships are something that should be encouraged more than they currently are in popular culture.We need more Doctors and Donnas. Ron Swansons and Leslie Knopes. Harrys and Hermiones. Liz Lemons and Jacks. IMHO there are not nearly enough platonic relationships between men and women in television or film, and considering the large majority of relationships in life are platonic it would be nice to see some more on screen. 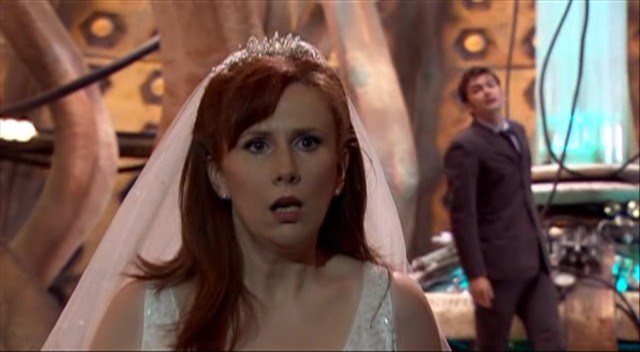 Troughton: She was ready to go. The second time The Doctor asks Donna to travel with him, she reveals that she actually had luggage waiting in the car just in case. She had a lot of time to think about traveling with the Doctor, and when she decided that she wanted to, she packed her bags and had them waiting. That level commitment is an admirable trait. 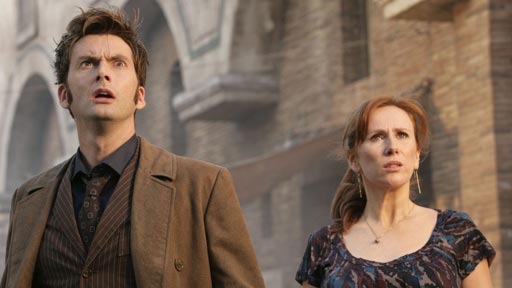 Pertwee: She asked questions and made herself heard! She continually was a dose of reality and empathy when the Doctor forgot. The Doctor has tendencies to make more cold and heartless decisions when left to his own devices, and Donna wouldn’t have it. She also never stood for The Doctor, or any other alien for that matter, looking down on her or refusing to see her point of view as valid. She voiced her opinions loudly and often. This is what most people seem to find annoying about her, the fact that she yells until someone hears. But, that is one of the things I like most about Donna. She never gives up because she knows that she deserves to be heard and sometimes all you can do is just keep talking until someone does.

Baker: She is refreshingly normal and a little bit of a mess. One thing I like about the majority of The Doctor’s companions is that they are just ordinary people who become extraordinary when put in an impossible circumstance. Donna Noble certainly falls into that description. She’s a temp and lives with her parents. While she’s not stupid, she’s also not a super-genius. She looks like a normal person too, she’s not super skinny and doesn’t look like a supermodel. But while she’s not completely pulled together, she is proud of her abilities. Need I remind you that she is the best temp in Chiswick? (Who also happens to be the most important woman in all of creation!) It is so easy for me to relate to her. While River Song, for example, and Donna share a lot of traits that I find admirable, I will never relate to River like I do to Donna. Forget the notion of a “strong female character”, I want to see someone who is multifaceted, a bit of a mess, and trying her best. I want to see normal.

Davison: She’s older. Let me take this opportunity to say to Hollywood that I REALLY REALLY LIKE seeing women protagonists who are older than 25! So many female characters are either a young 20-something or a grandmother. That’s great and all, but we spend most of our lives being neither of those things, and even a large chunk of it being *gasp* middle age! So why can’t we have some characters to look up to? Why can’t we have some characters that young girls can aspire to grow up to be? More Donna Nobles! More President Rosalines! More Jody Mills! Now that I’m around the age that Rose, Clara, Amy are, I really love that I can still have someone to look up to. 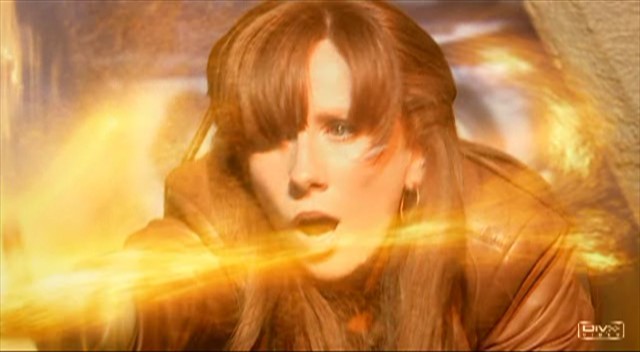 McCoy: She had the most taken away. This breaks my heart and for me makes Donna’s departure sadder than that of any other companion. At least they have the memories; Donna has nothing.
Where do you stand on Donna Noble? Let me know why you love her, or why you don’t!